I love to eat, and to travel. I want the best of both worlds in India. Suggestions?

There's the apricot-and-pistachio-rich Kashmiri cooking. The spicy ocean-influenced flavours of Goa. And the tandoori-style barbecue of the Northwest. And…

"You can go to India a thousand times and not experience the same kind of cuisine," says Raju Banerjee of Indus Travels. So it's no surprise there's no shortage of culinary experiences. You will likely want to stir some sightseeing into your foodie adventure (now that the power outage is over). The following small-group travel companies mix the two so you can work up an appetite wandering the Red Fort of Rajasthan or watching the dramatic Kathakali dance of Kerala.

Indus Travels (industravels.ca): The Vancouver-based company offers culinary tours lead by well-known chefs, including one by Vikram Vij of Vancouver's Vij's fame, which is already sold out. There is space, however, on Indus's other Indian culinary tours, which Banerjee describes not as cooking schools but as "a journey through the cuisine and kitchens of India."

Its 12-day Taste of South India, for instance, is lead by Chindi Varadarajulu, who started the popular Chutney Villa restaurant in Vancouver before relocating to southern India. The itinerary includes a visit with women in the fields, a tour of a coconut grove, and dinner at the coastal eatery Varadarajulu opened in Mamallapuram, called Latitude 49.

The company's 13-day Rajasthan Culinary Tour, meanwhile, is lead by Julie Sahni, a celebrated New York-based chef and cookbook author. Highlights of this tour include exploring a Delhi street lined only with shops that make parathas, a flat bread stuffed with vegetables or meat and spices, as well as a culinary workshop at the luxurious Rajasthani heritage home, Rohet Garh.

NARAT(narat.org): The Toronto-based travel company is offering two 12-day Tastes of India tours, in November and March. Its Northern tour, which runs from Delhi through Rajasthan south to Mumbai, includes strolling the sweets bazaars in Varanasi and Mughal-style cooking in Agra. The Southern tour starts in Hyderabad with a sampling of its kebabs and includes a demonstration on the sweet-to-salty balance of Ayurvedic cooking in Cochin.

The company is also introducing a Royal Gourmet Tour of India in October. The 12-day tour visits the New Delhi restaurant that lays claim to butter chicken, and includes workshops from notable Indian chefs, says Thanushka Nanayakkara, the company's chief executive officer. "India really is a haven for food lovers," he says. "It was the cradle of the famed spice route and the food is diverse now as back then."

Intrepid Travel (intrepidtravel.com): Intrepid, meanwhile, a small-trip company founded in Australia but with offices in Canada, has three options offered between September and April. "One focusing on the northern region, one on the southern region, and for those with more time to spare, a third tour combining both," says Intrepid's Katy Rockett. "Each tour incorporates cooking lessons allowing travellers to learn about the regions' culinary styles."

Its 15-day A Taste of North India tour runs from Delhi through Rajasthan south to Goa. Highlights include a lesson from a chef in rural Rajasthan; a visit to the Spice Box cooking school in Udaipur; and a class on how to make the delicious spiced masala chai in Karauli. (Only have a day in Delhi? Its sister company offers Home Cooked Delhi: delhiurbanadventures.com.)

Intrepid's Taste of South India, meanwhile, also 15 days, takes travellers through the southern states to a masala dosa-making demo in Udupi, with a visit to a coffee plantation, as well as a Chettinad-style cooking class,recognized as one of the spiciest styles in India.

Facts & Arguments
What my travels to India taught me about the power of food
June 27, 2012 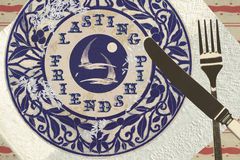 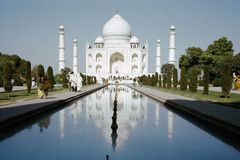 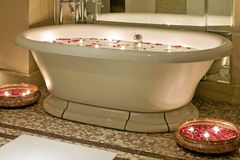