Driving out of Keflavik, the rather bleak-looking home of Iceland's international airport, you wonder what on earth you have gotten yourself into. As you head toward the capital Reykjavik, a sea of volcanic rock crashes against the roadside. Green moss clings to the craggy outcrops, providing the small reassurance that if vegetation can survive here, so can you.

Many visitors choose not to venture far from Reykjavik, but Iceland doesn't really come alive until you get out of the city and into the open country. One of the best decisions we made was to rent a car and carve our own way through the stunning scenery. With only 330,000 residents, Iceland is the most sparsely populated country in Europe, and one of the greatest pleasures is to drive its nearly empty roads.

We set out to discover more than just the postcard sites in our two weeks spent exploring the country's southwestern and northern coasts. And although Icelandic names are intimidating on paper, language was never an issue as the majority of residents speak fluent English. 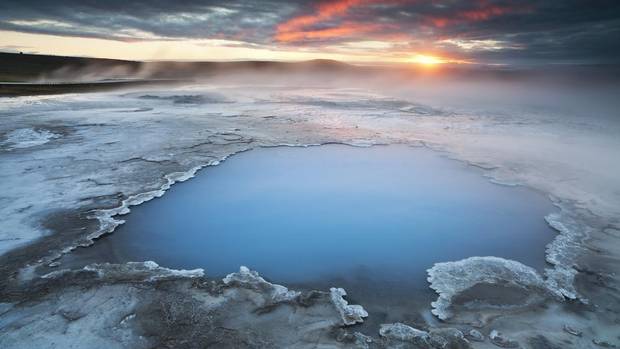 Iceland is known for its impressive geological curiosities, and the so-called Golden Circle tourist route features the most popular, tracing a course from Reykjavik to Gulfoss waterfall, to the blasting hot springs at Geysir, the Blue Lagoon geothermal spa, and Thingvellir National Park – the location of the country’s first parliament (established in 930) and the place where the North American and Eurasian tectonic plates meet. While all are fascinating sites, these can be a bit crowded.

We spent our first week in Selfoss, a town on the edge of the Golden Circle and a good launching pad to explore the lesser-known attractions of the southwest. Laugarvatn Fontana geothermal baths, with its stunning view over Lake Laugarvatn, is a quieter, more authentic spa option, free from the swarms of eager tourists that fill the Blue Lagoon. 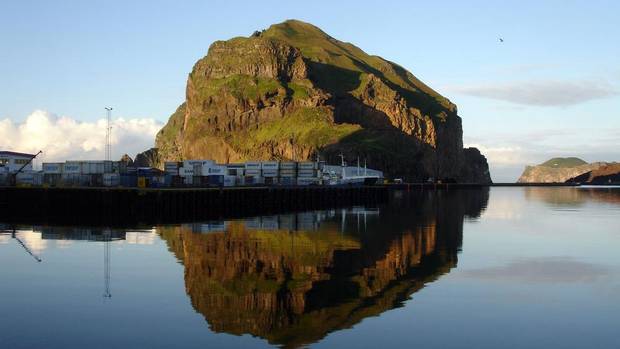 Vestmannaeyjar, a volcanic archipelago also known as the Westman Islands, is a fantastic day trip, and can be reached by a ferry from Landeyjahofn. Puffin tours from the largest island, Heimaey, explore the surrounding coves and are worth it as much for the beautiful rock formations as for the wildlife. Heimaey also houses “the Pompeii of the north,” where you can walk across bleak mounds of black ash that engulfed 400 houses, a third of the town, during a five-month eruption in 1973.

Our most adventurous excursion involved a precarious, 120-metre descent into the heart of a 4,000-year-old dormant volcano. Thrihnukagigur, about 20 kilometres southeast of Reykjavik, is unique: It’s the only place on Earth where you can take a tour inside the depths of a volcano. (Usually a volcano’s magma chamber is sealed by cooled lava after an eruption.)

We reached volcano “base camp” after a moderate hike across a mountain. Once we refuelled with hot coffee and traditional Icelandic lamb stew, we were clipped into a rickety elevator contraption to begin the descent. 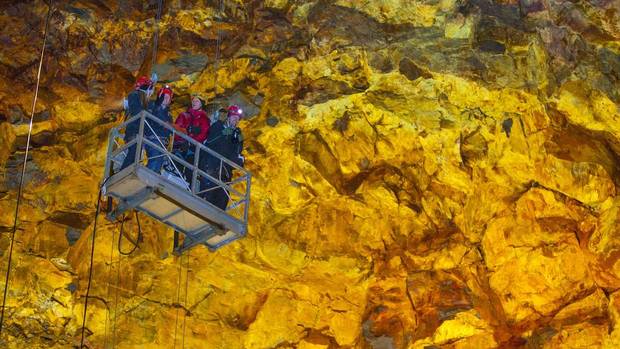 The narrow entrance through which we were lowered opened into a large, floodlit cavern, allowing us a glimpse of the primordial bowels of the Earth. Standing on a floor of boulders, we gazed up at the cathedral of rock with its myriad mineral colorations. Thrihnukagigur only opened to tourists in 2012, and fewer people have set foot in this space than have climbed Mount Everest.

For the final leg of our journey we took a leisurely drive up the western side of the island, along Iceland’s only highway to the northern port of Akureyri. The Myvatn region in the northeast feels like a different planet, so much so that NASA astronauts in the 1960s used it as a training ground to prepare for the moon landing.

The journey from the moody, volcanic south to the snow-capped peaks of the north led us to Iceland’s most bizarre work of nature: the boiling mud pools at Hverarondor Hverir.

The landscape is a palate of sandy browns peppered with blue-grey mud puddles. In this area of high geothermal activity, the ground appears at its steaming, bubbling worst.

Here, you can see, feel and smell the planet’s power. It’s worth venturing into Iceland’s north for this experience alone. 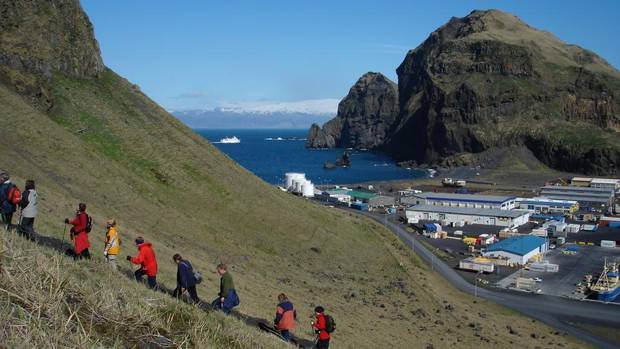 It’s impossible to travel around Iceland and not be humbled by the awesome potential of nature, and the visible energy of the planet. We seemed to be in a near-constant state of childlike wonder. As we prepared to leave, we realized that over the course of two weeks everything that had seemed strange had become normal – but no less thrilling.

Icelandair flies directly from Toronto, Halifax, Edmonton and Vancouver to Keflavik International Airport, which is about 50 kilometres from the capital, Reykjavik. The domestic airport near the city centre, Reykjavik Airport, offers flights across the island. 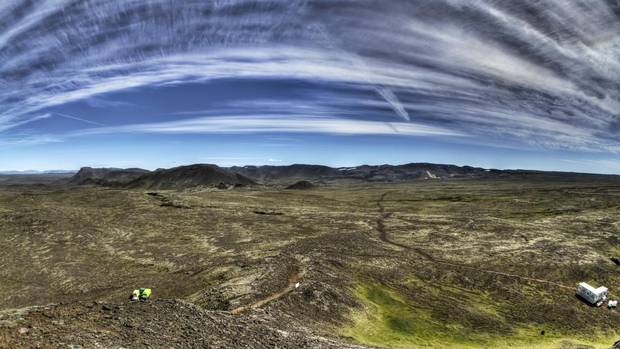 Admission is free for most of the outdoor landmarks around the island, so venture as far and wide as you can.

Inside the Volcano offers tours into a 4,000-year-old dormant volcano, Thrihnukagigur, from May 15 to Sept. 30. Tickets can be booked online (insidethevolcano.com). The excursion takes about six hours and costs about $370 per person.

The Laugarvatn Fontana spa, about 30 km from the town of Selfoss on the southwestern coast, offers relaxing geothermal baths and beautiful scenic views. Admission for the day is about $30 for adults.

For a fascinating day trip, explore the volcanic archipelago of Vestmannaeyjar by taking the ferry from Landeyjahofn. Tickets cost about $12 each way for adults and can be booked online (eimskip.is) or by calling 354-481-2800. 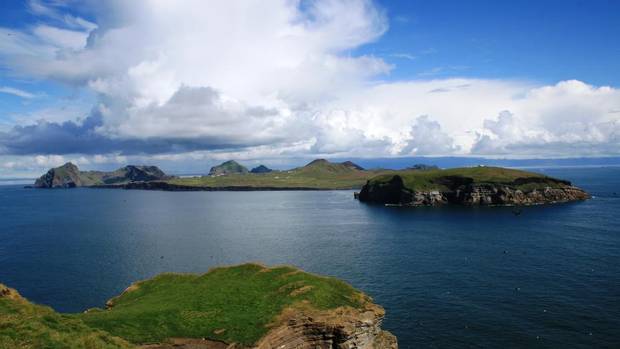 Our most memorable meals were at two restaurants near Selfoss. Hafid Blaa restaurant, in the town Eyrarbakki, is right on the sea and serves delicious seafood, including whale steaks for the more adventurous (main courses were $20-$40). Fjorubordid Restaurant, in Stokkseyri, is famous for its lobster and has a spectacular three-course lobster meal ($76 a person). Iceland is also known for its lamb, traditionally served either as a stew or roasted with vegetables, and should definitely be tried.

We bought lunch provisions from Kronan, the supermarket in Selfoss, to take on day trips, but there is a ready supply of small restaurants in towns and villages. If you crave a snack on the go, you can find Iceland’s favourite fast food – lamb hotdogs – at most gas stations.

To get away from the hotel experience, try a log cabin. A variety of rental cabins on the outskirts of Selfoss can be found online. Most come with their own “hot pot” (hot tub). Our cedar-log abode boasted four bedrooms and cost about $165 a night.

Page 1 2Next
Follow us on Twitter @tgamtravel Opens in a new window
Report an error Editorial code of conduct
Due to technical reasons, we have temporarily removed commenting from our articles. We hope to have this fixed soon. Thank you for your patience. If you are looking to give feedback on our new site, please send it along to feedback@globeandmail.com. If you want to write a letter to the editor, please forward to letters@globeandmail.com.
Comments