It wasn't a good day to be a paparazzo. Rain pelted the glass doors of the balcony at my snug hotel. I didn't even know whether the subject of interest would be home. But still, I dressed, nibbled a giant muffin, shot back a mug of black coffee and headed out into the drizzly weather, camera thunking against my chest.

In Cape Cod, you can go whale cruising, dune driving, even cranberry bog bogging. And on this flexed bicep of a seashore you can also go Kennedy watching. Even as the influence of the family's political dynasty has waned in Washington over the years, their presence here lives on. Because the Cape is the kind of place that captures that trinity of seaside summer holidays: nostalgia, guilty pleasures and golden-sand beaches. Bring on the sepia Instagram!

My introduction to the Cape started with a tour of the JFK Museum (jfkhyannismuseum.org) in Hyannis, Mass., the "big city" here. This is far different from the monumental, I.M. Pei-designed presidential library in Boston. It's run by a local foundation and filled with family photos from Cape Cod, memorabilia and a video narrated by Walter Cronkite. It is also fewer than five kilometres from where the Kennedy clan found seaside respite in Hyannis Port. And it has Dottie Loconto. "I've seen them a lot," says the retired secretary and volunteer docent who over the years observed the famous family at St. Francis Xavier Church and stood among the reporters when Maria Shriver and Arnold Schwarzenegger got married. "I feel like I'm part of their life."

On a tour, she introduces the siblings in a large black-and-white photo near the museum entrance. They're lined up – Joe Jr. to Jean; Ted was not yet born – all striped bathers and neatly parted hair. And, in the smallest of bios, she surmises their sad fates – the war death, the plane crash, the mental institution, the assassinations. "So that's the family. Mother Rose always dressed them in the same swimsuits so she could find them on the beach."

It's also from Hyannis that I board the MV Patience (hylinecruises.com) on my paparazzo mission. Summer is just beginning and there's only my small group and a pair of Austrian tourists who appear to be on their honeymoon.

Dan, the young, mellow-voiced guide at the microphone, points out the yacht club where JFK's Honey Fitz was docked and the Grey Lady ferry on its way to nearby Nantucket. We roll over the waves into Nantucket Sound for a view of the Kennedy Compound. I can't tell whether anyone is at home, but Dan rattles off the relatives who still live here and shares some gossip about the neighbours (such as one chief executive officer who spent $1-million (U.S.) redoing his kitchen).

Seasonal clam shacks fire up their deep fryers along the roads and in the small towns of the Cape, and their bounty – lobster rolls, stuffed quahogs and deep-fried clams – are one of the summertime's guilty pleasures.

Arnold's Lobster & Clam Bar (arnoldsrestaurant.com) in Eastham draws lineups all summer long with its lobster rolls and Massachusetts ice cream, Sir Cricket's (nausetfish.com) in Orleans is a go-to place for fish and chips and the Barnacle in Centerville is 25 steps from Craigville Beach.

Hyannis, meanwhile, is home to the Cape Cod Potato Chips factory (capecodchips.com), where 250,000 visitors file through every year to see what really happens to a kettle-cooked potato. And an indulgence of another sort is hidden down a back street in an old cookie warehouse. This is Pain D'Avignon (paindavignon.com), an ambitious bakery and bistro that has grown from one room on Main Street to an operation that trucks rustic cranberry-pecan bread and almond croissants to hotels and restaurants in an almost 500-kilometre radius. Chef Matthew Tropeano brings New York restaurant cred (La Grenouille, La Silhouette) to the sophisticated bistro kitchen. After a dinner of soft baby lettuces and moist, rich duck, I return the next day for a salad accented with crispy shallots and a buttery ham croissant. Hey, who knows when I'll be back?

More than 100 beaches have signposts on the Cape – many more are what locals simply call "ways to water" – which means no one has an excuse not to get wet. On the Cape Cod Bay side of the peninsula, you can swim in the family-friendly bathtub warm waters and at, say, Skaket Beach near Orleans, walk far, far out at low tide in ankle-deep water.

But the ocean beaches on the eastern shore are one of the Cape's true attractions. At the southern end lies 16-kilometre Nauset Beach, with soft, fine sand and low rolling dunes. It is the kind of place where you plant your umbrella, order some fried goodness from Liam's snack bar and watch the roll and crash of the Atlantic. Swimmers who venture in need to be on alert for great white sharks – drawn by the grey seal population – and potentially strong undertow. On land, all you need to fear is the scorch of the sand. Bring flip-flops or you'll be zigzagging between umbrella shadows.

Nauset is also the start of the Cape Cod National Seashore (nps.gov), which runs along the Atlantic coast to Provincetown. It's the kind of place you'll find oil painters at sunset, friends lighting a bonfire (permits stamped) or families gathering for end-of-summer group photos. The Seashore was signed into protection by former U.S. president John F. Kennedy. And it's here my hunt for the family concludes. Time to take up a new cause: creation of summer-time memories. Onion rings, anyone?

The writer was a guest of the Massachusetts Office of Travel & Tourism. It did not review or approve this article.

Weekend rail service on the CapeFlyer between Boston's South station and Cape Cod relaunched this season after a more than a 50-year absence. Besides the views, bike-friendly service and free wi-fi on-board, the train offers another perk: bypassing the peak-time bridge traffic. The train runs until Labour Day. capeflyer.com; $35 for a round trip to Hyannis. K.S.

Weekend rail service on the CapeFlyer between Boston's South station and Cape Cod relaunched this season after a more than a 50-year absence. Besides the views, bike-friendly service and free wi-fi on-board, the train offers another perk: bypassing the peak-time bridge traffic. The train runs until Labour Day. capeflyer.com; $35 for a round trip to Hyannis. K.S. 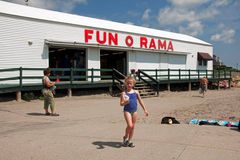 My husband loves architecture. Where can we travel to indulge his photography hobby?
August 9, 2013 Summer camp as you probably don’t remember it
August 9, 2013 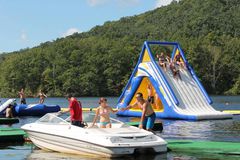 Opinion
Maybe we need a rest from all these vacations
August 12, 2013 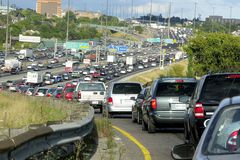 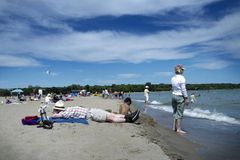 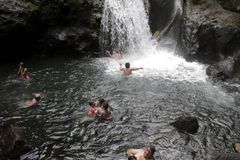