As a beach-combing junkie, I've poked along shorelines from Cambridge Bay to Cape Town, but I've never seen anything quite like the treasure-littered, boot-sucking mud strand before me. Cannon balls, clay pipe stems, blue and white Delftware pottery shards, barrel staves, rusted square stakes by the thousands and an intact, ornately adorned cast-iron wood stove door almost a metre square. I'm only 15 minutes into my walk and I've already encountered more artifacts than most archeologists could dream of unearthing in a year.

Their source, York Factory, once sprawled atop the muddy riverbank. The Hudson's Bay Company's biggest and most-fought-over northern trading post (it changed hands eight times between the English and French), it was the headquarters of a fur-trading empire that spread across 3.3 million square kilometres. In its mid-1800s heyday, it was a busy hub of more than 50 buildings where several hundred people, including Cree, lived 250 kilometres south of Churchill, Man. Today, all that remains are a grand, three-storey white depot building squatting incongruously on the remote windswept tundra, a small library, a powder magazine ruin, a cemetery and a surreal inventory of everyday items literally dropping out of the riverbank as the Hayes River erodes and threatens the future of this Parks Canada National Historic Site.

York Factory – a factory being the place where the regional HBC factor, or manager, lived – is not easy to reach. You can charter a plane to a nearby dirt airstrip, paddle your way down the Hayes's gnarly rapids voyageur-style, or sign up for an annual fur-trading-post tour from Winnipeg. York Factory receives fewer than 100 visitors a year.

Morris Beardy, a councillor with the Fox Lake Cree Nation in Gillam, had motored a bunch of us down the nearby Nelson River to Deer Island, the halfway point on a two-day journey by boat to York Factory. There, we met others who were already camped out. Many were excited to be heading to the place where their Cree ancestors had, over 273 years, lived and worked as guides, interpreters and labourers for the HBC. It would be their third Heritage Gathering since 2005, bringing together a hundred or more extended family members of the York Factory Cree who had been scattered across Northern Manitoba when the unprofitable post was closed in 1957.

We swam in the river to cool off while a couple of men built a tepee to show the kids how it was done. Freshly caught jackfish and "Squaw Dogs" – smokies wrapped in bannock and fried – were cooked up in a frying pan on an open-fire pit.

In the morning at high tide, our small armada of motor boats rounds shallow Marsh Point and heads eight kilometres up the Hayes, a Heritage River, to York Factory's dock. Everyone beelines it to the campsite where big white tents are pitched inside a fenced compound designed to keep out polar bears. They settle in with cups of sweet tea to catch up with family news. But after reading Peter C. Newman's epic history of the fur trade, Empire of the Bay, I can't wait for my first glimpse of the mother of all HBC trading posts. I sprint along a network of wooden boardwalks over the soggy tundra to an opening in the thicket of willows where a huge, blindingly white depot building bearing a simple sign – "Hudson's Bay Company. Incorporated May 2nd 1670" – stands alone on the tundra just as it has since it was completed in 1833. The Cree call it Kischewaskaheegan – the Big House.

Parks Canada interpretive guide Duane Collins opens the door to the warehouse that once contained a wealth of furs and trade supplies. Built by shipwrights, the 18,000-square-foot building was designed to shift with the permafrost like a ship flexes on the sea. Rows of wooden tables in each room are loaded with tens of thousands of neatly arranged artifacts that had been collected on the grounds and along the river, everything from cannons and ship's anchors to square liquor bottles and harmonicas. The Cree who came ambling along later in the tour point out tools they still use today, such as bone needles for mending nets. That evening at a slide show in the tobacco-storage room, several women call out the names of relatives they recognize in sepia-toned archival photos. For them, this is not an historical outing: It's a visit to their family's home village. For an increasingly small number of elders such as Robert Beardy, 66, this is a childhood home. "I lived here until I was eight years old," he says, pointing out where his house, school and the Anglican church used to stand.

The Cree treat the gathering as a relaxing summer camp. Hip-hop and rock music emanates from a loudspeaker in the compound where most spend the day staying cool in the shade playing cards or chatting while the kids head off to swim or pick berries. Unlike southern gatherings, there are no organized activities. Someone might pick up a drum or a fiddle or throw some caribou on the barbecue. In the evening, around a fire pit, they recount stories they have been told by their parents and grandparents about York Factory: firing off cannons at New Year's, adorning dogs with bells at Christmas to hear them jingle as they run around, dancing all night after mass weddings when the minister visited the post.

In the morning, resident caretakers Doug and Jacqui Gibbs prepare for the arrival of a group of archeologists finishing up a dig at the old ice house. Past excavations around the depot building and in its courtyard revealed lots of valuable "historic garbage" tossed out the windows as well as the foundations of the Old Octagon, the original star-shaped fort built between 1788 and 1795. "You can stick a shovel into the ground anywhere on the site and hit artifacts," Ms. Gibbs says.

But York Factory is in trouble. "This is the trading post's third location," Leonard McPherson, the site manager for an erosion-prevention pilot project, tells me as we look across the crumbling, muddy embankment. "The river washed away the first two and now we're losing this one at an average rate of three metres every five years." Along with poor drainage issues, permafrost loss and invasive willow growth that damages archeological treasures, Parks Canada estimates that York Factory will be gone within 100 to 150 years if nothing is done. In 2008, the federal government announced a five-year, $1.75-million research and engineering project to find solutions to save York Factory, including an attempt at bank stabilization by spreading geo-textile mats down the river embankment (this will be tried before the fort closes for the winter).

As the Cree pack up, I comb the beach one last time, then hop a bush plane with them back to Gillam. As we veer south, I watch as that lonely sentinel perched on the river bank disappears into a tiny white dot on a vast green tundra that stretches to the horizon.

Experienced kayakers and canoeists can paddle the Hayes, a protected heritage river, with a Manitoba outfitter. All Hayes River expeditions allow you to disembark at York Factory. Outfitters include Northern Soul ( northernsoul.ca) and Wilderness Spirit ( wildernessspirit.com).

A more accessible slice of Hudson's Bay Company history is the dramatic star-shaped Prince of Wales Fort built in 1731. The enclave had a less-fortunate history than York Factory: In 1783, without a shot fired, hopelessly outnumbered HBC governor Samuel Hearne handed over the fort to the French, whose warships then levelled the site. It is accessible via a short boat ride from town. Pods of curious beluga whales often approach your boat en route. pc.gc.ca/lhn-nhs/mb/prince/index.aspx

Leaving from Winnipeg, Calm Air (calmair.com) has several departures daily to Churchill, or you can travel Via Rail (viarail.ca), which departs Tuesdays and Sundays. Visit the Parks Canada visitor centre in Churchill for an orientation. A guided visit can be arranged as part of local tours offered by Sea North (204-675-2195; seanorthtours.com) in July and August. 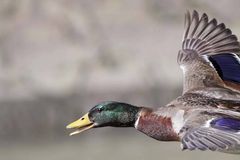 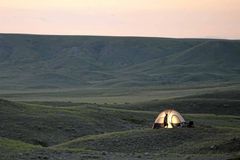 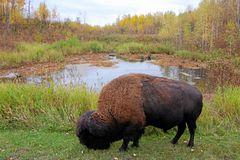