In search of Monaco’s middle class

Is there such a thing as ‘normal’ people in the opulent city-state? 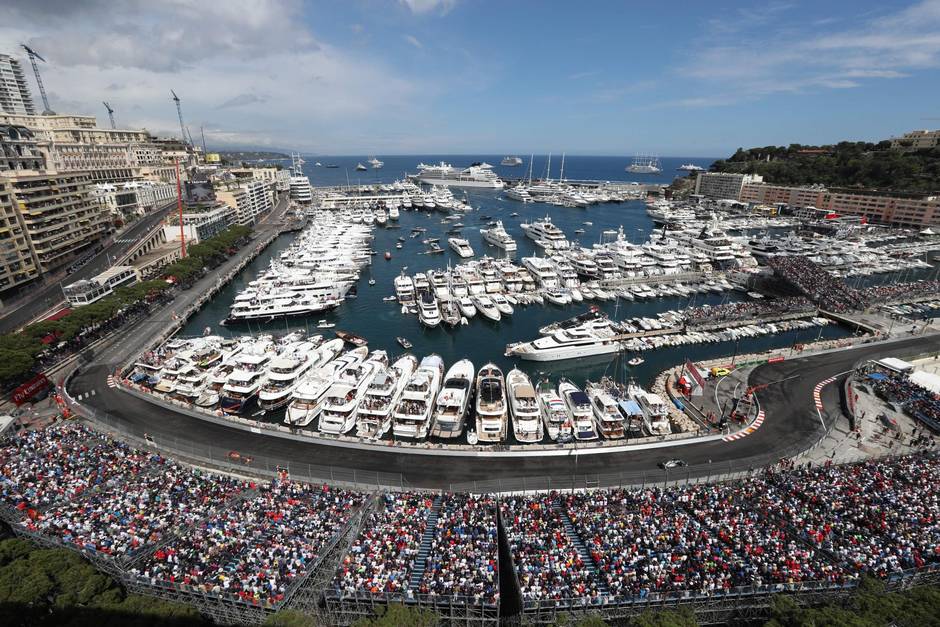 As I planned my trip to Monaco, an unexpected thought occurred to me. Maybe Monaco is a regular country, filled with normal people.

This went completely against every preconception I had of the place. An unbelievably small city-state, half the size of Central Park, filled with unbelievably rich inhabitants – tennis players, movie stars, jetsetters of all stripes. A perfect Mediterranean climate. No income tax. Gambling. Gargantuan yachts. James Bond. Princess Grace.

But the more I read about it, the more the image of a normal Monaco started to seem possible. I arrived there on a cruise ship (I’m a regular person myself, I promise!), and with lots of time to spare on the voyage, I devoured Stanford historian Mark Braude’s new book Making Monte Carlo: A History of Speculation and Spectacle (Simon & Schuster, 2016). Despite the glitzy title, Braude’s main point is that the Monaco of legend, like all great spectacles, is the result of a lot of hard work. All that glamour came at a cost. 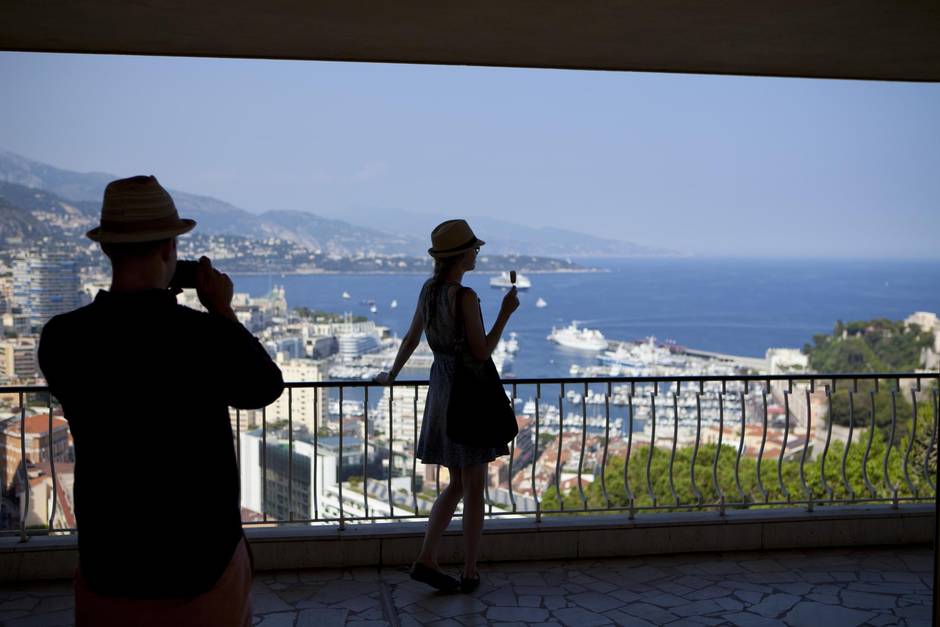 A botanical garden near the Les Ligures high-rise in Monaco, where an 800-square-foot unit with a view of the Mediterranean is on the market for $3.72 million. (Rebecca Marshall / The New York Times)

The main cost, it seems, was human labour. Karl Marx visited the place in 1882 and was disgusted with the “economic basis” of the casino-dominated principality and its treatment of workers. In the spring of 1929, a democratic popular uprising led by disenfranchised workers nearly toppled the monarchy. When the inaugural Grand Prix race was held a few weeks later, the circuit was carefully planned to avoid the working-class neighbourhoods.

All of which implied, of course, that there were working-class neighbourhoods in Monaco. I was dumbstruck. That’s where I wanted to go.

I hate to spoil the excitement, but they’re long gone. The first thing I discovered when I arrived in Monaco was that it’s definitely not a regular place, and no normal people live there.

Approaching Monaco from the sea, you feel a bit like a baseball landing softly in a massive glove. The harbour is the heel, the city is the palm, and the towering, nearly vertical mountains that surround it are the outstretched fingers and webbing. The trick is that only part of the glove – the heel and the palm – are Monaco proper. The rest, the vertical parts, are technically in France. If you climb high enough, into narrow roads and areas that increasingly resemble an Italian hillside village, you will find a few casino workers and chambermaids, though most of the service staff now commute from further afield. But in the palm of glove, in the tax haven that is modern Monaco, it’s all Lamborghinis and Lalique. 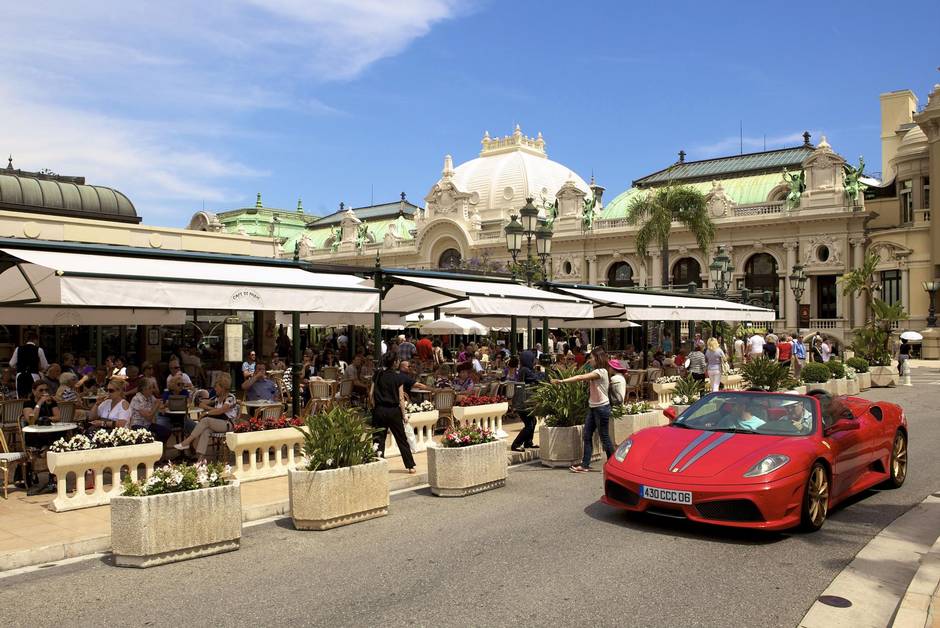 A Ferrari cabriolet is driven by the Cafe de Paris terrace on June 7, 2012 in Monaco. (Patrice Coppee / AFP Photo)

So I decided to try another angle. If the working class had vanished, maybe there was something like my own urban, middle-class version of normal in Monaco. I got in touch with Monaco Tourism and asked them if there was an arts scene, if there were cafés where young people hung out and talked about books, if there were underground music clubs. Basically, were there hipsters in Monaco? Monaco Tourism was very excited by the idea and said they would get back to me. Two days later, they informed me that, regretfully, the answer was “no.” Back to square one.

When I checked into my hotel – the effortlessly stylish Fairmont Monte Carlo, straddling the sea and perched immediately beneath the famous Casino de Monte Carlo, at the apex of the famous hairpin turn of the Grand Prix, and so in no way a normal place itself – I met with the communications director, hoping for guidance in my quest for the Monégasque quotidian.

Things did not look promising. She was a stunningly elegant 6-foot-tall Italian with an aristocratic Austro-Hungarian last name, the Belle Époque in person. 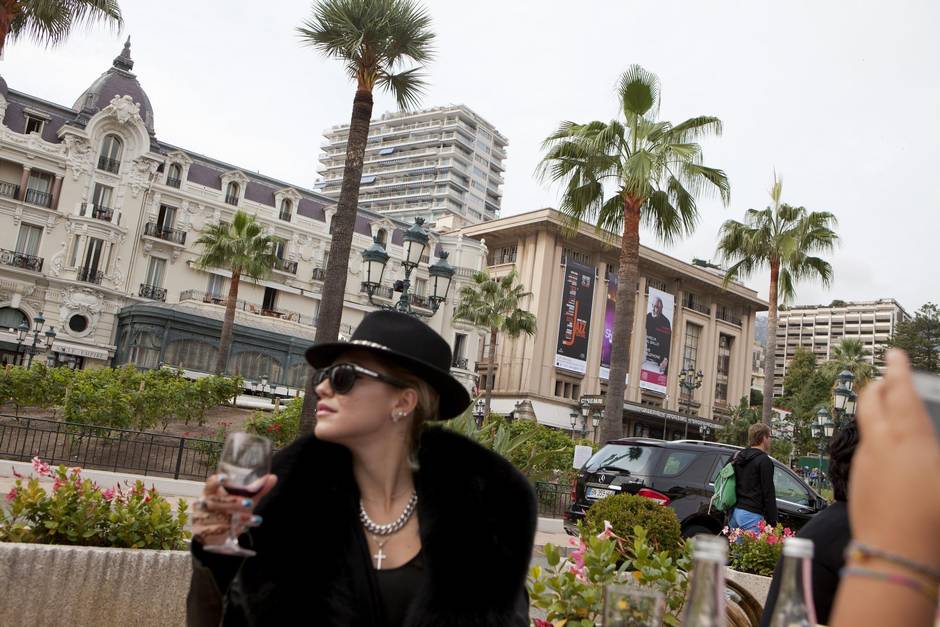 When I asked for her impressions on the reigning monarch, she said, “Albert? We went to school together. When I see him in the street, we kiss.”

And yet, for all her overwhelming exceptionalness, it was she who pointed me in the right direction. As we discussed the hotel’s philosophy, she emphasized ecology – the hotel is cooled by sea water, its restaurants serve local and organic foods, it has a fanatical devotion to recycling and energy efficiency. Given Monaco’s natural talent for excess, why place such an emphasis on conservation? “Fairmont is Canadian,” she told me. Even though this isn’t technically true – Fairmont still has its headquarters in Toronto, but has been owned by foreign companies for over a decade and was recently acquired by French-run AccorHotels – it all started to make sense.

But it isn’t just the Canadian influence. All of Monaco, it seems, has gone eco-mad. What she told me next was the second fact about Monaco to blow my mind.

Albert II, her old school chum, Prince of a country crawling with Lamborghinis and famous for motorsports, has a dream. He wants to eliminate all gasoline-powered cars from Monaco. Later, to prove her point, she sent me a photo of Grace Kelly’s son beaming from behind the wheel of a microscopic electric vehicle. 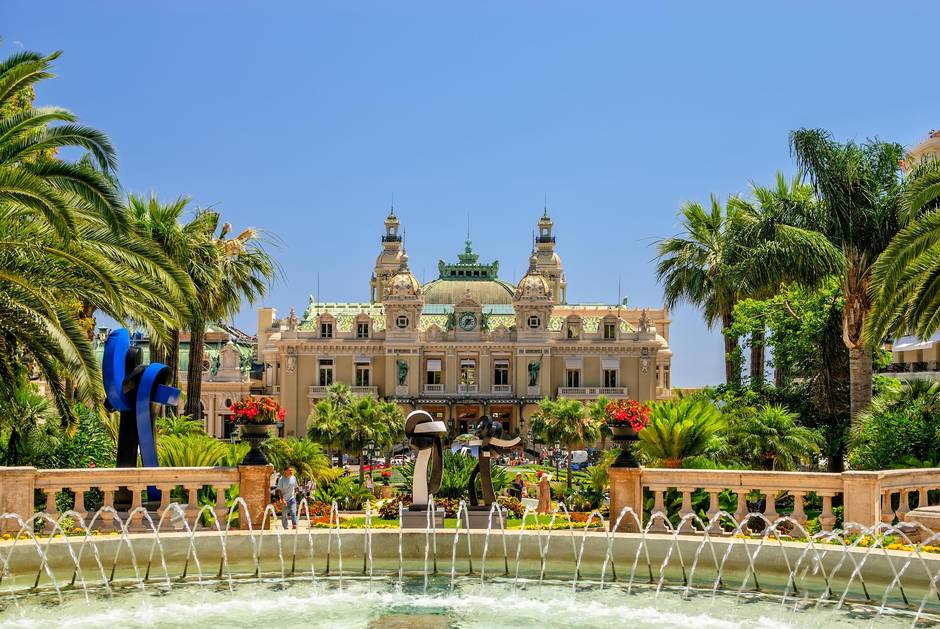 Inspired by our ecocentric talk, I set out to explore Monaco’s take on vegetarian food, something very much part of my everyday routine.

My first stop, on a quiet street near the Casino, was the provocatively named Eat Me, part of the principality’s small but thriving health-food scene. Here was my first glimpse of something like everyday life in Monaco. On the tiny patio were some construction workers on a break, drinking Pepsi. Inside, sitting at the restaurant’s 10 or so seats, were local people having lunch, talking about things that locals talk about – which is to say, shopping trips to London and how to avoid paying tax on artwork.

That night, I visited Eqvita, tennis great Novak Djokovic’s newly opened vegetarian restaurant. This was the most relaxed version of Monaco yet. The wait staff were dressed in polo shirts and khakis – the local equivalent of a tank top and basketball shorts. The food was strangely affordable, with mains available for €15 ($22), the price of a coffee in some Monte Carlo cafés. And everyone seemed to know one another. 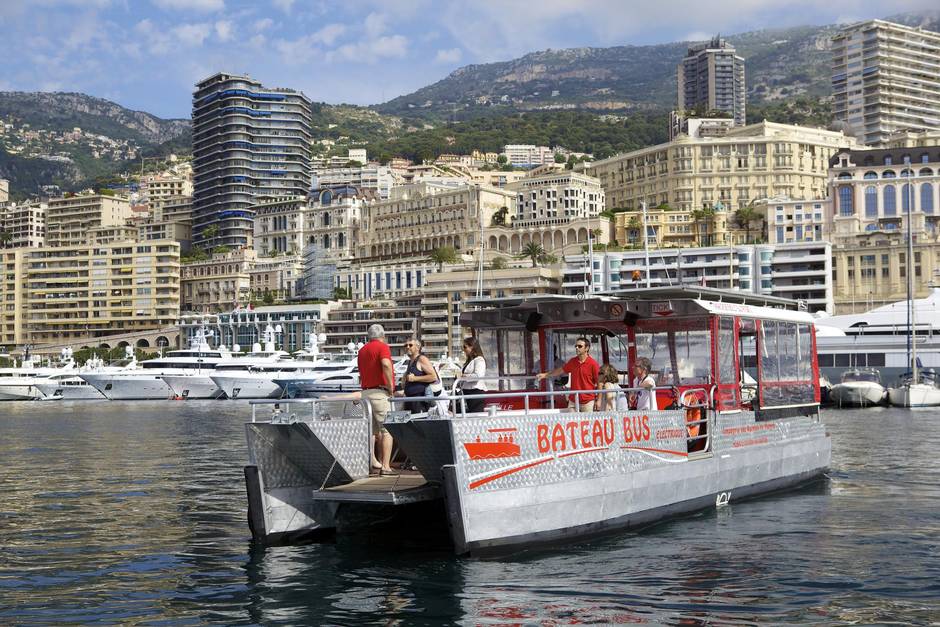 A solar bus boat sails next to yachts and tourist boats anchored in the Monaco harbour on June 6, 2012. (Patrice Coppee / AFP / Getty Images)

When a waitress brought a watermelon tomato gazpacho to the man sitting next to me, he picked it up with both hands and downed it in a single gulp. The waitress remarked, “That was insanely fast! You’re like a manga character!” Inspired by her familiarity, I struck up a conversation with him. He lived in a tower nearby with his family, and he was trying to lose weight. He came to Eqvita for as many as three meals a day.

“How did you hear about the place?” I asked him.

“Oh, Novak is my neighbour.”

And that, I learned, is as normal as things get in Monaco.

The writer travelled as a guest of Visit Monaco. It did not review or approve this article. 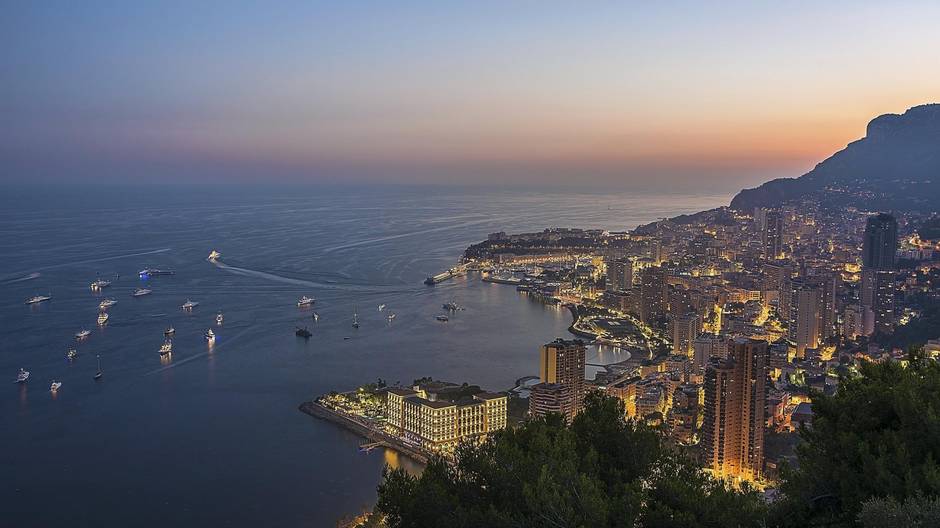 Monaco is too small to have its own international airport, so travellers must go through nearby Nice, France. Of course, Monaco being Monaco, there is an exceptional way to make the last leg of the trip. Monacair (monacair.mc) offers helicopter service between Nice airport and the principality from €160 ($235), about the price of a cab ride (seven-minute travel time/departs every 15 minutes). 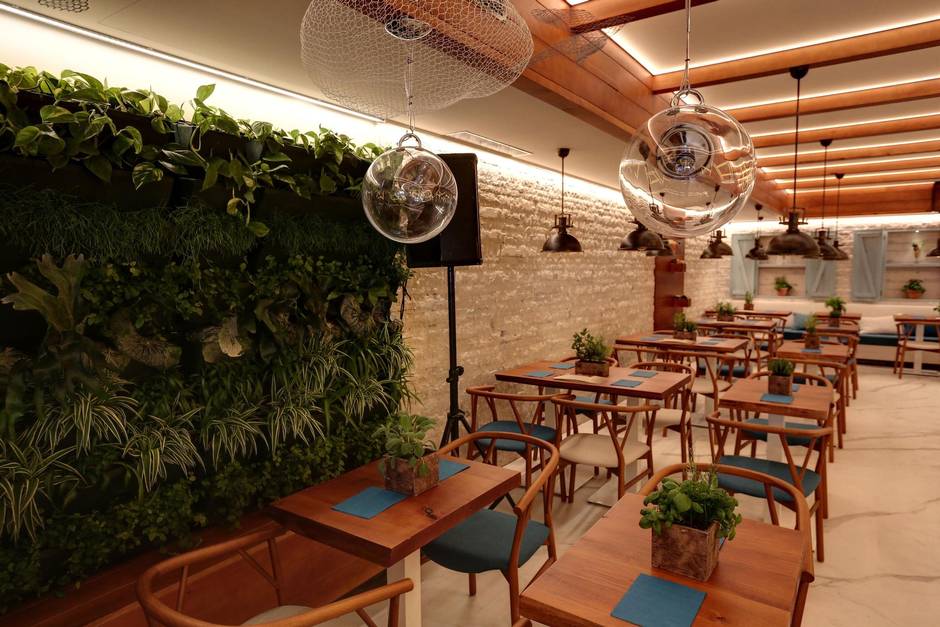 Ask a Monégasque local for a vegetarian recommendation, and they say one of two names. The newest option, Novak Djokovic’s Eqvita, is 100-per-cent vegetarian. The best things on the menu are unquestionably the Organic Energy Balls, Monaco’s answer to the Timbit: moist, delicious spheres of pure bliss available in date cashew, almond cacao and almond cinnamon. Take the advice of Novak’s neighbour, however, and enjoy in moderation: “Organic? Definitely. Low fat? No.” 7 Rue du Portier, eqvitarestaurant.com 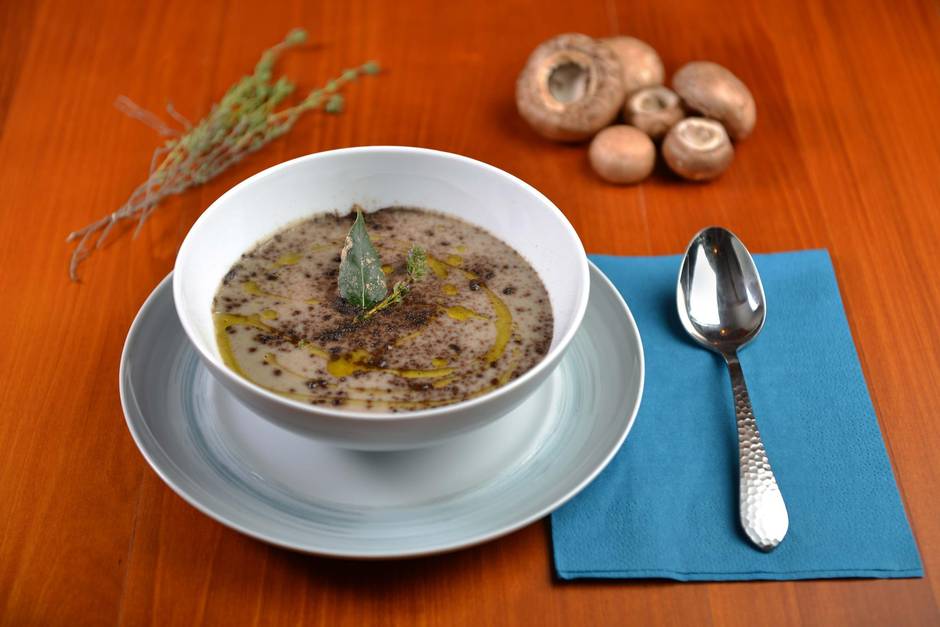 Despite its name, Eat Me is the more elegant alternative. The atmosphere is reserved and chic, and the meals are as aesthetically appealing as they are delicious, heavily decorated with edible flowers and colourful vegetable shavings. Prices are reasonable, with lunch mains from €14. Despite its vegetarian billing, however, Eat Me does serve meat – a reminder that Monaco’s veggie scene is about health, not ethics. 7 rue de l’Hermitage 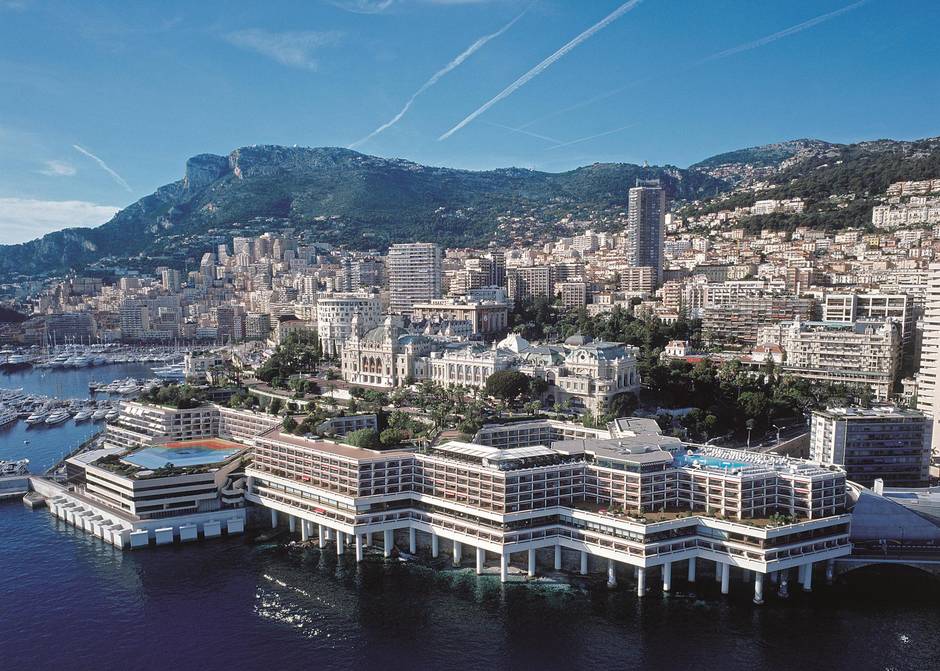 The Fairmont Monte Carlo embodies all the self-assured charm of Monaco. Perched directly on the Mediterranean, immediately below the famous Casino de Monte Carlo, with the Formula 1 course leading straight into reception, it doesn’t need to go out of its way to impress. The rooms – many of which face the sea, the casino, or the Grand Prix circuit – exude a 1970s vibe. Rooms from €279. fairmont.com/monte-carlo

Ready for the extraordinariness of Monaco but not the extraordinary prices? Stay at the Hotel Capitole in Beausoleil, France. Rooms are well-maintained, the staff is friendly and double rooms start at €159. 19, boulevard du General Leclerc, hotel-capitole.fr