When my wife and I visited France for two weeks this summer to celebrate our 25th wedding anniversary, we decided to spend the first week in Paris – an obvious choice. But what to do for the second? Tour the châteaux of the Loire Valley? Visit Dijon or Lyon? We hemmed and hawed before settling on a completely different option: a tour of First World War battlefields. We got a few odd looks – a romantic interlude among the gravestones? – but it turned out to be a moving and altogether absorbing experience.

We had wanted to visit the First World War sites for years. Between us, we have three grandparents who fought on the front lines (the fourth was, mercifully, too young to join up). My father's father won the Military Cross for conspicuous gallantry when he stormed a German machine-gun nest near Monchy-le-Preux and took 11 prisoners, showing "a splendid example of resource and disregard of personal safety to his men." My wife's father's father, also awarded the Military Cross, was a chaplain, scouring the hell of no man's land for the wounded and the dead. Her mother's father was badly wounded when his horse fell and rolled on top of him amid the trenches of the Somme.

By some miracle, all three men survived. But we never knew them, and we wondered what they must have been through. So, after a splendid week in Paris, we rented a car and headed north.

Most of the First World War battlefields can be found in northern France and Belgium, along the snaking line leading inland from the Channel where the great armies of King and Kaiser locked horns. A tourist visiting 100 years later can never fully comprehend that ordeal. But you can get some sense of the human cost by visiting the scores of memorials, cemeteries and museums strung along what used to be the Western Front.

We began our trip in Amiens, about a two-hour drive from Paris and a convenient jumping off point for many of the key sites. The provincial city of about 130,000, known for its vast cathedral, hit the headlines this summer when riots broke out in its deprived housing estates a few weeks after our visit. Oblivious to the city's troubles, we stayed in a charming bed and breakfast run by a young mother whose chatty son entertained us at meal times.

From there, we struck out for Beaumont-Hamel, a name known to all Newfoundlanders. At 9:15 a.m. on July 1, 1916, 801 officers and men of the Newfoundland Regiment went over the top, aiming to seize the German-held village in the Somme Valley. Just 68 came through alive and unwounded. The site of the massacre is marked by a giant bronze caribou on a mound overlooking the battlefield.

On the field below, you can see a replica of the stunted Danger Tree that was a landmark for both sides. You can also walk through the trenches where the Newfoundlanders huddled before their disastrous assault. Today, the ditches are covered with green grass. You travel on dry wooden walkways instead of trudging through mud and dodging rats, but on a wet, blustery day under a lowering sky, you can still feel a hint of what it must have been like to wait for the whistle's shriek or sergeant's bark ordering you to action. Deep craters scar the landscape. Unexploded shells still rest under these fields – farmers have been killed running over them with a plow – so the grass is kept short with grazing sheep instead of lawn mowers.

On the same day we visited the main British monument, at Thiepval near Albert in northern France. This, to me, is the most impressive of the monuments on the front, an immense arch of brick and stone that dominates the landscape. Designed by British architect Sir Edwin Lutyens, it memorializes the British and South African soldiers killed in the Somme and left without graves.

We spent a few minutes walking through French-British cemetery that lies on a slope below the monument. Many of those buried here, as in the other First World War cemeteries, are unknown soldiers. Dog tags, then made of leather, often rotted away in the mire and left the dead impossible to identify. The white British headstones bear the words, "A soldier of the Great War – Known unto God;" French crosses simply say "inconnu."

You can hardly turn a corner in this part of the world without coming across a collection of meticulously tended war graves. Many are just tiny plots surrounded by farmers' fields. There are hundreds of them, each with white headstones arrayed among sprays of flowers. Commonwealth cemeteries have a visitor book where you can record a tribute.

The next day we went to Vimy Ridge, a must for any Canadian visitor. The soaring monument by sculptor and architect Walter Seymour Allward stands at the highest point that was stormed and taken by Canadian forces in April 1917, an achievement that was a coming-of-age moment for the young Dominion of Canada. Sorrowing human figures rendered in stone grieve for the 11,285 Canadian soldiers killed in France who were never identified or properly buried.

Canadian students offer tours of the site. Ours took us into the labyrinth of dank tunnels built to bring men and ammunition to the front lines. In one storeroom, our guide showed us a little maple leaf carved into the chalk by some Canadian soldier far from home.

Decamping from Amiens, we drove into Belgium to visit Ypres, known as "Wipers" by the Commonwealth troops and the focus of epic battles over the course of the four-year conflict. There you can tour the imposing Menin Gate, which bears the names of 54,000 officers and men who died in the area. It also marks the eastern exit from the town, through which countless soldiers marched, many to their death.

Every day at 8 p.m., a brigade plays the Last Post in the shadow of the arches, a mournful sound that brings home the sense of loss better than all the marbled monuments. The ceremony has been performed since 1929, except for a four-year break during the German occupation in the Second World War. It is an unforgettable moment.

Ypres is also home to the excellent In Flanders Fields Museum. Opened just this year in the 13th-century Cloth Hall, it is the most impressive museum of its kind I've seen, with videos, maps and displays on everything from propaganda to the underground war fought by miners with dynamite charges. We climbed a spiral staircase to the roof for a view of Ypres, a gingerbread town with a central square lined with restaurants and pubs. The whole centre, reduced to a heap of rubble during the First World War, was rebuilt – despite Winston Churchill, who thought it should be left as is to remind future generations of the war's toll. Residents put the town back together stone by stone, just as before – a profound act of remembrance in itself.

In the end, we spent five days on our tour, though you could do the main sites in two or three. The car gave us the flexibility to make detours to the places our grandfathers fought, but several outfits run guided bus tours and you could just as easily do it that way. Tourists come in the thousands trying to drawn a lesson from it all. But what lesson?

The purpose of these monuments and cemeteries, of course, is to make us feel reverence for the dead, to honour their sacrifice. They do inspire awe and gratitude. I often thought of young Harry Gee and how he found it in himself to leave his battery under heavy machine-gun fire and storm the enemy position. You can't help wondering: How would I have fared?

But it's hard not to come away feeling angry, too. The waste of it all! Millions of men maimed and killed over a few acres of mud.

Toward the end of our week, we visited St. Julien near Ypres. It was here in April 1915 that Canadian forces met major combat for the first time in the aftermath of the Germans' first gas attack. More than 2,000 Canadians died in the effort. A brooding soldier on a granite plinth marks the spot.

A group of British schoolchildren was taking a tour when we arrived. Their teacher was going on about how these brave men died to safeguard the freedoms we enjoy today. My wife, grinding her teeth, had to restrain herself from saying: "I think you've got your wars mixed up. This one was just futile."

But if a tour of the front shows how far we can fall, it also shows how far we have come. The killing fields have been replaced by farms and towns. Germany and France are now firm allies. The much-mocked decision to give the Nobel Peace Prize to the European Union seems less ridiculous when you have seen up close what unchecked national passions can do.

On our way back to France from Belgium, we passed through an abandoned border post. Now that Europe has a common passport and common entry policies, most internal border controls have faded away. You simply drive on through. That empty post was the most beautiful monument I saw all week.

An interesting and lovely spot to spend a night is La Peylouse, a mansion near France's border with Belgium that was a military headquarters in the First World War. It is now a bed and breakfast with a beautiful pond and garden. The owners will share stories about their home's history and introduce you to their dog, Betsy, an animal roughly the size of a small pony. A grainy photograph from the period shows Portuguese officers poring over a map at the property's big iron gate, still intact today. 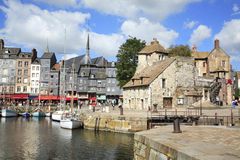 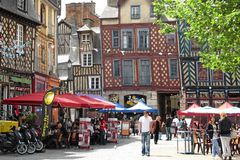