It's 10 p.m. on H Street NE, and the queue of clubgoers waiting to hear a band is a block long. A group of sexy tomboys walks past, headed to girls' night at a sleek lounge. A few doors down, a cheer goes up for a big score in skeeball. Welcome to party central Washington.

And while there's no bigger celebratory moment in this city than the presidential inauguration on Jan. 21, you won't find this sort of fun on Capitol Hill.

Behind the bustling Union Station, about a kilometre north of the government buildings, lies the H Street Corridor (a.k.a. the Atlas District). It was once home to immigrants, Pullman porters, teachers and shop owners. From the 1930s, until the riots that followed the assassination of Martin Luther King in 1968, it was the city's second busiest commercial district. Now, after a down-and-out few decades, H Street NE is roaring back.

Late at night, trustafarian white guys with skinny pants and gals sporting scarlet lipstick and vintage frocks pour in, queuing up at nightspots with such clever names as Jimmy Valentine's Lonely Hearts Club; the area's African-American partygoers head to the rooftop of Twelve, the coolest boîte on the strip.

By day, the lunch-pail crowd still hangs out at Mason's barbershop and snacks on fried-fish sandwiches at Horace and Dickies, a carry-out joint more than 20 years old.

H Street is a checkerboard of narrow storefronts, some selling hardware and workwear – others housing hot new restaurants and yoga studios. The neighbourhood is a clutter of early 20th-century buildings on little side streets. (As with other parts of D.C., evening visitors might not want to stray too far away from the main drag.)

One thing you won't see much of is tourists – "yet!" says Anwar Saleem emphatically. As executive director of H St. Main Street, a non-profit working to reinvigorate the neighbourhood, Saleem is its biggest booster. He reminisces as we stroll through the blocks where, as a kid, he shined shoes or ran errands for shopkeepers.

"That was before the '68 riots decimated everything," he says sadly, gesturing to a strip mall where family businesses stood. But in a millisecond he's upbeat again, noting that the area is also the site of the Beatles' first U.S. concert.

"Even when there was crack and crime here," Saleem says, "this was a warm place with good neighbours. It took us years of working with the city, but the residents brought H Street back." In less than a decade, 180 businesses have opened. New sidewalks line the streets, and locals are betting on the launch of a streetcar later this year to bring in shoppers and tourists.

So far, H Street is primarily a weekend destination. "It's where you want to go when you want to go somewhere really different," says actor Will Gartshore, a native of Sault Ste. Marie who works as a lobbyist for the World Wildlife Fund. "H Street has the closest vibe to Parkdale, West Queen West [in Toronto]." He favours the "great scrappy" Rock & Roll Hotel, known for live acts such as Toronto's Dragonette and its popular scatological spelling bees.

That kind of playfulness is common. In one venue, millennials indulge in arcade games. At the bar/Mexican restaurant H Street Country Club, patrons munch on duck tacos and play shuffleboard, skeeball or Washington-themed mini-putt.

More upscale fare is on the way, says Joe Englert, an early investor in the bar scene. "It's time for more sophisticated places."

This spring he will launch Vendetta, an Italian soul food joint with indoor bocce and, he adds with a laugh, "an all-star collection of plaster saints on the back patio." So still irreverent, but tonier.

Despite all the development, this is a community with deep roots. On my walk with Saleem, we're greeted by old-timers who still tip their hats to ladies. News that sitcom star Neil Patrick Harris just dined on ramen at Toki Underground leaves long-time residents unimpressed. But everyone is thrilled that President Barack Obama has eaten at Smith Commons and Boundary Road, and that the first lady considers Sticky Rice a favourite.

The black population in Washington, although still the majority, has declined over the past decade, and areas such as H Street NE are increasingly attracting more young, white, middle-class home buyers. For now, the neighbourhood maintains a delicate balance between hipsterization and its historic African-American culture.

It helps that much of the change is community driven. "We want the area to grow," D.C. Mayor Vincent Gray, tells me, "but we want the diversity and affordability to remain intact."

Fundrise, a groundbreaking program, may be part of the answer. It crowd-sources real-estate investment, giving the community a say in what's built. The first project is Maketto, a market/coffee shop opening this spring.

For now, H Street seems far enough away from the policy wonks to set itself apart. "It feels like you are at the outer boundary of D.C. here," Gartshore says. "That's what's fun."

WHERE TO CELEBRATE THE INAUGURATION

This year Obama is belt-tightening, so there are only two "official balls," but plenty of unofficial ones to attend – if there are still tickets left.

Chef's Ball is co-hosted by Art Smith, Oprah's favourite chef, with five other TV celebrity chefs. $125, and the proceeds go to charity. artandsouldc.com

Seventeen states will hold Inaugural balls – even Texas, which talks about seceding from the union. "Big" is a Texas thing, so 15,000 are expected to "boot-scoot" the night away at the Black Tie and Boots Inaugural Ball (cowboy hats optional). $250. texasstatesociety.org

Chickasaw to Choctaw hosts welcome guests to the Native Nations Inaugural Ball at the National Museum of the American Indian. It's a fundraiser for the museum's educational programs. Black tie or traditional Native garb. $1,000. nmai.si.edu/inauguralball

The Smithsonian National Air and Space Museum has room for 500 of its closest friends at the Washingtonian Starry Night Inaugural Ball. Danceto a live bandat the open bar eat Chesapeake Bay crab and wander among aircraft and rockets. $350. washingtonian.com/inauguralball

The Woman's National Democratic Club Ball is old school and elegant, and takes place in the 19th-century mansion where Eleanor Roosevelt gave her storied radio addresses. Sit-down dinner and dancing. Tickets from $175. democraticwoman.org/events

M Central is an art collective with four days of events in honour of the President. All this in a two-level warehouse on H Street NE, including an Inaugural Millennial Ball with "cutting edge performances." Dress is "creative black tie." $75. mcentral.co/rsvp

The Peace Ball: Voices of Hope and Resistance pays "tribute to the continuing struggle for peace and justice in the United States and throughout the world." Amy Goodman and Ralph Nader will be there. Instructions: "Dance the furious dance of defiance!" $135. busyboysandpoets.com

Vaudeball is definitely unofficial. Fernie, B.C.'s Miss Joule – with back up from her burlesque buddies – will spin hula hoops, eat fire, walk on glass and perform burlesque in honour of Obama's second term. $15. hugefan.com; 202-222-5675

The Green Inaugural Ball is a black-tie event in The Newseum, one of Washington's greenest venues (and with the best views of the Pennsylvania Avenue Parade route). Tickets start at $400. nwf.org/2013-Green-Inaugural-Ball.aspx

Horace & Dickies' catfish and wings combo is the real deal. This legacy joint is open until 2 a.m. and it's still possible to dine for $10. 809 12th St. NE, horaceanddickies.com

The raucous Rock & Roll Hotel is in a former funeral home decked out with giant mirrors and music posters of legends such as Jim Morrison and David Bowie. On weekends, lines for this venue extend down the block and the entrance is patrolled by NFL-size bouncers. 1353 H St. NE, rockandrollhoteldc.com

The Pug is one of Washington's best dive bars. A poster instructs: "No idiots. No specials. No shooters. No politics. No bombs. Relax. Be cool. Drink. Behave." 1234 H St. NE, thepugdc.com

HR 57, a jazz and blues venue, is technically a non-profit dedicated to the preservation of those genres. It's a hangout for jazz aficionados and musicians. Wynton Marsalis, Chuchito Valdés, and pianist Eric Lewis have all made appearances. 1007 H St. NE, hr57.org

The Atlas Performing Arts Center, a venue for jazz, theatre, dance and world music, is the anchor of the H Street arts revival. "This is our Kennedy Center," Anwar Saleem says proudly. Catch a performance of the likes of Zimbabwean musician Oliver Mtukudzi or the up and coming Mary Halvorson Quintet in this restored art deco movie house. 1333 H St. NE, atlasarts.org

Randall Scott Projects This gallery will have its first show in February, with works from such under-the-radar artists as L.A.'s Robert Kingston and Brooklyn's Mason Saltarrelli. randallscottprojects.com

Grab some wheels at an H Street Capital Bikeshare station and pedal over to the newly opened Union Market. Located on the two-century-old site of DC's first outdoor vendors, this is the place for gourmet shops, crafts and home goods. And don't miss Buffalo and Bergen, where lauded mixolologist Gina Chersevani offers her grownup take on a retro Brooklyn soda shop. unionmarketdc.com

The George, a cozy boutique hotel offers a luxe in-room spa/makeup do-over for partygoers. The adjacent Bistro Bis is headquarters for eavesdropping on politicians. hotelgeorge.com

TheLiaison, a five-minute cab ride away, is the closest hotel to the Capitol. The Art and Soul restaurant offers food served up by Oprah's former chef Art Smith. affina.com

Think you know Washington? Why it’s worth another look
September 5, 2012 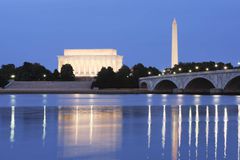 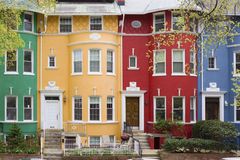 The insiders' scoop on five cities you should visit
September 10, 2012 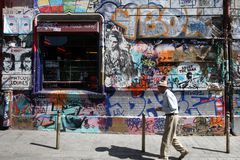 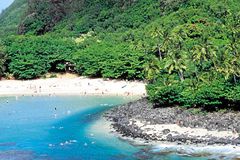