David Acland is tall and lean, with exactly the kind of ruggedness one wants in a farmer. Kate, his wife, is model pretty and more glamorous than any of her guests. One gets the feeling she was raised for a more glossy, urban life (she started a winery after university), but she seems right at home as she trucks through the dirt in her wellies, opening and closing gates behind a caravan of Jeeps so the animals stay where they should.

Home, for the Aclands, is Mt. Somers Station, one of the largest "ranches" in New Zealand. In the foothills of the imposing Southern Alps, about an hour outside of Christchurch, they are raising two adorable babies – and, this season, 18,000 lambs and 5,000 deer. They are kind (perhaps crazy) enough to occasionally tour visitors around the 4,046-hectare property, giving outsiders a chance to get close to the sheep that are so ubiquitous in this country.

By the time I leave a couple of hours later, I know the name of the Acland's bratty Burmese cat, what their vacation plans are and even how they met. Theirs is a warm, gentle hospitality, a style I've encountered many times before – thousands of kilometres away – on Canada's East Coast.

I came to New Zealand expecting to be wowed by an awe-inspiring, exotic land: mountains, glaciers … adventure! That is, after all, the image sold to the world by its tourism board, countless magazine articles and Peter Jackson's endless hobbit movies. And make no mistake: It is a stunner. But, for me, the scenery soon faded to the background. What caught my attention was a surprising feeling of familiarity, as if I had just discovered a long-lost Maritime province. It was small human moments that made a lasting impression, not epic natural grandeur.

So as I listen to David share the history of Mt. Somers (the property, in his family for more than 150 years, once extended to the top of the mountains, he explains with a gesture to the craggy peaks), I appreciate the view, but more so just the simple fact that I get to hear him say it.

Mt. Somers is a fully operational farm so, no, tourists can't just show up unannounced (although I'd bet $50 they'd still invite you to tea). My ticket in is David Haitt, the general manager of Canterbury Guiding. The two Davids grew up together, and their ease with each other speaks to years of friendship. Haitt, a fifth-generation Cantabrian, taps into such connections to offer visitors insider experiences. It is no surprise he works closely with Otahuna Lodge, a Relais & Chateaux property about 25 minutes from Christchurch (and my base for the next three days). Guests who spend $1,100 a night don't take a bus tour around town – they take a helicopter into the high country.

After a drive around Mt. Somers, we gather in the Aclands' ranch-style home. As Jimmy McIntyre, Otahuna's chef, prepares a gourmet picnic-style lunch, Kate minds baby Leo while Otto, two-and-a-half-years old, hams it up for guests. The boys are just 17 months apart. A girl is on the way.

"That's enough for now," Kate says with a laugh.

The next morning, Haitt arrives at Otahuna around 8:30 in the morning, an ungodly hour for a jet-lagged traveller. But he is excited to show off Akaroa, a waterfront village on the Banks Peninsula, about a one-hour, twisting, climbing drive away. His passion for Canterbury is infectious, and one story in particular manages to rouse even this exhausted passenger.

He shares how about a week before our October arrival, close to 700 passengers from one of the first cruises ships of the season became stranded in town after a storm moved in and rough waters prevented their transfer back to the vessel. The people of Akaroa, population 500, did what good maritimers do: they opened their doors, offering up spare beds, couches and sleeping bags to more than 300 strangers (the rest went to Christchurch).

"I guess it's like 9/11, when those people in Newfoundland took in the stranded plane passengers," says one of my American travelling companions.

I find more reminders of home throughout Akaroa. Settled by the French in 1840, the Gallic influence is still seen on street signs and restaurant menus.

But most people come here for the water. Akaroa Harbour is all that remains of a prehistoric volcano; from a distance it looks like an oil painting, a glistening blend of cerulean, turquoise and deep greens. It is home to Hector's dolphins, small creatures that usually measure no more than 1.5 metres in length. They are lightening fast, but I manage to spot dozens during a boat ride out beyond the harbour entrance and into the sea.

Once ashore, I head to Fishermans Bay Garden, an uphill 20-minute drive away. Covering two hectares, the stepped garden is perched high above the water, with sweeping views of the Pacific Ocean. It is a riot of colour and textures, with more than 150 species of native and foreign plants, including New Zealand hebes, roses and ferns.

But the most remarkable aspect is that it is a private garden, essentially the back yard of Jill and Richard Simpson, who open it to guests from November to April.

"Your paintings are lovely," one visitor says on the way out.

"Thank you," Jill says. "You're just too kind. Thank you so much for visiting."

And there it is again. That generosity, that sincerity. It's me who should be thanking Jill for letting us invade her home, not the other way around. I'm reminded of the time I stopped to buy dulse near Hall's Harbour in Nova Scotia; the seller insisted on giving it away for free because it wasn't "good enough."

Ah, but I can hear you say, these people have a vested interest in being nice to tourists. Perhaps. But the feeling of welcome is pervasive here, even when it serves no tangible benefit.

On my first afternoon at Otahuna I explored the grounds while waiting for the rest of my party to arrive. The 12-hectares surrounding the elegant Victorian mansion are a seemingly neverending mix of formal gardens, orchards and vegetable plots (which inspire chef Jimmy's five-course dinners) and secluded forest walks. I almost feared getting lost, so I headed out along the main road. I passed the expected flocks of sheep and herds of deer, when suddenly an animal made me stop short. It was a Scottish Highland calf, a.k.a. a hairy coo. His mother rested under a nearby tree.

As I snapped pictures an older gentleman wandered by with a dog at his heels.

"Excuse me," I said, "but do you know what these are doing here?"

He smiled. "They're mine." And then his eyes lit up. "Have you ever seen a Kunekune pig?"

He led me to a driveway a few metres along, and there I met Seamus, a shuffling, grunting hog with a nose ring and small, curling tusks. I was smitten.

The man then introduced me to the rest of his gang of animal misfits (including a female pig rescued from frat boys who trained her to chug beer) and we spent a few minutes chatting before I headed back.

And that was my favourite New Zealand moment. No mountains in sight. No helicopter ride. No wizards or orcs. Just a warm-hearted stranger and his pig.

Owners Miles Refo and Hall Cannon have lovingly restored Otahuna Lodge, originally built as a private mansion in 1895. The entry hall sets the tone for luxury, with a roaring fire, rich kauri and rimu woodwork and a portrait of a Maori warrior. It feels like the setting of an Agatha Christie novel (complete with butler). Each of the seven suites boast a unique feature, such a 14-metre verandah or wood-panelled walls . Enjoy pre-dinner drinks and canapés in the drawing room, but leave space for the nightly five-course degustation menu. By day, take a guided tour of the gardens, play tennis or go for a swim. Save the jacuzzi for night, when you can sip champagne under the stars. Rumour has it Prince Charles stayed here during his recent November tour (no word on whether he went hot tubbing). Suites from $1,100 (NZ), includes breakfast, dinner and other services); otahuna.co.nz

David Hiatt, general manager of Canterbury Guiding, finally made me realize the value of an expert guide. Want to visit a sheep station, have a picnic in the Alps or just tour around with a funny, patient, knowledgable local? Call him canterburyguides.com

Spotting the small Hector's dolphins in Akaroa can be tricky – unless you have a secret weapon. Murphy, a terrier cross who's part of the team at Akaroa Dolphins boat tours, barks at the dolphins before you can see them. akaroadolphins.co.nz

The TranzAlpine scenic train rides is a must-do for rail lovers. Travel from Christchurch to Greymouth and back in a day, with a stop at Arthur's Pass in the Alps. kiwirailscenic.co.nz

Any backyard botanist will be inspired by Fishermans Bay Garden, perched above the Pacific Ocean near Akaroa. This is a private garden, so bookings are required. gardenstovisit.co.nz

Refuel during a busy day of sightseeing with lunch of glazed Akaroa salmon or haloumi and mint fritters at the Raspberry Café on Rhodes Road in outer Christchurch. Sweet tooth? Don't miss the caramel and oat slice. raspberrycafe.co.nz

The writer travelled courtesy of Otahuna Lodge. The proprietors did not approve or review this article.

Auckland: A city to perk up even the most jet-lagged traveller
November 19, 2012 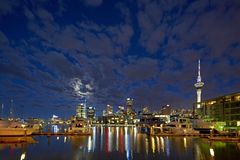 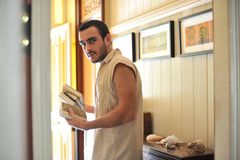 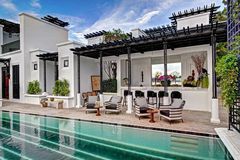