On a cold, rainy morning in Bradford on Avon – a tiny, historic town of 9,000 in southwest England – my boyfriend has a bright idea: Let's go for a five-hour walk. He wants to show me the sights of his hometown.

It's the kind of miserable, damp cold that seeps into your bones. And the rain? Tippin' it down, as the English say.

But even on this horrible grey day, the town shines. "This is the prettiest place I've ever been," I must have said 14 times. Admittedly, this is my first time in England. But I've lived in Paris, toured around Ireland and spent many weeks in Central and South America: I've seen pretty.

But Bradford on Avon is exceptional because no one seems to realize it: At once ancient and modern, big city and small town, the sights and people and ambience all seem to say, "That's just the way I've always been, love." Seeing every nook and cranny during the worst possible English weather made this place all the more magical. Sunshine? With our wellies and brolly, who needs it?

This is a special place, and the rest of the country has stood up to notice. After an exhaustive national contest, in March, the Sunday Times crowned Bradford on Avon the best town in all of Britain – it has the best of both worlds, the paper wrote, perfection "for the city slicker and the country bumpkin."

"Old weavers' cottages and magnificent merchants' houses were built from the same creamy stone as neighbouring Bath," wrote the Times. "The town is no sleepy backwater, as locals get involved with everything from running stalls at the weekend flea market to open-mike nights on Thursdays at the Swan Hotel."

Living in Bradford on Avon is like "being on permanent holiday," said one resident to BBC Wiltshire in a radio feature about the town's recent fame. If you need any more persuading, Bradford is only two hours from London, a stone's throw to Stonehenge, a quick train ride to Bath and on the cusp of the Cotswolds. Once you've arrived, you are surrounded by mind-boggling history, rolling hills and ancient cream stone that I felt I needed to touch at every possible opportunity.

We start off crossing Town Bridge, BoA's most famous postcard setting and the reason for the town's settlement, which reaches back to the Iron Age, 2,000 years ago. It's hard to fathom: 2,000 years of history on the ground where we stand. My Canadian brain can barely comprehend it. There was a Saxon battle in the 600s, on the river crossing, or "broad ford" as it was known then and became the origin of the town's current name.

The bridge, with nine stone arches, has a tiny medieval prison in its centre.

It's a beautifully round stone building that was used as a chapel in the 1300s, but in later centuries it became a time-out, or lock up, to help the town's deviants cool off for the night after one too many pints. "So, how many nights a week did you spend there?" I ask Sam, who ignores me and tells me about the weather vane on top of the lock-up: "It's a gudgeon, an old Christianity symbol, and the reason for the local saying of being drunk, or imprisoned, 'below the fish and above the water.'"

On the walk, I can't put my camera away, try as I might. Grocery stores, the vet's office, the fire department – all deserve to be gawked at. There's a history lesson around every corner and not a spot of garbage – sorry, rubbish – to be found.

We walk along the River Avon and duck into the town's main church – "This is only 1800s," Sam whispers, as if it's somehow a disappointment. I barely hear him as I take in the beautiful choir voices and the pattering of rain drops on the soaring stained-glass windows. There's a much older church right beside it – because of course there is – a stone Saxon church from the year 800. As we walk inside and visit an unmarked tomb topped with a mysterious single rose, even my boyfriend is quiet.

Just when I thought I couldn't absorb any more history, Sam says, "I'll show you the barn." But when we saunter back down the river, talking about the town's pack-horse origins and cool house boats, there is no ordinary barn: I find a 14th-century stone hall, sprawling more than 50 metres in length. Sam tells me it was originally owned by nuns in the Middle Ages, and used to store farmer's produce as taxes for land.

We're not done yet. He points to the nearby hillside, where another part of town sits. It's his favourite, he says, so we have to climb. Climb through tiny archways, stone stairwells that lead only to more stone stairwells: I can't feel my hands, but he keeps telling me it's a must see and there's just a few more stone stairwells to go. There is mud and more mud around every corner. But he wasn't kidding: The view overlooking the whole town is spectacular.

We end, like any great British tour should, at the pub. The Dog & Fox is a charming watering hole crammed with locals having a few before dinner. I throw darts with some older ladies, then settle a bet (if my accent is Canadian or American) between brothers, and the winner buys me a pint. I'm a downtown Toronto girl and this is the best party I've been to in a long time – I feel at home, warmed by new friends, strong drink, wood-burning fire and the pub's resident dog.

As I sip my cloudy cider, and feeling returns to my fingers, I understand why Bradford on Avon is having a well-deserved moment in the spotlight. I'm sold. Perhaps I'm in the market for a "permanent holiday" myself. 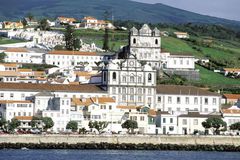 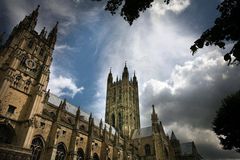 Yum! a hedonistic retreat for the discerning foodie
May 15, 2015 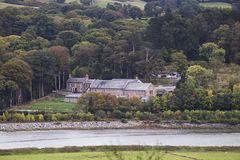