The desert and the deep blue sea converge in dramatic fashion along Mexico’s Baja California peninsula. Famed for its championship golf courses and uncommon aquatic life, Cabo is a jetsetter hotspot that was nearly destroyed by Hurricane Odile in 2014. It’s taken more than a year for many resorts to get back on their feet, and in the the meantime, this promontory of desert lands and postcard-worthy coastlines has received a style injection with the arrival of the Cape, a Thompson Hotel.

A mix of modern elements and casual Baja style, the Cape throws it back to the 1960s, paying homage to the early days of SoCal surfer culture with its mid-century modern aesthetic and laid-back vibe. 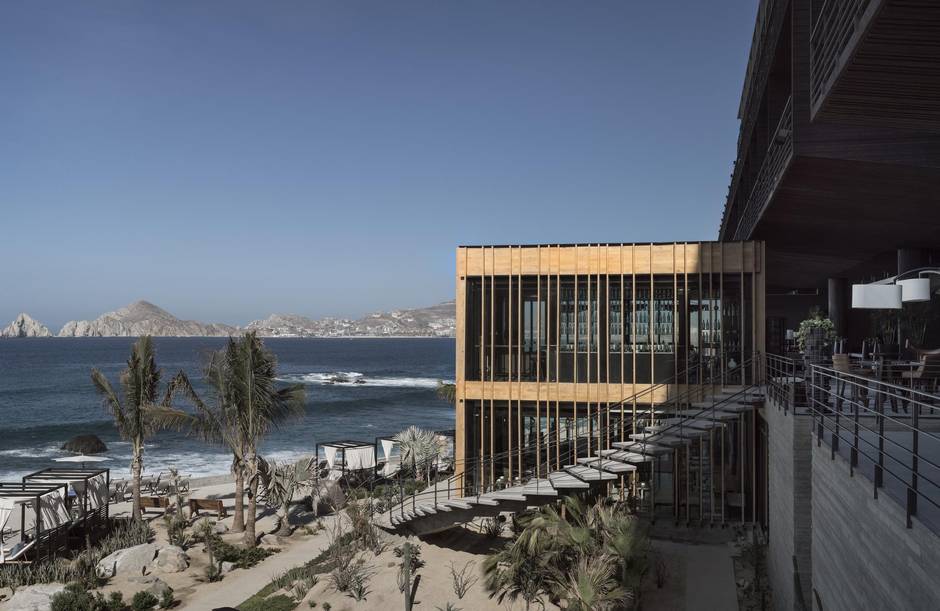 The Cape throws it back to the 1960s, paying homage to the early days of SoCal surfer culture. (Thomas Hart Shelby)

Head to the southern tip of the peninsula and you’ll find this beachfront retreat directly on Monuments Beach, a secluded sweep of creamy sand that’s one of best surfing breaks in Cabos San Lucas. Fret not, city slickers: You’re only five minutes away from downtown Cabo, though it feels much more remote. In addition to panoramic views of the Sea of Cortez, this is one of the few hotels where every guest room has unobstructed views of the Arch, a stunning natural phenomenon of crooked granite carved by centuries of wind and sea exposure. 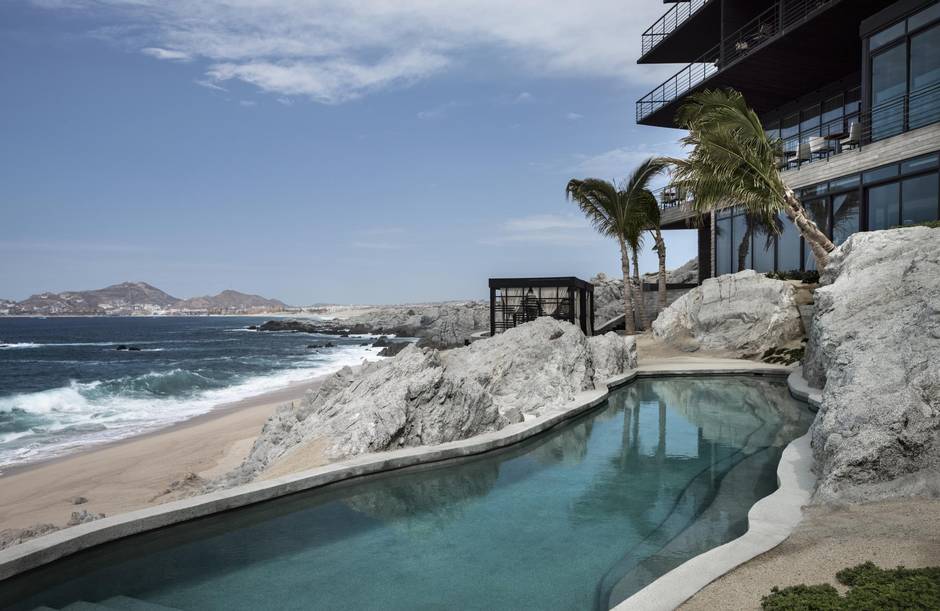 You’re only five minutes away from downtown Cabo, though it feels much more remote. (Thomas Hart Shelby)

As lovely as this resort is, getting to and from it is a pain. Taxis fares are steep, and you don’t want to be doing the 30-minute drive between San Jose and Cabo along the deadly Corridor on your own if you can help it. It’s not that well lit, the off ramps are confusing and many fatal traffic accidents occur along this stretch of highway. The Cape could save guests the hassle by offering a shuttle service from the airport and into either town, should guests wish to go gallery hopping in San Jose or sample Cabo’s nightlife. 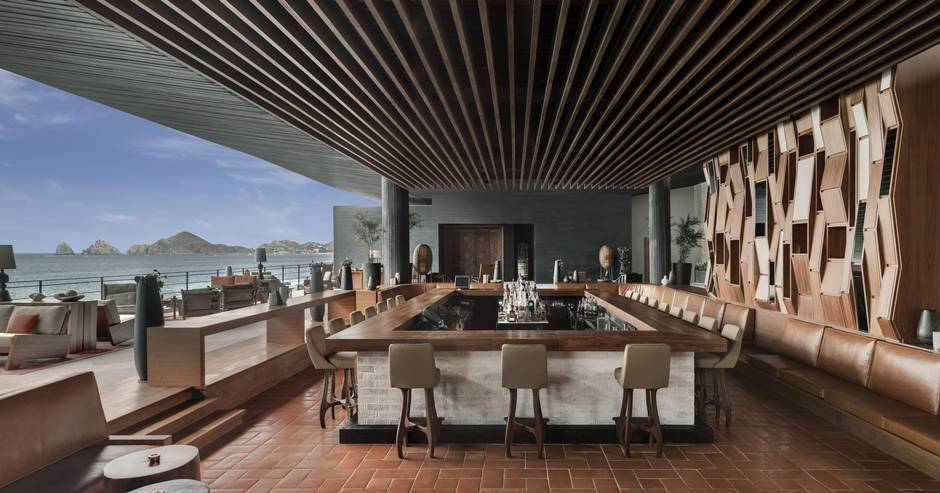 Swarming the property is a chic potpourri of thirty- to forty-somethings, mainly from California. (Thomas Hart Shelby)

You won’t run into the all-inclusive crowd here. Swarming the property is a chic potpourri of thirty- to forty-somethings, mainly from California, who’ve grown bored of the Palmilla and other five-star resorts on the peninsula. Though they don’t cater specifically to families, one- to three-bedroom villas lure the troops and their nannies. With the only rooftop lounge in Cabo proper, expect a crowd of local hipsters and expats to descend upon here nightly. 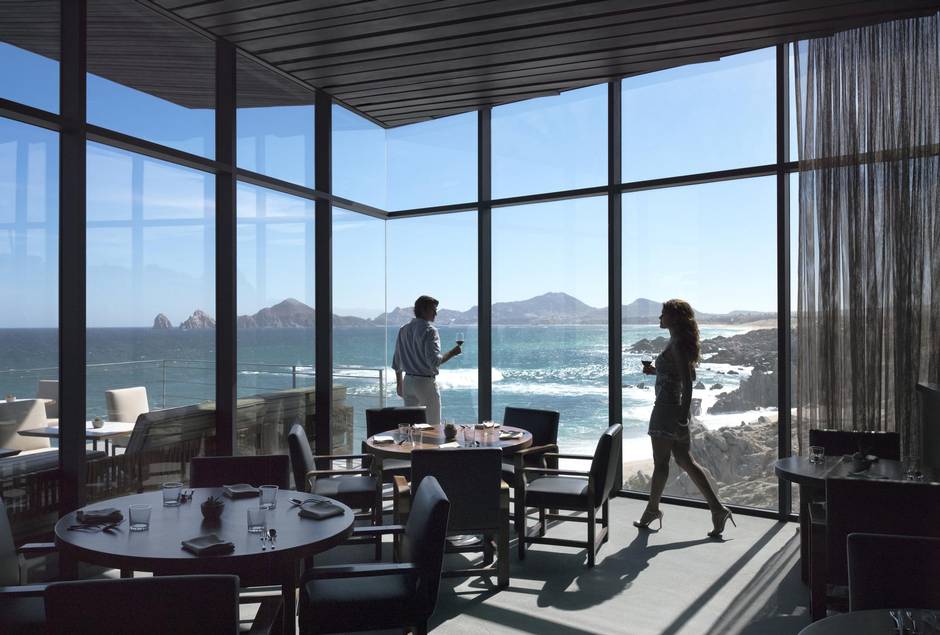 There’s no need to leave the premises when food options range from exceptional tacos to an outpost by acclaimed Mexican chef Enrique Olivera of Pujol fame. The pool bar may look unassuming, but order the fish tacos and enjoy plump black bass lightly kissed by batter, drizzled with chipotle mayo and set atop crunchy slaw – they rank up there with the best in the Baja. The big draw, however, is Manta, Olivera’s fusion restaurant focusing on Pan Pacific flavours in the izakaya tradition of small share plates. Tuck into the excellent value-tasting menu comprised of two appetizers and two entrees, which can easily be split. Whether you dunk organic fried chicken into a potent tamarind-sesame sauce or experience a light lip buzz after nibbling bluefin flecked with jalapeno, you won’t be disappointed. 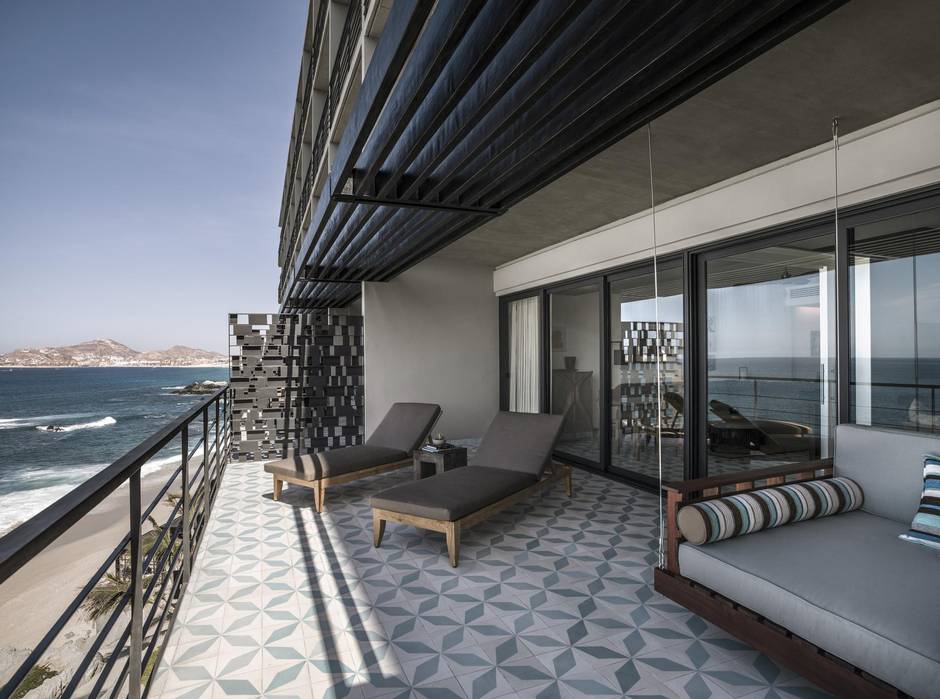 Kick back on the balcony daybed swing with the complimentary bottle of custom-made tequila, and you just may discover a fine Mexican tradition: la siesta. (Thomas Hart Shelby)

I loved my room balcony, and not just because of the phenomenal vistas. Kick back on the daybed swing with the complimentary bottle of custom-made tequila, and you just may discover a fine Mexican tradition: la siesta. Second best? The poolside canopied cabanas – offered at no extra charge. 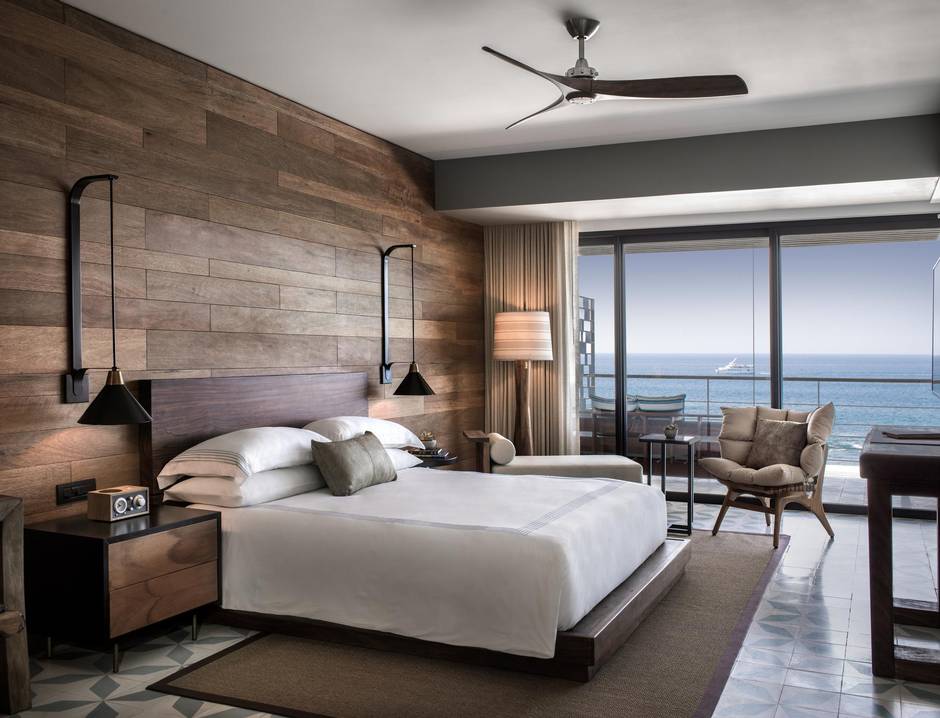 A guestroom at The Cape. (Thomas Hart Shelby)