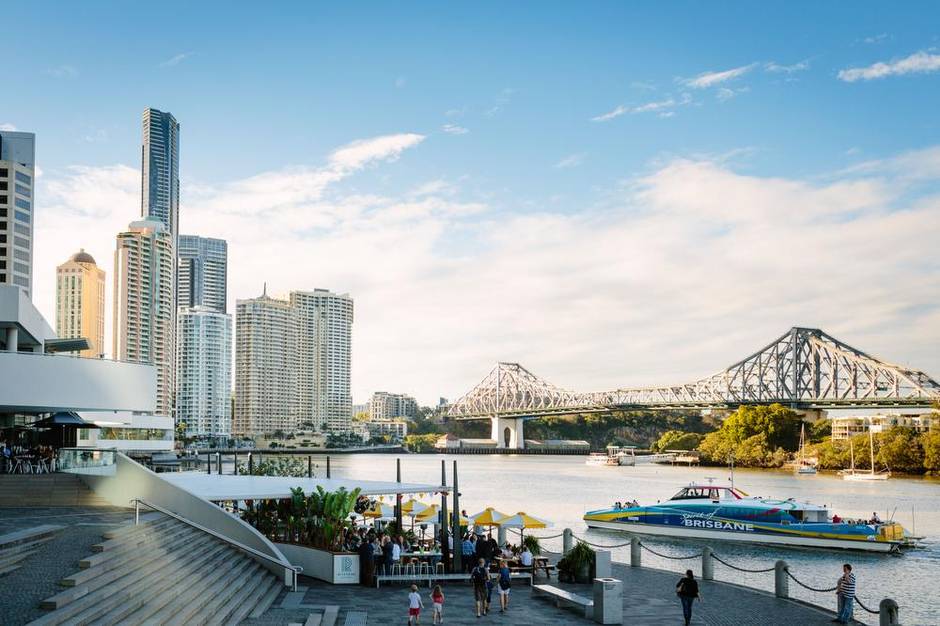 Cruise up the river in Brisbane to understand more of the city’s unique charms.(Choose Brisbane)

In the race for the title of Australia’s most attractive city, Sydney and Melbourne are bitter rivals. The argument runs along classic New York versus Los Angeles lines, with Melburnians claiming depth and substance against Sydney’s glib superficiality, and Sydneysiders contrasting their colour and energy with Melbourne’s self-righteous gloom.

Say what you will. I prefer Brisbane.

While it lacks the straightforward charm and epic scale of its famous siblings, Brisbane has something neither can match: an intoxicating blend of the familiar and the exotic, the bland and the bizarre. Imagine Victoria, B.C., transplanted into the jungle and you’re mostly there – a calm, orderly, surpassingly friendly city where flying foxes roost in mangrove swamps and the temperature reaches 30 degrees on a winter’s day.

My guide in Brisbane, Robert Forster, perfectly embodies this contradiction. Forster is a bona fide rock star – co-frontman of the legendary Go-Betweens, after whom a Brisbane bridge was recently named. The band emerged from the city’s thriving music scene in the late seventies, playing a curiously gentle brand of punk – possibly because, as Forster puts it, Brisbane was “too hot for chains and leather.” But for a man who counts U2 and REM among his admirers, Forster is devoid of rock-star ego. He proves a remarkably attentive host – even to a total stranger – sending detailed itineraries in advance and, in person, apologizing profusely if he’s even a minute late. 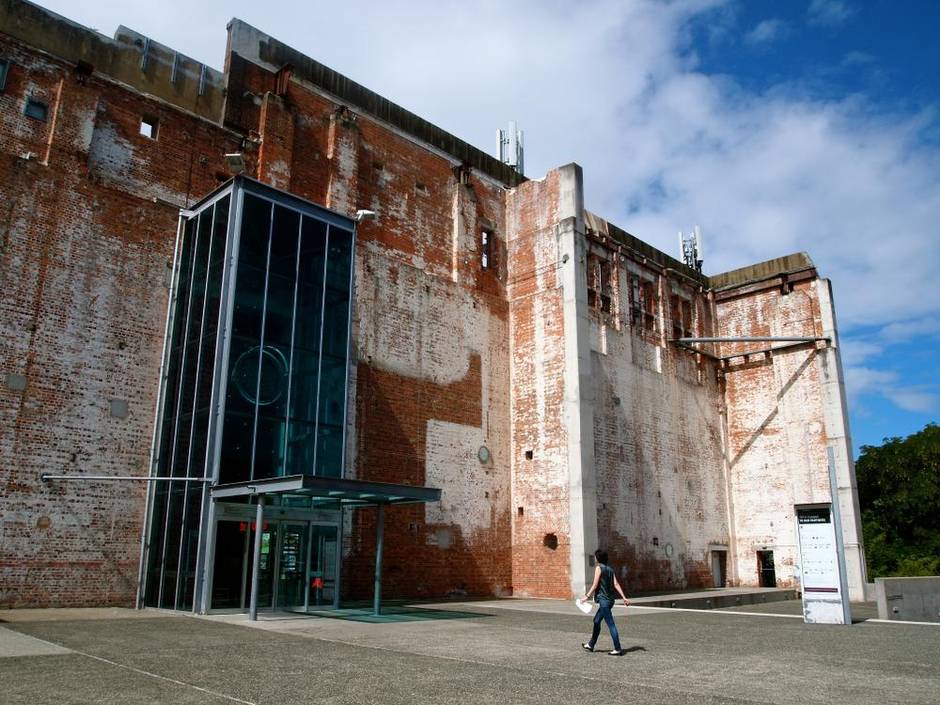 Stop for a drink at the Powerhouse – a riverside arts complex in a converted power station. (Marta Balcewicz)

My trip to tropical Queensland is an escape from a brutal Ontario winter, and my bright and breezy room at the Edward Lodge, a Forster-recommended boutique hotel in the leafy inner suburb of New Farm, proves an admirable portal to this new world free of tuques and mittens. In nearby New Farm Park, passersby smile amiably as I sit transfixed by the colourful lorikeets and noisy kookaburras that fly from eucalyptus to eucalyptus. When I stop for a drink at the Powerhouse – a riverside arts complex in a converted power station – the sun is so bright that, even with sunglasses, my cheeks ache from squinting. As I feel myself begin to thaw, I curse my ancestors for choosing Canada over this paradise.

The next item on my itinerary is a trip on the City Cat: public transit that ferries passengers up and down the Brisbane River in high-speed catamarans. Businessmen commuting to the Central Business District sit beside students bound for the upriver University of Queensland and families bound for the park – all apparently immune to the novelty of their river-borne tramway. My destination is South Bank, a cultural district on the former grounds of Expo 88. For Forster, Expo marked a breaking point from the conservative period of his youth, when Brisbane was “like the Deep South” and police routinely shut down punk shows. During my visit, South Bank’s fabulous Gallery of Modern Art (GOMA) holds a punk-focused exhibit on Australian album art.

When I ask Forster to show me his two favourite parts of the city, the contrast is telling. The first, West End, is an inner suburb reached via the Go Between Bridge. Forster describes the ethnically diverse neighbourhood as “a wild mix of hippies.” The vinyl shopping at Jet Black Cat and Egg Records is among the best in Australia, and the Asian fusion cuisine and “long black” Americanos at West End Coffee House are top notch, too. Denizens of Brooklyn and Toronto’s Queen West would feel right at home. 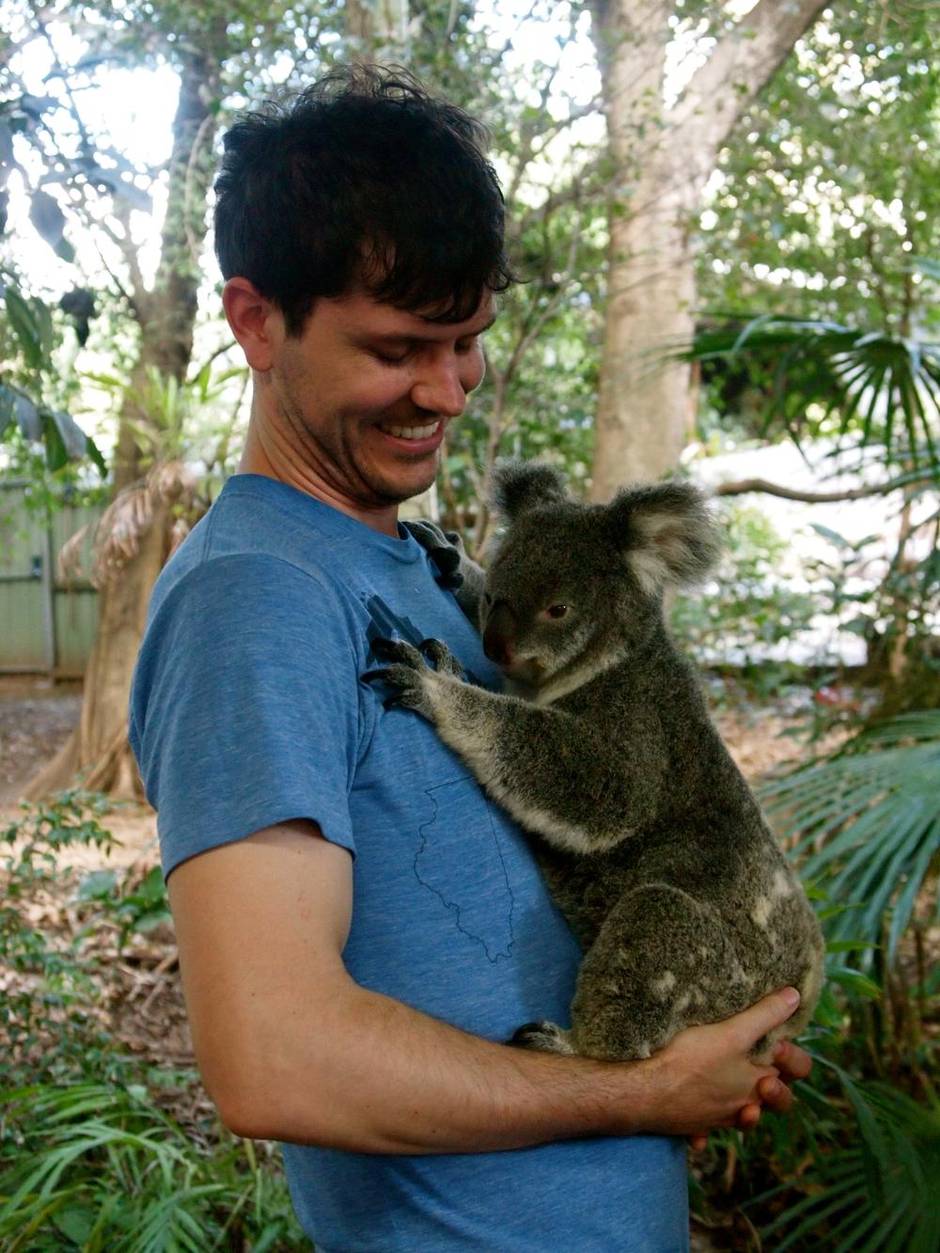 But Forster’s heart is unabashedly in the distant suburbs. As we drive back across the river, he speaks of his love for the place where he grew up and still lives with his family – the place with the perfect suburb name: the Gap. For all its rediscovery of the urban, Forster tells me: “Brisbane has always been about the suburbs. It’s car culture, it’s sunshine, it’s sprawl.” On the winding, half-hour drive from the city centre, he’s effusive about “the greenery and the houses,” “the ridges,” “the roller coaster feel” – “the whole aesthetic of it.” The Gap itself is a thicket of bungalows surrounded by low, lush hills. He shows me the landmarks: a golf course and a strip mall.

The most perfect symbol of Brisbane’s special charm, however, is revealed the next day. Forster declines to accompany me to the Lone Pine Koala Sanctuary, but he gives his blessing. “Everyone goes,” he says: Queen Elizabeth II, Pope John Paul II – “even the Talking Heads went in ’79.” Lone Pine’s appeal is no mystery. It is one of the few places in the world where you can legally cuddle a koala – that is, hold the fuzzy marsupial as if you’re burping a baby.

The best way to reach the remote sanctuary is by Mirimar Cruises’s daily round-trip. The hour-long journey up the wide and muddy Brisbane River unfolds like Heart of Darkness retold as a comedy.

From my perch in the tidy vessel, munching on a grilled-cheese sandwich, I see gum trees and cockatoos pass by on the left, and the manicured lawns of modest homes on the right; dense foliage and the hint of an alligator splash on one bank, a happy couple playing tennis on the other. When we finally reach our destination, I am met not by a deranged Kurtz but an almost incomprehensibly adorable Koala. I snuggle it to the full extent of the law.

There are no direct flights to Brisbane, but you’ll barely notice the hour-and-a-half connection after your 20ish hour flight to Sydney.

Edward Lodge, on a quiet street in residential New Farm, is hard to beat. Rooms are large and airy, the courtyard is peaceful and tropical, and the price is right. A short walk past distinctive Queenslander-style homes – many built on stilts – leads you to the excellent restaurants and cafés of New Farm Village and the lush riverside New Farm Park. Downtown is a 10-minute City Cat ride away. Rooms from $99. edwardlodge.com.au

Closer to downtown, the Meriton Serviced Apartments on Hershel Street are a modern and comfortable, if somewhat anonymous, choice. Located in one of the tallest towers in Brisbane, apartments offer excellent views of the Go Between Bridge. From $120. meritonapartments.com.au

Brisbane is full of excellent Nepalese restaurants, and Himalayan Café in New Farm is among the best. The calm atmosphere of the low-tabled, well-cushioned, trinket-heavy dining room makes it an excellent place to recover from jetlag. Excellent vegetarian and gluten-free options. Don’t miss the homemade breads. 640 Brunswick St., 617-3358-4015

The Library Café, located inside the Queensland State Library in South Bank, is the perfect place to grab lunch after visiting the nearby Gallery of Modern Art. Grab a fresh-made quiche and head for the patio, an excellent spot for people watching. Expensive, but so are most things in Australia. Stanley Place, South Bank. slq.qld.gov.au

The gorgeous, hipstery West End Coffee House has the best coffee in town and a delicious menu of Thai street food. Robert Forster gets a stirfry and an espresso. 80 Vulture St., westendcoffeehouse.com.au