Down a narrow, cobblestone street that winds its way between awe-inspiring buildings, a collection of café tables pops into view, each one filled with young, stylish men and women in suits and sheath dresses, out for a night of cocktails and chatter.

It feels European, this chic urban scene, but these tables are not set beneath British cathedrals or the palazzos of Florence. This is Stone Street, a pedestrian-only corridor through the Financial District of Lower Manhattan, where an oasis of restaurants and bars thrives in the long shadows of Goldman Sachs and the Exchange District.

Like many European destinations, this neighbourhood has become inseparable from its history, its recent revival and unique character set against the scars of its tragic past.

That Lower Manhattan is now a global tourist destination is impossible to deny. This month will mark the 10th anniversary of the terrorist attack that felled the World Trade Center. Already, more than 260,000 people from 43 different countries have booked their visits to the memorial site, which plans to accommodate more than 10,000 visitors a day. (People were encouraged to book at least six months in advance.)

But beyond the undeniable draw of ground zero itself, or perhaps because of it, the revival of Manhattan's lower district is itself a remarkable experience, one filled with surprises and the dramatic affirmation of life.

The area is teeming with new hotels, restaurants and retail, but not everyone on the street is just passing through. Lower Manhattan is home to the city's fastest-growing population of young families: Its vibe is warmer than you would expect for Wall Street.

In 2001, the area had just six hotels, places for visiting suits to crash after meetings, but not really viable options for those coming to New York as tourists. Most visitors contented themselves to stay north of Canal, dipping down into the financial district to snap a photo next to the Charging Bull, or en route to the Statue of Liberty.

Now, it's possible to enjoy an entire New York visit without ever venturing Uptown. To date, there are 18 hotels in Lower Manhattan, with more than 4,000 rooms, including those of the downtown location of the W Hotel, which overlooks the ground zero site itself.

I stayed at Gild Hall, a 126-room property of the Thompson Hotels. Located on Gold Street, one of many narrow pathways that wind through the area, Gild Hall doesn't look like much from the outside, but walk through the revolving doors and feel your chest puff up. This is a masculine hotel if there ever was one, the perfect manifestation of a neighbourhood where money never sleeps. The lobby is all worn leather couches and chandeliers fashioned from painted antlers. A soaring library in the middle of the room has bound copies of Hemingway and Melville, while framed photographs of early-20th-century sports teams line the walls.

The rooms are wrapped in dark wood and massive leather headboards, a mix of stocks and bonds, James Bond and just straight bondage.

Staying in the Financial District is a distinct experience from a Midtown visit. On the weekend, it lacks the flash and bustle of Times Square, but is still essential New York: classic and effortlessly cool.

Within walking distance from the hotel is The Seaport and Pier 17, a charmingly restored neighbourhood on the East River fashioned from a wealth of refurbished warehouses and pedestrian boardwalks. For families, the area has tall ships and Imagination Park, a family-friendly playground complete with splash pad where New Yorkers hang out with their stylish tots.

The Seaport is packed with restaurants and shopping destinations, and The Bodies exhibit is on permanent display at the Market Building. It also features a TKTS ticket centre, so you can line up for Broadway tickets without having to make the trek to Times Square.

Just a 10-minute walk away, you can begin the spectacular stroll across the Brooklyn Bridge, where a pedestrian and cyclist level connects the two boroughs without the need for a cab or subway ride. The walk takes about 20 minutes, depending on how many times you stop to snap pics of the Manhattan skyline and distant figure of Lady Liberty.

City Hall is located near the Manhattan entrance to the bridge, its surrounding park filled with sculptures sponsored by the city's Public Art Fund.

From there, it is an easy stroll down Broadway to Battery Park and the ferry terminals, where boats wait to whisk you off to Staten Island, Ellis Island or the Statue of Liberty.

There are bike rentals and helicopter tours, depending on your budget, and subway stations ready to transport you to Uptown.

The Fulton Street Transit Center is still under construction, but will become a major transportation hub when it is completed in 2014, connecting the area to Midtown, Uptown, Brooklyn, New Jersey and beyond. It is also located directly across Broadway from St. Paul's Chapel, the unofficial entrance to the 9/11 memorial site.

This, of course, is the main reason people will make the pilgrimage to Lower Manhattan, and St. Paul's is an appropriate place to start your visit.

The small Episcopal parish survived the terrorist attack despite its direct proximity to the World Trade Center, and it provided around-the-clock refuge to first-response workers in the days that followed.

Now, the front of the church is wrapped in posters documenting the events that followed, while inside hushed visitors can approach one of the original cots used by tired firemen, covered in blankets and stuffed animals sent from around the world.

Through the back doors, the memorial site is visible across the parish graveyard, which seems to be constantly filled with visitors posing for somewhat ghoulish photos. Access to the memorial itself will eventually be accommodated at the site's western edge, where a visitors centre at Albany and Greenwich streets will sell commemorative books and DVDs. In August, more than 1,000 workers were on site around the clock, rushing to finish the portion that will open to families on Sept. 11, and the public the next day.

Nearby, the museum building is already taking shape, but will not officially open until September, 2012. Some artifacts, including two fire trucks and part of the WTC's original slurry wall, are already inside. They were so big they had to be lifted by helicopter onto the site, and the museum's shell built around them.

Surrounding the memorial and museum is a garden that will feature 400 trees from the sites of the three attacks: New York, Washington and Pennsylvania.

Among them, and worth a moment of quiet contemplation, is a pear tree cordoned off by protective fencing. Dubbed the "survivor tree," it was pulled from the rubble of ground zero and nursed back to health by members of the city's parks department. It is now replanted at the memorial. Its lower half is knotted and scarred, while its new growth, exactly 10 years worth, is completely smooth to the touch.

The tree, like the New York neighbourhood it stands within, is evidence that something strong can emerge from tragedy, changed, beautiful and definitely worth visiting. 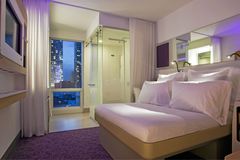 The W New York Downtown redefines the financial district
May 7, 2011 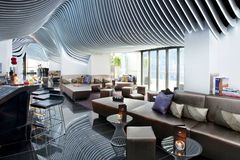 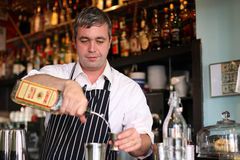 Where can a large family stay in New York?
January 14, 2011
Where to take your tween for dinner in New York
July 6, 2011
Follow Siri Agrell on Twitter @SiriAgrell
Report an error Editorial code of conduct
Due to technical reasons, we have temporarily removed commenting from our articles. We hope to have this fixed soon. Thank you for your patience. If you are looking to give feedback on our new site, please send it along to feedback@globeandmail.com. If you want to write a letter to the editor, please forward to letters@globeandmail.com.
Comments