The city of Palma, throughout much of its long history, was approached by sea, the yellow-gold Gothic cathedral, its row of spires rising like a forest of lances on the waterfront. Built by King James of Aragon in the early 13th century to celebrate his conquest over the Moors, it took a leisurely 400 years to finish. It declares to all guests and invaders: Here is a city to be reckoned with.

Alas, the eight-hour ferry ride seemed too big a commitment for the proper view, so I opted for the 55-minute flight to the Son Sant Joan Airport, eight kilometers outside of town. Still, if you find the right café table near the Parc de la Mar, an artificial lake placed at the cathedral’s front in the 1970s, you can imagine. For most of the past millennium, the cathedral has been the “golden fortress,” as poet Robert Graves called it, for the town of about 400,000. 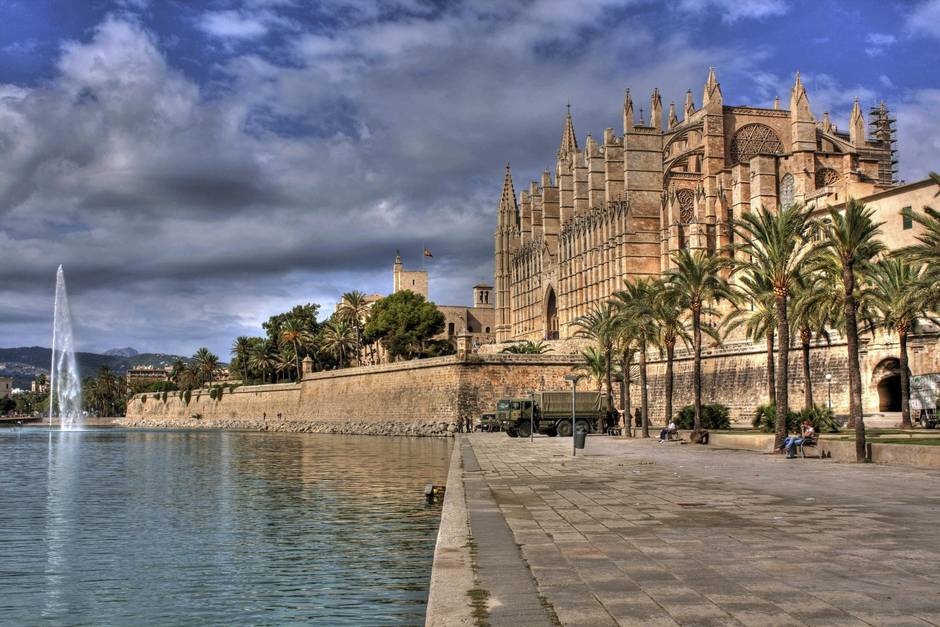 The place is thick with history. Behind the cathedral, away from the shore, are the alleys of the old town, where visitors can see the remnants of the medieval Moorish capital, Medina Mayurqa, in the Arab Baths, set inside a pretty walled garden, with a domed chamber held up by a dozen recycled Roman columns. On Calle Colon, there are the fanciful mosaics of Majorcan art nouveau, the early 20th-century ornamental style. In the Plaza de Sant Francesc, with its salmon-pink church, you can pay your respects to the remains of Ramon Llull, the philosopher, mystic and eventual martyr (death by stoning at 82) who is considered the father of Catalan literature. In the same square is a statue of Junipero Serra, the 18th-century Franciscan priest who established the Catholic Church’s first missions in California, and who was finally canonized by Pope Francis last September.

Not, of course, that most of the millions of visitors who arrive in Majorca each summer for their package holidays give a toot for mystics and missionaries, or Palma either. From 1952, when the first tour arrived in Majorca from England, the island has set the template for modern package tourism: The one- or two-week stay at an all-inclusive resort holiday. As English academic R.J. Buswell wrote in his 2011 book, Majorca and Tourism, Majorca became a much-studied laboratory for postwar mass tourism, the “Balearic model” serving as an example around the Mediterranean. 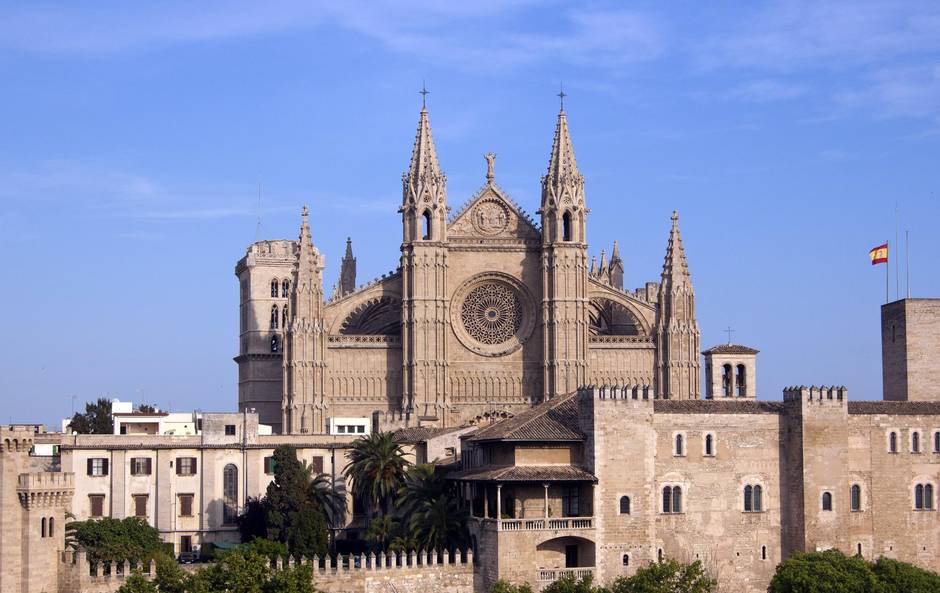 On one hand, it’s a runaway success. The native population of Majorca is about 859,000. The number of tourists, mostly Germans, English and Spanish, exceeds nine million, most of whom swarm over the island from June to September. Palma, the government centre of the Balearic islands, is the midpoint between the hard-partying Brits in Magaluf to the east, and the Germans to the west in El Arenal, who have their choice of beer halls, aquariums, casinos, thrill rides and water parks. A familiar quip is that the visitors neither know they’re on an island or in Spain.

That kind of mass tourism has its drawbacks. It left Majorca looking seedy, and led to a crackdown in 2013 and 2014 against beach drinking. Other problems have included environmental despoliation and economic instability.

The latter was all too apparent in the years following Spain’s 2007 economic crisis. In 2009, Palma changed course, choosing to attract a better class of traveller and promote quality over quantity. A new tourist promotion entity, Foundation 365, was formed. 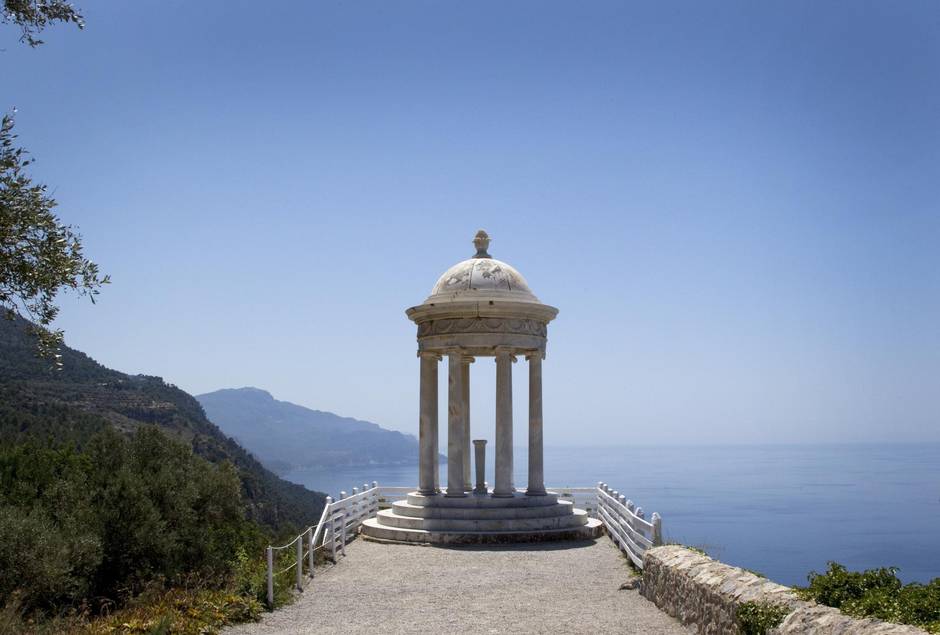 ''The Templete'' in the village of Deia, part of the Serra de Tramuntana landscape on the Spanish island of Mallorca. (Jaime Reina / AFP / Getty Images)

So, instead of cheap beach getaways, the Passion for Palma campaign promoted the city as a culturally rich capital, ideal for a quick winter escape. Restaurants were encouraged to open outdoor terraces to get people out on the street. New legislation allowed businesses to stay open on Sunday as cruise-ship passengers were unhappy to find the city closed on their one day in port. With 1.7-million passengers arriving last year, Palma is Spain’s second biggest port of call after Barcelona.

To sell the new message, Palma points to a calendar of events throughout the year. That includes everything from an Ella International Lesbian Festival this May, to marathons, regattas and sacred-music concerts.

Another recent addition to the Majorcan cultural calendar is an annual film festival, and it’s a good example of how the new Palma branding works. A few years ago, Sandra Seeling, a German-born, Majorca-raised actress, who lives in Los Angeles, wanted to start an international independent film festival in Palma. It seemed reasonable enough: Resort cities from Cannes to Park City, Utah, are homes to festivals, and with celebrities from Michael Douglas to Claudia Schiffer owning villas on the island, it’s a proven celebrity draw. 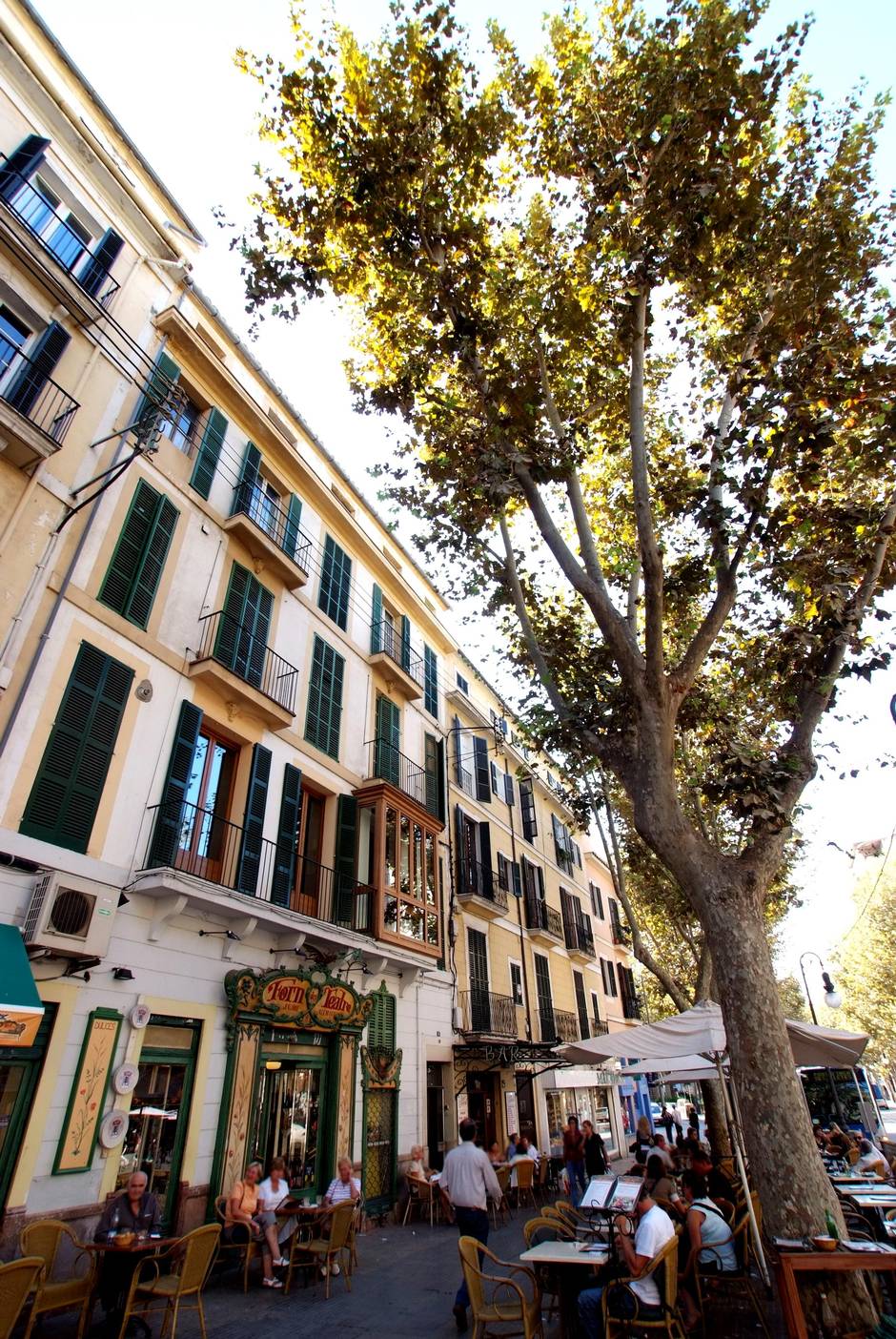 Palma has campaigned itself as an ideal winter escape. (Palma Tourism)

But local officials were dubious. She was young, barely out of film school and Palma, which, like most of Spain, had been hard hit by the economic crisis, wasn’t looking to offer cultural handouts. Within the next year, things changed. As the city set about implementing changes in its tourist traffic, a film festival suddenly made sense.

“Within a year, they were 100 per cent behind it,” Seeling recalls. “We had help with hotels and airfares for guests, with promotion of the event.”

Last year, the Evolution Mallorca International Film Festival, held in November, drew 2,200 people. Events took place at Es Baluard Museum of Modern and Contemporary Art. Other events were held at the Rialto Living Centre, a 15th-century building converted into a modern lifestyle store, and the Port Adriano marina, designed by Philippe Starck. The closing night party was at the Mercado Gastronomico San Juan, which opened in 2014, where visitors can try out local delicacies such as ceviche and tartare beef, or traditional lamb kebabs with couscous. 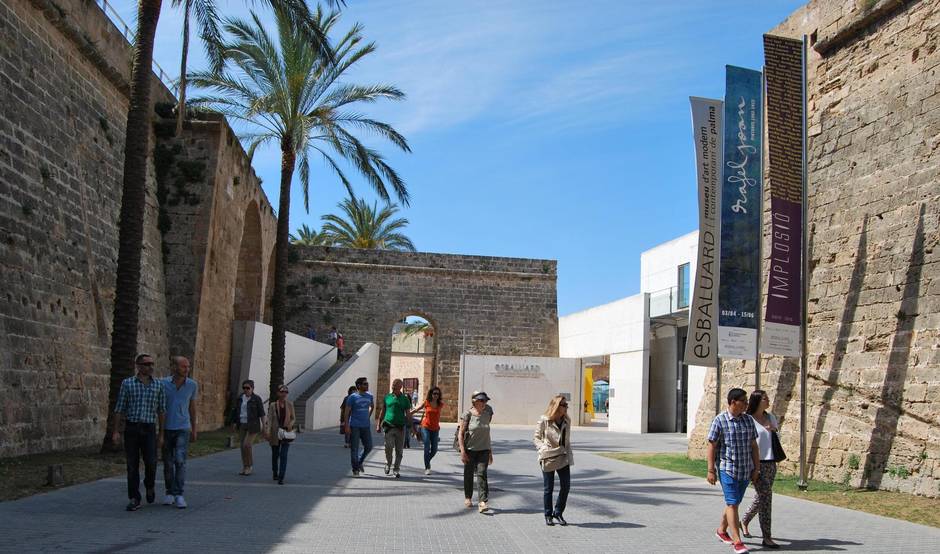 The film festival, Homar says, is a perfect showcase for Palma’s cultural attractions, as well as introducing producers to the island as a potential film location. It also encourages off-season tourism in the old town, which now has 18 boutique hotels, typically built within old family palaces in the old town. Another eight are planned in 2016 and 2017. While that’s a small percentage of the more than 1,000 hotels on the island, the high-end hostelries can also command double the price.

“Are we happy with the results?” Homar asks rhetorically. “Yes, we are.”

The winter of 2014 saw a jump of 4 per cent in off-season tourist numbers. In 2015, it was 8.5 per cent. This past January, Homar says, hotel bookings in Palma were up 40 per cent from the previous year. A survey of more than 13,000 visitors indicated more than 90 per cent said they would return or recommend the city to friends. It listed the top five reasons for visiting Palma; they were: the Cathedral, relaxing, hiking in island’s interior, shopping and culture. 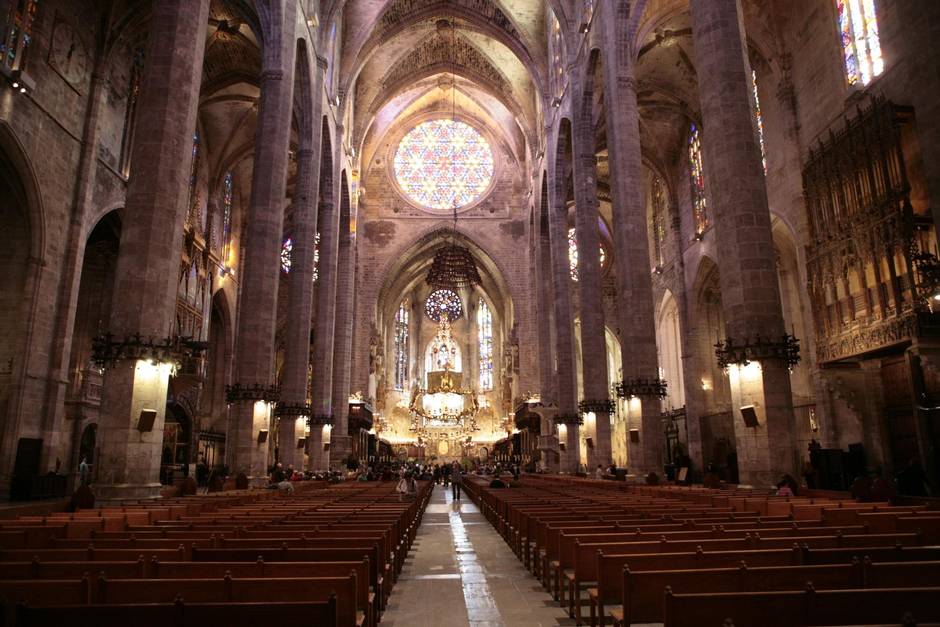 FIVE MUST-SEES FOR THE CULTURED TOURIST

One of Spain’s great cathedrals is a wonderful motley mixture of Gothic, Renaissance and 19th- and 20th-century additions. The building is as fascinating on the inside as out, with a historical museum, and an interior redesigned by Antoni Gaudi with a fanciful altar mantel shaped like a crown of thorns and a chapel by contemporary artist, Miquel Barcelo. Carrer del Palau Reial 9, catedraldeMajorca.info

Palma’s resident gallery is a glimpse into the many cultural influences on the island and an art lover’s must-see, with works by Cézanne, Gauguin, Picasso, Magritte, as well as contemporary artists from Julian Schnabel to Marcelo Barcelo. Placa de la Porta de Santa Catalina, 10, esbaluard.org 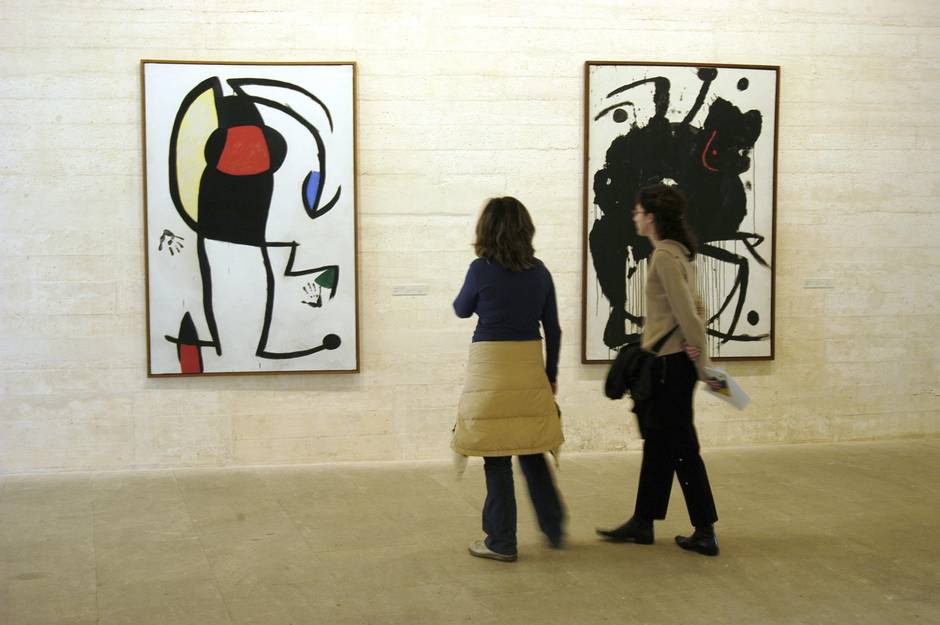 The Es Baluard Modern and Contemporary Art Gallery is a must-see for art lovers. (Miraa Foundation)

The Pilar and Joan Miro Foundation

Painter/sculptor Joan Miro moved to Palma, the home of both his wife and mother, in 1956 and remained there until his death in 1983: A visit to the museum is an immersion into the dreamlike, playful consciousness of the Catalan artist. The centre consists of a sculpture garden, a museum with dozens of paintings, drawings and mixed-media works, a studio designed by his architect friend Josep Lluis Sert, and a second small studio where, on the white-washed walls, you can see scrawled plans for some of his playful, quizzical sculptures that decorate the garden. miro.palmadeMajorca.es

Take a road trip to the beautiful pine-covered Serra de Tramuntana Mountains to the town of Valledemosa on the north of the island to visit the monastery and rooms where Polish composer Frédéric Chopin and the French writer George Sand stayed in the winter of 1838-39. You can visit the tiny rooms, see Chopin’s upright piano and the framed copies of his revised musical scores.

Sand found the views breathtaking, but was less fond of the local population; three years later, Sand wrote a scathing travel memoir, A Winter in Majorca, in which she called them monkeys, thieves and savages. At least she couldn’t claim they held a grudge. Since 1930, a Chopin music festival has been held every August in Valledemosa to celebrate its famous guest. Royal Carthusian Monastery, Valldemossa, celdadechopin.es 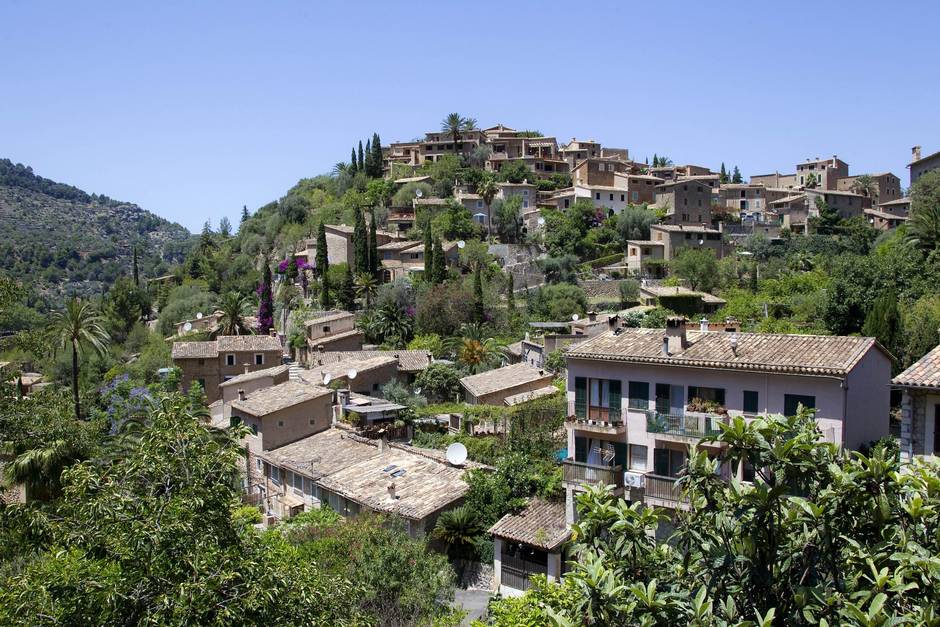 About a 10-minute drive from Valledemosa is the coastal village of Deia, a favourite draw for German, English and American artists after the First World War. Here the poet and novelist Robert Graves sat in his study with a blanket around his knees against the winter chill and produced many of his more than 140 books, while finding time to entertain guests from Ava Gardener to Kingsley Amis. One can easily see how Graves found this cottage – with its views of mountainsside vineyards and olive orchards – to be a perfect blend of art and nature. Carretera Deia-Soller, Deia, lacasaderobertgraves.com