Stockholm is a city of water. The Swedish capital spreads across 14 different islands; its trams, trains and traffic hopscotch bridges and surf through tunnels. On summer evenings, boat decks buzz with locals and visitors alike. When I was choosing accommodation, it came down to a boat hostel – staying on an old, oversized barge – or an apartment with a view of the sea. That both places were connected to water was as accidental as it was unavoidable.

For centuries, Stockholm’s settlers have had salt on their lips and wind in their hair. Two bodies of water split Stockholm: Lake Malaren to the west, the third-largest lake in Sweden, and the Baltic to the east, a swoop of sea shared by Denmark, Germany, Poland, Lithuania, Latvia, Estonia, Russia and Finland. Although boats can cross from one body of water to the other today, the land was too high for a single water route when the city was founded in 1252. Stockholm, therefore, sprung up at the spot where goods were unloaded, transported and reloaded. On a current map, it looks like a place where the land is pinched together between two blue pools. 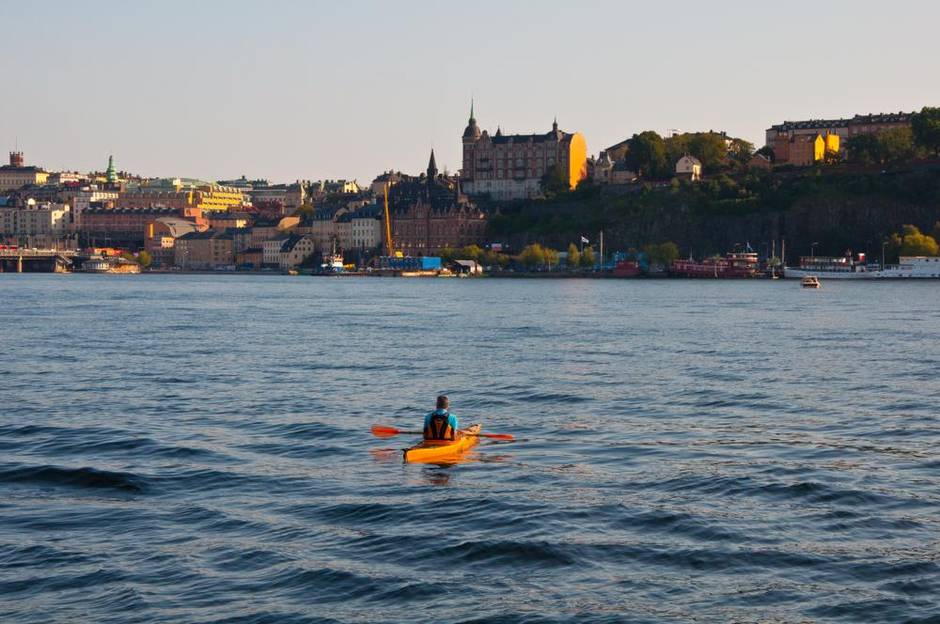 Explore the city with a kayak. (Amanda Ruggeri)

Experiencing Stockholm as it is meant to be experienced, therefore, means one thing: getting in the water. The city’s residents, known for being a particularly active, athletic bunch, know this. I wanted to follow suit, doing something hands-on and, yes, wet: kayaking.

There were just two problems. First: I didn’t know how to kayak.

And second: I almost didn’t make it there.

I was 12 the last time I was in a kayak, and if I’d been given any lessons on technique I couldn’t remember them.

So I signed up for a private tour and lesson with Richard Andersson, one of Stockholm’s several kayak-tour operators. We were supposed to meet at Ralambshovsparken; the address was Smedsuddsvagen 23. I was given detailed instructions for how to arrive. I ignored them. Made cocksure by my GPS, I popped the address into my iPhone, took screen shots of the route it gave me and set off.

A 20-minute bus ride and 15-minute walk later, I found myself at a tiny, pristine harbour. Sailboats lined up along the dock, their rainbow of tangerine-orange and mustard-yellow hulls bright through the morning mist. The water was still. 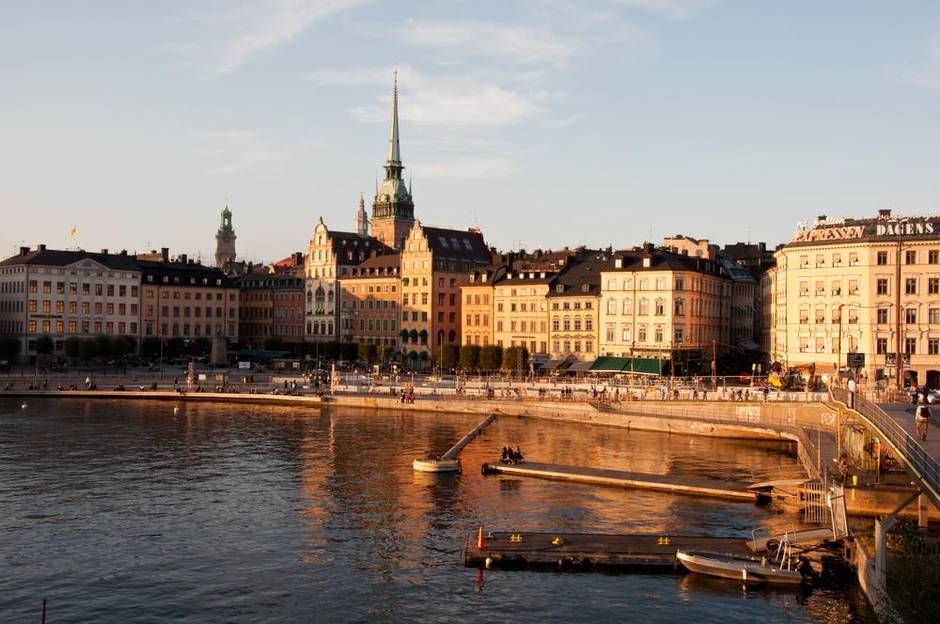 It wasn’t exactly what I’d imagined: It felt far wilder. But for kayaking, it looked perfect. I tramped along the road, looking for No. 23.

Within moments, I was stumped. The address didn’t seem to exist. I didn’t see anything that appeared to be a boathouse. And the only person I saw anywhere was an elderly man, puttering around in the lush garden next to me.

I was just about to call out to him when I heard a voice from above me. “Can I help you?” A woman leaned out the window of her house, her perfect English tinged with a hint of suspicion.

Within minutes, I’d been ushered into her house, offered hot coffee and a phone, and cleared up the mystery: This road had the same name as the one where I was supposed to meet the guide … back in Stockholm. Google, and my own stupidity, had delivered me to Saltsjo-Boo. It was a lovely lakeside area in Stockholm County, ideal for kayaking – and 15 kilometres east of where I needed to be.

The Vikings never would have made such a mistake. 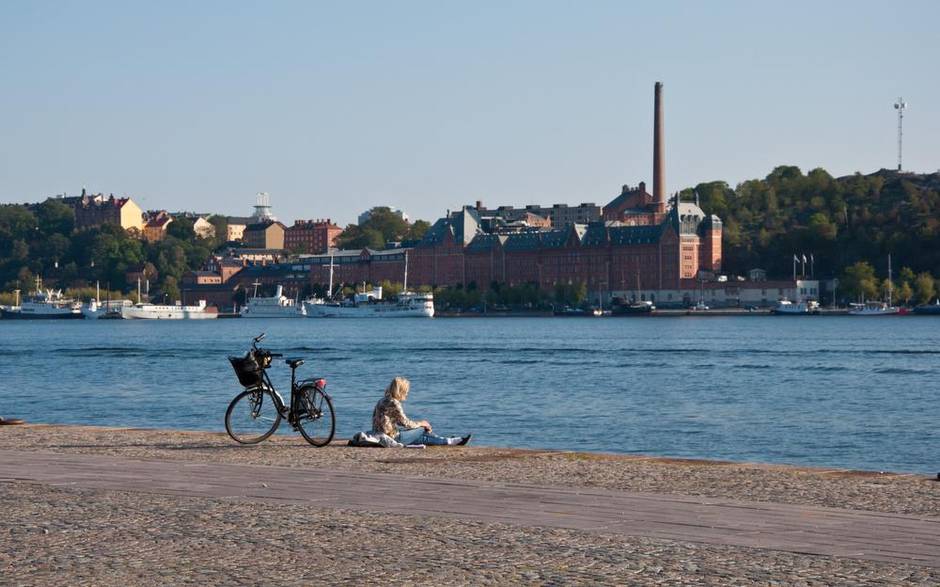 By the time I had hurried back to Ralambshovsparken (my rescuer’s husband dropped me off on his way to work), I was mortified. The guide gave me a hearty handshake and shushed me when I apologized for the fifth time. “Don’t worry,” he told me. “This is the perfect thing to do now. It’s sightseeing, it’s exercise – and it’s meditation.” I nodded.

First, I slid into the kayak while it was still on the dock. He patiently explained the basics and the form (the key was to start each movement from your core, with your torso twisting around your spine and your arms following). When he thought I had it down, we slipped into the waters of Lake Malaren.

Slowly, we paddled into the lake. The Vasterbron Bridge stretched to our left, a 600-metre span that connected Stockholm’s north to the south. In the distance beyond, I could make out the medieval buildings of Riddarholmen and Gamla Stan, Stockholm’s historic heart.

Turning west and then south, we circled a small island dotted with large, modern apartment buildings. This was Reimersholme, an island that had been dominated by manufacturing plants in the late 19th and early 20th centuries. The factories had since shut down, the area transformed into housing instead.

Heading farther south, we kayaked along the side of Sodermalm, a large island in the centre of the city. One of the most populated areas of Stockholm, home to some 100,000 residents, it is also quickly becoming one of the city’s trendiest, with its graceful streets lined with vintage stores, ethnic restaurants and hip bars. Locals clustered at picnic tables at a waterside restaurant, enjoying the unseasonably sunny September weather. I waved. They waved back. 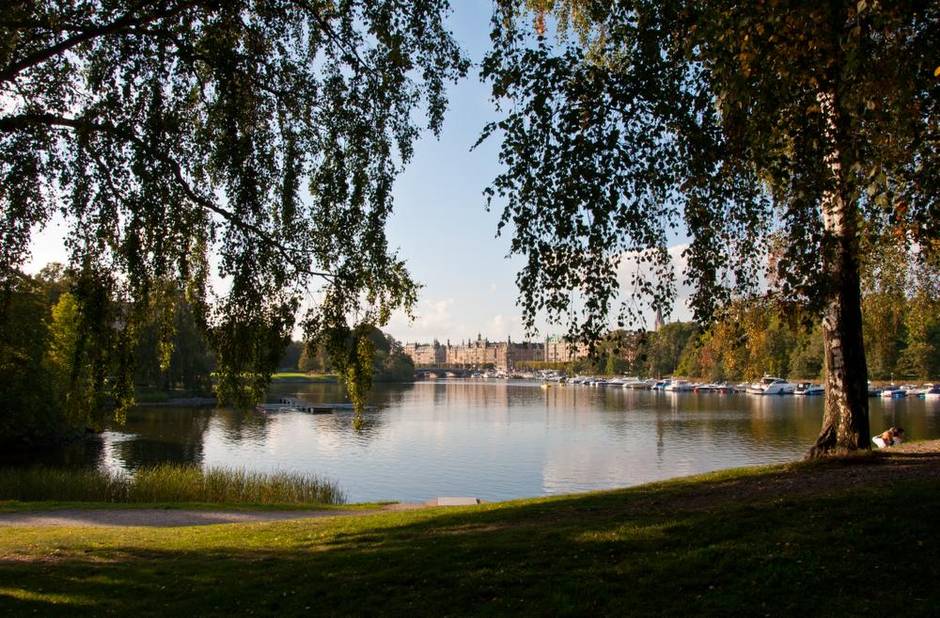 Retracing our route, we turned through a narrow channel, overhung with trees and lined with houseboats, and paddled toward a tiny island in the middle of the water before us – a green oasis dotted with miniature, colourful houses. Strangely, Richard said, this island, called Langholmen, was once a prison. The prison was shut down in 1975. Today, the island is home to parks, yacht clubs and inns.

After a while, I stopped asking questions every 10 seconds about what we were seeing and if my form could be improved. Even though we were in the heart of Stockholm, all I could hear was the swish of my paddle and the lap of the water. The sun shone on my shoulders.

A ferry approached. Just in time, I realized it was headed in my direction and, snapping to attention, paddled quickly out of the way. “You look great!” Richard called to me. “Really nice!”

I smiled. After all of it, I’d managed to take on Stockholm from the water. I hadn’t rolled the kayak or collided with a ferry; in a little more than two hours, we’d explored five of the city’s central islands and covered about eight kilometres. I felt Viking-like in my sense of triumph.

Then again, the sailors who trod these watery routes before me would never have wound up in someone’s backyard.

The next boating skill I worked on, I vowed, would be my navigation – sans electronic devices. 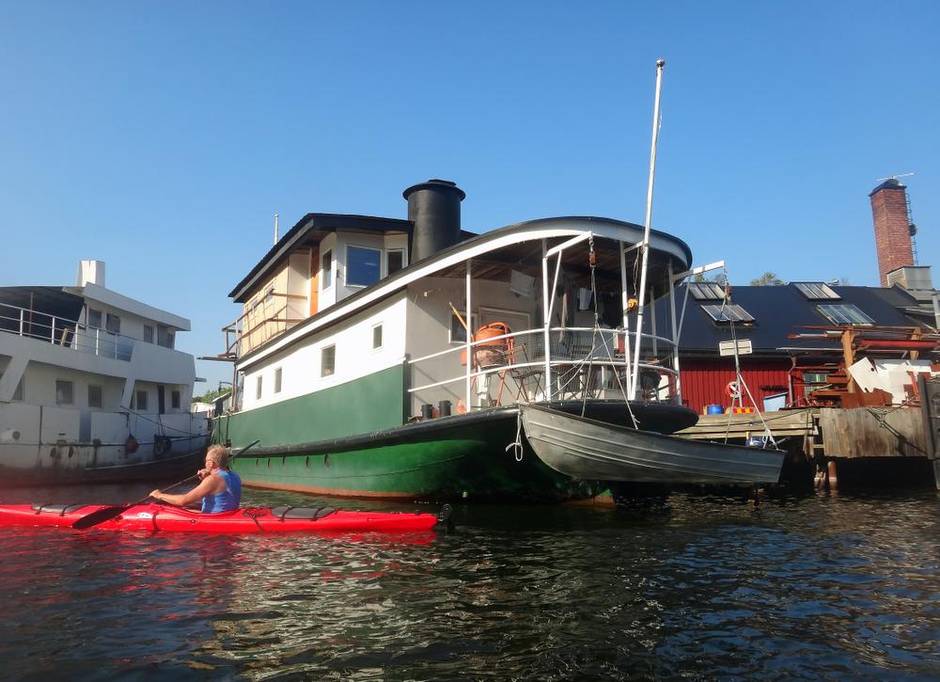 Richard Andersson leads tours and rents out kayaks to those who want to paddle on their own; he can be reached at kafekajak.se. Stockholm Adventures (stockholmadventures.com) also leads kayaking tours, in season.

Sleep on the water at the Red Boat – one of Stockholm’s several “botels” – right in the heart of the city. Although the rooms can be tiny, the vintage-style interior is quaint and the bathrooms very clean; you can choose either to share a room, hostel-style, or to have private digs, including ensuite bath. From $110 (750 kroner) for a double; theredboat.com.

Want a water theme, without the water? Drottning Victorias Orlogshem fits the bill, plus it’s one of the best-value B&Bs in Stockholm’s centre. Founded by Sweden’s Queen Victoria in 1908 as accommodation for members of the Swedish navy, it’s still a favourite of military personnel – and tourists, too – thanks to its spacious rooms and extras such as free WiFi and breakfast. And, of course, there’s a marine theme; orlogshemmet.com.

Hotel Hellsten is one of the city’s best-loved boutique hotels. Located in a 19th-century building on a quiet road in Norrmalm, the heart of modern Stockholm, its stylish, contemporary rooms pop with colour (red walls here, magenta pillowcases there) and quirky details (mirrored doors, slate bathroom walls). Extras such as heated bathroom floors and flat-screened televisions add to the luxury feel. From $188 (1,290 kroner); hellsten.se.

The writer received a reduced rate for the kayak tour. The tour company did not review or approve the story.