Before me the walls of Mdina’s city gate rise several stories into the air. Behind the limestone fortress is a perfectly preserved medieval city that may look a little familiar to fans of the popular HBO series Game of Thrones.

In season one, this was the backdrop of King’s Landing. I’m standing in the same place where Catelyn Stark tried to sneak in to give her husband information that would change his life forever.

For thronies, as the show’s rabid fanbase is sometimes called, a Mdina visit is equivalent to a Twilight reader’s pilgrimage to Forks, Wash., or a Seinfeld fan’s photo op in front of Tom’s Restaurant in New York. The walled city is also a popular stop for day-trippers ticking off their Malta must-see list while their cruise is in port for the afternoon.

But on this November evening the film crews and cruise passengers are long gone. This Mdina visit is not about a TV show, or part of a harried group tour. I am here to see why the former capital of this tiny island country is nicknamed the Silent City. 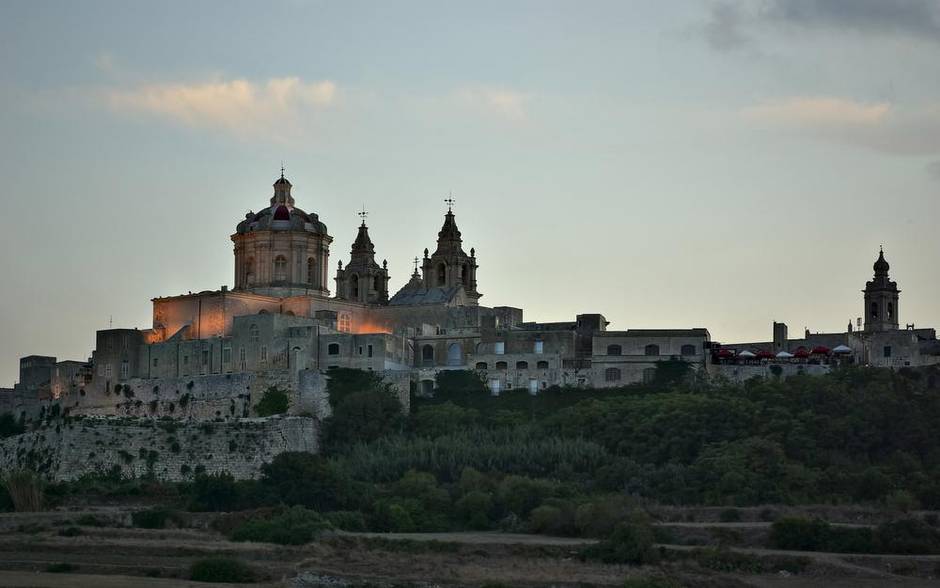 Mdina was founded in 1000 BC by the Phoenicians, and later reinforced by Roman and Arab invaders. (Clive Vella/Malta Tourism Authority)

Inside the gates I get my first taste. The only sounds are the clip-clop of a retiring horse-drawn carriage and the creaking shutters of a souvenir store closing shop. The limestone walls glow a burnt amber in the setting winter sun. The occasional blue door and red window frame pop like a neon sign against the uniform golden walls.

Mdina was founded in 1000 BC by the Phoenicians, and later reinforced by Roman and Arab invaders. Once the playground of Malta’s well-to-do, today Mdina is home to 300 or so residents, none of whom seems to be on the streets tonight.

I do see St. Agatha, a third-century Christian martyr from nearby Sicily, carved into the interior of the city gate. In her right hand is a clamp clutching a female breast. Rumour has it Agatha hid in the Mdina catacombs that now bear her name to escape the advances of a governor in her home country. The governor did not like to be ignored. When Agatha returned he had her imprisoned and ordered her breasts be sheared off before she was burned at the stake.

Speaking of men with low self-esteem, I visit the spot where the people of Malta took a stand against Napoleon’s invading army in the 1790s. The angry Maltese threw a French commander to his death from the balcony above what is today a pastry shop, one that’s already shutting down for the evening. I walk on.

Like Malta’s capital, Valletta, Mdina was designed to confuse invaders and protect residents from anyone who managed to penetrate the city walls.

Back then, the alleys’ twists and turns could hide a fleeing Mdina-ite from an enemy’s arrow. Today, they feel as if they were designed to encourage chance encounters between pedestrians and the few cars allowed in the walled city. 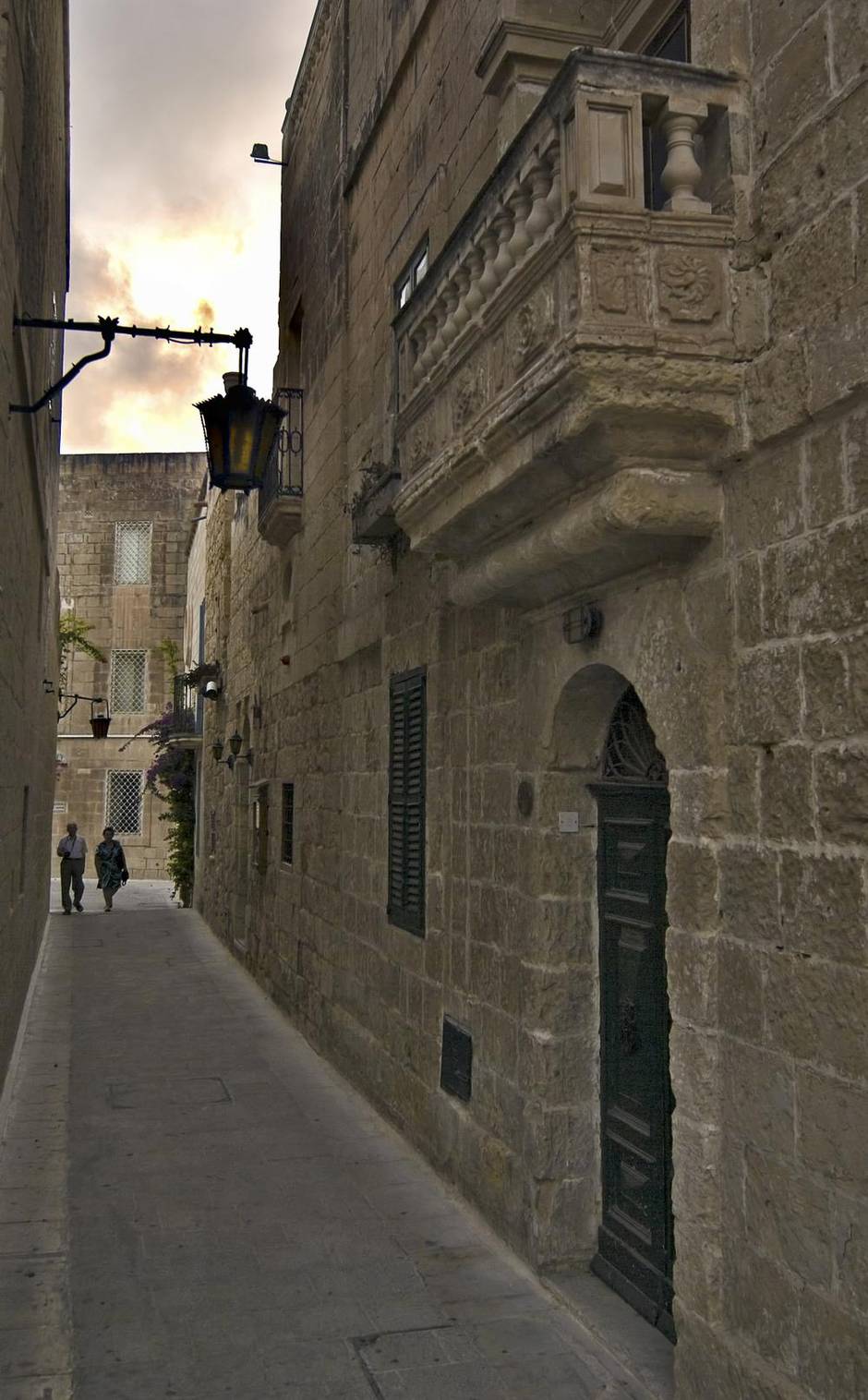 Alleys feel as if they were designed to encourage chance encounters between pedestrians. (Clive Vella/Malta Tourism Authority)

As I hug the walls to let a vehicle pass, I look up and spot a branch thick with lemons poking out from behind the alley’s walls. What fabulous gardens and yards these stone fences must shelter.

There is not much to do in Mdina. And that’s okay. In fact, it is part of the charm.

I walk past a cathedral, a museum and a few sidewalk cafés. I pass the Fontanella Tea Garden, where the clink of glassware sounds muffled in the purple evening.

From somewhere deeper in the walled city comes the ringing of church bells. Centuries ago, these bells warned of an invading army. Residents had a few minutes to grab their possessions and seek shelter inside Mdina’s gates.

After circling the town the main square is barren. I slip out, one of the last day-trippers to pass through the city gates today. 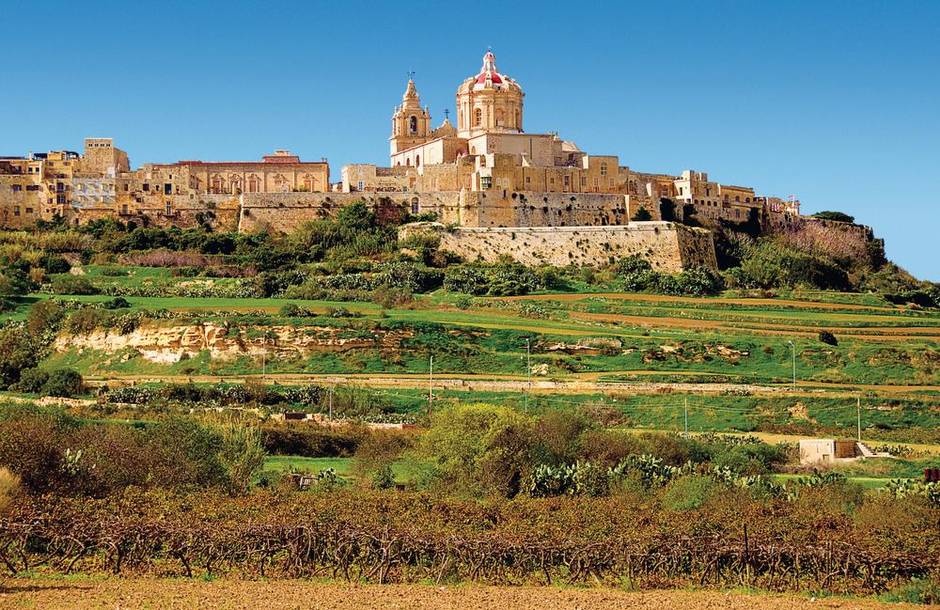 Mdina served as a backdrop for King’s Landing in the first season of HBO’s Game of Thrones.(Clive Vella/Malta Tourism Authority)

De Mondion: Located on the rooftop of the Xara Palace Relais & Châteaux, De Mondion serves gourmet food and panoramic views. The menu is French-inspired, featuring seasonal ingredients and local wines. If you’re lucky, you’ll catch a firework competition between nearby villages from the terrace.

Mdina is subtle. Visit on your own and you may miss the small details that make this city so interesting. Hire a local guide to take you through the city’s twisting alleys at sunset for the most intimate experience. ToursByLocals.com offers private tours of the city. Or book a Game of Thrones-themed group tour through Viator.com.