My idea of bliss is cycling through the Tuscan countryside. The landscape takes your breath away. The vineyards march in tidy rows down the undulating hillsides. The poppies in the fields are luminescent, and the scent of jasmine perfumes the air. Somewhere, just beyond the next hill town, is lunch – long, leisurely, with sumptuous local olive oil and mozzarella di bufala, washed down with fine Chianti. The views stretch on forever.

There's just one catch. The hills take your breath away too. The hills of Tuscany are for serious cyclists only. I am not a serious cyclist. The last time I cycled up a serious hill was 20 years ago, and even then it left me gasping. Sadly, a bike trip through Tuscany is only feasible for the fit.

But now, there's hope for the rest of us. Now, you can do Tuscany by e-bike. A simple battery-charged electric motor can power you up those hills when your legs and wind give out. I tried it, and it's magic.

My testing ground was Chianti country in the rolling hills between Florence and Siena. Our Butterfield & Robinson group included five e-cyclists, including my husband and me. Most of the people in the group were in their early 40s. Some could do 40 kilometres of steep hills in the time it took for us to find our cycling shoes. But our e-bikes levelled the playing field. We climbed the same hills they did with about a fifth of the effort.

"This feels like cheating," I told my husband. I was afraid the real cyclists would look down on us. "You'll get over it," he said. He was right. As the weaker cyclists struggled gamely up the hills, we sailed effortlessly by. By the second day, they were casting envious looks at our e-bikes.

George Butterfield and his partners started their travel business in the 1960s by leading student tours through Europe. Over the years, their clients got older and richer. Now, the Toronto-based company is known for high-end trips that offer rich cultural experiences along with luxury accommodations, fine food and wine, and warm personal service. Its clients tend to be devoted and well-heeled. But when some complained to George that they could no longer bike like they used to – "I've got a bum knee. What can you do for me now?" – he decided to add the e-bike to their roster.

Mine looked just like a real bike. The small motor is fitted on the down tube, and is completely silent. You gear the bike up and down as usual, but you can also gear the motor up and down. The motor has four speeds, so you can choose how hard you work. "Eco" gives you the least power, and "Sport" gives you the most. And yes, you do have to pedal. The steeper hills will make you pant and sweat – but not too much. And even on an e-bike people retain a certain competitiveness. My husband likes to brag that he did the entire trip in "eco."

E-bikes also solve the problem of mixed marriages, where one person is an avid cyclist and the other is not. And the avid cyclist isn't necessarily the man. On our trip, the best cyclist by far was an awesomely energetic and fantastically nice fortysomething woman with two kids. Even though she could ride rings around everybody else, we bonded right away. By the end of the trip, we all agreed that ours was the best group ever.

Motor and fellow cyclists aside, there's one big secret to being a successful cyclist. "You must love your bike," Giorgio Valvasorio, one of our two guides, counselled us. "You must give much to your bike, and it will give back."

I learned a lot from Giorgio: I learned you shouldn't mash the pedals on the uphill. I learned that even on an e-bike, slow is just as good as fast.

And according to Giorgio, who is irrepressibly Italian, I learned you should be so in love with your bike that you want to sleep with it. (Giorgio also showed us how to cut off chunks of Parmesan cheese and dip them into honey for a snack. In Italy, it's all about sensuality.)

Every day we biked about 40 kilometres, give or take. (The keeners could do a lot more.) That left lots of time for lunch, scenic stops, naps, shoe shopping at the tiny discount outlet in Radda in Chianti and hanging around the pool at gorgeous country inns. My favourite was built on the site of a 13th-century farmhouse on a hilltop near Siena with climbing roses everywhere. My favourite meal was a country lunch at Signor Bindi's, who has a farmhouse in a tiny village on a hill somewhere near Pienza. He doesn't really have a restaurant, but if you call ahead, and if he likes you, he'll cook for you. We had pici, a type of Tuscan pasta, which you're supposed to eat within six minutes or else it's ruined. Then we had plates of fava beans and mozzarella spiked with Signor Bindi's olive oil, and lots of other simple and delicious home-cooked food straight from the land. The taste of Tuscany was in every mouthful. Giorgio apologized that we would have to cycle to a nearby bar if we wanted an espresso – Signor Bindi, a purist, did not believe in serving espresso after lunch.

Butterfield & Robinson knows that, these days, luxury is a commodity. Anyone with money can stay in a fancy hotel or eat at a restaurant with starched linen. But not everyone can eat at Signor Bindi's. So B&R offers experiences you can't get on your own. In Siena – one of the most exquisite cities in the world – Giorgio took us to meet the Countess, who has a palace on the main square, where they hold the famous horse race called the Palio. The Countess was ageless, gracious and impeccably coiffed. She shook all our hands. Her daughter-in-law gave us a tour of the 18th-century rooms and the priceless Old Masters, and then we sipped prosecco. It's rumoured that she rents out her windows for $5,000 apiece during the Palio. The ancient cathedral in Siena is astounding, but the Countess was equally impressive.

Experiences like this do not come cheap. The Tuscany trip is one of B&R's signature tours, and the price is as breathtaking as the Tuscan hills. I long wondered what you got for it, and now I know. It's not in my nature to gush, but this trip really is all that: luxury, scenery, pecorino cheese, ancient cities, Tuscan birdsong, the wisdom of Giorgio, and the thrill of mastering that hill (even on an e-bike). Plus glorious downhills that go on and on forever. Pure bliss.

Butterfield & Robinson offers e-bikes on request for many European trips. The five-night Tuscany biking trip departs and ends in Florence, is offered in both spring and fall and costs $5,495 (U.S.) a person. 1-866-551-9090; Butterfield.com

Butterfield &amp; Robinson offers e-bikes on request for many European trips. The five-night Tuscany biking trip departs and ends in Florence, is offered in both spring and fall and costs $5,495 (U.S.) a person. 1-866-551-9090; Butterfield.com 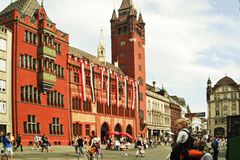 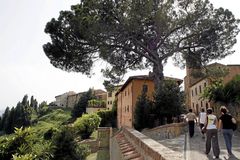 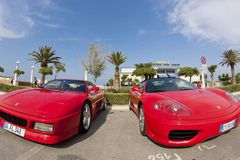 Forget the pasta. This treat is why you go to Italy
May 3, 2018
Follow us on Twitter @globeandmail Opens in a new window
Report an error Editorial code of conduct
Due to technical reasons, we have temporarily removed commenting from our articles. We hope to have this fixed soon. Thank you for your patience. If you are looking to give feedback on our new site, please send it along to feedback@globeandmail.com. If you want to write a letter to the editor, please forward to letters@globeandmail.com.
Comments