Anywhere you go in Rome, you are walking on a buried, ancient world. Beneath your feet lie the remnants of the city that ruled an empire: temples and streets, villas and churches, monuments and tombs.

This reality is not exclusive to Rome. Ground levels rise over time, a simple concept that underpins stratigraphy, one of modern archeology’s main tenets. Rome’s location in a valley next to a (frequently flooding) river, though, means that the ground level has risen particularly dramatically here – about six or seven metres since ancient times. That, combined with the fact that the city’s “modern” burst of construction did not occur in earnest until the 17th and 18th centuries, when the ruins were already half-buried, means that many of the older buildings were never razed completely (although Romans certainly helped themselves to their marbles and precious stones for their new churches and palaces). Often, the structures were used as the foundations for new buildings. 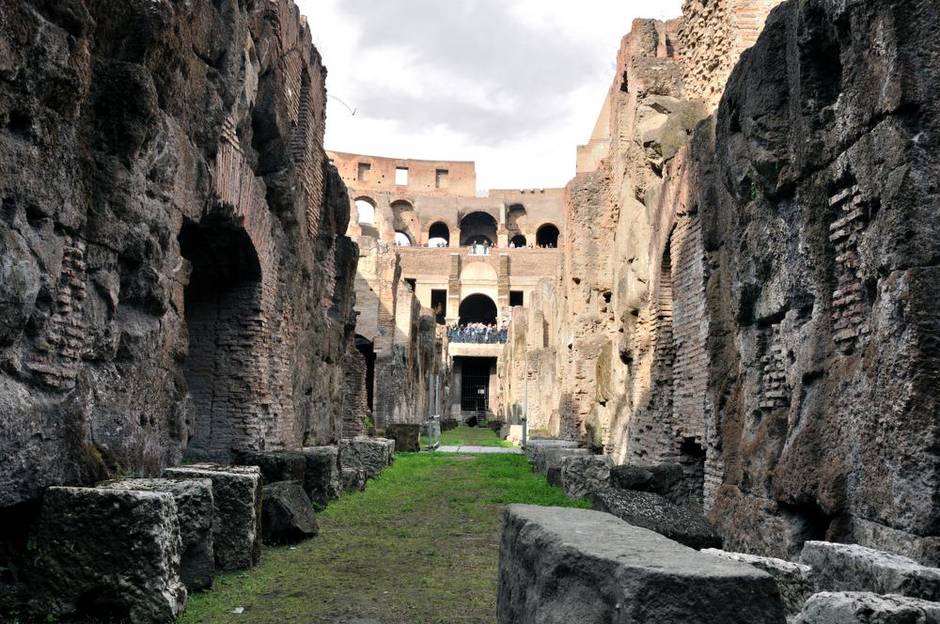 As a result, some of the city’s finest, most fascinating historical sights and archaeological treasures are not the ones you see just walking along the street: They lie underground. In recent years, the city has opened up even more “new” (in fact, extremely old) sights. You have likely already heard of the catacombs. Here are some of our other, lesser-known favourites. (Be aware that once these sights have been excavated and open to the air, never mind to the public, they disintegrate even faster, so be careful not to touch anything: Moisture speeds up the process.) 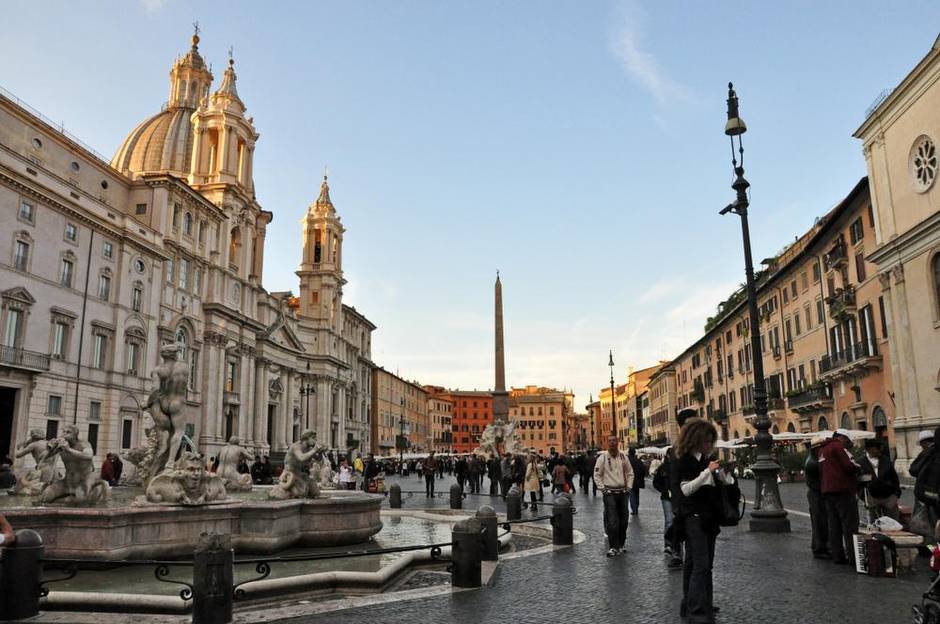 Rome’s iconic Piazza Navona has a strange shape. One end has two 90-degree angles, while the other is rounded. This is not because the Renaissance designers decided to get creative. It is because the piazza was built into (and on top of) the first-century stadium of Emperor Domitian. Although the stadium had been partly excavated for years, it was not open to the public. Only visitors who knew to take a peek just outside the piazza’s northern end, where a gaping hole revealed one of the massive arches looming up from the depths, caught a glimpse.

That changed in January, when the city opened the Stadio Domiziano museum. Although the €8 ($11) price is unusually steep, for history buffs or the simply curious, it’s worth it to see more of the arches, pillars and statues that lay hidden for so long. stadiodomiziano.com

When the city opened up two excavated, Imperial-era villas that sat beneath a 16th-century building at the Roman Forum’s edge in 2007, it didn’t just make the site accessible to the public. It also made it historically accessible in a way I haven’t seen anywhere else in Italy. An automated, but extremely well done (and surprisingly dramatic) tour takes you through the villas’ remains, from bath complex to kitchen; the rooms are lit up to recreate what they would have looked like – with lasers “repairing” the mosaics, filling in the frescoes, even adding the sounds of water splashing and children laughing. The approach manages to come off as more refreshing than corny. The video midway through also gives an excellent overview of what all of Rome would have looked like in ancient times. The English slots fill up fast, so make sure to book in advance. palazzovalentini.it 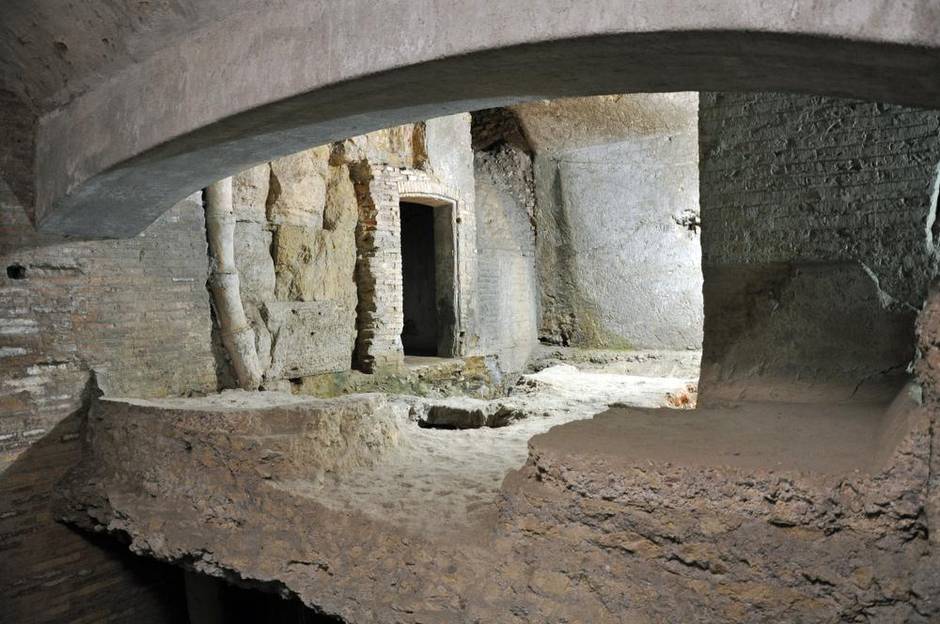 It seems hardly anyone comes to what may be Rome’s most underrated museum. Located a stone’s throw from Largo Argentina, Crypta Balbi offers one of the most comprehensive takes at what the ancient city centre looked like and how it evolved. Its other major draw, though, is underground. The modest museum was built on the remains of the Theatre of Balbus, which dates back to 13 BC, and access to one of its sections is included in the price of your ticket. While not the city’s most exciting underground sight, it is just as spooky-feeling as you’d hope – and with what you learned from the exhibits above, it’s much easier to make sense of how it fits into the fabric of ancient Rome. archeoroma.beniculturali.it

Not just for pilgrims, the tour of the necropolis beneath St. Peter’s Basilica provides a fascinating look at what was once an above-ground cemetery for both Christians and pagans. Seeing the burials together, sometimes in the same family tomb, erases ideas of religion being black and white in the first and second centuries. Many of the tombs retain their elaborate mosaic decoration and viewing the area said to hold the tomb of St. Peter is spine-tingling for anyone, not just Catholics. The number of visitors allowed into the tomb is limited, so you can only enter on a tour with an official Vatican guide (somewhat unfortunately, as the guides tend to be dry and have iffy English). Book in advance by e-mailing scavi@fsp.va. 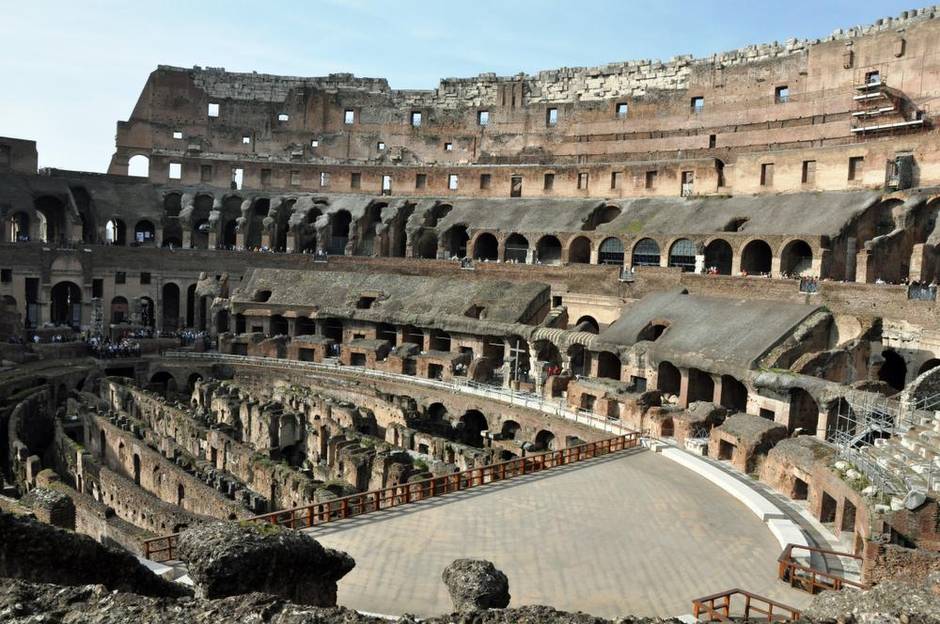 Five years ago, the underground at the Colosseum opened to breathless excitement. Called the hypogeum, it consists of the tunnels and rooms where gladiators waited for their turns to do battle – a kind of backstage area, complete with the remnants of the elevators that brought the fighters to the arena, that gives you a better grasp of just how planned (and purposeful) the violence here really was. As with the Vatican necropolis, it can only be accessed on a tour. archeoroma.beniculturali.it

Just up the street from the Colosseum, this layer-cake of a church is a 12th-century basilica … built on top of a fourth-century basilica … built on top of ancient Roman ruins, including apartments and a pagan mithraeum (place of worship). But don’t race to the bottom: The middle level, the ancient basilica, features fascinating frescoes. Don’t miss the 11th-century depiction of a tale of the pagan Sisinnius, with its rare example of not only written vernacular Italian, but, shall we say, colourful Italian: Painted on the fresco are Sisinnius’ words “Fili de le pute, traite!” (“Come on, you sons of whores, pull!”). basilicasanclemente.com 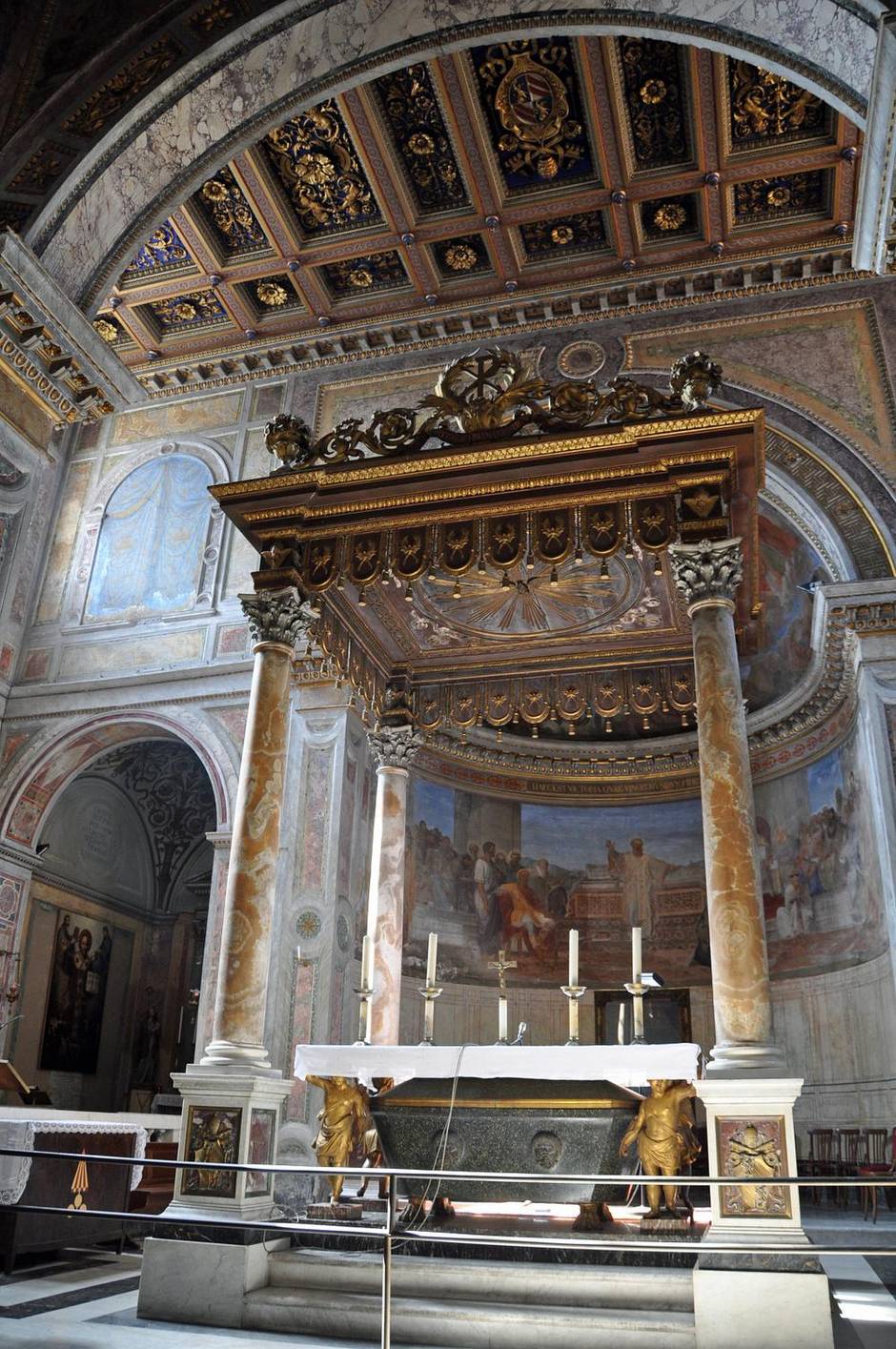 Aside from San Clemente, a number of other churches in Rome have undergrounds that are, often for just a couple of euros, open to the public. My favourite is at this little church just around the corner from the Jewish Ghetto. Even from the outside, you can see how it was built directly into ancient structures: the temples of Hope, Juno and Janus, the oldest of which dates back to the third-century BC and whose columns the church uses as its own. Unsurprisingly, the basement holds some secrets; you’ll find both the temples’ bases and the ancient Roman path that ran between them. The massive tufa stones might not look like much compared to, say, the mosaics of the Vatican necropolis, but they are 500 years older. 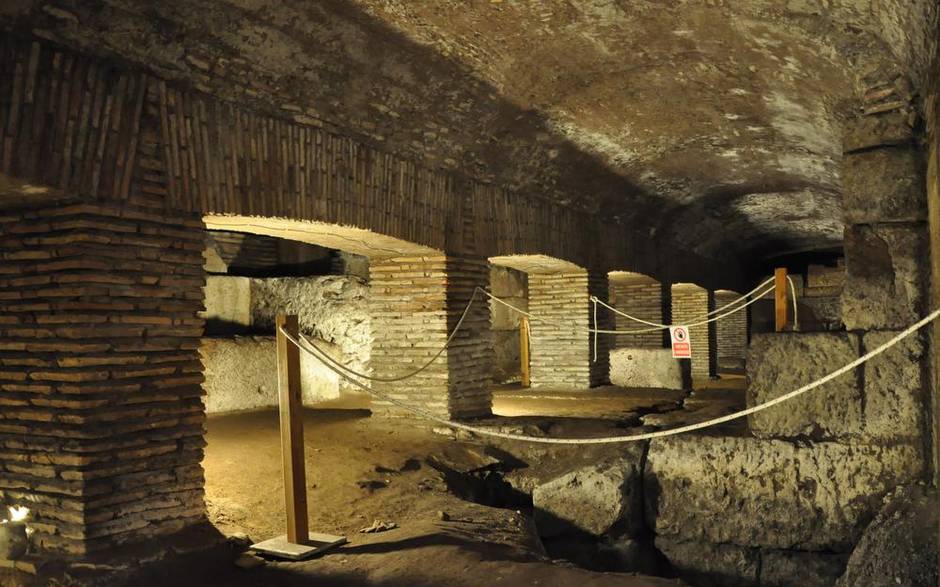