The island of Roatan is never quite what you’d expect. Case in point: The Mayan Jungle Canopy, a small zoo featuring local Central American animals. I normally hate animals being caged, but not here. That’s because, strictly speaking, they’re not always locked up. Our tour guide, Antonio, explains: “We don’t worry about it too much, they escape all the time but they seem to come back eventually.”

So you can imagine what it’s like wandering the gardens: Capuchin monkeys surround you – some in cages, some skittering through the trees. Scarlet macaws screech and complain from all directions and – watch your step – you might have to avoid an agouti (a guinea pig-like creature, but with long, slender legs). Sound a little different? It’s classic Roatan. 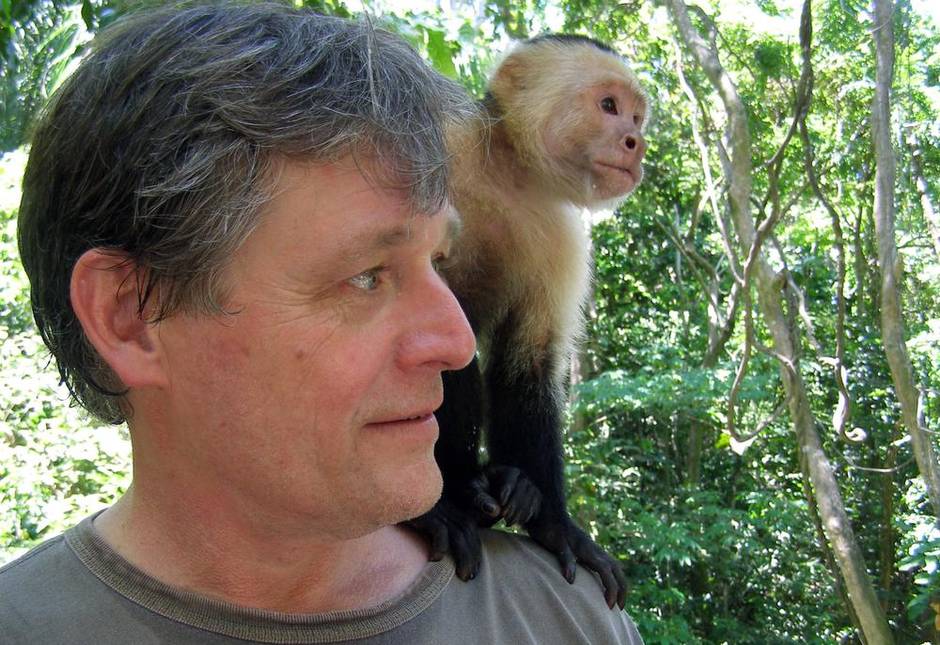 The author and his monkey friend.

In the five years I’ve been visiting this tiny island off the coast of Honduras, it has remained a charming anomaly in the Caribbean: relatively unspoiled, unpretentious, a rare slice of genuine tropical paradise. Forget towering hotels and wall-to-wall duty-free shopping. Islanders have chosen to never become another Cancun. As the president of the Tourism Bureau puts it, “We’ve always thought in terms of quality, not quantity.”

Part of that quality of experience is still being able to connect with people. On one trip, I ended every day with an evening drink, watching the sun go down at a bar on the beach. By day two, Juan the bartender was telling me about the island’s history, its customs and what local cuisine was particularly delicious. To really enlighten me, Juan turned up with a yucca cake made by his wife. It’s a traditional honey-soaked Honduran dessert that had taken her hours to steam cook. Happily, that experience wasn’t an anomaly. I met islanders every day who reached out to me.

It’s the opposite of how many people envision Honduras, which makes headlines for its high crime and murder rates. For many years, Roatan seemed immune to those issues, but inevitably some have spilled over. Coxen Hole, the largest city, is home to some questionable neighbourhoods, but the islanders are well aware of the problems, and in 2012 established a special police force to protect tourists. In four visits, I’ve never had anything stolen or even felt threatened, but travellers should use common sense, as in any developing country: Don’t flash obvious signs of wealth, use ATMs only in well-lit public places or banks and avoid carrying large sums of money. Enjoy the beaches, but don’t wander alone on them at night. 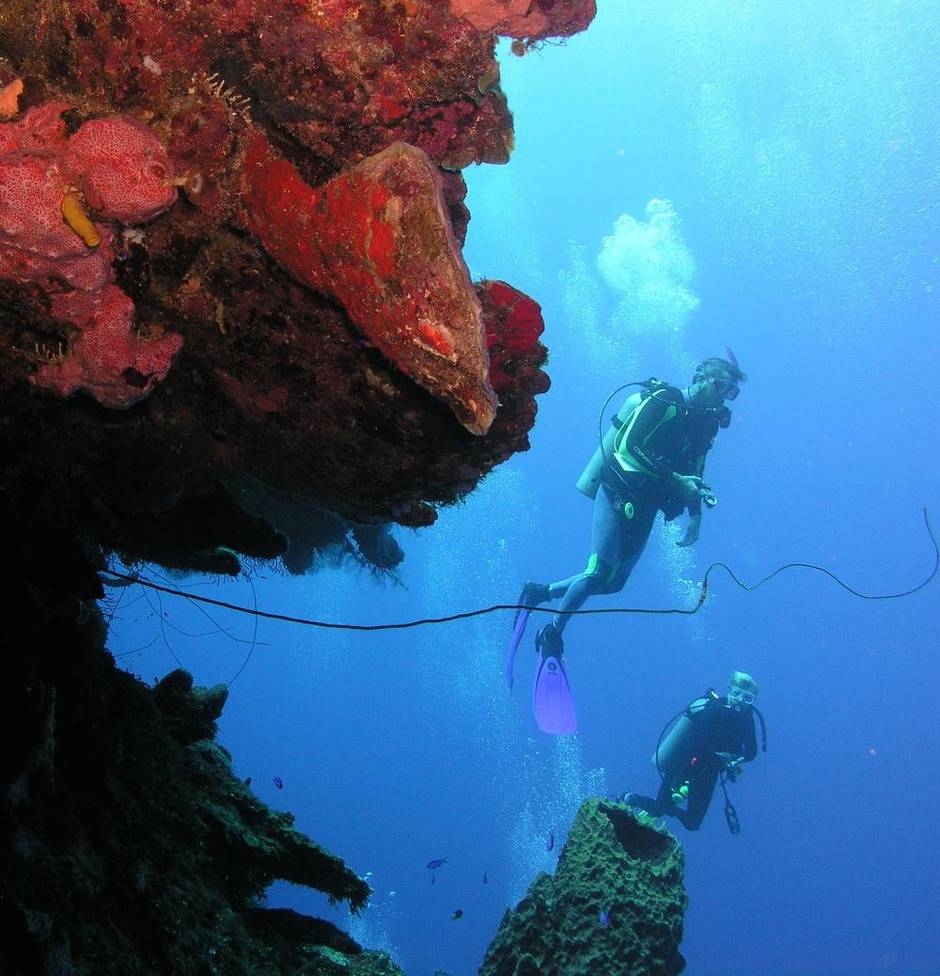 The Honduran island of Roatan offers some of the best scuba diving in the world. (Associated Press)

The real jewel in Roatan’s crown is the coral reef. I’ve played with sea turtles, had a large moray eel wind around my body and watched in awe as massive eagle rays cruised by looking vaguely like stealth bombers. One of my favourite activities is stopping to look closely at one patch of coral. I’ve found seahorses, translucent cleaner shrimp no bigger than a fingernail and gaudy-coloured nudibranchs.

Residents take the coral reef seriously, and for good reason: It’s one of the island’s most important natural resources (7 per cent of Honduras’s gross national product comes from tourism on Roatan and divers make up the lion’s share of visitors). Years ago the islanders passed laws that made parts of the reef a protected marine sanctuary. Volunteers raised money for boats and started patrolling to keep poachers away. Business owners built anchor points so dive boats wouldn’t tear up the coral, and hotel dive shops donated their employees’ time to remove invasive species such as lionfish. As a result, the reef is actually getting healthier. According to the Healthy Reefs Initiative, which monitors the Caribbean, “The Sandy Bay West End Marine Reserve is one of the few places on the report card that has actually improved.” 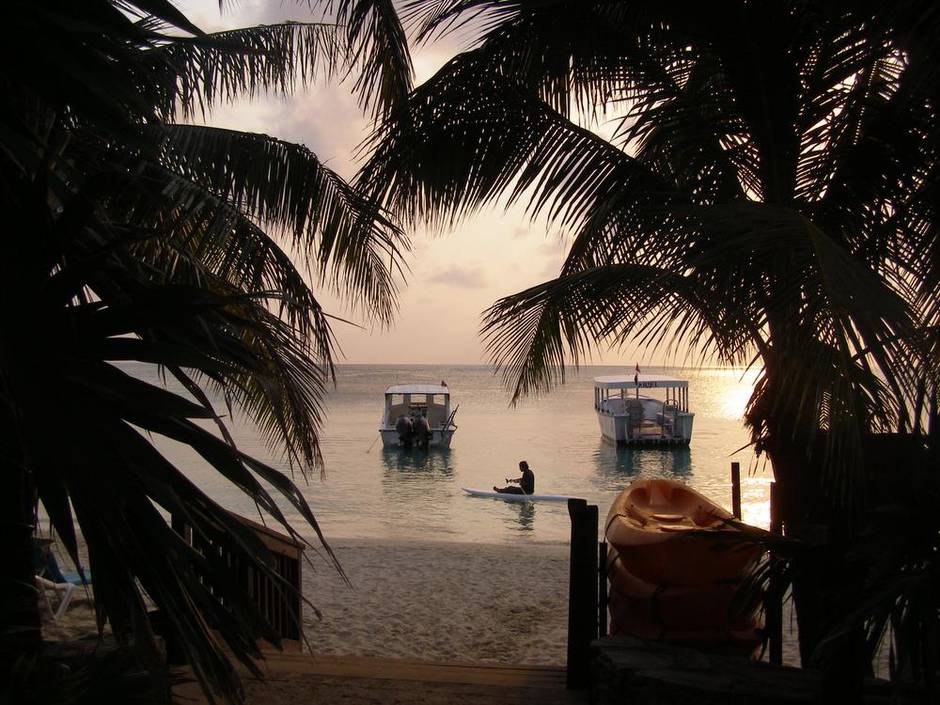 But what really defines Roatan is how it was settled. The British and French moved in during the 1600s, first arriving as pirates; a population of Garifuna (mixed African/Carib Indian) were banished to the island in the 1700s and a healthy Latin culture took hold when the Spanish began to populate Roatan in the 1900s. More recently, a sizable American and Canadian ex-pat community has started to grow. These waves of people combine to give the island a distinct cultural flavour. Islanders typically speak English, Spanish and Garifuna – often in the same sentence. While chatting with the man who runs the iguana sanctuary, I was struck by how much his dialogue was infused with the linguistic mélange; it took me 10 minutes to realize he was speaking English.

Over the course of my four visits, I’ve found little experiential gems that tie in all of those cultures. The Garifuna have set up a cultural centre where they perform a dramatic traditional dance that tells the story of their captivity and enslavement. Like the island itself, the dance has a blend of influences: a heavy drum beat drives a performance that looks like something you might see the Masai perform in the Serengeti. But the bright costumes suggest a more Carib influence.

I’m also a big fan of the predominantly Garifuna community of Oakridge, often called the “Venice of the Caribbean” for the ice-cream coloured houses that sit on stilts scattered around a series of canals. The town’s origins lay in the grim reality that fishing was one of the few ways to survive for the first black settlers and land ownership wasn’t encouraged. While you’re there, hire one of the fishermen to take you on a tour of the mangrove swamps – tunnels of trees that wind their way between tropical lagoons.

When I’m looking for a little more Latin flavour, I’ll head down to the town of Coxen Hole. With its bustling street side markets, it’s like being transplanted into the heart of a Central American village. Look for the great deals on bottles of vanilla – 10 bucks if you buy it at a tourist shop, a buck if you find it in the market. When I want something a little more alternative I’ll head for the village of West End. Don’t let the occasional waft of weed and profusion of Birkenstocks scare you off. You can find funky cafés and great deals on food – try the Creole Chicken Rotisserie, which offers half a chicken and two sides for five bucks.

It’s experiences like these that keep me going back to Roatan – not because it offers what I’ve come to expect from the Caribbean experience, but because it doesn’t. 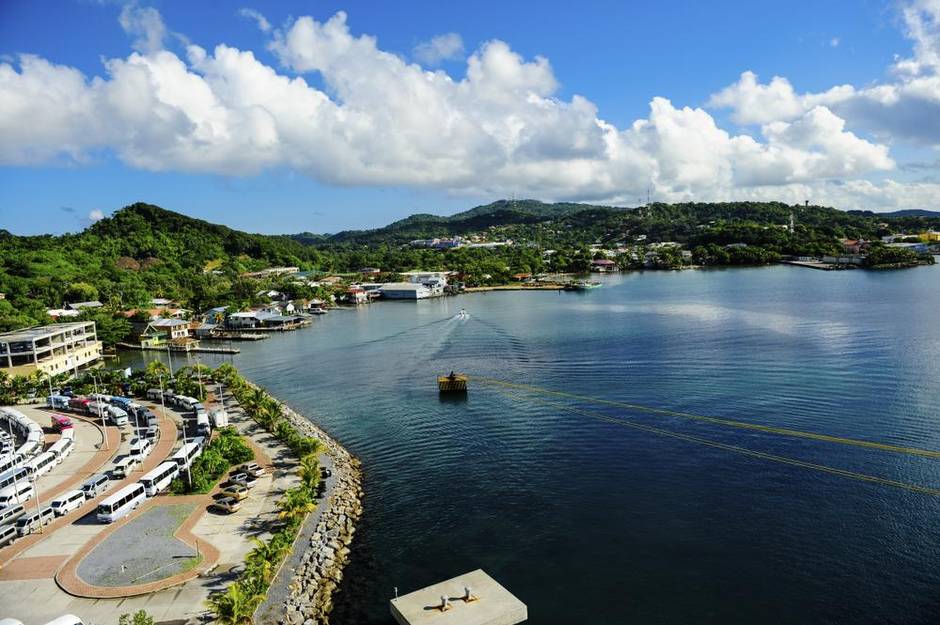 Air Transat and Sunwing offer direct seasonal flights from Montreal and Toronto. Note: The Department of Foreign Affairs has not issued a travel advisory for Honduras, but warns visitors to exercise a high degree of caution in Honduras, due to violent crime: “Although most criminals do not target tourists, some have been victims of crime in major cities and in areas frequented by tourists, especially at night.” For more information, visit travel.gc.ca/destinations/honduras.

At the cheaper end, try the West Bay B&B. Rooms for two run from $60 (U.S.) a night, includes breakfast (westbaybedandbreakfast.com). Perched high on a hill overlooking the Caribbean Sea is Turquoise Bay Resort from about $160 (U.S.) a night (turquoisebayresort.com). Or pamper yourself at the Mayan Princess Beach & Dive Resort in West Bay, mayanprincess.com, (my favourite place to stay) or book the Pristine Bay Condominiums, pristinebayresort.com, (a more remote but spectacular location). Both cost around $300 a night.

You have to visit the reef. There’s much to be seen in shallow water by snorkelling, but many of the dive operations offer dive courses. My two recommendations are Subway Watersports (subwaywatersports.com) and Mayan Divers (mayandivers.com). For already certified divers, this place is heaven. A two-tank dive will cost less than $50. That’s half the usual price found in most Caribbean destinations.

Try the new 18-hole golf course at Pristine Bay. Designed by golf architect Pete Dye, it features a couple of holes that looked jaw-droppingly difficult to me (pristinebayresort.com). Or interact with a dolphin family at Anthony Key Resort (anthonyskey.com). Of course, there are always great beaches for those who just want to relax.

Gios is an unassuming, fresh-out-of-the-water seafood restaurant in French Harbour. A full meal with drinks will run you well under $60 for two. At the Creole Chicken Rotisserie in the village of West End you dine on unbelievably moist and delicious chicken cooked over an open grill. Classic southern side dishes include fragrant coconut rice, plantain fries and the complimentary house salsa. Meal for two with a cold local beer is $20. For lunch, try the Java Vine in West Bay for great sandwiches, delicious coffee and tasty pizza. You might also want to sample the pull-apart cinnamon buns baked daily at the Fresh Bakery and Café in Sandy Bay. There may be better ones somewhere on the planet, but I haven’t found them yet.