My heart bleeds for Buffalo: its post-Apocalyptic squalor, indelicate accents, and biblical house fires. And most of all, its inability to rebound from the turn of the last century. Unlike its Rust Belt cousin Cleveland, this Lake Erie underdog never built a tourist mecca like the Rock and Roll Hall of Fame and Museum. Nor did it pull a Pittsburgh, which reinvented itself as an buzzing hive of innovation.

But over the past two years, a local entrepreneur has been making news for his relatively modest idea to bring life back to its downtown core: a boutique hotel. Not just any hotel. Instead, to the tune of $43-million, local developer Rocco Termini refurbished this century-old landmark-turned-flophouse and created a tricked-out destination for events and a separate space for 115 apartments, all of which were rented out before the building's June opening. It's a wager for Termini and the state agencies who helped fund it – and it's a compelling experiment of civic renewal. Can a signature building alter a neighbourhood and create a ripple effect of activity across a downtown? It's a high-concept, dramatic ambition.

When I was there on its opening weekend, the hotel was hopping with events, its bars jumping until all hours. But the immediate area around it was as quiet on Saturday night as it was on Sunday morning.

In its prime, the Renaissance-style hotel was considered one of the country's best. Originally designed by Louise Blanchard Bethune, the first female architect to be recognized by the American Institute of Architects, the building has a narrow but vast first floor that's a fascinating exercise in time-travel: a staggering old-school wooden bar built by Brunswick (the bowling alley company!); two ballrooms whose styles range from Beaux-Arts to Art Deco; more than 100 restored stained-glass windows; countless fixtures, and noteworthy detailing in the corners and in the crevices of its ceilings. In the lobby, the original front desk, its Art Deco clock and the original mailboxes have all been polished. There is a vast mural championing Buffalo's entry into the aviation era, which back then was not packed with carloads of Ontarians hoping to escape Toronto's extortionate departure taxes.

Though each suite is slightly different, they are all comfortably furnished in a style that could be called boutique modern: dark armoires and headboards, Lucite "Ghost" chairs, subdued yet colourful upholstery. For those numbing winter nights, the beds have big puffy duvets to keep you warm while you watch the local stormy weather reports on the flatscreen TVs – and if you get really cold, there are electric two-way fireplaces in every room. State-of-the-art centralized heating and air-conditioning systems are built into the ceilings, which sure beats the traditional radiators next to the windows that talk to you all night long. The bathrooms are clean and inviting. My only complaints are shower-related: The towels were wee and the stalls are next to a tub, separated with only a peek-a-boo window. Maybe I'm just bad at showering or not very European, but it sure is easy to make a mess.

Termini is banking on the hope that weddings, not rumpled hotel critics from Toronto, will bring in a lot of money. So the Lafayette has created a turnkey nuptial operation: a gift shop, florist, in-house bakery, wedding dress store, and potentially, a jewellery store. The hotel said it had already booked more than 200 events.

If the grim, windowless workout room I saw on that opening weekend is any indication, this is not a location where one strives to be virtuous. Instead the main floor is one long pub crawl with bars in every direction. You can drink in front of a roaring fireplace or shed your tweed and groove to the beats at its mixology bar, where I had a tasty Saz-that-Rac, which is a take on a Sazerac – the Rye, bitters and absinthe New Orleans cocktail. The hotel was also just putting the finishing touches on its Prohibition-era speakeasy, which is in the basement, naturally.

Apart from its bridal services, other attractions are the Pan-American Grill (which offers beer made on the premises) and Mike A's Steakhouse. A local celebrity chef who has affiliation with the James Beard Foundation, Mike Andrzejewski creates high-end alternatives to American classics. Wagyu beef tartare, for example, is garnished with pine nuts, capers, watercress, red onions, olive oil, truffled Dijon mustard, and topped off with egg yolk. He also reverses French onion soup by presenting a croquette of caramelized onion and braised oxtail, layered in Emmental cheese sauce. Along with Termini, Andrzejewski is another favourite son about town, a galvanizing force to bring life back to downtown Buffalo. His nearby sushi restaurant, Seabar, offers another impish take on the classic, Western New York steak sandwich: a beef-on-weck roll.

The hotel is a win for tourists and the city alike. Its downtown area is filled with Art Deco splendour, a joy to walk through on a bright Sunday morning. (My nine-year-old, Noa, said she preferred Buffalo's downtown to Toronto's, and that was even after I told her she couldn't go to the Tim Hortons near our hotel.) A 10-minute drive from there is the world-class art gallery and museum, the Albright-Knox, which offers audio tours for both adults and kids, and equally close is Frank Lloyd Wright's Darwin Martin house. Or the artless can clog their arteries with the Buffalo wings at the Pearl Bar and Grill, the tastiest (and greasiest) I've had in ages, and I mean that in the best way. Even if you're not getting married any time soon, the Lafayette is well worth the overnight trip.

The writer visited courtesy the City of Buffalo. 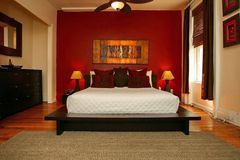 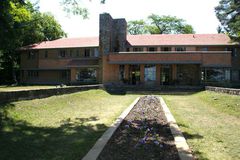 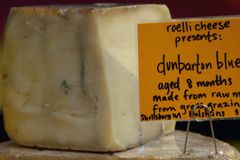