In the east, Vermont is the hipster homeland. Red-and-black plaid is practically the state symbol, and luxurious beards are de rigueur. Everyone, it seems, skis and fishes and hunts and hikes, and a good many locals enjoyed lucrative careers in New York or Boston before returning home to make artisanal cheese or harvest maple syrup. At any rate, expect to meet lots of Vermonters sipping cocktails at the 506 Bistro at the newly renovated On the River Inn. Once a clump of cabins built in 1952, today it’s been rebuilt in classic Vermont style, overflowing with cozy charm – plaid throws, milk-crate coffee tables, local 19th-century newspaper clippings on the walls and so on. 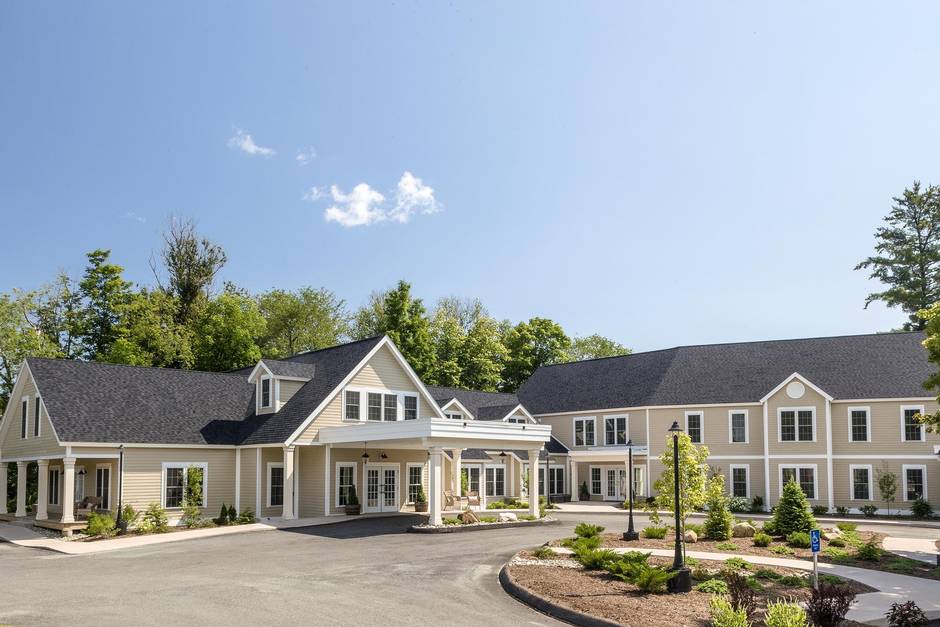 The 506 is nestled in a winter wonderland just two miles from Woodstock, Vermont, named earlier this year by Conde Nast Traveler as one of the most beautiful towns in America. (Charles A Parker)

The 506 is nestled in a winter wonderland just three kilometres from Woodstock, Vt., named earlier this year by Conde Nast Traveler as one of the most beautiful towns in the United States. Founded in 1761, Woodstock’s curved streets are lined with colonial and Gothic Revival mansions, antique shops and cozy pubs (most of the buildings are on the National Register of Historic Places) and don’t miss the town’s three historic covered bridges. From the hotel you can snowshoe, snow-tube, snowmobile and ride a snow-cat, but the real draw, just 20 minutes up the road, is the Beast, a.k.a. Killington resort – the largest ski area in the eastern United States and, at 950 metres, the biggest vertical in New England. 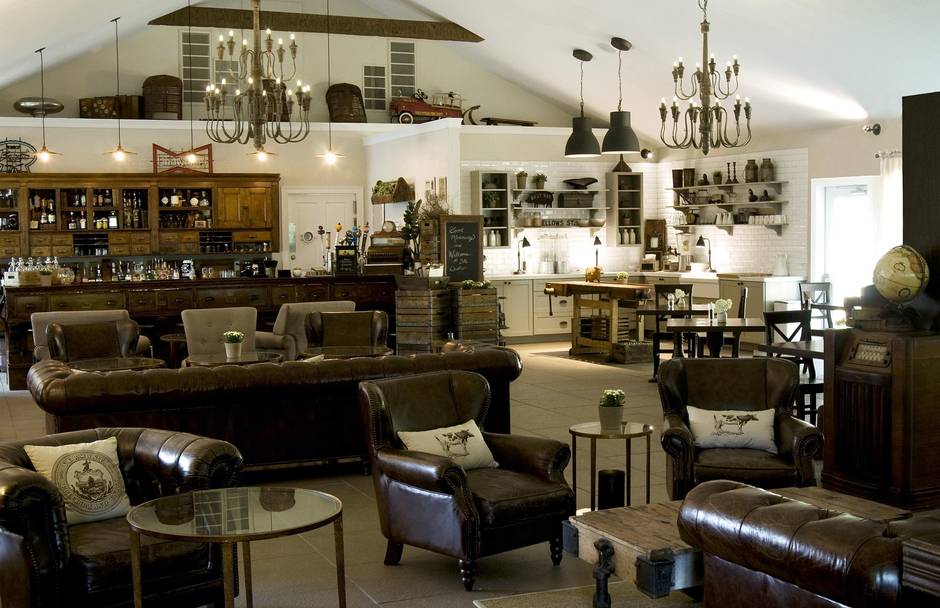 The 506 On the River Inn (Delilah Karenina Gámez)

Eat in or eat out

On our first night, we wandered down to the in-house Bistro 506, where we ordered the samosas stuffed with feta and spinach. My main – creamy chicken stew with biscuits – was belly-warming, but I could have just ordered another plate of those buttery samosas and gone to bed happy.

On our second night, we drove 15 minutes to the fine dining restaurant, the Mill at Simon Pearce in Quechee, owned by the world-renowned Irish glassblower, who immigrated to Vermont in 1981. To work up an appetite, we wandered into the basement to watch Pearce’s team of artisans pull and blow molten hunks of glass into elegant goblets, glasses and candle holders (available for sale upstairs, natch). Then we walked back up to the restaurant for house-made gnocchi with Maine lobster and maitake mushrooms. We scraped up every vestige of creamy deliciousness with the homemade baguette, slathered with Cabot butter. Somehow, we still found space for steak (his, overdone) and tender short ribs with caramelized Brussels sprouts and shallots (mine, melt-in-your-mouth).

Back at the hotel we indulged in a nightcap: a VTini garnished with local smoked apple bacon for me and a Maple Lumber Jack for him – a generous dose of Jack Daniels, plus local apple cider and maple liquor, served in a mason jar (of course). 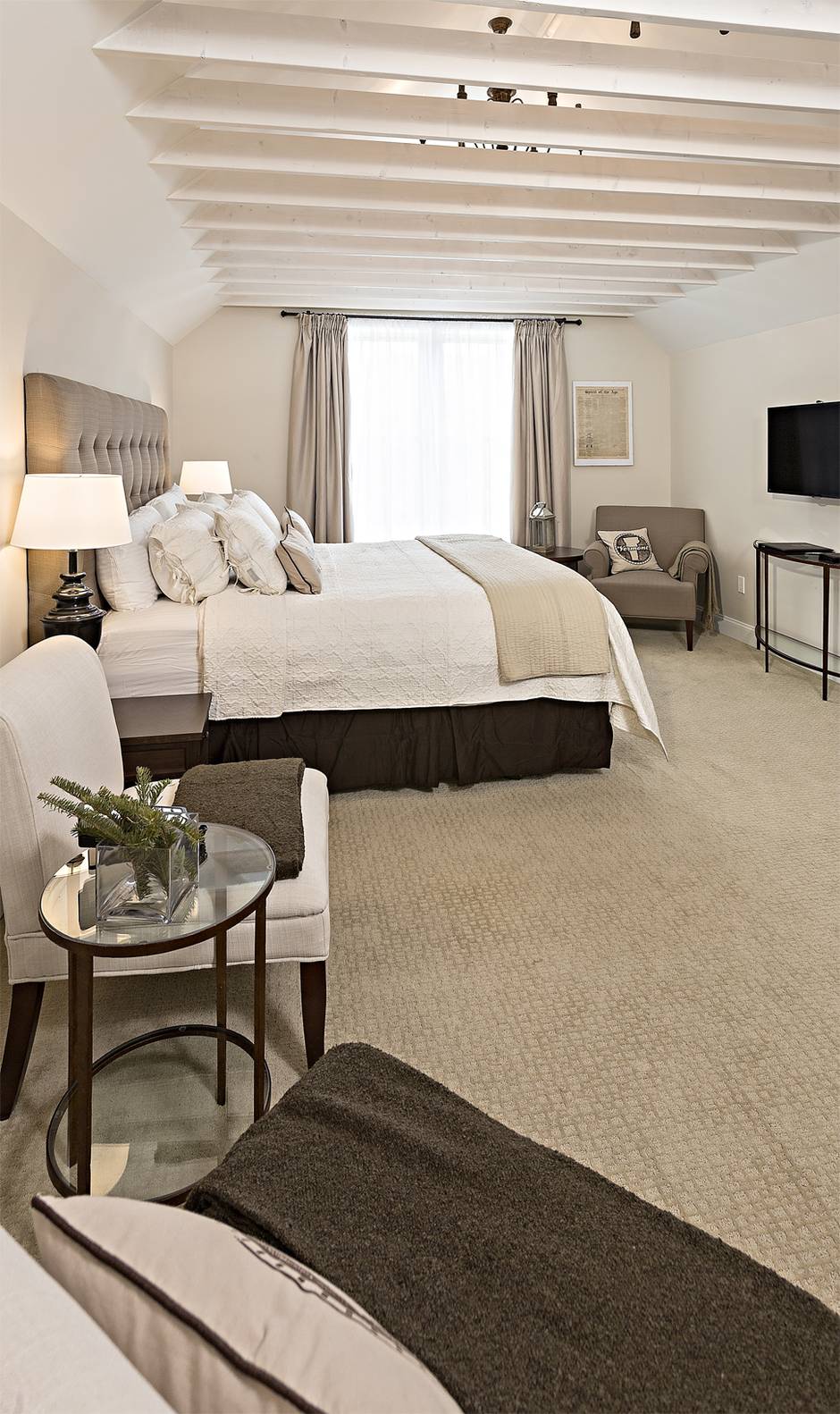 Room with a view

Book the two-floor penthouse suite overlooking the Ottauquechee River. It comes with a balcony and two wooden rocking chairs from which to enjoy the river. 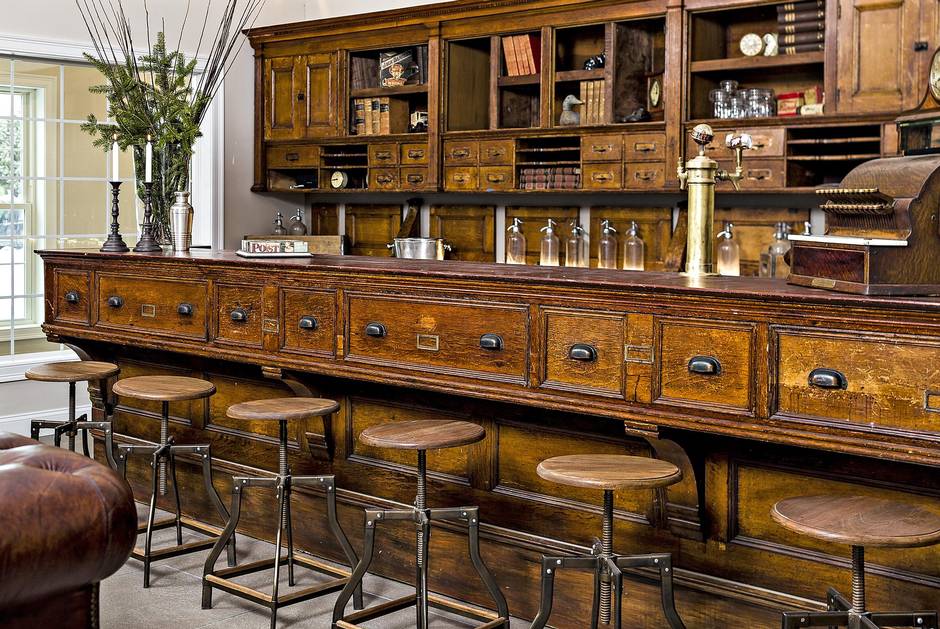 The complimentary country breakfast, which is served in the rustic, white-tiled kitchen tucked into a corner of the 506 Bistro. Local eggs, sausages, French toast with maple syrup cream, bacon from a farm up the road – this is the kind of food we needed to fortify us for a day in the cold. We couldn’t get enough of the warm bread (made with local King Arthur Flour) slathered with soft butter and hunks of pungent, crumbly cheddar, both from the local Cabot dairy. 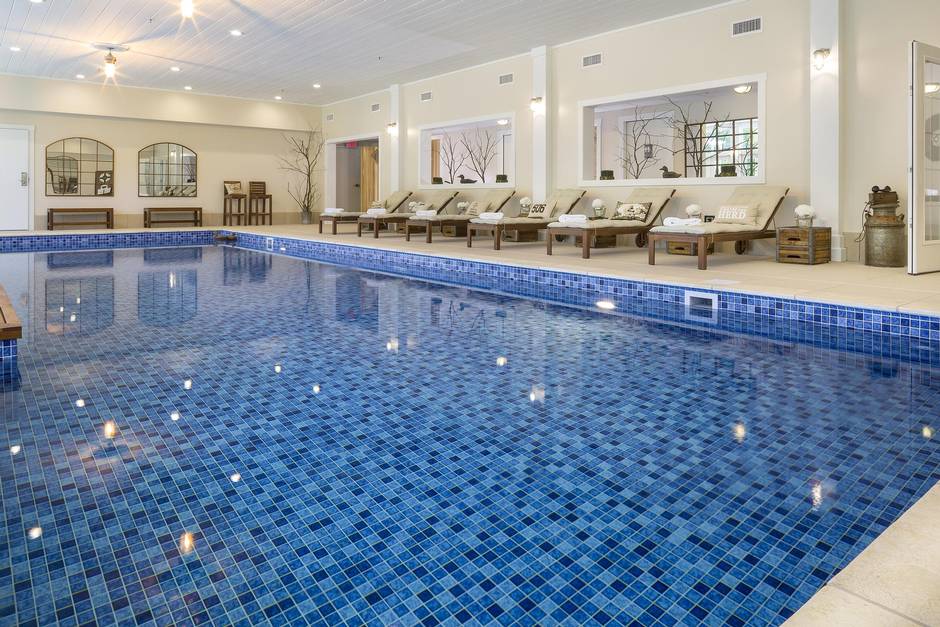 After a day spent taking archery lessons (it’s amazing what you find yourself doing on vacation) we were bemoaning the lack of a hot tub to soothe our sore muscles. But a couple of Maple Lumber Jacks did the trick just fine.