Just off Place Saint-Sulpice in the 6th arrondissement, at Au Bon Saint Pourçain – a bistro in the old-fashioned, stew-simmering-on-the-stove, chalkboard-menu sense – gruff, bearlike François plies his trade almost single-handedly. Daily he wearily endures tourists who expect, and are vexed if they don't find, French onion soup and boeuf bourguignon on the menu every night, even in the middle of July. During the day, you can catch him wandering around the neighbourhood with an armload of baguettes for the next repast.

Along with charming places like this, there are plenty of off-the-tourist-radar dining spots in Paris serving modern French cuisine at bistro prices. Despite perennial cries of despair, great French cooking in small neighbourhood places, from which the bistro idea became legendary, is alive and well in the world's favourite city.

It's just harder to find. You have to venture into lower-rent areas off the tourist map. This is not to say that you can't find them in the teeming tourist areas, around Boulevard Saint-Germain for example, but a little adventure will yield great culinary rewards, old and new gustatory delights.

Over a month, my wife Sandy and I foraged across the breadth of the city, in search of local petites boîtes serving modern or traditional cuisine, venturing into neighbourhoods lesser known to us.

We eschewed many wonderful places at which we had dined before – including L'Ami Jean in the 7th, Le Baratin in the far reaches of Belleville in the 20th, and the redoubtable but contentious Chez L'Ami Louis in the 2nd (food critic A.A. Gill called it the worst restaurant in the world) – all in search of a bit of frisson de cuisine. Unless it's a really special occasion (and even then), our advice is to forget the Michelin three-stars or Pudlowski two-plates. You can dine brilliantly at a fraction of the cost and have more fun at the same time in the 10th and 11th arrondissements.

The Gare du Nord is a classically attractive, hugely busy rail station, from which a streaming mélange of people emerge, day and night. Nearby, Thierry Breton, a Breton en fait whose excellent, crusty bread can be found in restos all over the city, runs Chez Michel, an old-style bistro if there ever was one. With a small cave à vin in the basement, his rather rustic place serves market-driven, Brittany-based cuisine (pork and veal stew, seasonal game, excellent Paris-Brest) that, apart from the desultory service, will make you want to return the next day. Locals also swear by Chez Casimir for Moroccan food when the mood strikes.

The area around Canal Saint-Martin, a nicer part of the 10th arrondissement, has had a culinary awakening. Young Parisians line the canal on summer evenings to play guitar, smoke a little weed and hang out a stone's throw away from Philou, a bo-bo (bohemian-bourgeois) fave known for its down-home but incredibly tasty fare, and for its pleasant but inexpensive wine list, all on the blackboard. We had a large (for Paris) fruit-flecked salad, tender, garlic-infused roast chicken with girolles in broth, and simple shortcake/strawberry dessert and a reasonably priced burgundy. (At €70 – about $86 – it was delicious, but still more than we needed to spend to drink well.)

Immediately to the west of the canal, stumble into Le Verre Volé – essentially a wine shop with a kitchen attached – where the chef serves grilled fish, meat and vegetables, unadorned except for spice, in an atmosphere of jollity and bustle. The wines, many organic and biodynamic, are ones you don't find in the export market, but choose one for your dinner and they add only €7 corkage. Even better, on your way out, buy a bottle or two and enjoy a picnic the next day in the lovely Parc des Buttes Chaumont in the nearby 19th arrondissement.

Moving southeast into the 11th, some new kids on the block have taken over the neighbourhood, pushing the oldsters into the dusty background.

The pretty blue, but otherwise plain, façade of Septime in the 11th masks the bustle within. In an open kitchen, young chefs ply the standard bistro trio of entrée/plat/dessert but with modernity writ large. Each course has two or three choices. On the day we had lunch, we could choose white asparagus in a light sauce, smoked beef or chicken egg in mushroom bouillon for starters; a light white fish (lieu jaune) in fennel or duck with shallots for the mains and cheese or a strawberry-rhubarb fleur de sureau (elderberry flower) concoction that made our day. All of this for €26 or if you want to splurge, you could go for the carte blanche en 5étapes menu (€55). Organic and traditional wines are on offer and the service couldn't be more pleasant.

Although you might not want to try to find it at night, and knowing you certainly wouldn't go there for the decor (the proprietor/bartender and the patrons sport eye-catching tattoos), I still recommend Au Passage. Here among mismatched chairs and shaky tables, the young Australian chef (who may be moving to his own place soon) cooks up tapas-like, modern European cuisine. The €19.50 three-course lunch menu (potage, entrée et dessert) may be the best value in Paris.

Among the gustatory bargains in the buzzing 11th you can't ignore Le Bistrot Paul Bert and L'Écailler du Bistrot, the former worth going to for its sign that says "Beef cooked bloody, rare or not at all" and its eggs cooked with morels, the latter for its excellent seafood and fish.

While Frenchie in the 2nd arrondissement is the new darling in town, and well worth the visit, if you want a reservation next year you'd better book now. On the other hand, if comfortable, casual and carefree is up your alley, make your way to one of these lesser-known spots. This is the raw, néo-cuisine Paris: tattoos, talent and taste.

If you want to stay au courant on the Paris resto/bistro scene, have a look at parisbymouth.com, a charming anglo-Parisian website with contributions from food authors, writers and critics.

In the 6th arrondissement

In the 10th arrondissement

In the 11th arrondissement

Paris on the cheap: tips on where to stay from Globe readers and experts
August 9, 2012
A foodie's tour of the forgotten corners of Paris
May 26, 2012 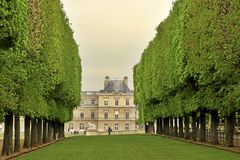 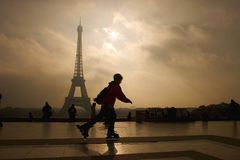