Skip to main content
ADAM HAMMOND
Lukecin, poland
Special to The Globe and Mail
Published May 4, 2015 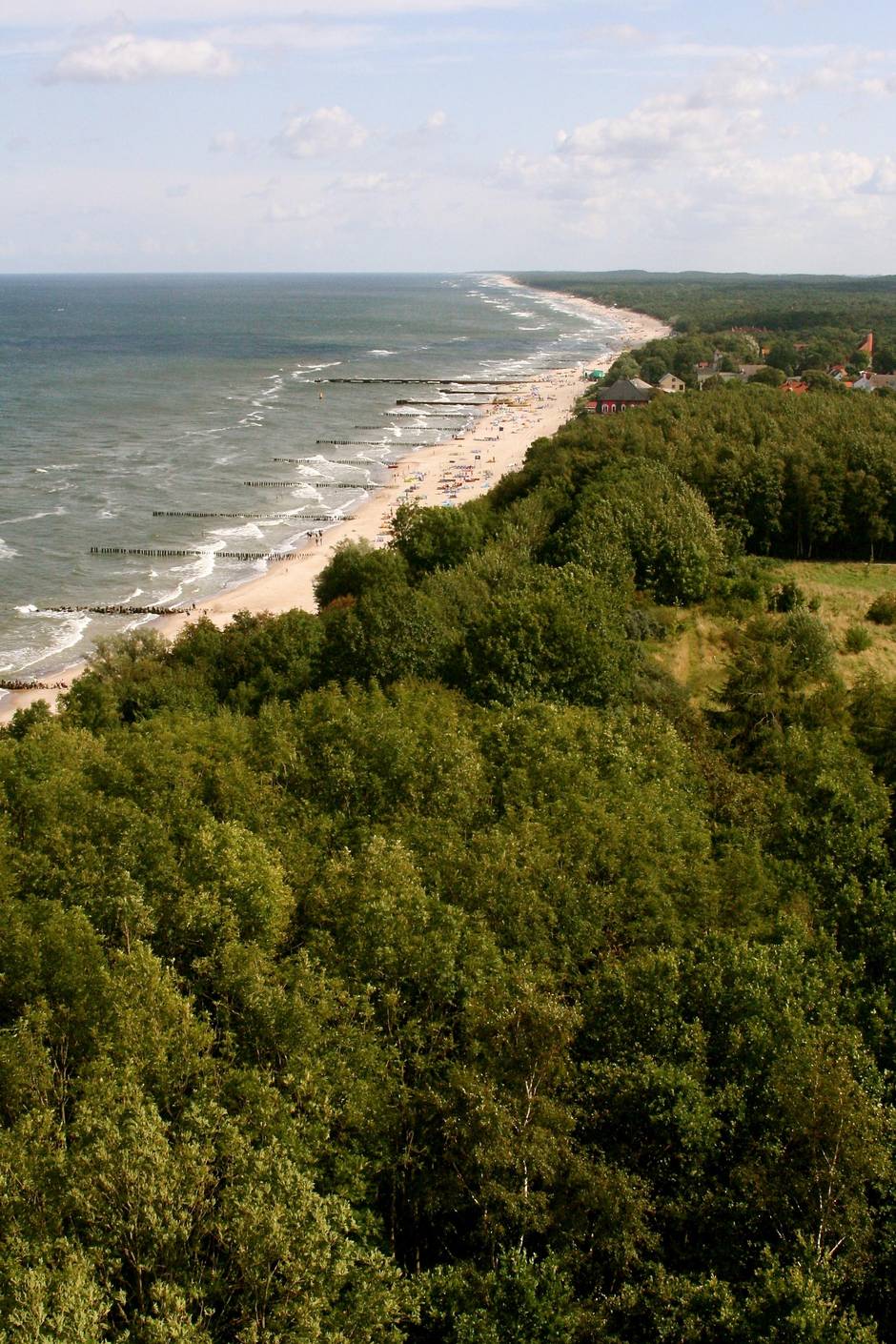 Poland's beaches are peaceful, uncrowded and largely devoid of restaurants, patios and hotels. And from July to September, the sea is warm enough for swimming. (Photo by Marta Balcewicz)

Before my trip to the Baltic coast, Poland was about the last place I associated with golden beaches and summer fun. The Iron Curtain continued to cast its mighty metaphorical shadow and, like many Canadians, when I thought of this part of the world, I pictured cold, fog, struggle, war – anything but a beach-side paradise.

In this, the Canadian imagination lags well behind that of the European. Germans, especially, flock to the Baltic coast of Poland in the summer months, drawn by the uncrowded beaches, delicious food and low prices. The Poles, too, tend to spend their summers on the Baltic, and it was a Polish-Canadian friend of mine who suggested this unlikely trip.

My itinerary had me travelling from west to east between a pair of major resort towns. Swinoujscie, near the German border, has the quiet feel of faded glory and is popular with retirees. Sopot, near Gdansk, is elegant and flashy – a Polish Monaco, home to centuries-old spas, endless festivals and the most expensive real estate in the country.

While both towns have much to offer, including excellent beaches, the real charm of the Polish seaside lies between them, in the tiny resort towns that line the Baltic coast. They might not be as slick as Sopot or as serene as Swinoujscie, but their charm lies precisely in their intriguing mix of mindless summer fun with the lingering sombreness that Poland never quite escapes.

Many of these small resorts were developed during communist times, when state-run businesses built holiday camps for their employees. Though communism is long gone in Poland, this network of vacation retreats remains in place, and it was through my friend’s relative – a Polish public servant – that I secured a reservation in a pine cottage in the village of Lukecin (pronounced woo-KEN-cheen, surprisingly). 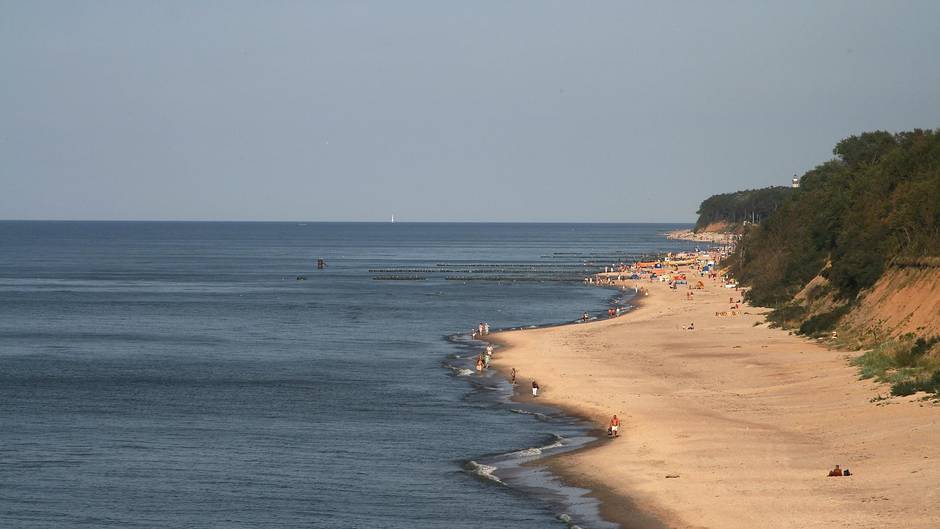 The Rewal area beaches are separated from the nearby resort towns by a zone of state-protected forests. (Photo by Marta Balcewicz)

During my two weeks in the village and nearby Rewal, I became familiar with the three distinct “zones” of Polish seaside life. First, of course, is the beach. Contrary to expectations, the beaches in Poland aren’t rocky or grey but soft and white. They are also utterly peaceful and almost totally uncommercialized, edged by sandy cliffs and devoid of restaurants, patios or hotels. From May to September, the temperatures are hot, and from July onward, the water is warm enough for swimming. One annoyance is the persistent high wind – good news for parasailers, less so for those being battered by waves as they try to swim – though local accommodations will provide sunbathers with a parawan, a colourful and extremely effective trifold fabric windbreaker that allows you to tan in a windless cocoon.

Zone 2 would be the forest. All along the Baltic coast, state-protected woods stand between beach and town, so that getting from one to the other involves a short hike. The forest – dominated by pines and beech trees – acts as a buffer, keeping the bustle of the resorts well away from the calm of the beach. But it also adds much of the distinctly Polish character to the seaside experience – an undercurrent of mystery and troubled history. Walking through the fragrant woods at sunset, with the last rays of light falling on the towering trunks and the sound of waves crashing in the distance, you are as likely to stumble on an abandoned German machine-gun bunker as a runaway beach ball. 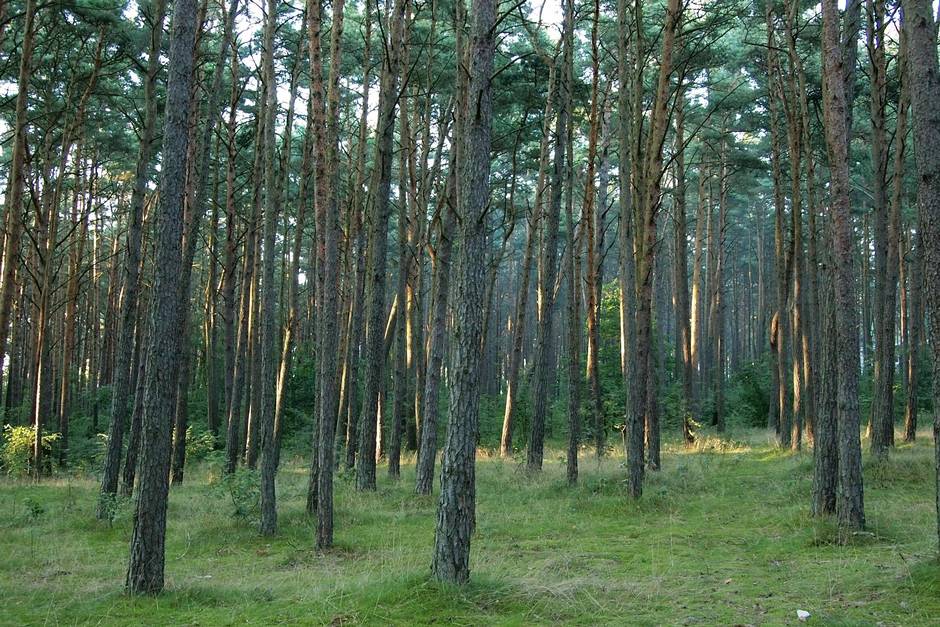 The forest acts as a buffer, keeping the bustle of the resorts away from the calm of the beach. (Photo by Marta Balcewicz)

Past the forest, you come to the third zone, the resort towns, all of which share the lively feeling of a dilapidated carnival. The streets are devoid of chain stores and restaurants, and are instead lined with ice cream shops, fish stands, arcades and souvenir stores. This is where you’ll find the gorgeous and inexpensive amber for which the Baltic is famous. Young families and school-aged children at summer camp fill the sidewalks. There are go-karts for rent and pony rides on offer.

On cloudy days there is plenty to keep you occupied. With seaside towns spaced out about every kilometre, it’s easy to walk between them, either on the endless beach or on marked trails through the forest. My walks from Rewal landed me in Trzesacz, where the main draw is the picturesque ruin of a 10th-century church built on the edge of a sandy cliff, most of its structure lost to erosion. In Niechorze, I climbed the 200 steps to the top of a red-brick lighthouse that provides a gorgeous overview of the coastline. 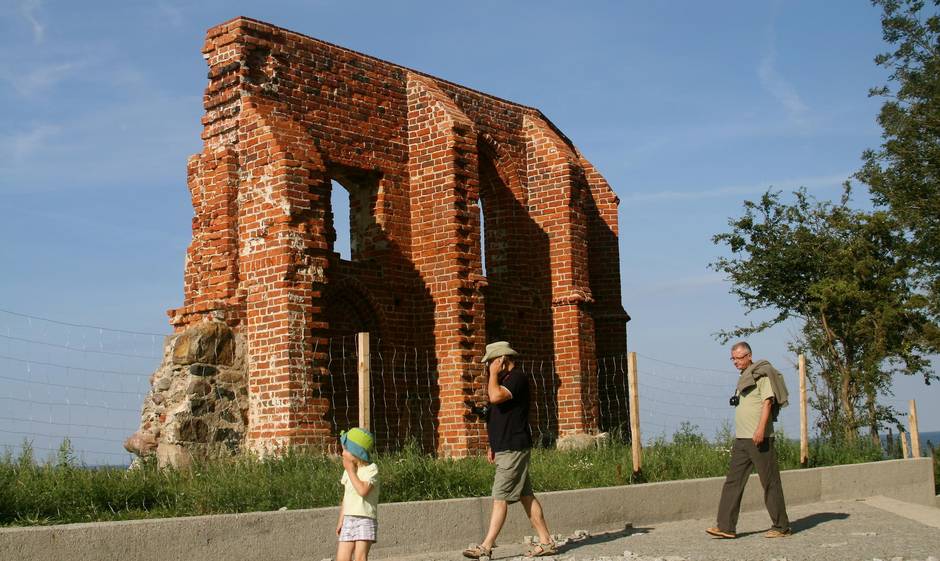 Tenth-century church ruins are the highlight of a trip to Trzesacz. (Photo by Marta Balcewicz)

Then there’s the food. Fish is extremely fresh and extremely cheap. Polish dishes familiar to Canadians, such as perogy and borscht (barszcz in Polish), somehow taste better when eaten in their native land and seasoned with the sea air. One Polish word all visitors need to learn is gofry, a sweet favourite of ice cream served on a waffle topped with berries and whipped cream. But the most delicious – and strangest – meal I had on the coast was in Lukecin, at a roadside stand where active members of the Polish army serve hearty and fantastically inexpensive portions of grochowka wojskowa (literally “military split pea soup”). The dining atmosphere, with steam rising from a mobile military cooker and improvised benches under camouflage netting, is not to be missed.

Such are the bizarre and unknown pleasures of the Polish Baltic. If you’re looking for gratuitous, luxurious, hedonistic summer fun, your global options are almost limitless. But if you like some shadow mixed in with your sunshine, some history to provide ballast to your floating lounge chair, the small towns of the Polish coast provide an experience like no other. 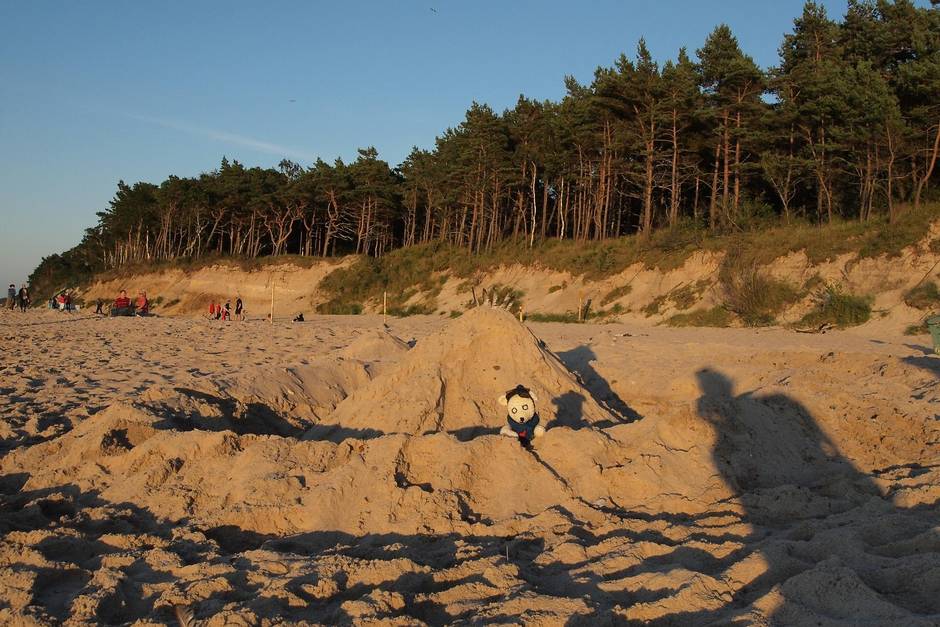 Contrary to expectations, the beaches in Poland aren't rocky or grey but soft and white. (Photo by Marta Balcewicz)

The air is warm in the Polish Baltic from May onward, but the water only really heats up in July. The seaside is full of Polish and German tourists in July and August, when hotel prices rise and rooms become scarce. Early September is an ideal time to visit: warm, quiet and extremely affordable.

English is the third language in these regions, behind Polish and German. Most younger Poles speak good English and are eager to practise their skills. Canadians will find themselves warmly received, partly because nearly everyone seems to have a relative or two in the Great White North.

There are no direct flights from Canada to the Polish Baltic. Air Canada offers flights to Gdansk (just south of Sopot) via Warsaw. Those heading to the resort towns of northwest Poland will want to fly into Berlin and make the two-hour drive.

Rewal makes a convenient base for exploring Trzesacz and Niechorze. Kasia Holiday Resort (wdq.home.pl/kasia) offers charmingly basic seaside cottages for $650 a week in high season. Rates drop to $300 in September.

Nestled right in the woods in Lukecin, a minute’s walk from the beach, the Wrzos Resort (owwrzos.ta.pl) is an Eastern Bloc throwback with a heart of gold. Rooms are spartan and facilities are ancient, but all is clean and cheerful. Rooms from $40, including meals.

If you want luxury, you’ll have to head for Sopot, where the historic Sofitel Grand Sopot (sofitel.com) is a dead ringer for the Grand Budapest Hotel, only set on a white sandy beach. Rooms start at $270 a night during high season.