While checking in at the train station in Lorton, Va., I caught the faintest whiff of the grandeur of train travel. The desk clerk had just asked if she could make a reservation for me in the dining car. I smiled and watched other passengers milling around. A woman dressed as an elf walked by, trailed by two college kids wearing Penn State sweatshirts. Okay, so it wasn't a station filled with ladies in hats bidding adieu to soldiers, but at least there would be dinner.

I like to think that travel to one's destination is part of the adventure. Unfortunately, when you're travelling from cold northern locales to Florida, adventure usually comes in the form of overbooked airlines or a McDonald's appearing at just the right moment on I-95. But there's a third, less-travelled route to the Florida beaches: the Auto Train.

The only train of its kind in the United States, passengers load their cars onto the Auto Train in Virginia, and then drive off the next morning 1,376 kilometres away in Florida. Last year was the train's busiest since service began in 1971, with 274,000 passengers bedding down for the night. This past winter I decided to book passage for my family, partially so I could use the phrase "book passage" and partially because it sounded like a fun way to road trip to Florida from our home in New York. So when the desk clerk asked me about dinner, my heart sung with adventure. And when she told me the only reservation left was at 4:30 p.m., I thought, oh right, it's Amtrak, not the Orient Express.

The Auto Train is a continuous series of these moments: the thrill of the rails followed by the reality of modern train travel. As we boarded the train, a smartly dressed porter checked our tickets and showed us to our berth, which had a couch, a little table with two chairs and spaces for securing luggage. Then I discovered the shared bathroom, which, despite the presence of a shower, was nearly identical in both size and smell to every other train bathroom.

As we pulled out of the station and sped through the Virginia countryside, we entered a world out of time. Cell service is spotty and WiFi is limited to usage in the lounge car by a lucky handful of people who get there first; on a train with 600 passengers, this means analog entertainment for all. In our berth we cracked open books, then played a few hands of crazy eights.

With the sun still high in the sky, an announcement told us dinner was ready. We sat down at a tablecloth-covered booth and a waitress took our orders. If you're into kale, the Auto Train menu isn't for you. But if you've ever wondered what dinner was like circa 1953, you've found your home.

"Jell-O, Jell-O, Jell-O and not Jell-O," the waitress said as she set down our desserts. The not-Jell-O was cheesecake that had possibly been made using a recipe on the back of the Jell-O box. We all dug in and watched Virginia fade into North Carolina; the sun had started to set, and our glasses clinked pleasantly as we rattled through fields, parking lots and bus yards.

After dinner it was time for a screening of the 1944 film Meet Me in St. Louis in the lounge car. We swayed and stumbled our way to the lounge, and found most passengers ignoring the movie and playing games. Next to us a family of four sat happily stabbing at little plastic fish on a rotating board. We opened up a Boggle set and basked in the feeling of being entirely present, with nothing to do but find four-letter words and ride the rails.

Around 9 p.m., we wobbled back through the train, passing by berths with doors flung open, revealing passengers in pyjamas and robes: a giant mobile slumber party. People waved as we passed; we were all in this together.

Back in our berth, our porter had transformed our room. The table, chairs and couch had become two beds. Two more beds hung from the ceiling. Bed is perhaps overstating it – there were sleeping areas whose size made me thankful that my kids are not only young, but also short. We all climbed in together and said goodnight like they used to do on TV's The Waltons. And then some of us were promptly rocked to sleep by the train's swaying, and others were kept awake all night by the clacking of the rails.

A bright winter sun woke us early. And when I looked out the window, I saw trees shrouded in Spanish moss.

After a surprisingly refreshing shower in the bathroom closet and a quick breakfast, we stepped off the train and made our way through the Sanford, Fla., station. We'd gone to sleep on the train in the midst of dreary winter weather and woken up to warm sunshine. And now we lifted our faces to the sun as we waited for our car to be driven off the train.

At long last, our SUV arrived, filled with the detritus of the road – portable DVD players, empty coffee cups, crumpled potato chip bags. It was exactly as we'd left it. We hopped in, buckled our seat belts and continued our road trip into the Florida sunshine. While the Auto Train hadn't saved us time or money, it would turn out to be one of the most memorable parts of our winter vacation. Snorkelling and playing in the sand – you can do that in any warm locale. But Jell-O, sleeping cars and 15 hours without WiFi – those are memories that are much harder to come by.

The Auto Train departs daily from both Lorton, Va., (near Washington) and Sanford, Fla., (near Orlando). To make a reservation, call 877-SKIP-I-95, or go online at Amtrak.com. Ticket prices vary greatly based on the time of year, but generally start at $108 (U.S.) for a coach seat, and range from $250 to $500 for a sleeper. Cars cost an additional $194, and motorcycles are $138. All meals are included. 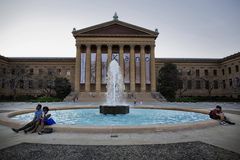 Take your own wheels on a West Coast cycling trip
April 6, 2012 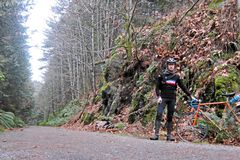 Can we visit Vancouver, then go by rail to San Francisco without breaking the bank?
July 13, 2012 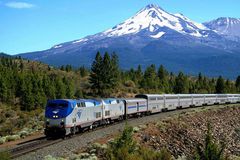