Ringling Bros. and Barnum & Bailey Circus, drawn to Florida's Gulf of Mexico coastline for the same reasons as snowbirds are today, opened its winter quarters in Sarasota in 1927. Since then, the city has become the epicentre of U.S. circus activities and home to famous families such as the Jacobs, Concellos, Bradnas, Cristianis and Wallendas.

For brothers Charles Edward Ringling and John Nicholas Ringling, two of the famous seven Ringling brothers, the then-fishing village of Sarasota was the perfect spot for winter homes and investment. As one of the wealthiest Americans of the 1920s, John was reputedly worth $200-million (U.S.) and became Sarasota's largest landowner, at one time controlling 25 per cent of the available property.

John's most visible imprint was the lavish Venetian-inspired winter residence (named Ca d'Zan or House of John) that he had built for him and his wife, Mable.

But this wasn't just a town for the circus folk to lay low, spend their spoils or perfect new routines for the next season in warm surroundings – they were also there to entertain. Ringling's winter quarters were built as a lure for tourists and officially opened on Christmas Day 1927. Visitors could get a sneak preview of circus performers practising, as well as go up close and personal with the menagerie of elephants, lions and tigers.

The winter quarters soon became one of the most popular tourist attractions in Florida and, in 1952, were the backdrop for Hollywood director Cecil B. DeMille's The Greatest Show on Earth. The movie, which starred Charlton Heston as a circus manager, James Stewart as a clown and Betty Hutton as a trapezist, won the Academy Award for best picture.

The winter quarters officially closed in 1959, but the legacy of the big top lives on in Sarasota. Wandering St. Armands Circle, a popular shopping district of boutiques, art galleries and cafés bisected by John Ringling Boulevard, visitors can check out circular bronze plaques that make up the Circus Ring of Fame, which reveals the famous names from this unique segment of the entertainment world.

Started in 1987, the Ring's inductees include all those who have made the circus memorable to so many. Every January, a ceremony honours new inductees who have contributed to circus culture, as nominated by their peers.

Owners, clowns, trainers, equestrians and trapezists have been enshrined – including Lou Jacobs, one of the most recognizable clowns of the 20th century; Mabel Stark, the world's first female tiger trainer; flamboyant master juggler Massimiliano Truzzi; and the king of the big top, Phineas Taylor Barnum, founder of Barnum & Bailey Circus.

The Ringling legacy is alive and well, too. The extensive grounds of the John and Mable Ringling Museum of Art are open daily for tours. Visitors can see the Ca d'Zan, the Bayfront Gardens, the historic Asolo Reportory Theatre, the Museum of Art, the couple's personal collection of art and the Circus Museum, which holds an extensive collection of photographs, posters, costumes, memorabilia, props and artifacts compiled by Ringling's first director, A. Everett Austin Jr.

Several unique displays depict U.S. circus history. For example, there's an 86-square-metre mural based on the circuses of the 1970s and 1980s and the museum's showstopper: a 353-square-metre miniature recreation of the Ringling Bros. and Barnum & Bailey Circus from 1919 through 1938, featuring 44,000 individual pieces depicting a three-ring circus.

But for those who want to relieve a childhood memory and experience the thrill of an actual performance under the big top, there are several local options thanks to the Circus Arts Conservatory, founded by circus aerialists (and husband and wife) Pedro Reis and Dolly Jacobs (daughter of famous clown Lou Jacobs).

Circus Sarasota's winter performance in February will feature high-wire king Nik Wallenda, who is the seventh generation member of the famous Flying Wallendas and best known for tight-roping over Niagara Falls and, more recently, between two Chicago skyscrapers.

Sailor Circus Academy, the oldest U.S. youth circus and celebrating its 65th year of operation, offers after-school programs for youth to learn circus skills such as how to juggle, be a clown, ride a unicycle and fly on the trapeze. In March, the Sailor Circus will present its spring season of performances featuring student participants.

And for those who want to fulfill that secret fantasy of running away to join the circus, at least temporarily, the Circus Arts Conservatory offers year-round community classes for beginners to learn circus skills. In Sarasota, it's never too late to step right up and join the greatest show on earth.

The writer was a guest of Visit Sarasota County. It did not review or endorse this story before publication. 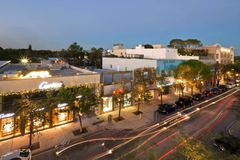