Travel is often a search for the unique on journeys to far-flung destinations: The more different from our own world a place is, the more alluring it becomes.

Few destinations match this profile more than Madagascar, the world’s fourth largest island, which lies 400 kilometres off Africa’s southeast coast. It is considered by some scientists to be the eighth continent because of its ecology, and travellers willing to journey far off the beaten path to reach it will discover flora and fauna – much of it now endangered – found nowhere else on earth.

Take lemurs, for example. Serious contenders for the title of world’s cutest critter, they are as synonymous with Madagascar as beavers are with Canada. Equal parts dog, cat, monkey and comedian, they range in size from some of the world’s smallest primates – the Madame Berthe’s mouse lemur that fits in the palm of your hand – to black-faced sifaka lemurs weighing up to 10 kilograms. 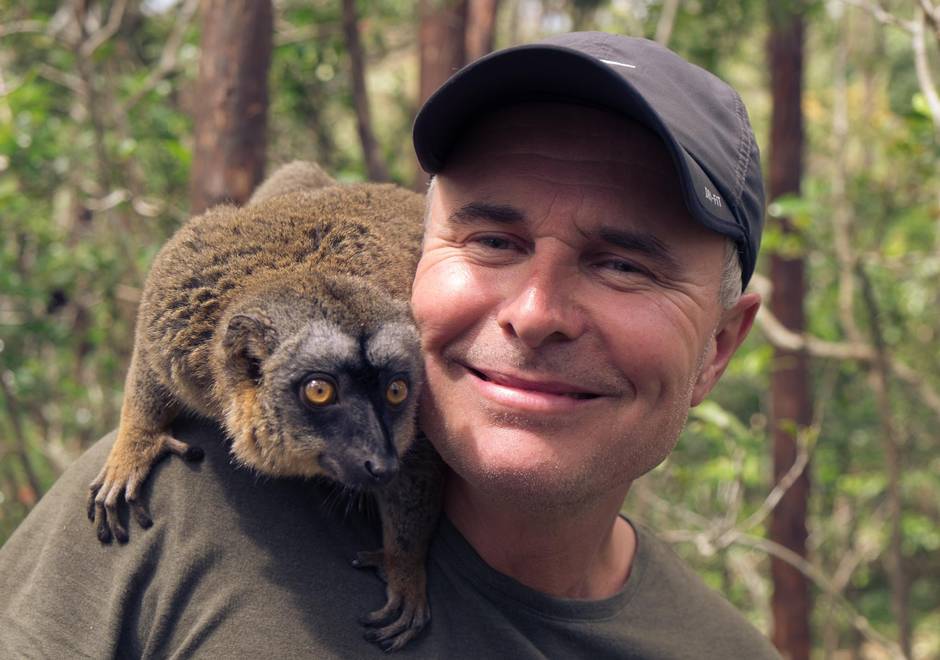 After flying 12 hours south from Paris to the Malagasy capital of Antananarivo, then driving about 150 kilometres east to reach Andasibe-Mantadia National Park, I’m thrilled to encounter my charmingly adorable welcome committee. Curious as George, a group of habituated bamboo, brown and sifaka lemurs nimbly scamper up and down my body, investigating my hair, nose and cap. Then they leap off into the forest on Lemur Island, a tiny reserve set aside for them in this park deep in Madagascar’s highlands.

Among the 14 species of lemurs that call it home, Andasibe-Mantadia is best known for the highly endangered indri lemur. Called babakoto or “man of the forest” in Malagasy, indris are considered to be Madagascar’s most sacred animal. Growing up to a metre tall and covered in a dense coat of black and white fur, they are famous for their whooping territorial mating and alarm call that sounds eerily similar to a whale’s song and can be heard from more than a mile away. It is Madagascar’s signature sound, but it may be silenced forever. Illegal tree harvesting and graphite mining inside the park threaten the indri’s survival. Only around 60 family groups remain, living high up in the treetops.

One morning, a local tracker leads me deep into the park in search of a platoon of indris. Tramping through dense eucalyptus forest covered with moss, ferns, bamboo, tambourissa and more than a hundred species of orchids, we listen intently for their telltale sonic serenade coming from the sun-splintered emerald canopy high above. Soon, we hear a spine-tingling wail and follow it until we locate an indri family urgently alerting one another to our presence. 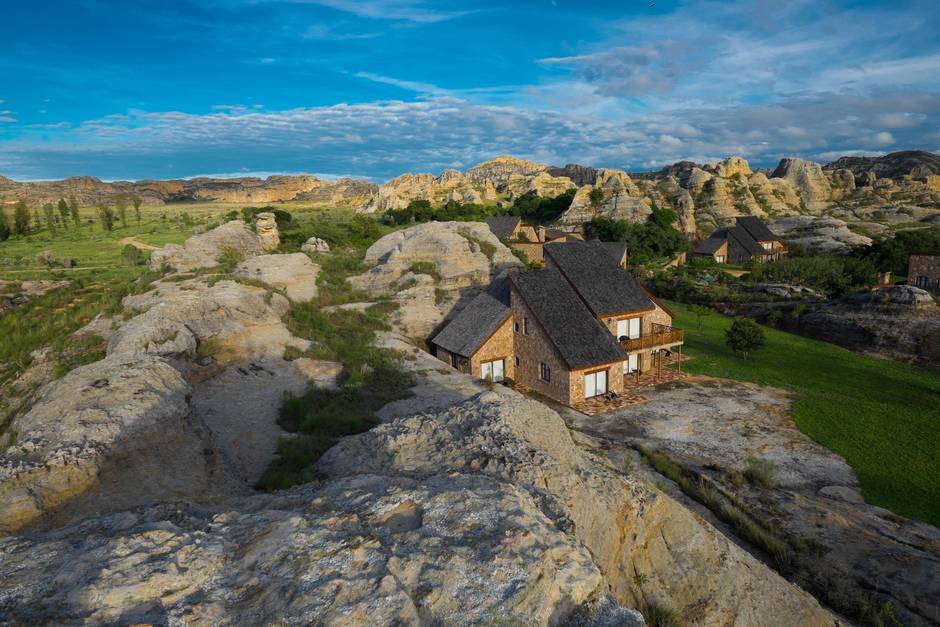 Slinking through the undergrowth, I crouch to snap photos as a pair observe me intently with their saucer-like eyes. It’s easy to see why these creatures have been described as resembling a four-year-old child in a panda suit. They are natural acrobats and are most active just after daybreak. I watch them effortlessly flinging themselves up to 10 metres from branch to branch. As the rising sun begins to pierce the forest, the indri family puts on a show worthy of Cirque du Soleil.

Such shows may become increasingly rare. Lemurs are among Madagascar’s endemic creatures facing possible extinction from habitat loss according to international conservation organizations such as the World Wide Fund for Nature and the United Nations Convention on Biological Diversity.

Encroaching human settlement, traditional slash-and-burn agriculture and the ongoing exploitation of tropical hardwoods have destroyed nearly 90 per cent of the forests that once covered this island. An island that naturalist David Attenborough described as “a place where antique, outmoded forms of life that have long since disappeared from the rest of the world still survive in isolation.” 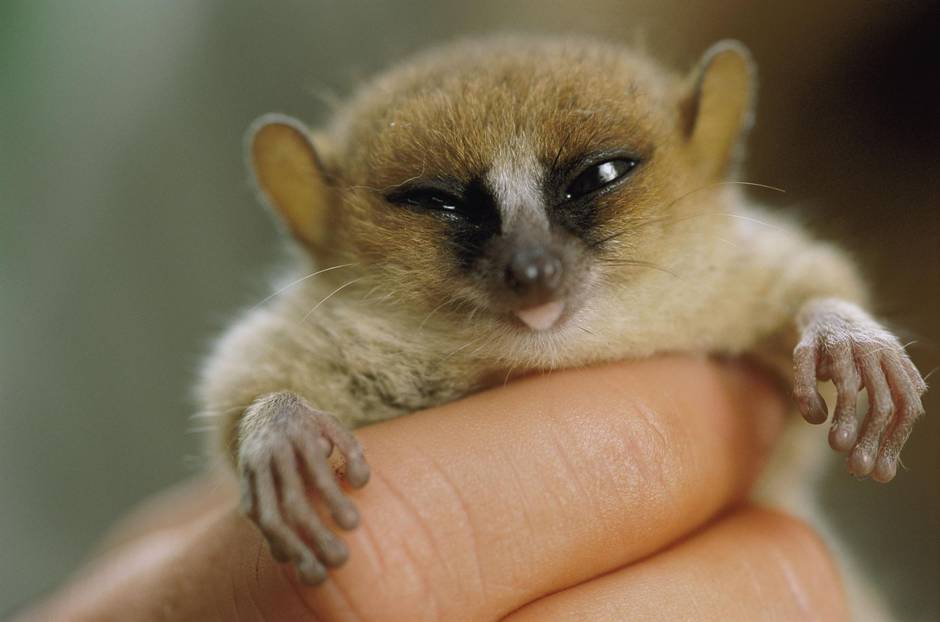 Human-wrought devastation is starkly evident from the window of my two-hour Air Madagascar flight from Antananarivo across this island’s once-forested-now-barren central core to the dusty southwestern port town of Toliara. I am on my way to explore another of Madagascar’s natural treasures, Isalo National Park. It’s a long, four-hour drive from Toliara through semi-arid desert scrubland, a landscape punctuated with thorny Didiera trees, cactus and enormous engorged baobabs.

Isalo’s protected zone has been called a surreal cross between New Mexico’s high desert and Jurassic Park: It rises from a grassy plain to cover more than 800 square kilometres of sandstone massif eroded by wind and water into fantastic ridges known as runiformes, steep gorges, canyons and tiny stalagmite spires. Travel writer Dervla Murphy described this region’s bizarre mix of exotic flora and fauna in her book, Muddling Through in Madagascar, as “nature’s botanical lunatic asylum.”

Setting off the next morning with a park guide, I follow a stream that meanders through Isalo’s spectacular Canyon Namaza. High above us on the surrounding cliffs, sacred Bara tribal burial sites remain off limits to vazaha, the Malagasy word for foreigner. This is prime lemur-spotting terrain, and we occasionally catch fleeting glimpses of elusive ring-tailed and white sifakas playing in the dense foliage lining our route.

Reaching our destination – a pristine waterfall called Cascade des Nymphes – I strip down and dive into its crystal clear collection pool. Luxuriant vegetation and overhanging pandanus trees provide welcome shade from the midday heat. Standing on its sandy bottom, surrounded by riparian forest and the scent of wild orchids, I feel like Adam before the fall.

Although my sense of primordial solitude here is palpable, I am far from alone. 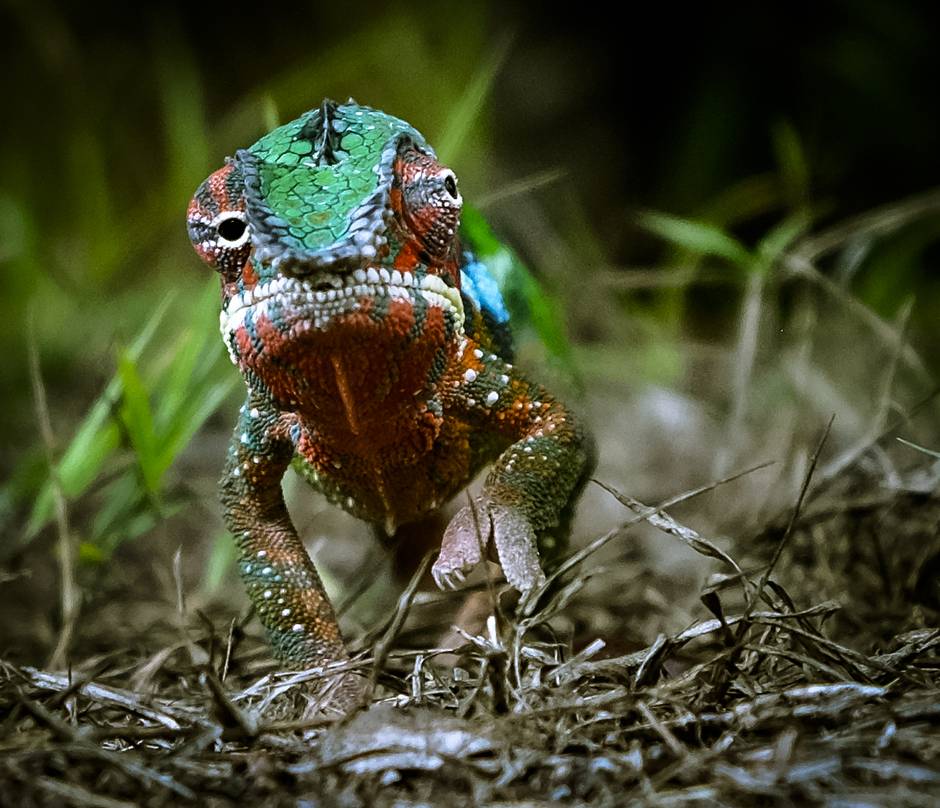 Endemic birds with exotic names such as Benson’s rock-thrush, knob-billed duck and Madagascar crested ibis fly overhead. A stump-tailed chameleon darts across a nearby rock. A green-blue swallow-tail butterfly flutters past my outstretched hand. And just out of sight, nocturnal red-fronted brown lemurs doze high up in the branches of these deep, dark woods.

Floating on my back in this tranquil, palm-lined oasis, I imagine how Madagascar must have appeared to its first settlers two millennia ago – thought to have been Austronesians from Borneo who paddled dugout canoes across thousands of miles of open ocean.

Twenty centuries is a tiny spec of geological time for this land mass that broke off from the supercontinent Gondwana between 120- and 165-million years ago. But sadly, it’s long enough for humankind to have threatened the survival of so many of this vanishing Eden’s inhabitants, including Madagascar’s irresistible, irreplaceable, lovable lemurs. 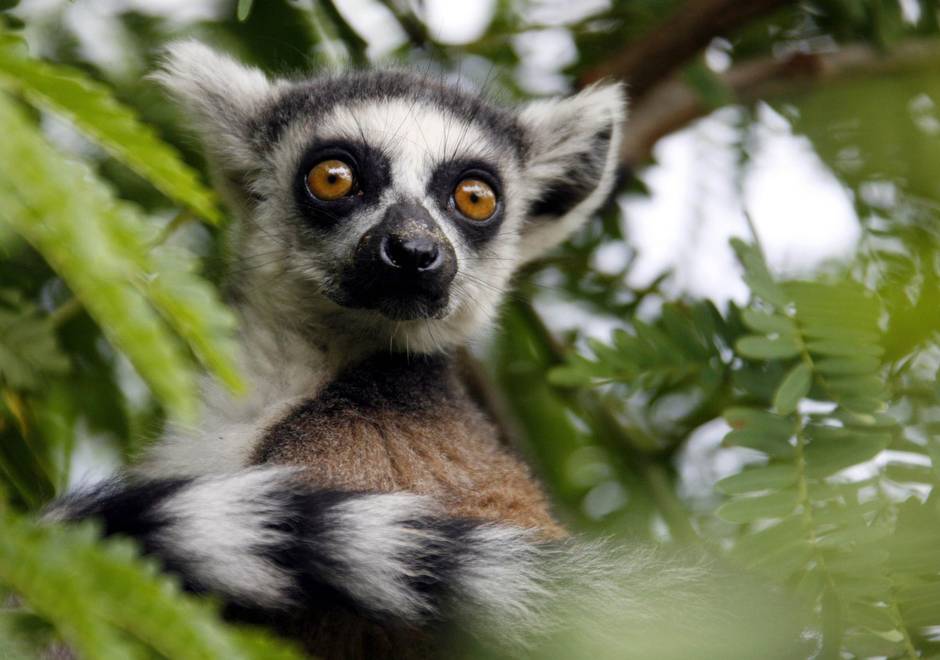 Madagascar is best visited during the dry season between April and December. During the cyclone season from January to March, overland transport can be difficult due to poor road conditions and some accommodation and attractions are closed. July and August are especially busy. French is widely spoken in the larger cities and towns. Air France offers several flights a week from Charles de Gaulle airport to Antananarivo. Another, albeit notoriously unreliable, option is Air Madagascar, which services the country’s main towns from Antananarivo. 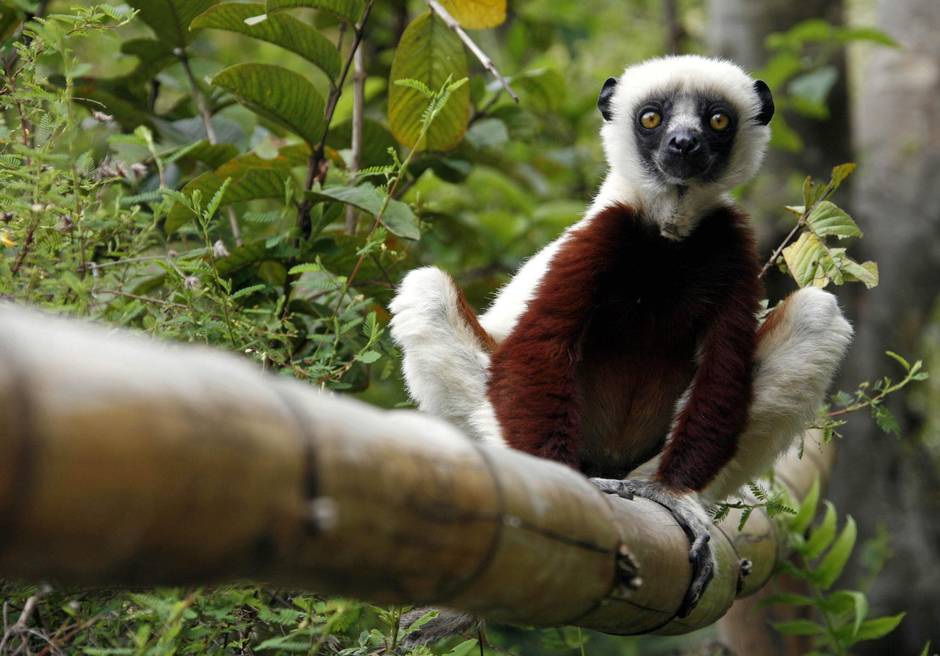 Hotel du Louvre is conveniently located in the centre of Antananarivo. It offers comfortable accommodations, plus an excellent restaurant and spa. hotel-du-louvre.com

The tranquil Les Dunes Ifaty has beachfront villas set within a park an hour up the coast from Tuléar. Coral reef excursions and visits to a nearby baobab forest can be arranged. lesdunesdifaty.com

The writer was a guest of Wilderness Travel. It did not review or approve the story.