The 20th Arrondissement in the east of Paris is famous not for its architecture or museums but for its history. In 1871, residents here were the last to lay down arms during the fall of the Commune de Paris. They fought on between the tombs of Père Lachaise cemetery until holdouts were rounded up and shot against a wall. Even by French standards, the 20th has an unruly reputation.

Today, the neighbourhood maintains a working-class character now softened by a lively arts and music scene that attracts performers from across the city and beyond. Fifteen minutes by subway from the centre of the city, it is dotted with affordable bars and restaurants on sloping streets that look down on the sights of the Seine miles below. And unlike much of the city in summer, the only language you are likely to hear is French.

Locals fret about "les bobos" who began to arrive five years ago but, beyond a sprinkling of new evening establishments, there are few signs that gentrification is here en masse. Nor has the neighbourhood had trouble accommodating its sizable West African community. People here like each other and mix well.

The 20th is sprawling but the best of the action can be found north of Pere Lachaise, on rues Menilmontant and Pyrenes. The right angle between these streets contains a warren of narrow side streets, many of them lined with tasty brasseries and lively bars. For visitors, the district is a great refuge from the tourist throngs, surly waiters and high prices that grip Paris.

This place is not so much a venue but a block-long jumble of galleries, bars, restaurants and show spaces stacked on top of each other amidst foliage. It feels like an overgrown tree house for creative types. Founded eons ago as a co-operative for artists and craftsmen, La Bellevilloise remains the heart of the neighbourhood scene. Though big-time acts from London and elsewhere drop by to play, the gem of the place is a back patio hidden in a canopy of trees overlooking the city.

THEATRE FOR THE PEOPLE

Tucked away on a side street, Théâtre de Ménilmontant has offered performances for well over a century. Today, it stages three or four shows at a time that typically touch on working-class life, politics or the Commune. Offering modest ticket prices and an unpretentious garden in which to mingle before shows, it holds true to its mandate of providing "theatre populaire."

"There was music in the cafés at night and revolution in the air." Bob Dylan was singing about another time and place, but the phrase sums up the La Miroiterie pretty well.. Especially here. La Miroiterie is described locally as a "music-squat" and no one seems to know or care who owns or runs it. A gate spackled with glass and posters opens in the early evening to welcome all-comers to perform. On a recent Sunday night, French hip-hop musicians shared a stage with old American jazz hipsters. Patrons buy cans of beer at a small stand and smoke things freely inside and out. 88 Rue de Menilmontant

Since the small bar opened five years ago, La Feline has been a magnet for the punk and leather crowd. Owner Pat – dapper in tattoos, mutton chops and a pompadour – claims he is recreating legendary New York city night club CBGB. It's hard to tell based on the French Joan Jett cover band or country group that might be playing on any given night. It doesn't quite make sense but it doesn't matter given the prevailing fun. The party often spills into the narrow street and the action continues 100 metres down the road at a plaza packed with more bars.

SEE AND BE SEEN

A favourite joint with the locals, Le Chantefable offers traditional French meals for a reasonable price. Sit in the semi-elegant interior or on the large outdoor terrace for good people watching.

Yes, it's France and, yes, there's good bread everywhere. Still, the congenial, hard-working brother and sister from the neighbourhood who opened L'Atmosphere artisan boulanger five years ago might just have risen to a new level. The croissants and pains au chocolat are amazing and if you get them hot are pretty much indescribable.

AN INFORMAL, ARTSY FREE FOR ALL

A relative newcomer to the area, the quirky Bistro Litteraire Les Cascades offers an unpredictable array of artsy events that range from music lessons to literary readings. Hidden from the main streets, it is popular with a local crowd of mixed ages and colourful clothing. A fun place to read a book and watch cheerful, well-lubricated regulars swap stories and songs.

Famous for its beauty, Père-Lachaise cemetery is also etched deeply into local memory. Fresh flowers are regularly placed at the wall at which the members of the Commune were shot. Away from the wall, the sculptures and boulevards are so elegant, it is easy to forget the place is a cemetery. Oscar Wilde, Edith Piaf, Jim Morrison are among the famous who make their permanent residence here. 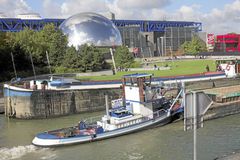 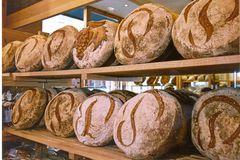 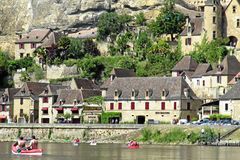