Norway is known for its spectacular landscapes. For campers, however, what really makes it stand out is the accessibility and the exotic opportunities reached with just a bit of exploring. Sitting at the same lattitude as Cambridge Bay, Nunavut, it may seem chilly, but Norway is warmed year-round by the Gulf Stream. But it's not just the climate that makes Norway's High North a fantastic place to camp:

Norway's "right to access" law allows campers to pitch a tent anywhere that isn't private land – and in the High North, that's most of it. As long as you're respectful of farmers, landowners, and the land itself, any uncultivated land is fair game. This makes for finding the best campsite more of a game than a chore.

2. The ground is your air mattress.

Black crowberries, or empetrum nigrum, cover most of the ground in sheltered areas of the High North all around the Arctic. The low bushes can be several inches deep, creating a pillowy layer under your tent. Just watch out for berry stains; some people use the deep blue berries to make dyes but if you sit in a clump, the mark isn't coming out.

3. A history lesson at your feet.

The Kirkenes region was among the most bombed regions of Europe during the Second World War. Like all of Norway, it was occupied by the Nazis, and reminders of their presence – and Russian efforts to remove them – are everywhere. The evidence here is still plain to see because of the sparse ground vegetation and lack of topsoil. While hiking, it's not uncommon to come across craters, foundations and even unexploded shells.

4. Drive through four countries by dinnertime.

Camping, like real estate, is all about location. Norway's High North intersects with parts of Russia, Sweden and Finland, making it a good jumping off point for a driving tour. A visit to Russia requires a border check and a visa, but a quick jaunt into the EU via Sweden or Finland is well within the bounds of a day trip. With the sun high in the sky by 3 a.m. in the summer, it's easy to get energized, too.

Watch for magnificent fjords, Arctic hares and cascading waterfalls, and keep your camera close at hand. Norway's varied landscape presents a thrill and challenge to photographers. Just remember to bring your ultra-wide lens to capture the coastal vistas.

Visit between mid-May and the end of July and you'll definitely want to bring a thermos of coffee to keep you awake long enough to see what the High North looks like by the midnight sun. Conversely, pack flashlights for a trip in December or January for days when the sun never rises. But you'll be in awe as the sky is lit up nearly every night with the aurora borealis.

There are few things more sacred to Norwegians than the location of their favourite cloudberry patch. Talk to any High North resident and they will tell you of the great-great grandparent that discovered the family's cloudberry supply – a secret passed down through the generations and closely guarded from outsiders. Sweeter than a normal wildberry with an orangey-pink hue these berries can be picked wild all over the High North. If you are lucky and scout enough camping spots you may be able to have fresh cloudberries for breakfast. 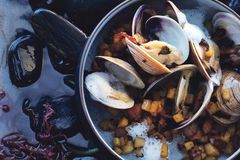 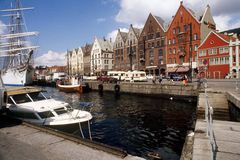