Maybe it's the booze. Or the jet lag. Perhaps it's that travel makes us feel free of our normal societal bounds.

Whatever the reason, it seems a lot of us act like buffoons on the road – whipping off our clothes, carving our names into ancient relics and assuming ridiculous (or, worse, offensive) poses in sacred places – before posting our antics for all to see.

It's not even spring yet, and already the Internet is filled with examples of stupid people doing stupid things away from home in 2015. To recap just a few:

1) Two twentysomething American women could face serious consequences for carving the initials "N" and "J" into a wall at the Colosseum in Rome earlier this month. Not only did they deface one of the great treasures of the world, they had the audacity to take selfies. Kind of hard to disprove yourself in court now, ladies.

2) A Russian woman is in hot water for filming sex scenes at the Great Pyramids.

3) Three French men and two American women have run afoul of authorities in Cambodia for stripping down to take naked photos at Angkor Wat.

For goodness sake, what is the matter with us? Are we really this uncouth, this self-centred that we run must amok around the world? Have we reached a new low in terms of public behaviour?

A couple of academics I spoke with think not, actually.

"It's probably not a trend – but it's a trend we're noticing," said David Dunning, a professor of psychology at Cornell University in New York. "I don't think people are any more stupid than in the past. But it's easier, certainly, to document things.

"… Don't forget tourists in the old days would not so much desecrate but actually steal parts of the Colosseum," he added.

I have seen castles in the south of France with 15th or 16th century graffiti on them, complete with descriptions of young men dropping their trousers. So maybe it is just that we get caught more easily now because we share evidence of our shenanigans, rather than leaving them to the dustbins of unwritten history.

Is there something about travel that brings out this behaviour?

"We do travel to have fun and to relax. I think we lose some of the constraints we usually put on ourselves," Dunning said. We'd be more vigilant if we were around family or friends or people we interact with on a regular basis. We lose some of our inhibitions – or some of our self-restraint – and we don't seem to mind that what might be okay at home is not okay in the culture [we are] in."

That would explain all those survey results revealing that men and women like to take romantic risks when they're on the road. Hey, what you do in the privacy of the Miami Marriott is your business: Acting like a clown while carrying a selfie stick is, I think, something else entirely.

But Professor Ramona Pringle, who teaches at the RTA School of Media at Ryerson University in Toronto, says she does not agree with folks who label selfie fanatics as narcissists.

"I can see that as a first response, and I can see why museums worry about selfie sticks and people damaging things as they rush to take a photo of themselves. But I don't think it's anything new for people to try to say 'I was there.'"

"You can get images of any place in the world on Google or Streetview," she said. "What is different with a selfie is you can make that 'I was there' statement."

Visitors wandering around Versailles or Old Montreal with iPads are merely trying to document and share their experiences, Pringle said – something travellers have done for centuries. And while there is nothing wrong with a bit of personal expression, that doesn't mean we have to aim for the top of the YouTube charts.

"It comes back to awe and wonder, really, to people putting a flag in the ground to prove they were there. We want things to be personal, and I don't think it's all bad."

She's got a point. I was struck by the number of self-portraits I saw at the Van Gogh Museum in Amsterdam last year. One could argue they are not unlike the selfies of his generation. Different tools, same idea.

Jim Byers is a travel journalist who knows the industry inside and out. 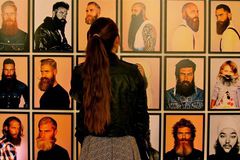 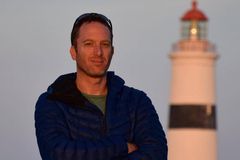 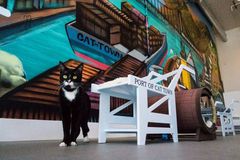