Skip to main content
LISA JACKSON
Vienna
Special to The Globe and Mail
Published May 5, 2016

If the walls of the Grand Ferdinand Hotel could talk, they might have some juicy tales to tell. Vienna’s newest boutique hotel is steeped in history: originally a 19th-century palace, it was bombed in the last days of the Second World War. It was subsequently used as an office building in the 1950s, but rumours swirl that it also housed Austria’s Secret Service headquarters. After sitting vacant for several years, the Weitzer Hotel Group snapped up the property, transforming the redundant office space into an opulent hotel along the Ringstrasse. 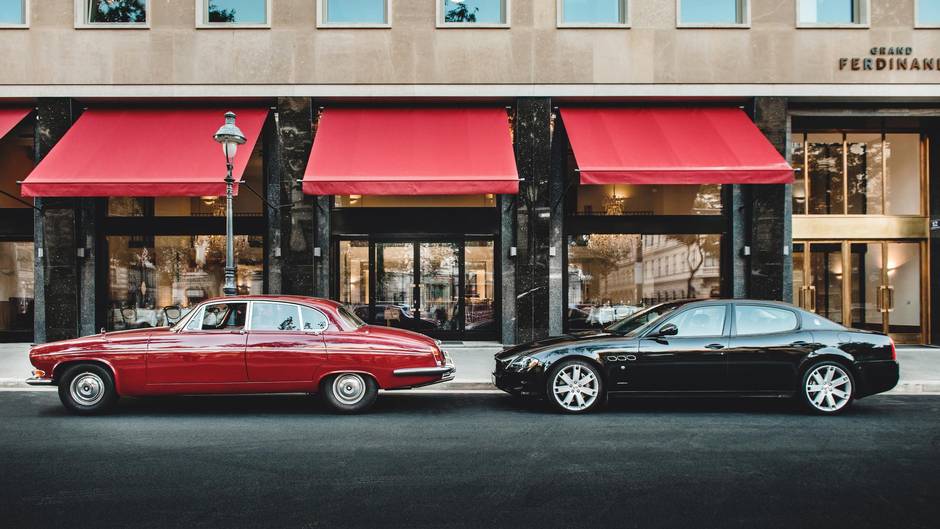 A 1964 Jaguar once owned by Niki Lauda is available for rent. (Koenigshofer)

The hotel is right on the Ringstrasse, the boulevard encircling Vienna’s Old Town and steps from museums, coffeehouses and the Vienna State Opera. A five-minute walk takes you to the leafy green Stadtpark – Vienna’s first public commons built in 1862, where you can join locals picnicking by the statues and sculptures. Here you can snap a selfie beside the golden Johann Strauss memorial, which city officials say is one of the world’s most photographed monuments. 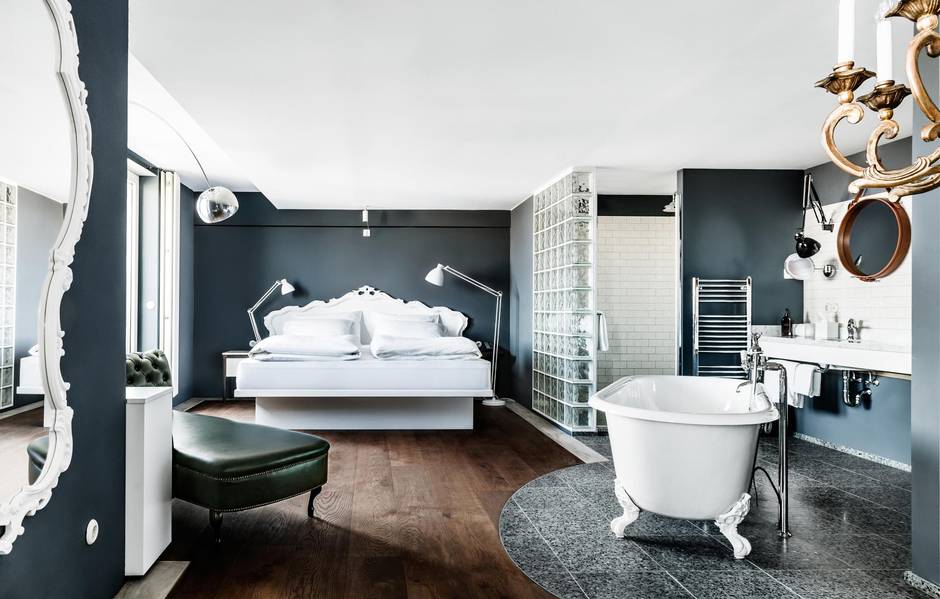 The rooms are all outfitted with elegant items inspired by the imperial era of Emperor Franz Joseph. (Koenigshofer)

Spread out over seven floors, there are 188 rooms with king-size beds, all outfitted with elegant items inspired by the imperial era of Emperor Franz Joseph: sinks set in marble, Thonet-style wooden chairs and knobs that must be turned to switch on the lights. At night, the lobby is illuminated by flickering candlelight and glitzy Lobmeyr chandeliers. Although channelling an antiquated era, the hotel has modern amenities, such as a fitness centre, rooftop pool and a rentable 1964 Jaguar that once belonged to the grandfather of local hero Niki Lauda, the three-time Formula One world champ. 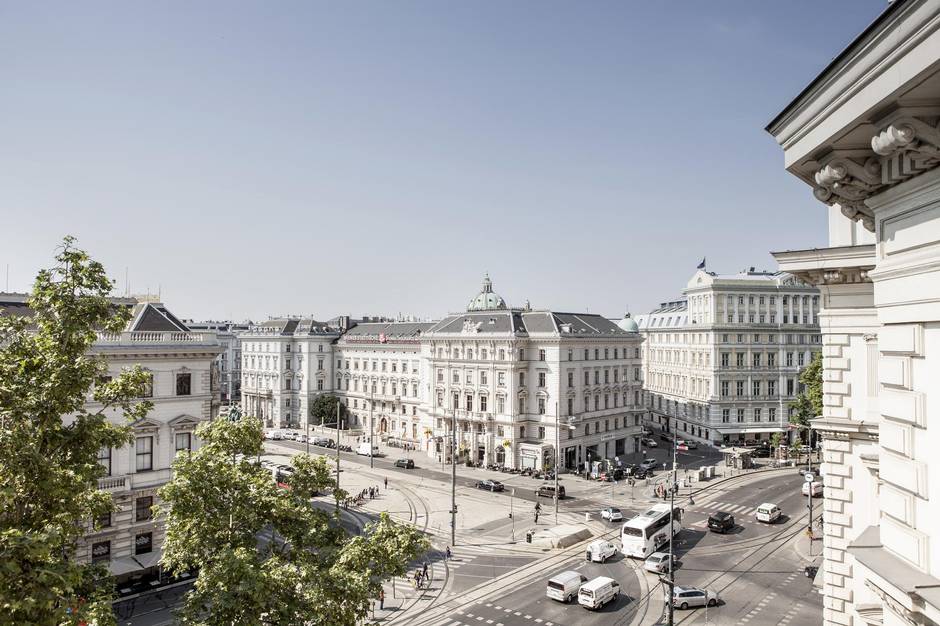 The hotel sits on the Ringstrasse, the boulevard encircling Vienna's Old Town. (Koenigshofer)

A ROOM WITH A VIEW

The suites on the seventh floor offer sweeping vistas of Vienna that extend all the way to the giant Ferris wheel, about three kilometres away in the second district. 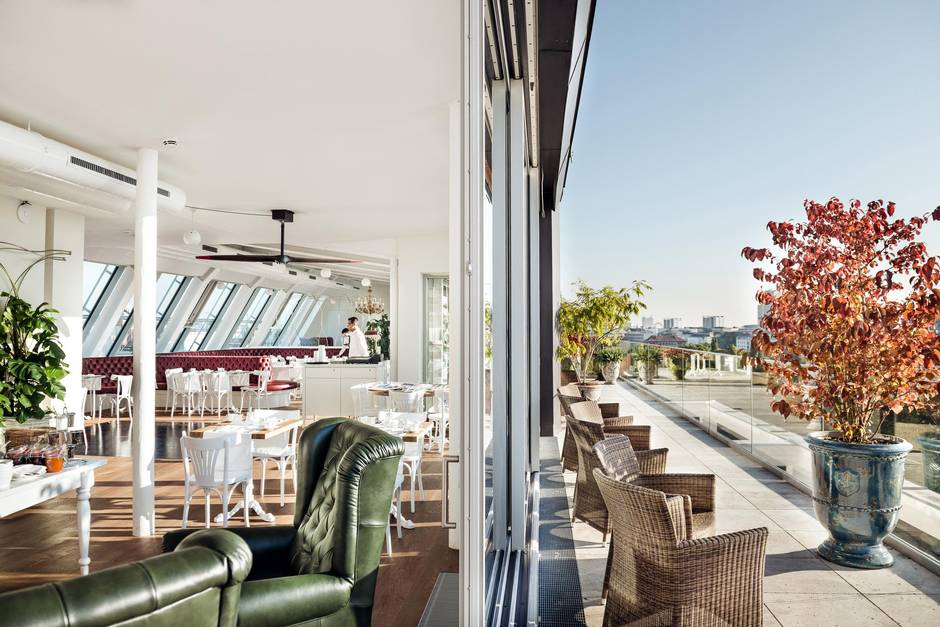 Dine like a Habsburg in one of the three in-house restaurants, all uniquely celebrating Austrian culinary traditions. Back in the day, Vienna was famous for its salons, where guests tongue-wagged about art, culture and current affairs. On the eighth floor, the Grand Étage resurrects this concept, offering a sprawling lounge suited for long meals and conversation running late into the evening as diners overlook Vienna’s rooftops. 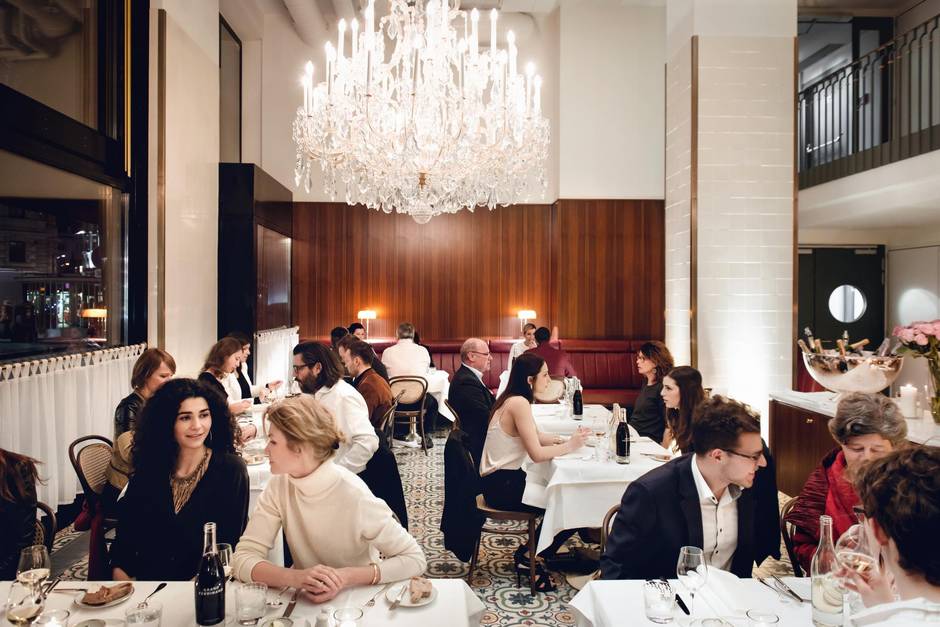 For more refined dining, the main level Grand Ferdinand Restaurant serves traditional Viennese dishes, such as tafelspitz (boiled beef), minced-meat fritters (using an 1814 recipe) and, of course, wiener schnitzel. For something quick, scoot next door to Gulasch & Champagne for Viennese “fast food.” Plates range from leberkase (similar to bologna) to goulash to sausages. 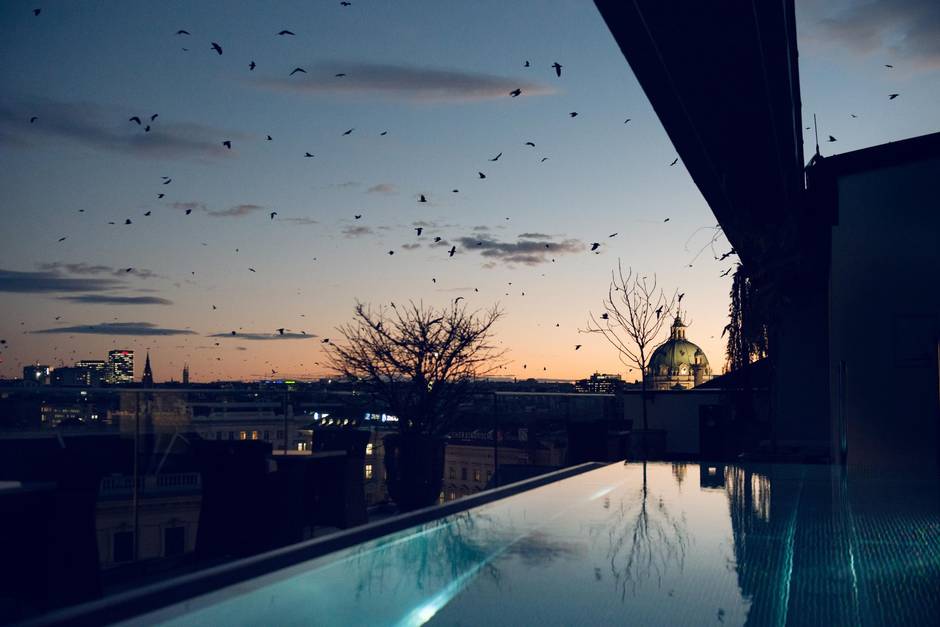 Looking over Vienna at night from the Grand Étage. (Koenigshofer)

Rub elbows at the breakfast buffet with European high-fliers talking business over early morning coffee. But don’t be surprised if you run into a handful of “flashpackers” (backpackers with money) in the lobby. The hotel offers two upscale dorms with mahogany bunkbeds. 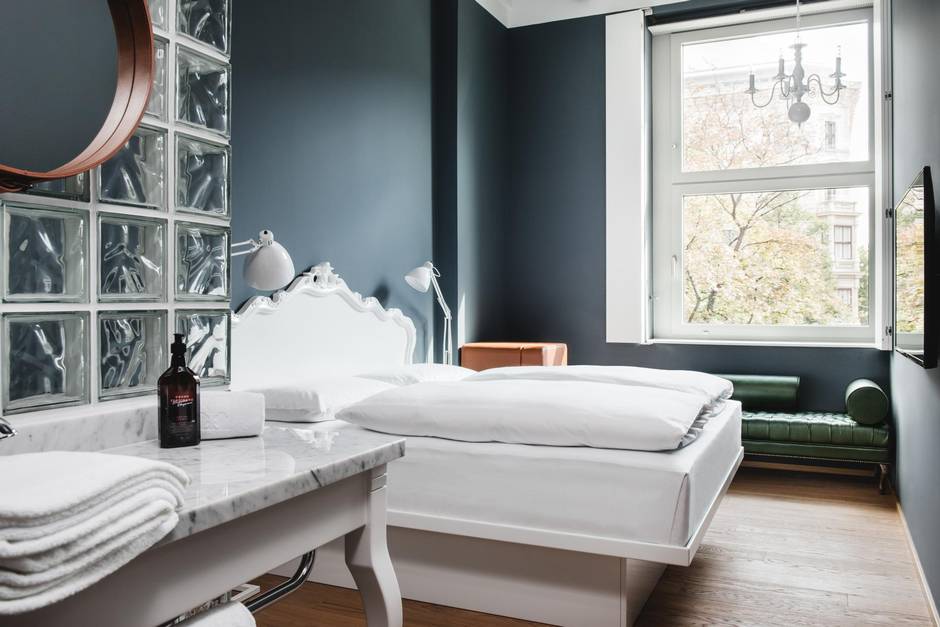 Were there no clocks in the Habsburg household? My room was clockless. A ring down to the front desk let me schedule a personal wake-up call, but digital clocks really are a small but important accessory. 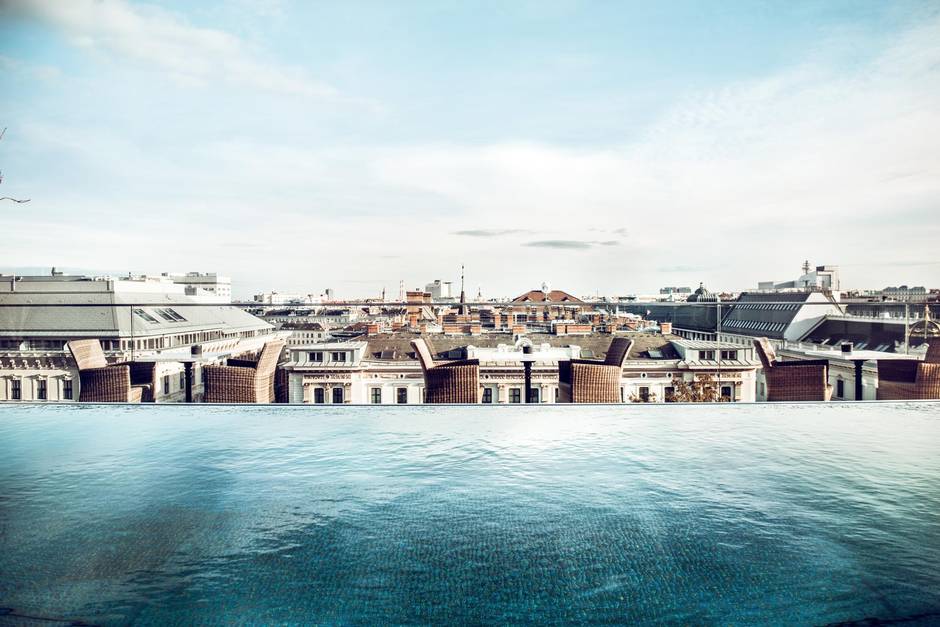 The incredible 360-degree views of Vienna from the rooftop terrace. Order a glass of wine and admire the exquisite 19th-century architecture along the Ringstrasse or soak up the cityscape from the heated rooftop pool. Inside the restaurant, you can spot St. Stephen’s Cathedral’s spire jutting out in the distance.