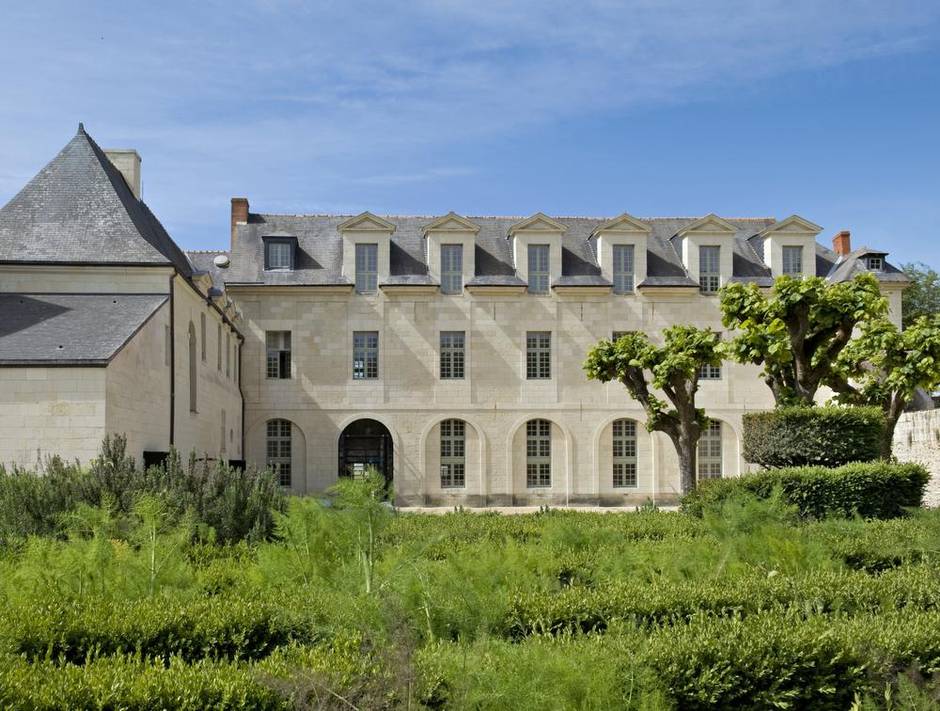 Anyone seeking overnight accommodations in the Loire Valley’s famous châteaux is out of luck. But there’s more to this UNESCO World Heritage Site than pretty castles.

Take Europe’s largest abbey: Founded in 1101, Fontevraud was at one time home to more than a thousand monks and nuns, whose matriarchal order eventually stretched from Portugal to Poland. It all came crashing down in 1792, however, when French revolutionaries ordered the evacuation of all religious residences in the land. The abbey was soon converted into a prison, which earned a brutal reputation before closing in 1963. Two decades later, after extensive restoration work, it reopened as yet another deconsecrated historic monument.

But this wouldn’t be the last of Fontevraud’s transformations. In June, after a $24-million overhaul, the abbey’s former leper ward (of all places) opened as a stylish, ecoconscious and technologically aggressive hotel. 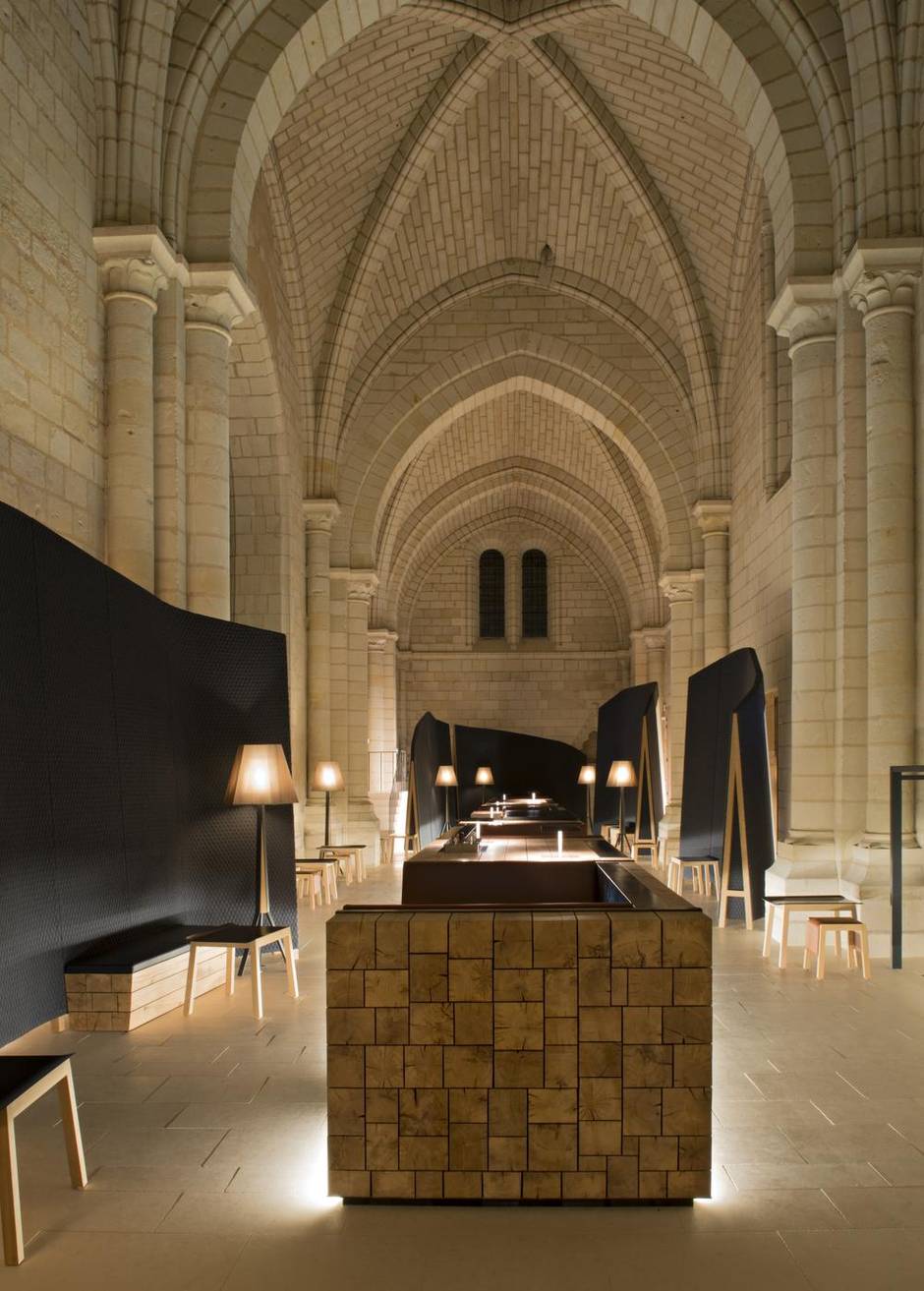 The only remarkable thing about the typically winsome village of Fontevraud-l’Abbaye is its namesake, which fans out from a lovely cobblestone square. Once guests have found the hotel parking lot at the rear of the 14-hectare estate – the signage is tiny and easy to miss – they are whisked to the lobby in golf carts. That 60-second ride is a rousing introduction to the abbey’s sky-scraping spires.

New arrivals are encouraged to relax in the adjacent iBar, a dramatically lit blend of medieval, modern and futuristic sensibilities.

The former chapel’s vaulted ceiling soars over stylish oak banquettes, while padded room dividers line the stone walls to prevent conversation from echoing endlessly. (The monks and nuns took vows of silence, after all.) Here, educational touch screens act as tabletops; swipe a finger across them and prison blueprints replace views of the medieval abbey.

The hotel doesn’t shy away from its lean legacy and it soon becomes clear that this isn’t a typical hotel experience, which may rankle guests who expect air conditioning and plentiful toiletries. The compact rooms are clean and comfortable, with simple furnishings that evoke the abbey’s monastic roots. A staffer admits the expansive stone spaces may get chilly in winter – the complex is heated by a green-roofed, wood-fired power plant – but then points to a row of coat hangers that will carry complimentary cloaks.

The hotel has its quirks – many of which stem from the glitchy iPad communication system – but they are a small price to pay for a unique, memorable stay. That said, did the bathroom door in Room 214 have to squeak so terribly? Vows of silence are all well and good, but couldn’t they apply to hinges, too? 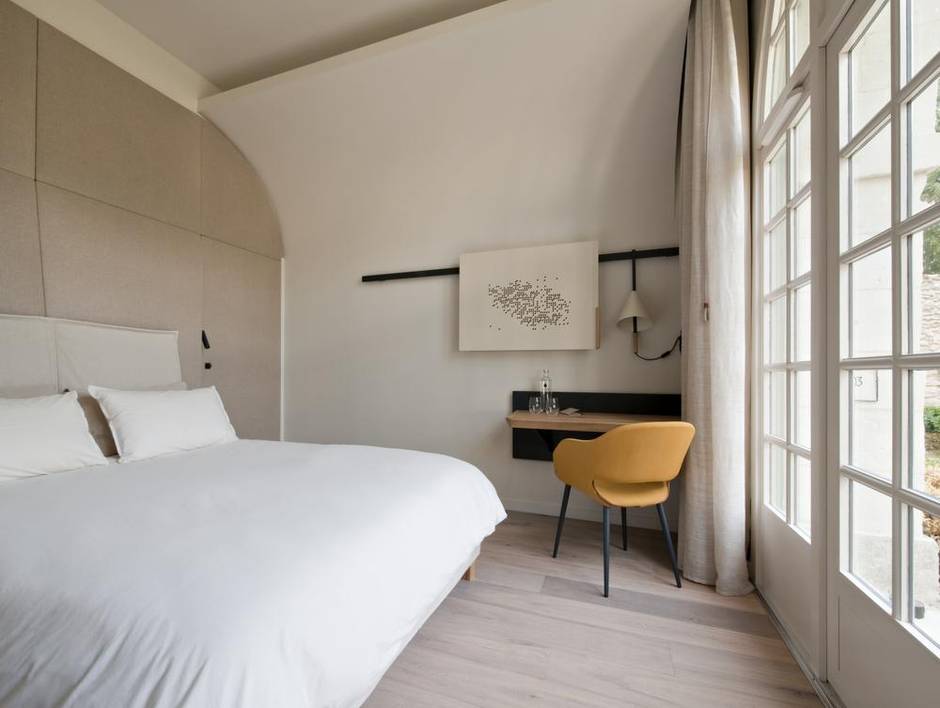 The romance of the Loire Valley lures plenty of couples, but the hotel and abbey also seem popular with families – a separate building houses loft-style family suites that combine upstairs bedrooms with downstairs bunks for the brood.

Free, after-hours access to the stunning abbey buildings must be one of the most incredible hotel perks on Earth. During the day, the ornate cloisters, towering church nave and mural-filled chapter house can be explored alongside the paying public. But on a moonlit night, when the empty abbey is hauntingly illuminated inside and out, it is truly magical. 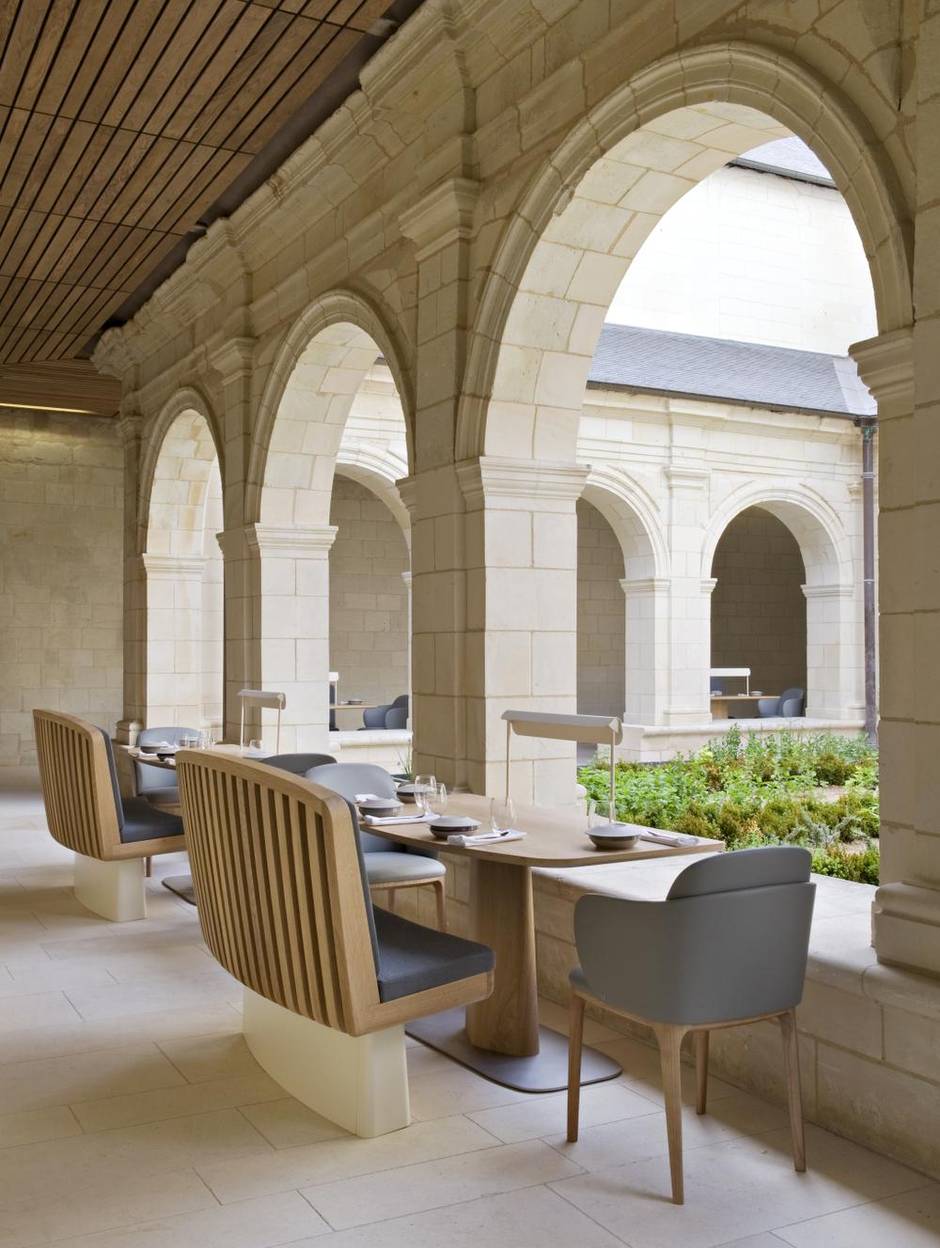 There’s nothing monastic about the in-house restaurant, which wraps beautifully around a tertiary cloister’s herb garden. Head chef Thibaut Ruggeri, winner of the prestigious Bocuse d’Or Award in 2013, has crafted a lavish, locally sourced dinner menu that includes turbot bathed in honey from the abbey’s beehives. And this being France, the 14-variety cheese cart cannot be overlooked. The monks and convicts, you can be sure, never had it this good.

The writer received a reduced rate from the hotel.