Dozens of the world's top chefs have restaurants in Sin City. We ask 10 to dish on their favourite bites.

Best Dish: "We're bringing Beef Wellington to the Strip!" His 20-day dry-cured beef tenderloin is brushed with dijon, topped with a rich mushroom duxelle, and wrapped in an herbed crepe before being encased in buttery puff pastry and baked golden. The pastry shatters under your fork while the beef remains as soft and rosy as a cherub's cheeks.

Bonus Round: Mr. Ramsay says he enjoys the precise tasting menus at his mentor's restaurant, Guy Savoy in Caesars Palace.

Best Dish: Peruvian Ceviche with Ajui Amarilo Chile. "We make it with sustainable fish according to the Monterey Bay Aquarium [Seafood Watch program]," she explains. "It's a little bit spicy, but not too spicy, with ginger and lime and cilantro and extra virgin olive oil. Fabulous!" It was prepared with Hawaiian Ono the evening I had it, and the fresh fish with its nice pepper sting, the smooth avocado and the crunch of plantain chips was as successful a Vegas act as I've seen.

Bonus Round: Burgers at Hubert Keller's Burger Bar. Ms. Feniger says: "I love them all!"

The restaurant: China Poblano in the Cosmopolitan of Las Vegas.

Best Dish: Salt Air Margarita. "It's the most-sold margarita in the history of mankind," the chef deadpans, though at his Washington restaurant the lineup for this drink is out the door. And rightly so: The icy fresh lime and tequila mix topped with a salt-air foam tastes like drinking a perfectly balanced margarita while splashing around in the Caribbean.

Bonus Round: He likes the "astonishing" fresh fish at Canadian success story, Estiatorio Milos, another restaurant in the Cosmopolitan Hotel.

The restaurant: Nobu at Caesars Palace

Best Dish:Sea Bass with Miso Sauce. "I am very proud of this dish," says the chef. "It's about the pureness of flavour." It's already available at his restaurant at the Hard Rock Hotel Vegas, and will be featured in his soon-to-open Nobu Caesars. The miso-sauced fish with its peppery char and silky mushrooms tastes like the future of food.

Bonus Round:When not visiting his 29 other global restaurants, Mr. Matsuhisa enjoys the Spanish tapas at Julian Serrano's at the Aria. (And Mr. Matsuhisa makes this promise about Nobu, his first-ever boutique hotel opening in Vegas in the fall: "The beds will be so comfortable you'll be able to sleep 10 hours.")

The restaurant: Central in Caesars Palace

Best Dish:Fried Chicken with Mashed Potato. "It's the best chicken you will ever eat," proclaims Mr. Richard, as he kisses my hand. It's fried chicken as imagined by a French chef. The chicken is coated in forcemeat (seasoned fatty ground chicken) before being cooked sous-vide, then rolled in breadcrumbs and fried in clarified butter for a mahogany-hued finish. Meanwhile, the mashed potatoes, a 40/60 blend of butter and Yukon Golds, are life affirming.

Bonus Round: Chef Richard likes the chocolate soufflé at Jean-Georges Vongerichten's Prime Steakhouse at the Bellagio. "I should like it," he winks, "I gave him the recipe!"The Toque: Scott Conant

The restaurant: Scarpetta at the Cosmopolitan of Las Vegas

Best Dish: Polenta with Fricassee of Truffled Mushrooms. "There's a lot going on in that dish, and it keeps drawing you in for another spoonful," Mr. Conant says. It's warm and lusty and the deep mushroom flavour is a killer in a combo with the super-creamy polenta. Tip: You can eat this same delectable dish at Scarpetta in Toronto.

Bonus Round: He loves the Australian Wagyu Sirloin at Old Homestead Steakhouse in Caesars Palace: "Best steak I've had in the U.S."

Best Dish: Artichoke Soup with Black Truffle. The Michelin-starred chef didn't miss a beat before giving this soup top billing. Along with the accompanying toasted mushroom brioche with truffle butter, the ultra smooth soup boasts a true truffle punch that lingers on the tongue – and in the memory. Should you choose to spend $68 on a bowl of soup in Vegas, make it this one.

Best Dish: Twice-baked Maytag Cheese Soufflé. "We haven't been able to take it off the menu in 10 years," says the chef, though he does change up the accompanying seasonal garnish. I tried it with a sweet and sour strawberry compote; a beautiful match with the pungent cheese.

The restaurant: Olives at the Bellagio

Best Dish: Beef Carpaccio. "It's a meal, it's something to share, it's just great," he says, his already huge smile becoming downright massive. A hot, crispy brick of fried gorgonzola polenta is hidden beneath a mound of arugula encased by whisper-thin slices of raw beef, dotted with roasted cippolini onions, shavings of Parmesan, and lashings of three different sauces, including a balsamic reduction, scallion cream and garlic aioli. It's hot and cold, sweet and sour, and crunchy too: a show-off of a salad.

Bonus Round: Michael Mina's Lobster Pot Pie. "I think he does a great job with lobster, and that's saying something because I'm from New England."

The restaurant: Fleur, and chef-favourite Burger Bar, both in Mandalay Bay.

Best Dish: Kushi Oysters with Margarita Sorbet and Orange Caviar. "It's a pretty amazing appetizer," Mr. Keller says. The plump oysters are served atop a mini aquarium filled with colourful glass stones, LED lights and fog-producing dry ice. While encapsulating the essence of Vegas, it also happens to be completely tasty with the briny oysters, cool sorbet and molecular fresh orange "caviar" shining through the smoke and mirrors.

Bonus Round: Not wanting to showcase one chef over another, Mr. Keller agonized over the options before declining to answer.

Amy Rosen visited as a guest of the Las Vegas Convention and Visitor's Authority. 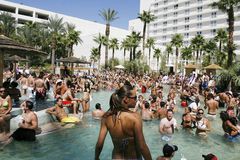 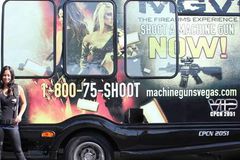