Tripping columns offer readers a chance to share their wild adventures from the road.

Kangaroo Island is extraordinarily beautiful and rugged. Called the Galapagos of Australia, it overflows with hopping wildlife – 70,000 kangaroos, a million wallabies, 11,000 koalas versus only 4,400 humans on an island that is 150 kilometres long and 50 km wide.

I loved the idea of being outnumbered – of wildlife watching me – and before I head over to the island to explore I stocked up on extra camera batteries.

I was barely out of the airport when I saw a Tammar wallaby. Pieces of the cuddly brown creature were scattered like cookie crumbs on the two-lane road. A raven pecked at a curled paw. "Well, that's unfortunate," said Rob, my guide as he navigated the van around bits and pieces.

We drove around a bend to find seven more dead wallabies. It looked as if a giant had tripped and spilled his Halloween goody bag of horrors. Drumming my fingers on my thighs I pondered the circle of life, it's disconcerting when the road resembles a Michael Bay film set. Wallabies, I'm told, sleep in the bush all day and hop out into the green grass at night. They often come to the edge of the road looking for water, or hop across at dusk, which is generally when they get hit. An estimated 100 animals are hit and killed every day throughout Kangaroo Island.

As if on cue, death was upon us again. "Yup, there's another waza," Rob said. Waza, he explained, is local slang for "was once alive."

Already we've seen between 19 and 25 wallabies and not a single one of them was alive. "I'm still confident we're going to find live, warm bodies," Rob said, as if reading my mind.

And we did – way up in the tall sugar gum a.k.a. eucalyptus trees. Koalas were tucked like furry bowling balls in Y-shaped branches near the tree tops. An outstretched arm clutched a branch for balance as each snoozed.

Koalas are a threatened species in Australia, but they're doing well here on Kangaroo Island. I took a few photos and hoped that my luck was changing. On our way to Seal Bay, the home of 1,000 New Zealand sea lions, I spotted two pink-and-grey cockatoos and Rob pointed out a pair of crimson rosella parrots.

Then he shouted out for me to cover my eyes. Too late. Up ahead a raven enthusiastically tugged at wallaby intestines. We drove in silence.

Up close and personal, the kangaroos were a riot of gangly legs, plump tails and sweet faces with enormous brown eyes. There was crunching on grass and the occasional scratching of bellies. One 'roo stood up, leaned back as if to get a clear look at me and then sprang away like a humongous rabbit in a 3-D cartoon. I held my breath – I didn't want any more to bounce away – and waited a few minutes before reaching for my camera.

We were outflanked, at last, and I loved it.Special to The Globe and Mail The Melbourne mystique: Think of it as Australia's Montreal
April 18, 2012 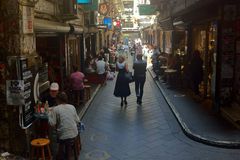 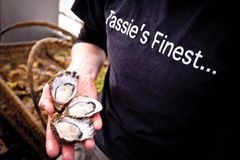