High in the Ore Mountains, tucked into the secure valleys and protected from the cold winds that blow in from Russia, lie the small towns of Saxony that have collectively become known as the Land of Christmas. These towns are instantly familiar - when you conjure a Christmas scene or see one of those decorative little wooden villages, chances are that the model for those buildings came from these streets. The narrow roads, steeply pitched slate roofs with their tall gables and classic German architecture are securely anchored in the Christmas vernacular because of the area's local artisans.

In Seiffen, I toured the Ore Mountains Spielzeugmuseum (Toy Museum) and saw an octagonal wooden church in many forms - as a singular church with carolers in front, as the centre of a village scene, or carved on wooden plaques. Later, I walked up the hill to that very church - the Bergkirche Seiffen - immortalized as the quintessential Christmas church by the town's toy makers. It's a miners' church, built in the baroque style in 1779, simple and almost austere but beautiful. Inside, there are few adornments except for a lustre chandelier from 1670, a 15th-century cross with a figure of Christ, and wall sconces in the form of the traditional figures of the angel and the miner. At Christmas, each window displays wooden chandeliers alight for the celebrations. Despite its simplicity, the church is serene and full of light, something the miners longed for after so many hours underground.

Mining was the economic driver that brought prosperity to the Ore Mountains, known as the Erzgebirge, after rich veins of silver were discovered. Wealth flowed into the area, castles and manor houses were built as fortunes were made, and miners developed their wood-carving skills as a hobby, making toys and Christmas ornaments for their families. When the silver was exhausted and the mines closed, woodworking and toy making became a primary occupation. Although the toy-making industry went into decline during the years of communist rule, it has surged back since German reunification in 1989.

The Seiffener Volkskunst is a small artisanal workshop, one of three such workshops in Seiffen that can be visited. These workshops are famous for the smoking Santa, a whimsical figure whose head can be removed and incense inserted. The burning incense is funnelled through an O-shaped mouth, often with a pipe drooping from it - making Santa appear to be enjoying a good smoke.

Another area specialty is the Schwibbogen, the wooden candle arch with scenes of carolers, churches or the nativity in the middle. During the 18th century, many Erzgebirge miners would hang their pit lamps on the entry holes on the last working shift before Christmas, beginning the tradition of using Schwibbogen arches in Christmas decor. The love for light also led to the angel and miner candlestick figures. In earlier times, wives would stand at the top of the mine shaft holding a light to greet their husbands when they emerged, and to guide them home in the dark The "angel of light" was joined by the figure of the miner to make a charming couple to decorate a mantel at Christmas.

Seiffen is also the home of the famous original Nutcracker, made legendary by The Nutcracker ballet. "The nutcracker was in fact a kind of social commentary," explains Anna-Kathryn Braun, the wife of the organist at the Bergkirche. "They were often dressed as authority figures - the king, the nobility, the policeman, the soldier. These were the people who, in a sense, were crushing the workers. It was satire in wooden form." The traditional Seiffen nutcracker wears a grim look and bares his teeth in a wooden grimace.

The first nutcracker from Erzgebirge was crafted in 1865, and there are some fine examples of the early prototypes in the Spielzeugmuseum in Seiffen.

A visit to the Erzgebirge region during the holiday season is a visit to another time. Almost every town has a bustling Christmas market, or weihnachtsmarkt, selling handmade toys, gingerbread, stollen, warm Gluhwein and Lebkuchen (little cinnamon cakes).

In many restaurants, you can enjoy the Neinerlaa, or the nine things, a traditional meal that is a specialty of the Ore Mountains. It consists of nine courses, each with a special meaning. The lentils in the soup are a symbol of money, while the grilled sausages represent prosperity. Red cabbage and sauerkraut bring health and prosperity, and cranberries and blueberries keep away illness.

Accommodation ranges from simple inns such as the Buntes Haus in Seiffen or the more elegant surroundings of the Hotel Wildermann in Annaberg. Even the simplest hotels in this area are immaculately clean and welcoming, though few of the staff speak English.

If this is your favourite time of the year, a visit to this region of Saxony that celebrates the season all year long will give you that Christmas feeling, even in July.

All I want for Christmas is to sail in the Sea of Cortes
November 26, 2010 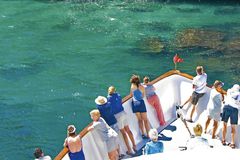 Christmas goodies in Berlin, a designer tree in London, and new hotels
December 18, 2009 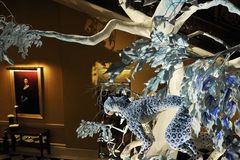 Christmas with my family is more hassle than it's worth
December 14, 2009 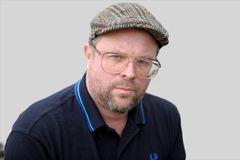