Tell any local that you've just lunched at Golden Fields in Melbourne and you will get the same question: "Did you have the lobster roll?" A toasted and buttered Cantonese-style white bun enfolding poached crawfish (yes, crawfish, not lobster – just roll with it), lashings of Japanese Kewpie mayo and a few sprigs of cress, it has reached Momofuku pork bun-style cult-status in this town. But enough about the roll: There's soft shell crab with fried egg aioli and holy basil to rave about, and Tasmanian Kreglinger sparkling wine with as much depth and complexity as anything from Champagne.

Bubbles at lunch – yes, please. I've left my husband and toddler son in Sydney to reunite with a girlfriend in Melbourne for one sweet weekend of eating, drinking and (best of all?) sleeping past 6 a.m. When I lived in Sydney in the early 2000s, I visited Melbourne every chance I got. Since I'm from Montreal, Melbourne's approachable size and Euro sensibility always felt familiar to me, ditto its dishevelled cafés and dimly lit laneway bars. My pal Victoria is the perfect person to help reacquaint me with the city, epitomizing what I think of as the smart, arty Melbournian renaissance woman: an actor, writer and part-time sausage maker (her boutique wiener-making operation is called the Sausologist).

We've got a room at the Crown Metropol, Melbourne's sprawling, modern Crown casino complex on South Bank, a short walk from all the restaurants and bars in the CBD, or Central Business District. Sitting in the hotel's 28th-floor bar, with views stretching clear across the city to Port Philip Bay, Victoria and I take in the city and review our eating and drinking itinerary. Good thing both of us are food and planning nerds or we'd get on each other's nerves.

Our lunch at Golden Fields, the latest venture from top Melbourne chef Andrew McConnell, sets the tone for the weekend. It's what abbreviation-mad Aussies like to call mod-Asian: mod as in modern, it means the commingling of Asian and Western flavours, ingredients and techniques.

Another chef dabbling in Asian flavours (and Middle Eastern and American, among others) is Daniel Wilson, whose growing empire includes Huxtable, Huxtaburger (its hamburger offshoot across the road), and now brand new Bill's Bar, hidden behind a shiny steel door at the back of Huxtaburger. During my visit, Bill's is still a few weeks shy of opening so we head to Huxtable because, though burgers are supertrendy at the moment, Huxtable is Wilson's flagship eatery, where you can watch the chef work on such creations as jalapeno croquettes or Korean BBQ pork ribs with spicy slaw and chili gherkin.

We sidestep the hulking 1970s leather office chairs for a seat at the bar, with a close view of the minuscule open kitchen. Nibbling lovely soy-cured trout with black vinegar and daikon, and sipping Medhurst rosé from the nearby Yarra Valley, we strike up a conversation with Mr. Wilson. Before I know it, Victoria is holding up her iPhone showing a picture of Sideways star Paul Giamatti. "Anybody ever told you that you look like a more handsome version of him?" she asks, giggling. Mr. Wilson glances up from his plating, a somewhat perplexed smile on his face. "I'm not even sure that's a compliment," I whisper to my tipsy friend, smiling back at Mr. Wilson and wondering if moments like this make chefs second-guess the whole open kitchen thing.

At modern Thai joint Chin Chin on Flinders Lane in the CBD, Victoria is friends with our tattooed waiter, who recommends garlicky, chili and tamarind-flecked crispy sardines with tamarind-heavy nahm prik pla yang sauce. We're lucky to have snagged the last two seats in the place, at the chef's bar, and it's not even 6 p.m. There's a New York-style buzz and energy here with brisk service and bright, Asian-influenced pop art to match. Those who can't bear to wait for a prized seat can now head downstairs to Go Go, a new, industrial-chic basement bar where a condensed, snack-heavy version of Chin Chin's menu is on offer.

Bar Americano wins the prize for smallest laneway hole-in-the-wall (there are exactly three stools) in a town shot through with such establishments. We'd heard good things about this popular new espresso and cocktail bar in a hard-to-find CBD laneway, but are greeted by a scowling, mustachioed barman in a lab coat and a waitress who's friendly enough, but doesn't know what's in any of the cocktails. The drink names are on a board on the wall, but no ingredients are listed. Us: "Sir, pray tell what's in an Airmail or a Blood & Sand so that we may pay $21 for the pleasure of drinking it?" Him: sighs, rolls his eyes, counts off ingredients in a droning monotone. The cocktails are indeed good, but they come in the tiniest antique glassware and therefore go down quick. Ten minutes, two drinks and $40 later, we're back on the street again, feeling slightly disgruntled.

We fare much better the following day at the Attic, the new sister bar to well-known Melbourne cocktail den the Black Pearl in slightly scruffy, artsy Fitzroy. Halfway through our first drink and we've nicknamed our bartender Kevin "Heaven." It's not just that the drinks are good (they are) or that Kevin is being an awfully gracious host (he is). It's also because at this dusky, magic hour, the sun's light is golden and diffuse, making the Attic's old time saloon decor look like a 19th-century sepia-toned photograph come to life. I sip my Savoyard (a white vermouth, gin and génépi liqueur concoction with a rosemary sprig) and Victoria her Flapjacket (an almondy, orange-scented mix of red vermouth and Laphroaig whisky over smoked ice) to the sound of washed out, crackly blues and exchange knowing glances. Like with a fun-loving, slightly elusive and sometimes petulant lover, you can't stay mad at Melbourne for long.

Chin Chin. Arrive early to snag a seat at this popular modern Thai restaurant in historic Flinders Lane, or head downstairs to order off the bar menu at Go Go (the "son-in-law eggs" may be the perfect happy-hour snack). 125 Flinders Lane, Melbourne, 61-3-8663-2000, chinchinrestaurant.com.au

Bar Americano. The hipster factor is off the charts at this tiny, hidden hole-in-the-wall. Too bad drinks are just as tiny and service so indifferent. 20 Presgrave Place, Melbourne, 61-3-9428-0055, baramericano.com

The Attic. Head upstairs from the established Black Pearl cocktail den and ring the bell to get into its new saloon-style sister bar. Inventive signature drinks are served at your table by friendly roaming bartenders. 2nd floor, 304 Brunswick St., Fitzroy, 61-3-9417-0455

Noël Skrzypczak is a Canadian born but Melbourne based visual artist in hot demand.

"My perfect day would start with delicious coffee and cake at Beatrix Café in North Melbourne. Nat, the pastry chef-owner is superpassionate about cakes, like her Elvis cupcakes: banana cake with peanut-butter icing and slivers of bacon. Yum! Next, I'd visit some galleries, like Neon Parc in the city, because it represents me and always has edgy, contemporary stuff, and to the Heide Museum of Modern Art out in Heidelberg because it's beautiful and set on a large, native-Australian bush-garden property. Then I'd wander around the [Central Business District]where there are so many interesting shops, artworks, bars and cafés in small laneways. As for dinner, I'm into cheap and cheerful. I like to have dumplings at Good Luck Tea House on Chapel Street in Prahran before catching something at the Astor, a gorgeous art deco cinema that screens art-house films and has a friendly resident cat. Then the Alderman in East Brunswick for late-night drinks: It's a laid-back, arty bar with a lovely beer garden out back, a fireplace in the winter and some naughty murals in the bathrooms. 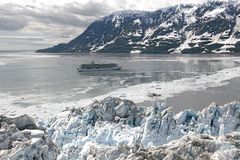 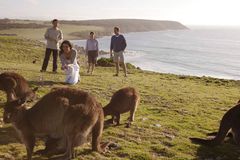