I'm standing on a ledge overlooking the Ramon Crater, the gigantic canyon that gashes through the heart of the Negev desert in Israel. While taking in the breathtaking and otherworldly vista, an expanse of purple, black, red and gold sand drifting between jagged buttes, I find myself eye to eye with a Nubian ibex. The desert-dwelling type of goat has climbed the steep rock up to my lookout point, his posse close behind him. I stare back at the ibex, summing up at least a semblance of fearlessness, until I realize there's only gentleness in his eyes. And I remember ibex don't eat tourist meat anyway.

I feel like if they did, they'd have gone hungry. The Ramon Crater, more properly known as the Makhtesh Ramon, might be one of Israel's most dramatic sights and one of the world's geological wonders but it remains, inexplicably, one of its best kept secrets.

It's tempting to say the last group to descend en masse in these parts were the Nabateans, the Bible-era merchants who carved Petra, Jordan, into their extraordinary pink-stoned capital and brought caravans bearing incense from Arabia through here on route to the port of Gaza, creating the so called Incense Trail.

The crater, 40 kilometres long, nine kilometres wide and about 400 metres deep, is both enigmatic and elemental. It differs from other craters, because, well, it's not really a crater. It wasn't formed by the impact of a meteor or a volcanic eruption, but by a little crack in a rock, pushed ever wider by erosion, through millions of years of rainfall. People continue to call it a crater, I'm told by locals, because no one's found a good enough English word for Makhtesh.

There is excitement and challenge for all levels of adventure traveller, one- and multiple-day treks, climbing and biking trails. Visitors can take guided off-road trips into some of its further nooks and crannies. Recent tourism-growing initiatives also include the option of exploring the Makhtesh atop an alpaca.

But, on my visit, for the most part I felt it was just me, my friend Omri and the ibex.

Omri, who works in the neighbouring town of Mitzpe Ramon, accompanied me on my first hike. Perhaps it was the time of year (late November) but we saw next to no one on our two-hour excursion. I thought I'd at least stumble upon a geology student or two, among those who come to examine the geological strata. Or the odd adrenalin junkie rappelling down the crater wall. But only the occasional white bird sliced through the immense silence.

Following the trail markers, we walked through sandstone hills and colourful rock formations with intriguing and evocative names such as Ramon's Tooth and Camel Hill. At one point along the hike, I thought we were coming toward debris from an abandoned auto parts shop. Was it just the desert playing tricks on my mind, the way deserts do? But Omri tells me this is Ha-Minsara, the Carpentry Shop, a sandstone hill with symmetrical black pipe-shaped prismatic rock lining it and, atop, a heap of exposed sandstone piled up like planks in a carpenter's shop. The phenomenon is the result of heated sand turned liquid when cool.

I did my second hike, the next day, solo. Omri had to work but he gave me a lift to the bottom of the crater in his jeep. (It felt like being dropped off on the moon). I was doing a half-day walk back to Mitzpe Ramon, up and along cliff edges, which proved just the right amount of challenge for me. The surreal environmental sculptures scattered along the way, like a post-apocalypic Venice biennale, were a highlight.

The sleepy town of Mitzpe Ramon has been a bit of a punch line for Israelis, traditionally not more than a pit stop for people driving from Tel Aviv to Eilat, the port playground on the Red Sea. But things have been changing in the past few years, notably with the opening of the Beresheet, a luxury oasis in the desert. The hotel is built atop a cliff on the lip of the crater so that it looks like a mass of rock jutting out on top of the hill, a great wink at desert trompe l'oeil architecture. Still, when I was there, I didn't see many guests actually venture to the crater. Rather, they took in the spectacular views from comfy chaises on the property. But few were those who didn't go out to the Makhtesh at night to stargaze. Then, the crater was crowded – with deafening silence and as many stars in the sky above as grains of sand below us.

What it is: The Makhtesh Roman is the world's largest erosion crater. Hiking, biking off road and other adventure activities are on offer, as is stargazing above the crater, and wildlife spotting. The Makhtesh is a meeting point for animals from the African savannah, Arabian desert and Mediterranean such as wild asses, Nubian ibex, Dorcas gazelles and Arabian leopards.

Where it is: About a two-hour drive south from Tel Aviv, beside the town of Mitzpe Ramon, in the Negev desert.

How to get there: El Al and Air Canada fly directly to Tel Aviv from Toronto. From there, there are trains, buses or car rental options to Mitzpe Ramon.

How to see it: The state-of-the-art Ramon Visitor Center opened on the edge of the crater last March offering interactive displays, information on activities and guided tours, and a large picture window with a great view of the crater itself. . Rangers in the centre will help plan multiday hikes.

Where to stay: Adventure-luxe travellers will want to stay at the Beresheet (isrotelexclusivecollection.com/beresheet/), an architectural marvel on the lip of the crater. More budget-conscious bikers and hikers might like the iBike Active Boutique Hotel (ibike.co.il/en/), both in Mitzpe Ramon. Both hotels can help you organize guides and tours and provide trail maps of the craters. 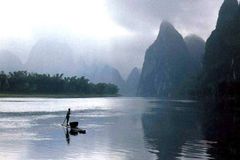 The Philippines’ Chocolate Hills: too perfect to be real
November 1, 2013 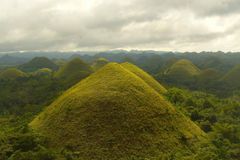 Stand amid an ocean of striped sandstone in Arizona
November 1, 2013 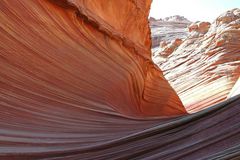