Want to see Europe without all the lineups, money grabs and crowds? Here’s how to enjoy the continent’s best stress-free escapes.

The Leaning Tower of Pisa is one of Italy’s most iconic symbols. Even though it leans slightly less now than it used to (a €30-million restoration project straightened it out slightly, thanks to fears it was headed toward collapse), it continues to tilt – and to fascinate hordes of tourists, three million of whom buy tickets to visit it each year. The tower is stunning in its cockeyed absurdity. But the queues for entrance can be long (you can book tickets online, but at peak times, you might still have to wait to climb the 300 stairs to the top). Plus, securing a ticket in advance costs a hefty €18. 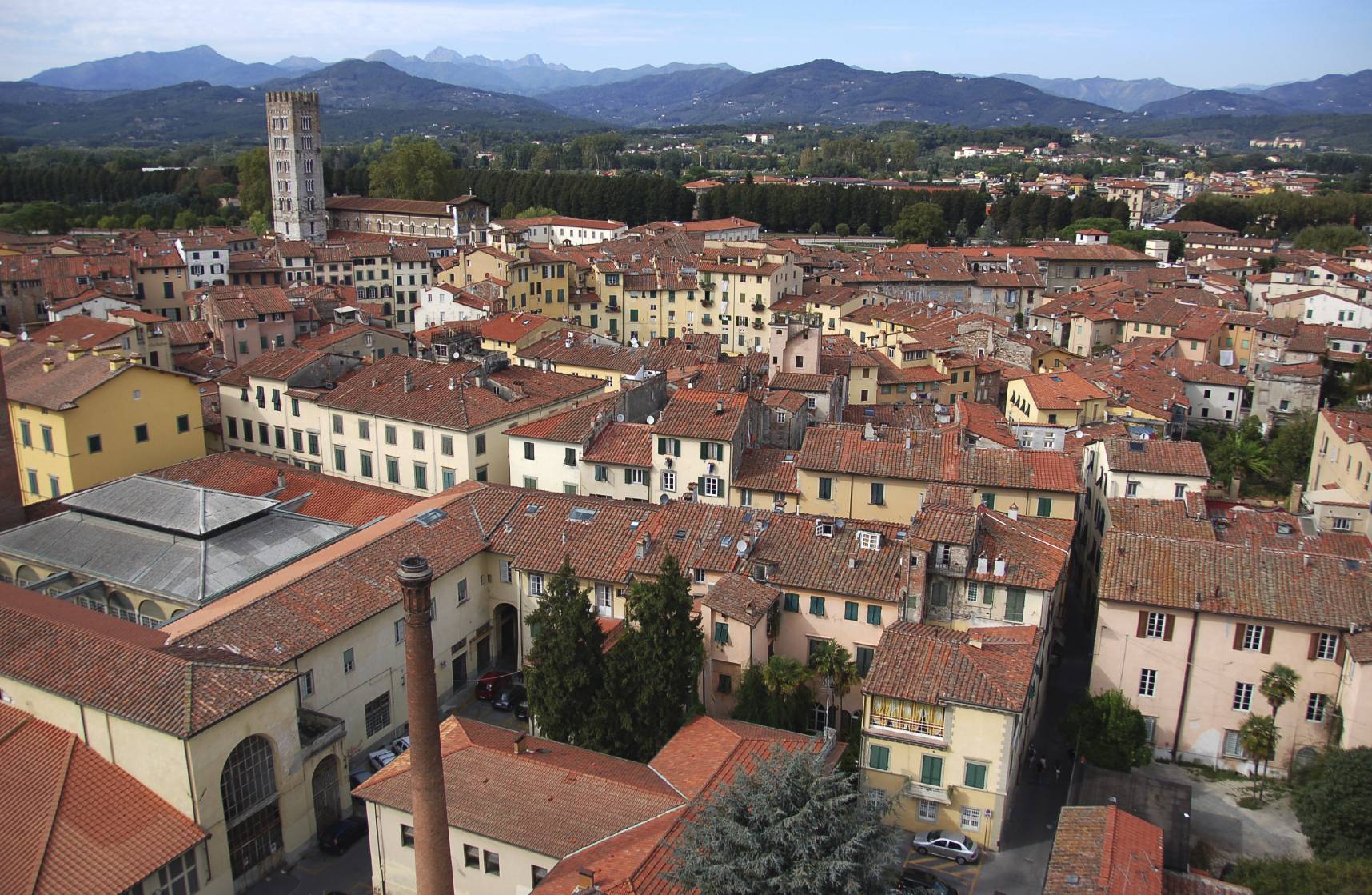 Try … Lucca (and an evening stop in Pisa)

Those looking for a more relaxing day trip from Florence should head to Lucca, a graceful city with ancient, Etruscan origins located just a half-hour train or car ride from Pisa. Lucca has ancient ruins, elegant palaces and churches with Tuscan Gothic architecture that are so elaborate, they look like nothing over-the-top wedding cakes. It’s also the birthplace of Puccini, whose house opened to the public in 2011, making it a must-stop for opera lovers. Instead of walking off lunch with a climb to the top of the Tower of Pisa, stroll Lucca’s city walls: The Renaissance-era fortifications were turned into paths by Napoleon Bonaparte’s sister, who ruled here after his 1805 conquest, and they remain popular for bicycling and strolling today.

After exploring Lucca, head to Pisa, timing your visit for the end of the afternoon: That’s when most of the tour buses will be starting to leave. Climb the tower, if you must, since it’s open as late as 10 p.m. in summer months. Otherwise, take your quintessential pictures as the sun (and crowds) are fading – and then visit Pisa’s four major monuments and museums for the cost of a €9 combined ticket, including the stunning Baptistery.

Instead of … witnessing Mount Vesuvius’s destruction at Pompeii

Pompeii’s back story is spine-chilling: The city was buried in the infamous eruption of 79 AD and rediscovered in the 18th century. Today, it’s one of the most important, and stunning, examples we have of what an ancient Roman city would have looked like, with two-storey buildings, bathhouses, brothels and villas. The downside? At 85 hectares, the site is much vaster than most people expect, and it can be overwhelming.

Not to mention that corruption, fraud and inefficiency have squandered millions of euros meant for the preservation of the site, which was declared to be in a state of emergency in 2008. Signs have faded to be almost illegible, and sections are often closed at the last minute with little notice, thanks to either a collapse or a lack of custodial personnel. Vandalism (a thief took a piece of fresco in March) and even more decay have set in. 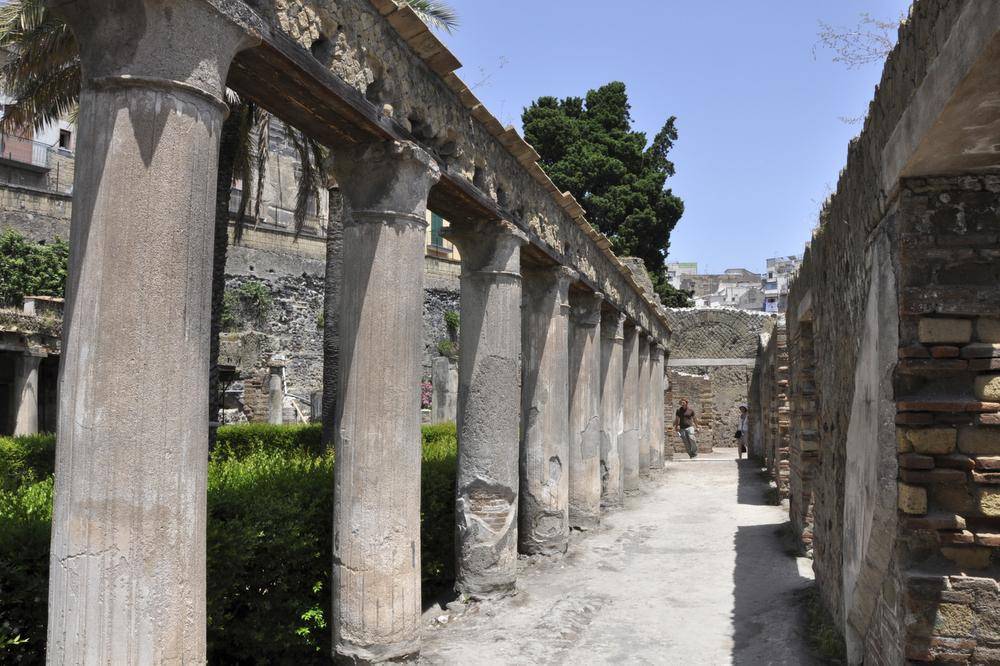 Amanda Ruggeri for The Globe and Mail

Think of Herculaneum as Pompeii’s more pristine, manageable neighbour – the two are actually grouped together on the Unesco World Heritage list, thanks to the sites’ proximity and similarity. Like Pompeii, Herculaneum was devastated, and buried, by the Mt. Vesuvius eruption. Unlike Pompeii, it was a holiday resort, and has not been excavated nearly as much – meaning it’s a smaller, more manageable site to explore (about 9.5 hectares). It’s also in better shape.

One other major difference is what happened to the poor souls who once lived there. The bodies of the people of Pompeii were cemented within a mix of pumice, ash and rain; as their remains decayed, they left behind only cavities – into which archaeologists later poured plaster to create the famous body casts seen at the site today. At Herculaneum, on the other hand, 139 skeletons were preserved, thanks to a beach-front location that gave them a regular fresh water rinsing and steady temperatures. Copies of these skeletons, every bit as eerie as Pompeii’s plaster casts, are on display throughout the site; real ones can be seen at the well-kept museum.

Ah, the Eiffel Tower. Since its construction 125 years ago, it’s been a monument every Parisian loves to hate – but, at least from the numbers, every tourist simply loves. The most-Instagrammed tourist attraction in the world attracts almost seven million visitors a year (more than even Rome’s Colosseum). And yes, the view from the top is great. But lines to get there can be hours long. You can purchase a ticket for the lift for €15 (almost $23 Canadian), online in advance, but they’re often sold out weeks ahead of time and are valid only for that particular time and date. Also, the crowds inside mean that you still can spend a good deal of time lining up and waiting for that perfect shot. Not to mention that the Eiffel Tower isn’t in a particularly interesting neighbourhood. 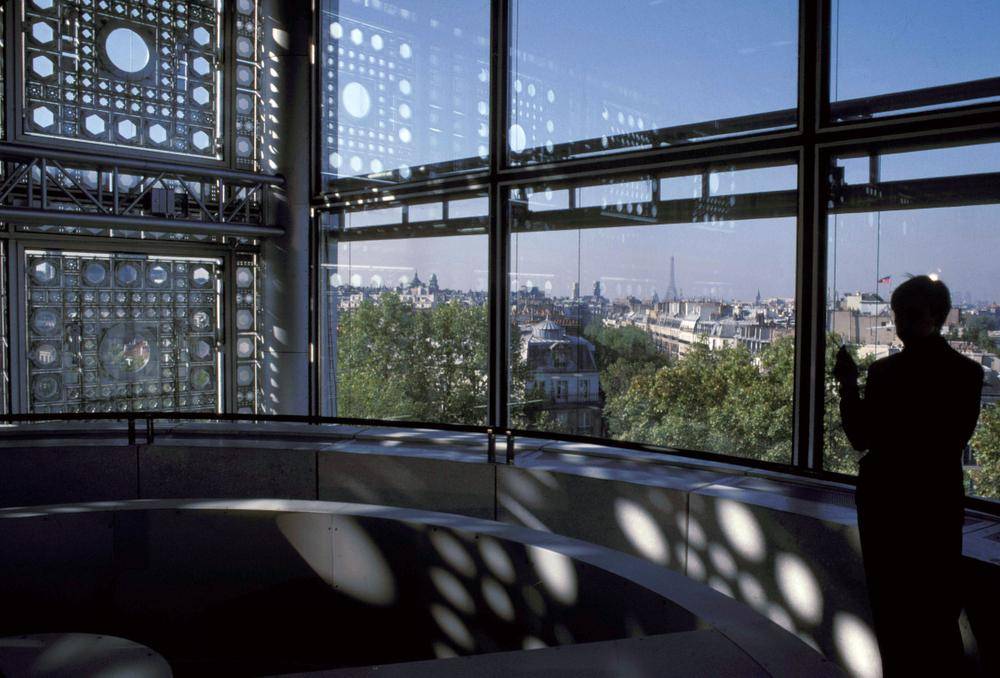 When it comes to the perfect Paris view, the Institut du Monde Arabe (imarabe.org) is the city’s best-kept secret. More central than the Eiffel Tower – it’s on the bank of the Seine, in the 5th arrondissement – some would also call the structure itself more beautiful. The award-winning design by starchitect Jean Nouvel includes a wall with 240 motor-controlled shutters, all of which automatically open or retract to control the light coming into the building, in a nod to Moorish architecture. Inside, the museum has a fascinating collection of Arabic art and design.

But you can also skip all of that (and the museum’s entrance fee) and head to the 9th floor. The view may not be as sweeping as the Eiffel Tower’s, but because of the central location, the panorama takes in Notre-Dame, the Seine and plenty of Parisian rooftops. Or relax at the institute’s Restaurant Le Zyriab – also overlooking the Parisian skyline – where Lebanese katayef served with candied rose leaves costs less than the ticket just to the top of the Eiffel Tower.

Instead of… snacking and shopping at London’s Borough Market

Borough Market is one of London’s finest food spots. It’s also one of the most famous and written-about, meaning that at peak hours, more than just an appetite is required: You need physical strength to edge around others, a great deal of patience to handle the lines, as well as dexterity and balance to devour your goodies while standing, since finding a perch can be all but impossible. Even if you leave with a full tummy, it’s often accompanied by frayed nerves. 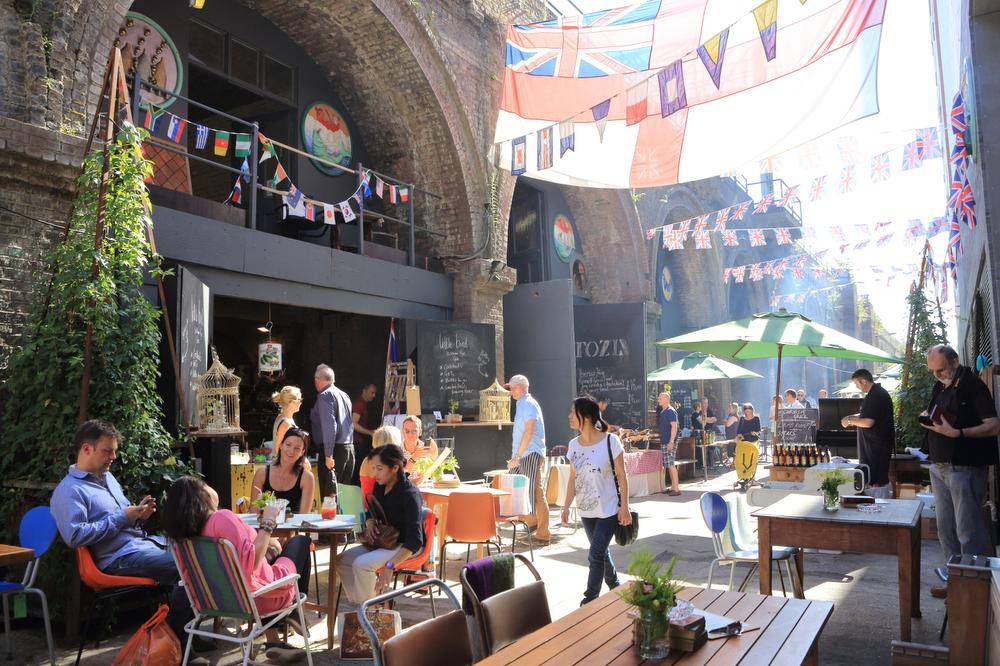 Just around the corner, on Maltby Street, is where the locals go: a little market hidden under the railway arches in Bermondsey. Called the Ropewalk, it has a more indie, less-organized feel than its neighbour, with food artisans ranging from the Woolpack (a nearby pub whose chef relocates to the market each Saturday to sell its locally sourced fare, such as oxtail burgers and black pudding scotch eggs) to Tozino (Spanish goodies such as tortilla de patata and carved-to-order jamon). Vendors change, although some of the original batch from when the market began in 2010 are still there, but regardless of exactly who’s there, you’ll find plenty of mouth-watering options. For the best selection, go Saturday at midday. And the more laid-back atmosphere means plenty of time to chat with the vendors and producers about their wares, not to mention indulge in tastings.

Instead of … seeking out the beach and bars in Mykonos, Greece

The most famous of Greece’s sun-soaked Cycladic islands, Mykonos is renowned for its picture-perfect windmills, white-sand beaches, lively nightlife – and crowds. Its fame (the tiny island has been a top tourist destination since the 1950s) has pushed its prices sky-high, meaning if you’re even lucky enough to find accommodation, it’ll cost you … as will everything else. And while bars and nightclubs buzz at night, it’s often with a young, English-speaking crowd that’s on the island primarily, it seems, to take advantage of the lack of a drinking age. 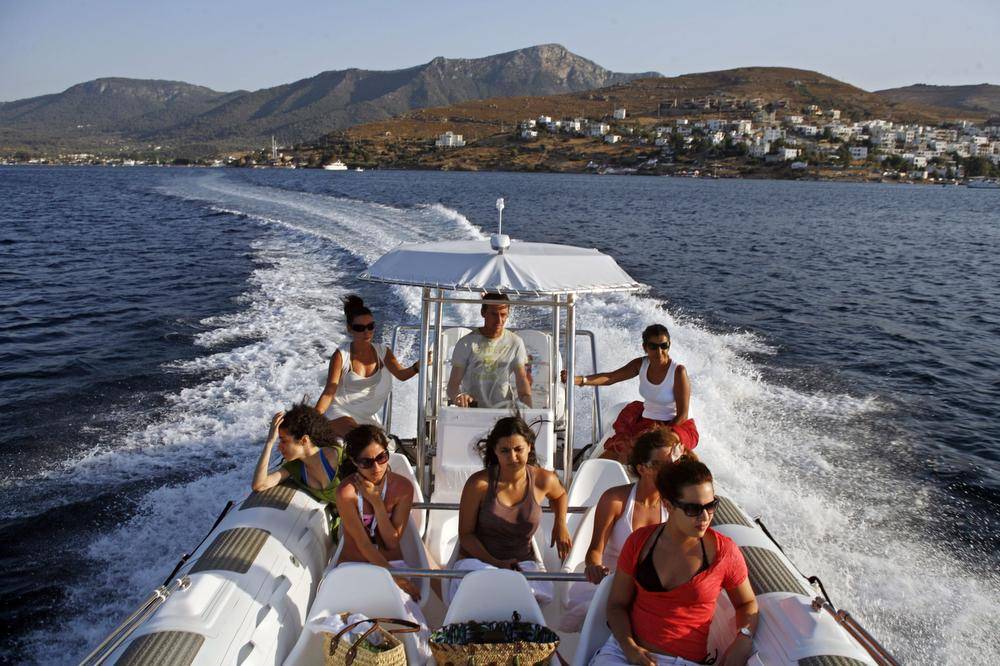 This year, those in the know aren’t heading to Mykonos – or even Croatia. They’re going to Turkey – particularly to the seaside city of Bodrum. As one well-travelled expat told me: “Bodrum replaces the other tired party places in Greece. It’s a bit more well-mannered.” The crowd is chic and international, the restaurants high-end, and the beaches and coves stunning. Also, thanks to both the economic crisis and Bodrum’s relative nascence on the international tourism scene, prices are affordable – plenty of apartments and villas start at $55 a night in mid-July, compared with $160 or more for Mykonos.

Because Bodrum got its start as the ancient Greek city of Halicarnassus in the 4th century BC, it’s also an ideal spot for those hoping to mix some culture and history in with their sunbathing. Must-sees include the ruins of the tomb of Mausolus (one of the seven wonders of the ancient world), a 15th-century castle and the Bodrum Museum of Underwater Archaeology devoted to ancient finds from Mediterranean shipwrecks.