When you first turn into Cassadaga, it looks like any other small town, with bungalows, neat lawns and wide streets. But soon you spot the yard signs offering psychic readings, or informing you that Tammy is home and that she is guided by angels, and you know that this Central Florida community is … different. 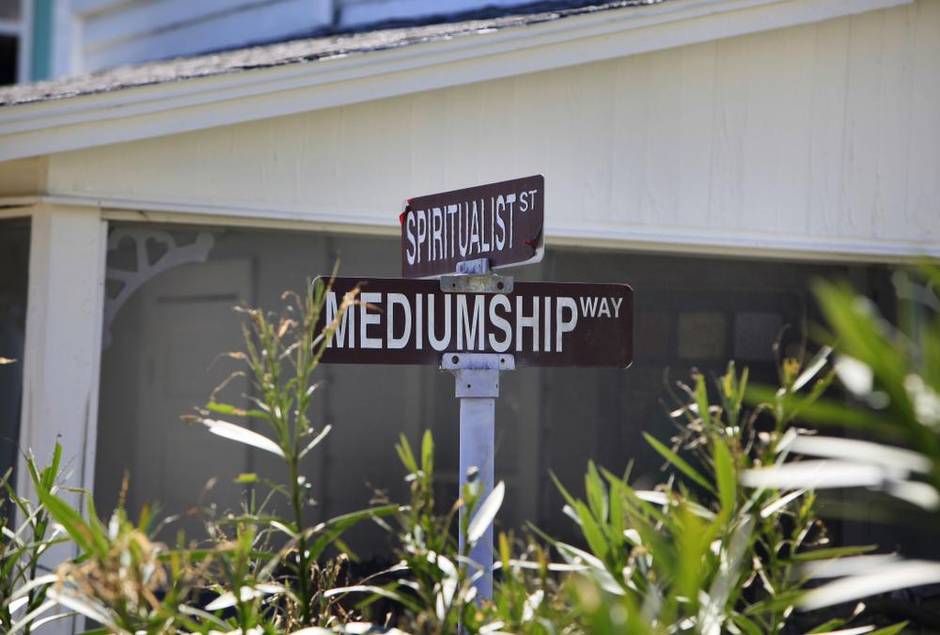 Sometimes referred to as “the psychic capital of the world,” Cassadaga began as a spiritual camp in 1894. Today, its otherworldly charms are recognized as a U.S. Historic District – and still very much on offer.

Even if you don’t believe in angels, or have any interest in photographing your aura (but if you do, someone in town can help with that), the place is fascinating. The bulletin board at the information centre/bookstore is covered in flyers advertising ghost walks, primal therapies and other alternative activities. I paid $75 to have Misty, one of the resident psychics at the historic Cassadega Hotel, tell my fortune. With a voice like the medium in Poltergeist, she read my palm and got some things spookily right, such as the fact I have a creative occupation, and that I was on the fence about having another child. 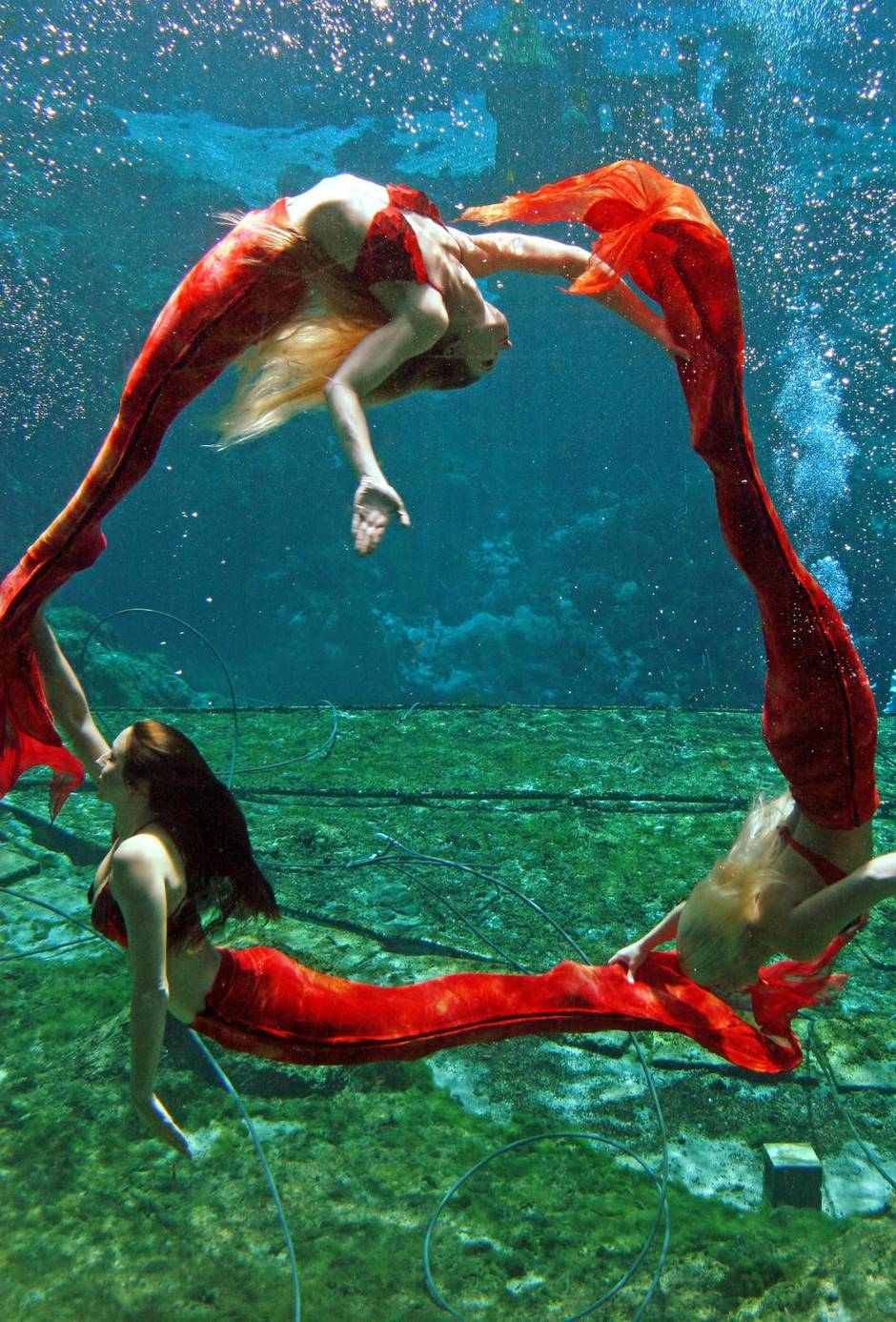 Cassadega was the first stop on a road trip I’d wanted to take for years: one that looks past the theme parks and obvious attractions of Florida in favour of its delightfully eccentric underbelly. Keep to the Orlando hot spots and you’ll never know that the Sunshine State is crazy in the most wonderful ways, filled with spectacularly kooky folks creating fun diversions. Rich in experiences, short on crowded pools, this is the Florida I love.

The most famous offbeat attraction may be Weeki Wachee Springs, a state park that has, since 1947, put on a live underwater “mermaid” show. Our second stop, these kitschy yet beautiful performances feature gorgeous young women dressed in tails and seashell tops swimming around a glass-walled lagoon; discreet rubber hoses pumping out oxygen allow them to stay under for long periods of time. Not surprisingly, my seven-year-old daughter was captivated, and adored getting to meet one of the mermaids, Taylor Kane, after the show. Kane, 18, visited the springs as a six-year-old and instantly knew she wanted to be a mermaid when she grew up. “I love it so much,” she said. “This is the best job.” 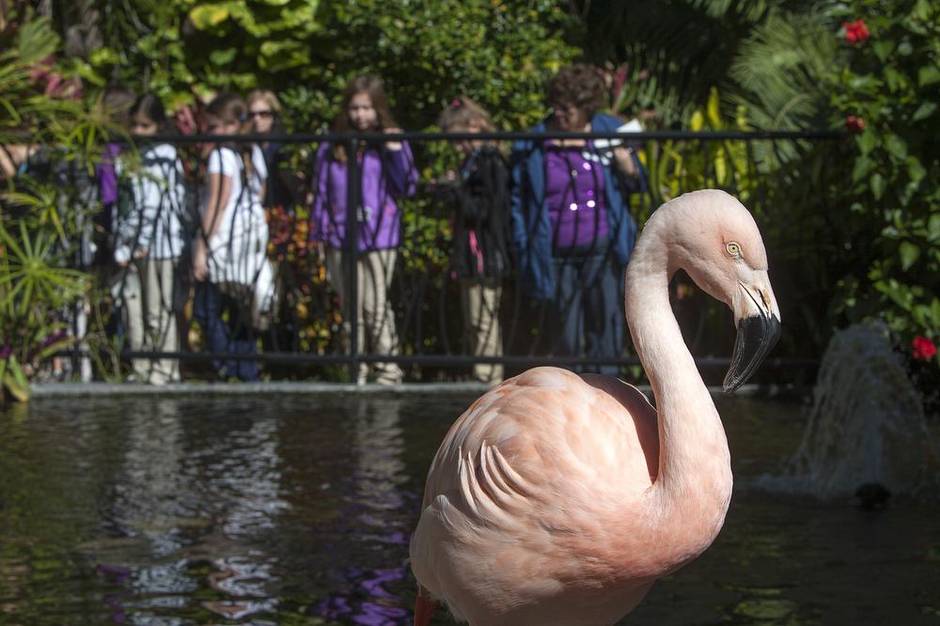 In St. Petersburg, we admired the alleyway just north of Central, between Sixth and Seventh Street, where city-sanctioned graffiti covers entire buildings, then checked out the world’s largest shuffleboard club (where you’ll find as many hipsters as old-timers), and toured the seemingly prehistoric plants in the 100-year-old Sunken Gardens. We drove on to explore Ybor City, Tampa’s historic cigar-rolling district, and browsed fantastic vintage stores nestled between tattoo parlours and bars offering ridiculously cheap drinks (in retrospect, perhaps it wasn’t the best neighbourhood to explore with kids). Then it was time to head south – for seven long hours of driving – to Key West.

Lovingly referred to as Key Weird by locals, the southernmost city in the continental United States is overrun by wild chickens, populated by one-of-a-kind individuals and best navigated by golf-cart or bike. At the Key West Butterfly and Nature Conservatory, my toddler tried to murder every butterfly that fluttered past – fortunately the cats at the Hemingway House, where the writer lived from 1931 to 1940, fared better. We just missed a family-friendly party at Coast, a new arts venue/creative village on Stock Island (the next Key over), but the Audubon House Museum (filled with countless bird-themed knicknacks) and the cheesy but neat little aquarium on the seafront were fun consolation prizes.

Driving out of the Keys, we stopped in Key Largo to admire the African Queen, the iconic steamboat used in the classic Humphrey Bogart and Katharine Hepburn movie of the same name. It was discovered deteriorating in a cow pasture more than 30 years ago, and now tours the canals around the Key. “People come from all over the world to see the boat, and it is such a relic,” says Captain Lance Holmquist, who leased the Queen in 2012 and has so far spent $92,000 restoring it. “The steam engine alone is from 1896, and I knew nothing about steam before starting the project, so it’s a real labour of love to keep it running strong and seaworthy. I’ll never make my money back, but I do love doing it.” 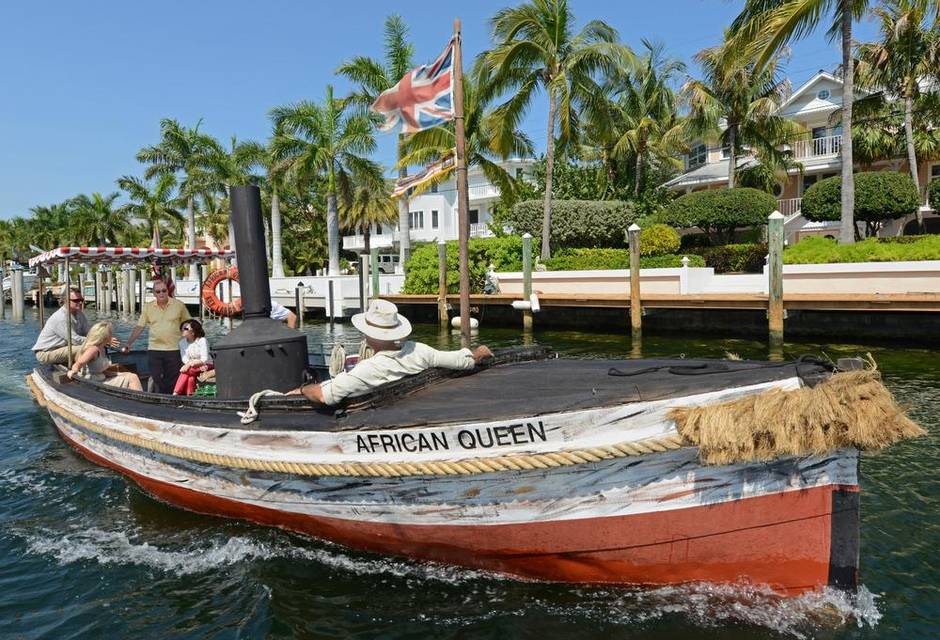 The original vessel from the 1951 film African Queen, sails on in a Key Largo, Fla., canal. (Andy Newman/AP)

Our last strange stop was Miami for the Coral Castle, a bizarre homage to unrequited love. Latvian immigrant Edward Leedskalnin was ditched at the altar by his young bride-to-be and consequently spent 28 years singlehandedly building a “castle” and several other massive structures from oolite, a local stone full of shells and fossils. The place is eerily awesome. We also popped into Monkey Jungle, a wildlife park that turns the tables: More than 30 kinds of monkeys live free while visitors walk through the reserve in cages. Feeding the cute critters raisins using a pulley system was a highlight for the kids.

We finished our Florida adventure with high tea at the luxe Biltmore Hotel. We sipped Earl Grey from china teacups and nibbled on dainty sandwiches and petit fours as a Spanish guitar player serenaded guests in the lobby – a complete contrast to everything else we’d done on the trip. Afterwards, we took a dip in the huge pool lined with repro Roman goddess statues and toured the art-filled gardens. It was all, of course, absolutely lovely, but my heart belongs to the weird.

Flying into Orlando and renting a car is the most cost effective way to do this trip. Just be prepared for hours of driving.

The Key Lime Inn, Key West. Sweet rooms in the historic downtown so you can walk everywhere, plus a small pool and an excellent continental breakfast thrown in. From $172 a night; historickeywestinns.com