"Not that long ago the guerrillas controlled these mountains," says Berthilda, wiping her brow with a sweat-soaked black leather sombrero.

Leaning on her walking stick, clad in only a thin sweater, tattered pants and rubber boots, this 54-year-old mountain lioness seems oblivious to the biting Andean winds, as my numb fingers fumble to zip up my Gore-Tex jacket.

We're approaching the summit of a 4,500-metre peak in eastern Colombia's El Cocuy National Park near the Venezuelan border. In the distance, a giant granite cube called El Pulpito del Diablo (the Devil's Pulpit) sits like an alien monolith atop the snowy ridge of an even loftier mountain called Pan de Azucar.

"Then el Presidente's soldiers came and defeated them," Berthilda says, referring to hardline Colombian president Alvaro Uribe's decision a decade ago to dispatch an elite army battalion to drive the Marxist Ejercito de Liberacion Nacional guerrillas out of the western half of the park. "Only then did we feel safe."

Today, soldiers continue to patrol these trails, thwarting kidnappings and other guerrilla terror tactics. It's comforting news for a gringo on a long overdue journey of rediscovery.

I first came to Colombia as an exchange student in 1985, when the country was engulfed in a maelstrom of violence. Drug lord Pablo Escobar was waging a campaign of mass murder and mayhem. Backed by his funds, M-19 guerrillas stormed the Palace of Justice in downtown Bogota, unleashing an army counter-assault, and the ensuing bloodbath shocked the world.

Then, shortly after I arrived to live with campesinos in the mountains close to Manizales, the nearby El Nevado del Ruiz volcano erupted. The resulting mudslide buried the town of Armero, killing tens of thousands of its inhabitants and turning countless more into refugees. I barely escaped with my life, and spent the next few months volunteering in refugee camps tending to orphaned children. Times change. Nations recover. Much of Colombia is now considered relatively safe to visit and is increasingly popular among adventurous travellers. Awaiting them are impeccably preserved colonial cities, the sensual embrace of unspoilt Caribbean beaches, the exotic lure of the Amazon, a hugely welcoming Latino culture and the austere beauty of the high Andes.

I had originally planned to return to Ruiz, trek to the crater's rim, and reflect upon that terrible time. But the volcano became active again shortly before I arrived – perhaps still angry that I had escaped its molten wrath – and the surrounding park was declared off-limits.

So instead I headed east toward El Cocuy's magnificent string of glaciers and snow-capped peaks interlaced with rolling grasslands and sparkling clear waterfalls and lakes.

"This is the largest glacier mass in the world's equatorial zone, as well as the last refuge of the indigenous U'wa people, who control half of the park," he adds, explaining that 300,000-hectare El Cocuy's ecosystems also protect many rare and endangered animal species.

Among them are pumas, howling monkeys, tapirs, red-footed tortoises and spectacled bears, the only surviving species of bear endemic to South America. High above it all, the iconic condor soars between white summits.

Reaching El Cocuy is not easy. The 400-kilometre journey from Bogota over twisting, often treacherous unpaved mountain roads passes through the heart of the province of Boyaca, known as "the Land of Freedom" because of a series of battles here that secured Colombia's independence from Spain. You can make the bone-rattling trip in 14 hours. Or stop, as I did, overnight in Villa de Leyva, a beautiful, well-preserved colonial town.

Executions once took place in Villa de Leyva's immense Plaza Mayor, still the country's largest town square. (Florentino Ariza, the chronically romantic protagonist in Gabriel Garcia Marquez's novel Love in the Time of Cholera, lived here.) An early morning stroll through its cobblestone streets lined with whitewashed colonial era houses, their balconies overflowing with bougainvilleas, feels like stepping onto the sets of the Spanish-language period soap operas that often shoot here. It was in towns such as Villa de Leyva, and in the fertile hills and mountains of Boyaca, that so much blood and sweat and gold poured from the "open veins of Latin America," as Uruguayan journalist and author Eduardo Galeano called his seminal account of five centuries of European dominance over the South American continent. From the conquistadors' pillage to Colombia's notorious La Violencia, the decade-long (1948-58) civil war between Conservatives and Liberals, the people of this beautiful but haunted region have endured countless struggles.

Reaching Posada del Molino, a 220-year-old renovated colonial mansion in the town of El Cocuy, I come face to face with one of La Violencia's ghosts. The woman who once owned this house controlled a Catholic paramilitary group that rounded up protestants, burned their bibles and then detained them in a tiny, windowless room off the courtyard. (Among the persecuted was a group of Canadian missionaries imprisoned here for several days.) The woman's sinister portrait now glares from the wall of a bedroom and haunts the hacienda still, according to Posada del Molino's current proprietor.

Ghosts of crises past also burn in the eyes of 27-year-old Guillermo Nalderrama, my affable host at the final acclimatization stop before I enter the park. His family's ancestral ranch, the rustic Hacienda La Esperanza (House of Hope), occupies the edge of El Cocuy.

"During La Violencia my grandparents often hid here together," says Guillermo as we dine on bruschetta, ragu of lamb and torta de cuajada (cheesecake) in the courtyard under a twinkling canopy of constellations.

"My grandfather was a Liberal, my grandmother a Conservative, and getting caught together could have gotten them killed," he adds, showing me a faded photo of these long dead lovers from a dangerous time.

Guillermo himself fled with most of his family to Bogota during the guerrilla occupation of El Cocuy. There, he studied to become a chef at a prestigious cooking school. He never dreamed he would return to La Esperanza, but as the guerrillas fled and tourism gradually began to take hold, he saw opportunity.

"I'm really happy to be back home now, meeting people from all over the world who come to this remote part of Colombia and sharing their amazing experiences," Guillermo says, pouring us each a shot of aguardiente. One sip of Colombia's infamous firewater takes me back nearly 30 years to rowdy nights spent drinking, carousing and dancing the cumbia with campesinos.

The next morning I climb high into the emerald hills with two of Guillermo's ranch hands. They have agreed to take me to the Cueva de Cuchumba, a large cave with a waterfall cascading through it. It was here in the 17th century that a Spanish priest discovered an image on a piece of cloth said to be an apparition of the Virgin Mary with the dark skin and indigenous features of the U'wa.

According to legend, the Virgin appeared to the U'wa well before Spanish conquistadores arrived to convert them to Christianity. Their astonished European proselytizers promptly had the miraculous textile relocated to the church in the nearby town of Guican, where it remains today.

Trekking on from Cueva de Cuchumba, we enter an eerie, otherworldly landscape called Valle de los Frailejones. These giant daisy-like plants, so named for their resemblance to hooded monks, flourish in the high altitude grasslands of northwestern South America. Towering over the valley's surreal, Dr. Seussean forest of giant spiky trunks sprouting huge yellow flowers and hairy leaves are the snowcapped peaks and glaciers of one of the world's best kept hiking secrets, which Berthilda is waiting to show me.

Not that long ago, my journey into this lost corner would have been virtually impossible. I am astonished and inspired thinking about how far this country has come since I was last here. Aye Colombia! It's great to be back.

The writer travelled courtesy of the Colombian tourism board, which did not review or approve this article.

Barichara, Colombia: Come for the tranquility, stay for the delicious ants
June 1, 2011 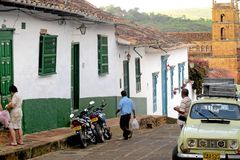 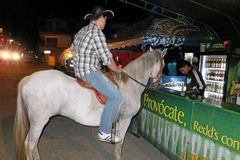 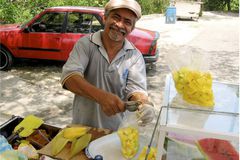