Who needs a wetsuit when the ocean's surface temperature is 31C and the morning air is pushing 30? In front of me are the tranquil, turquoise and dark blue waters of Cuba's Bay of Pigs, with its amazing underwater wall descending 450 metres below the surface. It is an easy two-minute swim from shore – a true rarity. All I have to do is wade in.

This region of Cuba first drew my attention two years ago, when I was taking part in a coral-reef biodiversity mapping project in Punta Frances National Marine Park, off the Isle of Youth.

This region is remote, but it is the remoteness that attracts me, along with the scattered sandy beaches and the limestone coastline made of prehistoric coral-reef remnants. You don't encounter many tourists along Cuba's underdeveloped southern coast.

This time I am here simply for pleasure, for a week of scuba diving with my wife, Diane. After a two-hour drive from Havana, we pass through the town of Australia, whose sugar refinery served as Fidel Castro's headquarters during the 1961 Bay of Pigs invasion. Another half hour down the road and we arrive at Playa Larga on the bay's eastern coast, where we've made arrangements to stay with a family.

Since becoming Cuba's president in 2008, Raul Castro has been slowly opening the economy, making it legal for Cubans to operate businesses in 180 different occupations.

A small entrepreneurial class is emerging, many of whom rent rooms to tourists. Our host's two-storey home is modern and comfortable, nestled beside a little cove that houses a fleet of small fishing boats. They bring to mind Ernest Hemingway's The Old Man and the Sea.

The scuba divers that we do meet are staying in Playa Giron, 34 kilometres to the south, where a large all-inclusive hotel is located. They tend to be from Europe – Britain, the Netherlands and, to a lesser extent, Italy and Spain. The young cyclists, hikers and snorkelers are for the most part German, along with a scattering of Brazilians.

Our hosts operate a small dive shop from their home, where we can keep our air tanks filled as we spend the week diving along the coastline. We start at Cueva de los Peces, about halfway between the two towns. Shining up through the gin-clear salt water, the sandy white bottom is intensely bright. We reach the coral heads at approximately five metres below the surface.

These small groupings are a visual feast of hard and soft varieties. Purple common sea fans sway back and forth to the rhythm of overhead waves. A large school of yellow-and-black-striped sergeant majors swim by, moving in unison like soldiers on a parade square. Yellow, purple and blue fairy basslets scurry around the coral. A brilliant blue/green queen parrotfish feeds on algae while a great barracuda swims slowly off in the distance.

Barely 100 metres offshore, we slowly descend to 12 metres, where we reach the precipice of the wall that runs beyond Playa Largo and Playa Giron. Looking over the edge into the abyss, the water is still remarkably clear. Looking down as I remain suspended, hummingbird-like, is fascinating. Unlike being on land, there is no fear of falling.

We slowly slide over the edge of the precipice and descend. As far as the eye can see a wall of flat coral appears before us. According to Orlando Perera, our friend and guide, up to 17 varieties can be found in this part of the Bay of Pigs.

These are hard corals, with wider surfaces to catch light as the sun moves over the reefs. In deeper water, soft coral disappear quickly.

In between the coral crevasses we find crabs, and Diane spots a white flicker below us: A whitetip shark comes into focus momentarily, but just as quickly disappears back into the abyss. During our ascent we spot moon jellyfish pulsating rhythmically.

They have a distinctive four horseshoe-shaped design on top of their bell that I find quite attractive, but they are best enjoyed from a distance. We adjust our course to give them a wide berth.

Local authorities sunk small fishing trawlers near the precipice of the wall to provide additional attractions, but I am more interested in locating a queen conch in the seagrass beds near the reefs. Hunted and illegally poached throughout the Caribbean for both the large edible snail inside and for the large, beautiful pink shells, live queen conch are hard to find. Over the past few years of diving, I've only been able to find them in Cuban waters. Today, I'm in luck once again.

But my best discovery – Punta Perdiz, a dozen kilometres south of Playa Larga – came midway through our trip. A small sandy beach, this tiny slice of the Earth's surface is surrounded by a forest with a limestone shoreline. It was a beautiful, bright, calm morning, not a ripple on the water and so very quiet.

Not even the sound of waves breaking on shore could be heard; only a few distant tropical birds broke the silence. An intense shade of turquoise gave away the location of shallow water, while dark blues indicated the presence of coral heads and deep waters beyond the undersea wall. Visually it was a Condé Nast cover shot. It was perfect.

It's worth taking in some of the region's famous history. In the town of Australia, the administration building at the former sugar mill was Fidel Castro's headquarters during the 1961 Bay of Pigs invasion. The towns of Playa Larga and Playa Giron were the main landing sites, and a museum in the latter is dedicated to the battles that took place.

Parque Nacional Cienaga de Zapata (Zapata Swamp National Park) borders onto both towns and is home to the largest and most diverse wetland ecosystem in the Caribbean. Its natural wonders include rare manatees, endangered Cuban crocodiles, more than 900 plant types, 14 vegetation formations and more than 200 different bird, mammal and reptile species.

The Centro Ecologico, located between Australia and Playa Larga, highlights the area's natural history. The nearby La Boca de Guama is a breeding centre for the native Cuba crocodile. Both are worth a visit.

For scuba divers the best place is at Villa Playa Giron. The facilities are basic but it caters to the needs of divers. About $65 a night

Alternatively, enrich your trip culturally by staying with a Cuban family. This can be arranged through Ecomar. ecomargroup.com

Get a front-row seat to Cuban country life
February 22, 2012 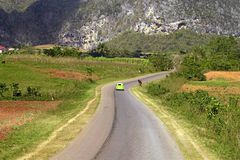 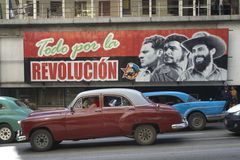 Cracking the lineup in Havana
August 7, 2009 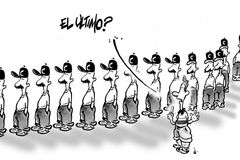