Outside over Glasgow: a soothing grey blanketing sky. Inside: the trendy, minimalist lobby of the Blythswood Square boutique hotel. And then, that initial test upon arriving in Scotland: "Fae nae am loch," a burly bellhop said. Actually I hadn't a clue what he said; I couldn't pick anything out of the thick brogue. "Fae nae am loch," he tries again, with faint sympathy.

"Nae a man from Toronto," I started to think, grasping at a bad imitation of Robert Louis Stevenson, "can'nae understand a man such as yew." But I kept quiet and handed over my luggage. It was my first ear-tuning to Scots-tinged English, on a week crammed with excellent accommodations, entertaining tours and mesmerizing scenery. Winding from Glasgow to Edinburgh and then joining a tour group through the West Highlands and back, the pattern was this: An off-hand exchange, often a joke, gradual understanding on my part and then the satisfaction of having gleaned another insight into Scotland.

I start in Glasgow, where the old industrial side has long given way to Gaps and HMVs. Shopping is the hub activity of Scotland's largest city, with various cultural anchors on the periphery, such as the Norman Foster-designed concert venue (known locally as the Armadillo) on the banks of the River Clyde. Fortified with a meat pie and a can of Scotland's resin-tasting, resin-coloured Irn-Bru (said to stain worse than lipstick), I milled among the shoppers, but couldn't resist the posters for plays and music gigs in the West End. So, down to the subway to ask how to get there.

I stared back, unable to get past the fact he must have a second career as a lookalike member of the Proclaimers. And, again, I leaned my hopelessly untuned North American ear forward. "Ill-ed!" he re-shouted, smiling at my hopeless incomprehension.

No matter. I took his direction down into Glasgow's subway system, said to be the world's third oldest and definitely one of its most modest and charming. The orange tube trains are tiny. The Glaswegians inside sit smilingly.

As I surfaced at "Il-ed," or more precisely "Hillhead," I faced young trendies walking in cleverly hip, pseudo-Harris Tweed suits. In June, the West End Festival is in full swing, a key draw with a vast amount of music, art, comedy and other special events. Yet the neighbourhood is an essential stop regardless of the month. One good restaurant and pub leads to another, notably Tennent's Bar, famous for not allowing in women until they stormed it in the early 1970s, and which now faces the very different threat of gastro-pub gentrification. An obvious end to the walk is to continue south to Argyle Street and head east a short distance to the Kelvingrove Art Gallery and Museum which, given its free admission, makes an ideal end to the afternoon.

The next morning: Edinburgh. Much more centrally planned, its Old Town is the city's tourist epicentre with the cobbled, gift-shop-laden High Street leading up to Edinburgh Castle.

As Scotland's capital and picture-postcard city, even once down-and-out Leith, the neighbourhood made pop-culturally famous by the 1996 movie Trainspotting, is now much more gentrified. Again, I wanted to find an alternative scene. A jewellery seller at her stand looked around doubtfully. "Well, there's nowhere really. I mean, ya got yer down and outs here," she said motioning to the High Street crowds, where a man walked among the tourists shouting at no one in particular.

The city does have a Jekyll and Hyde personality, as the saying goes. In the 1700s, Deacon Brodie, a cabinet maker and deacon of the trades guild who lived a double life as a house burglar, became the inspiration for Robert Louis Stevenson's dual-personality tale. And it's the city of "gardy loo," the old cry when excrement and slop was tossed down onto the same streets that tourists now find so beautiful.

It's also where I met my tour group to continue into the West Highlands. First stop: the Scottish Crannog Centre on the quiet Lock Tay. The centre is devoted to studying and exhibiting the traditional loch-side wooden dwellings known as crannogs that date as far back as 5,000 years. Because of the high degree of skill and immense labour it took to build such sturdy huts on stilts, these dwellings had a certain, let's say, cachet in their time. They were the palaces of their day.

Over at Glen Coe we explore the mountainous scene of the 1692 massacre of the Clan MacDonald, an early horror in the Jacobite uprisings which sought to return the crown to the ousted King James. The beautifully rugged hills, now owned by the National Trust of Scotland, have lookout stations manned by bagpipe buskers. One is said to be particularly mean-tempered, bad at his instrument and prone to turning his back on tourists who don't throw him a coin. Meanwhile, at the information centre, expect to hear jokes about the MacDonalds getting even in the end with all the hamburgers they sell.

The mood took on an added spooky tone at Eilean Donan Castle. One of the most photographed castles in Scotland, it was built in the 13th century (and restored in the early 20th century using, incredibly, beams of douglas fir shipped from British Columbia to fortify the ceiling in the banquet room). Also caught up in the Jacobite rebellions, the castle was garrisoned with Spanish soldiers, one of which is said to still haunt the upper rooms. "Where is it?" I asked a taciturn guard manning the upstairs. "Aye," he said, coming to life, recalling the times he heard a mysterious clicking of a latch and footsteps when no one else was around.

Standing in majestic ruinous contrast is the equally famous Urquhart Castle, blown up during Jacobite times, on the banks of Loch Ness.

At Cawdor Castle, an air of perfection prevails with the stepmother of the 25 th Thane of Cawdor at the helm. She is said to insist that her bedspread and sheets be immediately removed and cleaned any time a tourist dares to lie on her bed. The woman on my tour had a problem with this. The men, looking at the sketches and photos of the countess in her beautiful youth, didn't mind.

And so it went, until our whirlwind tour hit the Battle of Culloden in the north near Inverness. This was the site of the total, final defeat of the Jacobites and the end of Bonnie Prince Charlie's attempts at the throne. The Scots were decimated, Scottish culture oppressed for generations. The battlefield now has a modern, multimedia exhibition centre which shows in new detail the full complexities of the events in which Scots were killed, often by the hands of fellow Scots, only to then be pursued and persecuted by English forces.

Leaving the site, our kilted guide took a far more serious tone. The battle, he explained, took place in 1746, but the wounds are still raw. Another guide once broke down explaining the atrocities at the site. This is the one place where light Scottish humour and heavy sentimentality couldn't overcome emotions so visceral. It's the battle in which Scottish distinctness was subsumed by a greater sense of English-governed Britain, the battle that led to the repression of Scottish customs, at least until Queen Victoria took a liking to them and made kilts and tartan fashionable again. More important, it's the battle which wrote the history books, and is only now being better understood as the multisided Civil War it really was. It was also the spot I felt I truly began to understand the country around me.

In the Eastern Highlands town of Pitlochry, the Atholl Palace Hotel strives for "baronial splendour," starting at £92 ($147). Pitlochry, Perthshire; 1796-472-400; athollpalace.com

In Glasgow, admire the hanging heads by artist Sophy Cave, above, as you wander through Kelvingrove Art Gallery and Museum. It's free. Argyle Street, Glasgow; 141-276-9599; glasgowlife.org.uk/museums/our-museums/kelvingrove/Pages/home.aspx

Numerous companies, including Rabbies (rabbies.com) offer tours throughout the region, with prices varying enormously depending on accommodations.

Drink in the history of Scotland’s whisky isles
June 20, 2012 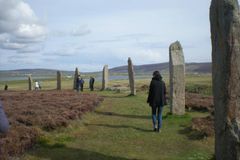 A Scottish voyage through the Outer Hebrides fires up the imagination
October 15, 2011
Get royal treatment with a kink whisperer at this Scottish spa
July 31, 2011 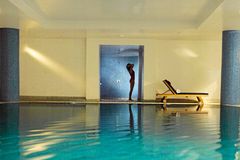