Going to the cemetery at midnight wasn't my idea of a good time; yet there I was, walking arm and arm with my Mexican boyfriend, holding a candle and a bouquet of flowers, cautiously stepping through the cemetery gates. It was the last night of Day of the Dead festivities in Chiapas. I took a deep breath, expecting to find an eerie silence as we made our way through the graves, many adorned with lit candles. Instead, we were greeted with mariachi music, the laughter of children as they chased each other around gravestones, and the illuminated faces of family members sharing a thermos of coffee and tamales.

From Oct. 31 to Nov. 2, many Mexicans believe the door to the spirit world is opened, allowing the departed to return home to visit their families. Day of the Dead celebrations date back thousands of years to Aztec ancestors who believed the dead lingered in Mictlan – a spiritual waiting room.

I'd expected to find this Mexican tradition a little creepy. As someone who suffers from nightmares after watching horror movies, the thought of dead souls roaming the streets was enough to make my skin crawl. But here I was anyway. On the morning of Oct. 31, I watched my boyfriend's mother decorate the family altar with flowers, candles, her deceased husband's photo and his favourite foods to guide his spirit home. The scene, while colourful, seemed a little depressing. The scene I found at the market that afternoon, however, was anything but morose.

The street was lined with vendors selling cempasuchil, an orange marigold. The colour represents the tones of the earth and is believed to guide the spirits home. There were skeletons wearing suits and top hats, and others dressed in feathery boas, party dresses and large hoop earrings posed as if they were dancing, singing and playing the guitar. I also saw papier-mâché coffins painted with skeletons riding bicycles and getting married. Then I was drawn to a table of sugary sweets shaped like skulls, and less traditionally, like pumpkins and witches on broomsticks. I picked up a green witch and a skull for the altar and a bouquet of cempasuchil to bring to the cemetery the following evening.

After arranging the flowers around the family grave site, I listened to stories about my boyfriend's father who passed away the previous year and his grandparents who had been gone longer. We shared a thermos of coffee and a special bread called pan de los muertos (bread of the dead) made of egg yolks and dried fruit, topped with crossed bones, similar to hot-cross buns. The glow of the candles and the moonlight illuminated the family's smiling faces and I was surprised that a celebration of death could bring such joy and camaraderie.

On our way home, we passed a mariachi group performing before a front-door altar. Cheerful papel picado (paper flags that reminded me of cut-out snowflakes) fluttered in the breeze above us. A few hours later, at noon on Nov. 2, fireworks shot into the bright sky signalling the closing of the spirit world.

The celebration was over and the spirits were gone, but what surprised me most was that this holiday that I'd imagined as dark and depressing was proof that Mexicans know more about celebrating life (and death) than we Canadians.

Send in your 600-word travel adventure to travel@globeandmail.com.

In the Amazon you face your fears and keep moving
October 27, 2012 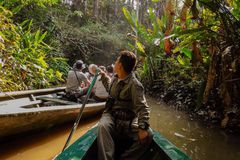 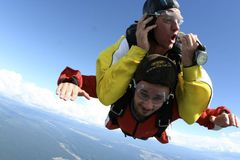 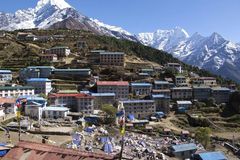