Thank God we aren't in Tofino for storm watching. Sure, it's awesome and captivating in a Byronic kind of way but I, for one, have done it to death. Mine is the plight of every British Columbian surfer: countless hours clocked observing the wild winter weather, which brings the year's best swells.

Yet a recent visit to Canada's surf capital on the west coast of Vancouver Island – perhaps my 100th trek to the tiny outpost of Tofino – was different. While I've run myriad times through the rain forest toward Cox Bay, my surfboard tucked beneath my arm, this is the first time I've been greeted on the beach by a helicopter.

I see Stephen Peters's toothy grin and the whites of his wide, jubilant eyes even before I zero in on the chopper. Over the whir of the blades, as the tiny aircraft sets down gently on the sand, he shouts: "Ever been ashore at Lennard Island?" Peters is the director of Pacific Sands Resort – the gloriously cozy, oceanfront property I'm leaving to explore the Lennard Island lighthouse, source of the brightness I've noticed swinging through the inky black sky each night. He correctly anticipates my answer: "No."

Seconds later we are airborne aboard the five-seat helicopter, travelling up and above the surfers, around the black, rocky headland and over the rolling swell of the Pacific.

Lennard Island is about a kilometre-and-a-half in circumference, a tiny but important isle that's home to one of the last remaining lighthouses on the B.C. coastline.

While families have lived on the island to run the lighthouse in the past, just two men keep it running now. One is "Lighthouse Tony," the burly lighthouse master whose last name nobody seems to know (a delightful quirk of small-town living), and whose first words leave a lasting impression: "The first person you meet when you work the lights is yourself."

You must be invited ashore at Lennard Island, and as such most tourists have never been there, nor have many locals. But Peters's name opens doors, and we find ourselves touring the immaculate island. Its six buildings – including cottages for the caretakers, an engine room and a boat house – are all painted grey with red roofs and are pristine, in spite of the violent storms that roll down from the Aleutian Islands of Alaska and slam into them all winter long.

We hike the 60-odd steps to the top of the working lighthouse, where I stand outside on the narrow metal walkway and face seaward (next stop: Japan). I lick the salt spray from my lips. It's a marvellous vantage point to look back toward land at the surfers, their tiny black forms bobbing like sea lions in the swell. Back inside, I admire the tiny bulb, no bigger than a woman's baby finger, responsible for projecting through the legendary West Coast fog.

Peters must have known we'd be in no rush to leave this peaceful, orderly place, and has hired chef Jesse Blake and commercial fisherman Jeff Mikus of Tofino's Wildside Grill to prolong our stay with a barbecue lunch: wild salmon and spot prawns – the coveted, sweet crustaceans caught locally for only a few weeks each year – that Blake pulled from the sea. We may be eating from paper plates at a picnic table in a boathouse, but the food is as good as any served in a top-rated restaurant.

Too soon we find ourselves strapped into the chopper, but within 10 minutes I'm in the hot tub on the deck of my two-bedroom suite at Pacific Sands Resort, sipping an Okanagan pinot gris and watching eagles play in mammoth cedar trees and waves crash onto the shore.

Pacific Sands Resort (one of the area's first hotels) is what I like to call "unpretentious luxury," meaning the sheets are high thread count and my bedroom has a soaker tub with a killer view and a soft bathrobe – but I'm appropriately dressed in my wellies and a tuque when I walk to the main lodge for a latte. Today 77 beach houses and 17 cottages make up the resort, each equipped with full kitchens true to the "make yourself at home" policy Pacific Sands exudes. Not that I can lay claim to cooking on this trip.

One night, local chef Tim May cooks an exquisite meal in my suite for our group. It begins with freshly shucked Island oysters and climaxes with perfectly braised lamb in chocolate sauce. May also supplies gourmet pack lunches for the next day's trip to Hot Springs Cove, a place the locals wish was still a secret.

One hundred trips to Tofino, yet I'd never been to Hot Springs Cove. In the harbour we gather at Jamie's Whaling Station and meet our dynamo young captain. I'm not sure whether it's the force of her personality or just luck, but in the first half hour of our tour we come upon whales, sea lions and adorable sea otters. Cruising up Clayoquot Sound we pass salmon and oyster farms, as well as First Nations villages, while the mountain peaks in the distance practically glow with the year's first snowfall. It's utterly tranquil. I feel a million miles from the incessant buzz of urban life.

Twenty-six nautical miles later we dock. To reach the thermal springs we spend the next half hour navigating a narrow, slippery boardwalk, hiking past giant cedars dripping with mist. The trail pops out on a small outcropping above the ocean and I smell the sulphur before I hear the splash of the waterfall. But any rotten thoughts vanish once I slip into the warm rock pools tucked between the folds of the craggy coastline. These are nature's hot tubs, almost too hot at the top of the cliff but cooler the closer they sit to the ocean.

Two hours later, a floatplane banks over our wilderness spa, signalling that it's time to return to the dock.

It's a short trip back to Tofino, but long enough to wonder at the incredible vistas of Clayoquot Sound, where ocean meets old growth rain forest, which meets mountains and glaciers. As our plane lands in the harbour the sun pops out. According to the forecast it has no business being there, but that's the thing about Tofino that keeps me coming back. Whether it's your first visit or you 100th, you never really know what you're going to get.

Orca Air will get you to Tofino from Vancouver in just 45 minutes on daily, direct flights. flyorcaair.com

Perched right on the ocean and the edge of Pacific Rim National Park, Pacific Sands Resort offers a shuttle service for guests to and from Tofino Airport and into the town of Tofino, just seven kilometres away. Rooms from $169. 800-565-2322

Atleo Air lifts you completely off the beaten path on scenic and adventure tours in helicopter and float plane charters. From $99 a seat. 866-662-8536

At Jamie's Whaling Station, the friendly staff know the most scenic routes to show off the area's whales, orcas, bears, dolphins, sea lions and sea otters. Tours from $89. 800-667-9913, jamies.com

The writer travelled as a guest of Tourism BC and Pacific Sands Resort. 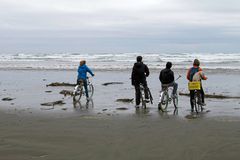 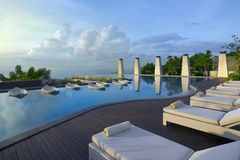 Getting lost in Tofino time
June 15, 2007
Follow us on Twitter @globeandmail Opens in a new window
Report an error Editorial code of conduct
Due to technical reasons, we have temporarily removed commenting from our articles. We hope to have this fixed soon. Thank you for your patience. If you are looking to give feedback on our new site, please send it along to feedback@globeandmail.com. If you want to write a letter to the editor, please forward to letters@globeandmail.com.
Comments