Many destinations promise something for every type of traveller. But few places deliver the breadth of Vancouver Island. At 32,000 square kilometres – about half the size of Lake Huron – the island offers towering waterfalls and spruce trees, sandy beaches, skiing and surfing, plus a remarkable concentration of distillers, brewers, coffee roasters and other artisanal products. Whatever your pleasure, here's the ultimate island getaway for you.

The fertile valley below Mount Washington – which, by the way, boasts some of the deepest snow in the country during ski season – offers a veritable feast of options for food-loving visitors. Just 15 kilometres wide, it packs nearly 450 farms, making it easy to see how the region got its name: "Komuckway" is the Kwak'wala word for "land of plenty."

Getting there: Comox is reachable by plane (Air Canada offers connections via Vancouver, while WestJet has daily service from Calgary and Edmonton) as well as via ferry from Powell River. It's just more than an hour's drive from Nanaimo and 21/2 hours from Victoria.

What to do: The ample locally-produced eats in Comox Valley make the notion of the 100-mile diet seem positively global. Open year-round, the Comox Valley Farmers' Market was named the best in the province by the B.C. Association of Farmers Markets. Stop in Saturdays and Wednesdays to find local honeys, wines from 40 Knots Vineyard and Estate Winery and Hornby Island Estate Winery and Farm, handmade truffles, small-batch yogurts and more. Seafood lovers should consider timing their visit to the B.C. Shellfish Festival, held every June. It's 11 days of chowder cook-offs, shucking competitions, tastings, gala dinners and oyster farm visits.

Where to stay: Situated on the Courtenay River, The Old House Hotel and Spa is a close walk to downtown Courtenay's best restaurants and food shops. From $96 a night.

Commonly known as "the end of the road" for its location on the western end of the Trans-Canada Highway, Tofino has a second, lesser-used nickname: tough (or tuff) city.

While some say its origin was the shortening of the local pronunciation of Tofino – Tuh, not Toe-fino – another theory is that the name refers to the roughness of fishing and logging, once the primary industries here.

Today tourism is Tofino's main money maker. But while this resort town offers up ample comforts, the prime draw is still its wild, rugged outdoorsy side.

Getting there: Tofino is a quick seaplane hop from Vancouver or Victoria. If you're driving, it's a breathtaking three-hour trip from Nanaimo, Comox or Victoria that takes you below a canopy of ancient Douglas firs at Cathedral Grove and around the hairpin curves of Pacific Rim National Park.

What to do: Hop a boat to Hot Springs Cove (and keep your eyes peeled for whales, seals and sea otters along the way). Located in Maquinna Marine Provincial Park, these geothermal pools naturally reach temperatures as hot as 109 C (the water gets progressively cooler in the pools closest to the ocean).

Where to stay: You can't get any closer to the waves than the beach houses at Pacific Sands Beach Resort. An ideal option for groups, families and privacy-seeking couples, this all-suite resort has full kitchens in every room, large patios and decks (some with private hot tubs) and a prime location on Cox Bay Beach. From $199 a night.

Tradition with an edge: Victoria

Long-vacant heritage buildings now play home to condos, tech startups, trendy cocktail and tapas bars and boutiques full of locally-made jewellery and sundries, and Canadian and international designer clothes. If you've stereotyped Victoria as sleepy and staid, you're in for a surprise.

Getting there: Victoria is a 11/2-hour ferry ride from Vancouver (Swartz Bay ferry terminal is about 30 minutes from downtown), or you can go from harbour to harbour in 35 minutes by seaplane. Victoria is also served by an international airport, 25 kilometres north of the city.

What to do: Stroll the shops along Yates and Johnson streets. These once-gritty blocks are now lined with airy boutiques filled with made-on-the-island goods. When you're done, head east along Fort Street, chock-a-block with foodie retailers, from Crust Bakery to Choux Choux Charcuterie.

After you've worked up a thirst, hit Victoria's unofficial cocktail trail. Victoria was light years ahead of much of Canada when it came to shifting Canadians' beverage palates from cheap drinks to thoughtful, high-quality cocktails.

Though many cities have caught up, Victoria's bartenders continue to lead on the booze front, using locally distilled liquors, bitters and other ingredients. Top bars to try include Clive's Classic Lounge, Veneto and Little Jumbo.

Where to stay: Two blocks from Victoria's Inner Harbour, Magnolia Hotel is an elegant boutique property with a terrific onsite spa.

Be sure to take advantage of the complimentary bikes and Curated Trails program, which offers themed self-guided cycling and foot tours of gems around town. From $209 a night.

The writer was a guest of Pacific Sands and The Magnolia Hotel, and had travel assistance from Destination BC. They did not review or approve the article.

The writer was a guest of Pacific Sands and The Magnolia Hotel, and had travel assistance from Destination BC. They did not review or approve the article. 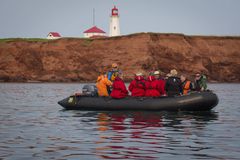 More to southwestern Saskatchewan than meets the eye
May 2, 2016 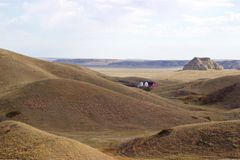 Five spectacular destinations in Canada for intrepid travellers
May 2, 2016 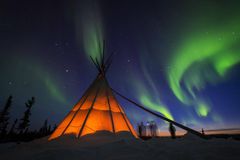