You don't so much hear a lion's roar so much as you feel it. It is a voice from another time and the very definition of fearsome – a primeval, visceral sensation that comes at you through the ground and blesses you briefly with the knowledge that you are truly alive and, quite possibly, about to die.

This is especially true if that voice comes in the dead of night, in the middle of the African wild, from only 50 metres away – and all that exists between you and it are a canvas tent wall and a wire fence.

But that was where I was when it woke me on my third and final night of safari in Kruger National Park.

The park covers a massive area in the northeast, where it borders both Zimbabwe and Mozambique. It's about the size of Israel, and I'd spent the past few days being driven around it in a big green Jeep with a few other visitors and a guide, trying to get a look at all the wildlife. We were especially interested in the "Big Five." Originally considered to pose the five greatest challenges to hunters, they are now also five animals that everyone who goes on an African safari wants to see: the buffalo, the rhino, the elephant, the leopard and the lion.

Our luck had been pretty good. On the first day we'd found a rhino almost right away, grazing on grasses while a tickbird pecked pests from its thick hide. Later we came across a buffalo in exactly the same circumstance. On the second day, a great herd of elephants had come stampeding down a forested slope, toppling small trees, trunks swinging, their ears billowing like leather flags at either side of their enormous heads. And just after sundown on the last day, our keen-eyed guide had lurched off the track, crashing the Jeep through several hundred metres of thick grass and scrub until a leopard came into view, its spotted coat slinking through the dusk, followed by the white bobbing tip of its tail.

We'd also come across a few hippopotamuses, all but completely submerged in the murk of a small pond. The hippo is a marvellous animal, and along with the zebra and the giraffe, the best evidence, I think, that the African subcontinent is where the Creator did some of his bravest and most original work. The hippo also deserves a great deal of respect. Its bulbous form and waddling gait betray its swift and lethal nature. Of all the dangerous animals in Africa – and there are plenty – only the mosquito kills more people than the hippo.

I'd also seen wildebeest, giraffes, baboons, zebras, antelope, warthogs, a hyena and a crocodile. So, even though we hadn't managed to find lions, I was content as we returned to camp.

No, that's a lie, I wanted to see lions, and if I wasn't going to see them in the flesh, I'd go to sleep and dream about them instead.

I thought I was still dreaming when that roar – that primordial voice – came thundering out of the night. It went down into the earth and straight up my spine. I sat erect, frozen. Though it was pitch dark and I was still half asleep, and though my only previous experience with lions had come from a few wildlife documentaries and Disney's The Lion King, I knew exactly what had woken me up. I grabbed my headlamp and burst out of my tent. Several of my safari mates came out to join me. We pointed our lights out through the frail wire fence, which now seemed like no fence at all.

There were about five of them in the darkness. Pairs of huge green orbs floated about in the black, the reflection of our lights in their eyes. We were being watched. Never before had I felt so much like something else's dinner. It seemed there was nothing at all to stop 400 pounds of hungry cat from jumping into camp and spreading bloody carnage. But I guess they were after more substantial fare. They disappeared slowly into the ebony.

Besides the eyes, we caught only the occasional flash of fur, and, once, the mane of a lone male. So I suppose I never did see a lion in the whole, and so I suppose I never fully saw the Big Five. The last of them, the lions, offered only dim glimpses. But I certainly heard them. I definitely felt them.

Riverboat fantasy: An African safari by river is unlike any you’ll experience on land
January 11, 2016 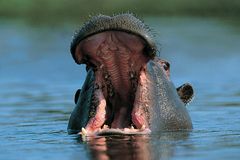 Wine, wildlife, and what else you need to see in South Africa
October 24, 2014 Into Africa: Guests and wildlife come together at Kenya’s Lewa Wilderness, a place like no other
August 7, 2015
Follow us on Twitter @globeandmail Opens in a new window
Report an error
Due to technical reasons, we have temporarily removed commenting from our articles. We hope to have this fixed soon. Thank you for your patience. If you are looking to give feedback on our new site, please send it along to feedback@globeandmail.com. If you want to write a letter to the editor, please forward to letters@globeandmail.com.
Comments