The airport taxi driver sets me straight when I describe my destination as “new.”

“A lot of hotels say they are new, but only the names change,” he interjects. “It doesn’t make my job any easier, I’ll tell you that!”

The cabbie is correct on two counts. A dizzying number of new names are cropping up along Collins Avenue as the city of Miami Beach celebrates its centennial this year. Hotel openings on and around the 21-kilometre-long strip have soared into the double digits over the last 12 months, with at least two more slated for June and several others before the year is out.

As a whole, Miami Beach and the city proper has the fourth-highest number of rooms under construction in the United States – after the much larger New York market and business-oriented Washington and Houston – and the highest winter occupancy rates in the land. This has made the slender Atlantic archipelago even more of a hotel hot spot than it already was, albeit while turning stretches of Collins Avenue into dusty, noisy construction zones. 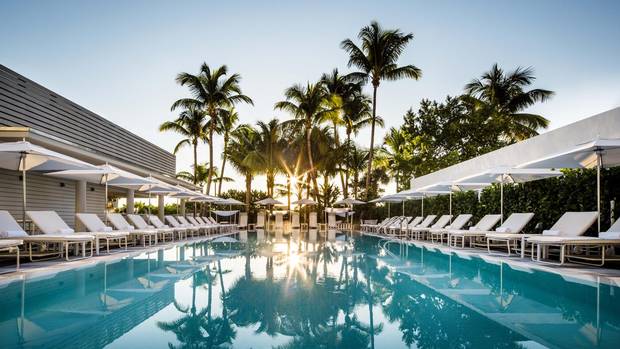 Pool at Metropolitan by COMO in Miami. Photo by: Martin Morrell

He’s also right about the name changes. The new Metropolitan by COMO was once the Traymore Hotel, the Thompson used to be the Crown at Miami Beach, the Miami Beach Edition is a revamped Seville Hotel, Stiles Hotel South Beach was once the Nash Hotel and the list goes on. My overnight stop – 1 Hotel – is a new ecochain led by Barry Sternlicht, who’s W hotels introduced boutique accommodations to the masses. It was previously dubbed the Perry South Beach. But that’s after it replaced the four-year-old Gansevoort South in 2012. Before that it was the Roney Palace, which opened in 1968 on the site of the original Roney Plaza, a 17-storey resort with a Florentine bell tower that rose above the sands back in 1925.

But the taxi driver misses the mark when he says the hotel names are all that change. In fact, billions of dollars are being poured into property overhauls and brand-new builds that further bolster Miami Beach’s status as the destination of choice for well-heeled, fashionable and/or famous vacationers – or at least those who aspire to such adjectives – and who think nothing of splurging on lavish accommodations and all the attendant luxuries.

The 1 Hotel, for instance, fittingly sprawls across the oceanfront between 23rd and 24th Streets. This is the informal border between South and Mid-Beach, where the Miami Modernist (or MiMo) architecture of megaresorts such as the Fontaine-bleau and Eden Roc – and more recently the Thompson chain’s first beach resort and Ian Schrager’s Miami Beach Edition – gives way to the low-rise, art deco and Mediterranean-revival hotels for which South Beach (or SoBe) is famous. 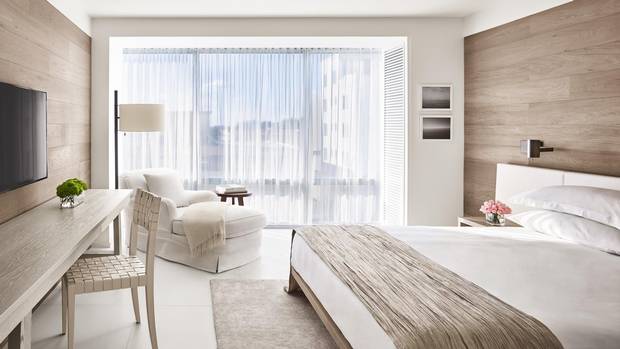 As soon as I climb out of the cab, it becomes clear that I can be forgiven for mistaking 1 Hotel’s $270-million (U.S.) makeover for a brand-new build. It’s ecofriendliness is fetchingly relentless: On one lobby wall, a floor-to-ceiling image of a swimmer has been rendered entirely in moss – that’s right, moss – by Plant the Future, the local horticultural team behind the adjacent make-your-own-terrarium bar. The soaring lobby ceiling is made of reclaimed wood from Alaskan water towers. Much of the furniture was crafted from Amazon rain forest deadfall. Hanging plants and tropical topiaries litter the 426 rooms, four pool decks, three bars and two eateries. But cut flowers are nowhere to be seen. “We don’t need to kill plants to make our space beautiful,” explains marketing manager Roxana Medina.

Unlike most Miami Beach lodgings, 1 Hotel eschews the art deco and MiMo look. But it’s another story at the Thompson. I wish I had packed a fedora and faux cigarette case as I check into the 380-room resort, which unabashedly – and perhaps belatedly – combines the MiMo aesthetic with the mid-century modernism popularized by Mad Men.

From the private poolside cabanas to the in-room desks, the vintage and reproduction decor delivers more metallic accents, kitschy ceramic lamps and earth tones than Don Draper’s living room. It’s fun and fanciful in the guest rooms and especially in chef Michelle Bernstein’s Seagrape restaurant, where a wall of concrete breeze blocks separates the restaurant from the lobby. But it’s grating around the main pool, where candy-striped chair cushions and bizarre water features look like something Willy Wonka would dream up. 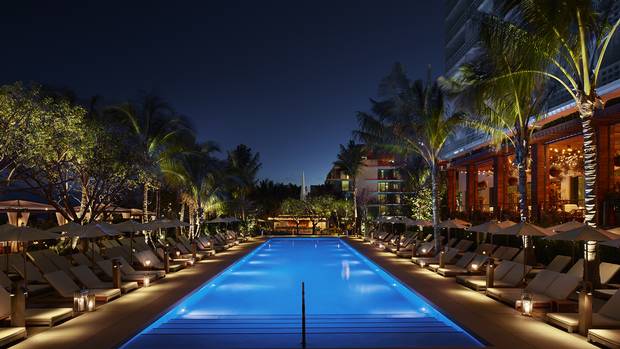 Seeking a break from the pool’s disco beats, I stroll out the back gate and onto one of the city’s best features. The Miami Beach Boardwalk – actually a combination of wooden and paved surfaces – stretches six kilometres from Indian Beach Park in North Beach to the south end of SoBe’s Lummus Park. To the east, verdant paths wind through seagrass-covered dunes to sand and surf that stretches to the horizon. The beach, and many of its occupants, are lovely, but are somehow overshadowed by the endless upscale diversions on the west side of the path: shopping, gallery-hopping, architectural tours and, of course, a smorgasbord of resort-hotel luxury, with keycard-activated gate after keycard-activated gate opening onto amply-cushioned pool deck after amply-cushioned pool deck. That evening, astride a Citi Bike rented from a nearby docking station, the well-lit route reveals a riot of music, colour, outstanding $25 mojitos and extremely good-looking hotel staff.

The next morning I set out on the boardwalk again – it really is irresistible – but maintenance blocks my path at 36th Street. So I turn right toward Collins, and suddenly find myself surrounded by the cranes and hoardings of what may be Miami Beach’s biggest deal to date. 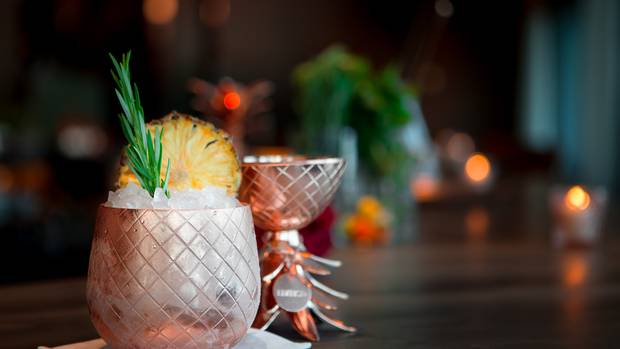 Sprawling over six city blocks, the Faena District aims to open in phases over the next three years. Like its 10-year-old predecessor in Buenos Aires, the billion-dollar project is the brainchild of Argentine hotelier and real estate developer Alan Faena, and will feature cultural, residential, retail and culinary components. The 169-room Faena Hotel Miami Beach – formerly the Saxony, of course – is slated to be one of the first venues to launch (on Nov. 1). The hotel, along with the brand-new and ultramodern Faena House residences, looks like it might actually make that date.

The same can’t be said for the Faena Forum. Drawings of the 50,000-square-foot arts centre have earned plenty of attention – its curved, lacy façade is certainly eye-catching – but the jumble of concrete and metal I encounter on Collins looks unlikely to make its December debut.

Construction delays are almost as numerous as debuts around here – the Miami Beach Edition’s opening, for instance, was pushed back three times. Then again, after a century of changeable fortunes that have seen the city veer from glitterati favourite to American murder capital to Miami Vice-fuelled fashionista darling, Miami Beach, and its developers, seem to be taking the long view this time around. 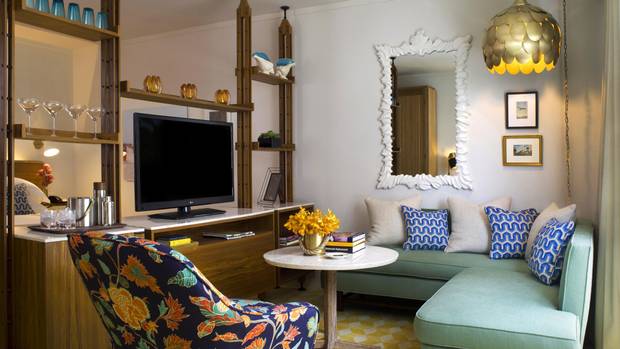 Heading down to Miami Beach? Dozens of new hotels have opened in the past 12 months, including:

Still not satisfied? Here’s what still to come later this year:

The writer’s hotel stays were covered by Greater Miami Convention & Visitors Bureau. It did not review or approve the story.