'Are you going to eat at Jiro?" Whenever I told friends of my upcoming Japanese food trip, the question followed within seconds. Sukiyabashi Jiro, in Tokyo, is the world's most famous sushi counter, the subject of an acclaimed documentary and recipient of three Michelin stars. A meal there takes 30 minutes if you dawdle, which is frowned upon. Dinner starts at $300.

My aim, dictated at least in some part by my budget, was significantly more modest – and to my mind far more interesting.

What I planned to do was to explore the inexpensive little restaurants where ordinary Japanese people eat day in, day out: the decades-old ramen shops where the walls are stained the colour of meat broth; the smoke-throttled yakitori stalls where wizened old men grill skewers of seasoned chicken and vegetables over 1,000-degree charcoal; the humble but beloved izakaya pubs where salarymen drink toketsu-shu (frozen sake) with pickled fish and fat, deep-fried crab balls.

What I wanted to find was the sort of food that I'd heard described as "Japanese soul cooking" – although in retrospect the verb "to find," and the difficulty it implies, was much too strong.

Jetlagged and disoriented on my first night in Tokyo, I parked myself at the counter of the first ramen shop I stumbled across, and motioned, maybe just a little spasmodically, for a bowl of soup. An enormous mess of noodles and broth soon appeared in front of me. There was a fat slice of grilled pork shoulder floating at the edge of the bowl, a soft-boiled egg and a mountain of chopped, seared cabbage. The toppings bobbed in the broth's fiery chili oil and pork-fat surface like little naval mines. The smell of the steam was almost narcotic. I fished out some noodles with my chopsticks, bent low, and quickly started slurping.

They were fat and springy with a satisfying chewiness, slick with that broth, a miracle of craft and balance. It was some of the best soup I'd ever eaten.

Just 15 minutes after walking into that random little ramen shop, I woozed back out to the street, full and exhausted, but also confident now that this wasn't going to be so hard an assignment. So I recalibrated my mission. My challenge wouldn't be finding terrific Japanese soul food. The hard part was going to be finding the stomach space to pack it all in.

One evening a few days later, I stepped out of the mescaline-trip neon and manic human crush of Shibuya, the city's most popular nightlife and shopping district, and into Morimoto, perhaps its most beloved yakitori pub. Yakitoris sell grilled, skewered poultry bits, for the most part – meat on sticks. Morimoto, a long, narrow, fluorescent-lit room built around a busy kitchen, opened in the 1970s. The place is a master of the form.

An elderly grill man in an undershirt was fanning the charcoals and turning skewers as I entered. He looked as though he'd been working there all his life. A woman sitting next to me at the counter said the restaurant had been using the same batch of taré, yakitori cooking's sweet, savoury basting sauce, since it opened four decades ago, topping it up a little every day. She then demanded that I buy myself a glass of sake.

I ordered everything they had: chicken meatballs dusted with yuzu citrus zest, chicken skin on a stick, rare chicken with Japanese ginger, tidy rows of sizzling chicken livers, chicken hearts that looked like miniature anatomical models, chicken breast rolled with shiso leaves and brushed with pickled plum paste that the charcoal's glow had darkened to a sour-ish, floral-tasting sizzle. I even ordered the chicken gombu, otherwise known in North America as chicken tails.

One by one, the skewers arrived and bowled me over: the brightness and subtle complexity of those chicken and yuzu balls; the deep, bar-snack savouriness of the chicken skin; the crunch and velvety burn of the Japanese ginger, smoky from the grill and just singed along its edges.

That rare-cooked chicken – sourced and handled with a near-fanatical attention to detail, I was happy to learn – tasted mild, mellow and supremely tender. I ordered a second helping. The chicken tails tasted exactly like chicken tails.

You can't help but meet people when you eat out in Japan. Here, as in nearly every other place I went, the other customers told me what to order.

After all the chicken skewers, there were bowls of pickled vegetables, crunchy grilled Japanese leeks, a skewer of gingko nuts (brilliant flavour, though the specifics are foggy) and a plate of ridiculously delicious grilled eel. I also drank more sake, quite a lot of it, as I recall.

On the way home I stopped for yakimochi rice cakes, grilled to order. They were soft, toasty, starchy and sticky-sweet, exactly the wrong thing to eat after a night of clear spirits and grilled meat. They were perfect, in other words.

Most of my days followed a similar pattern. I'd eat restorative soba or udon noodles, or a bento-style set of fish, rice, pickles and salad, for breakfast, and then I'd head to a promising ramen or donburi rice bowl spot for lunch before nibbling my way through food markets and pastry shops for the afternoon. (Butter-based French pastries – croissants and the like – are more consistently brilliant in Japan than I've ever found in France.) Somehow, I'd be starving again by dinnertime.

Often, as at Asakusa Okonomiyaki Sometaro, a beloved and distinctly old-school restaurant near the city's restaurant supply district, the service and setting were nearly as exciting as the food.

Sometaro specializes in okonomiyaki, which are large, substantial pancakes stuffed with seafood, ground meat, vegetables, shaved bonito, even whole eggs and mayonnaise – the customers do the cooking, and so can add whatever they like. Yet the room, in an old, wooden, shack-like structure with tatami mats on the floors and gas-fired griddles in the middle of each of its semi-private seating areas, was almost magical.

The wood-panelled walls were burnished to a rich, walnut brown from decades of cooking smoke. The floors creaked each time one of the staff walked by. And throughout the place, groups of cheery old men, families and even a couple of plaid-skirted school girls, sat around those griddles in their stocking feet, prodding and flipping their okonomiyaki, chatting about the day. It felt like a social club as much as a restaurant. I didn't want to leave.

In Kyoto, a few hours' train ride from Tokyo, I found a hushed and tiny tempura counter, called Tempura Yoshikawa, where a stern older man served the most mind-blowing fried food I've ever eaten, fishing it from the oil and passing it over piece by glorious piece. There were battered shimeji mushrooms that all but exploded with juice as you ate them; whole shishito peppers, miniature eggplants, wild shrimp and scallops, and tiny fish as light and sublime and unforgettable as a Pharrell Williams chorus – 12 courses in all, for a little more than $30.

Back in Tokyo, I found the single greatest bowl of ramen I might ever eat, at a little spot called Taishoken.

I even found the best sushi of my life, at a humble and insanely popular 12-seat counter in Tokyo's Tsukiji fish market, called Sushi Dai. It cost me $40.

Was it Jiro quality, my friends asked when I got home.

I can't say exactly. And I'm okay with that. 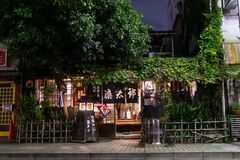 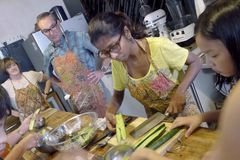 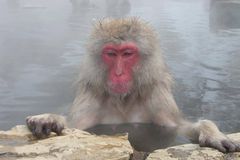