Her work has appeared on the apartment walls of Girls' founder Lena Dunham and in the pages of Vogue. Wallpaper designers Payton Cosell Turner and husband Brian Kaspr were also behind a pop-up gallery this summer at South Street Seaport Pier 17 in New York. Installations at their "wallpaper palace" included a zig-zag weave using 14,000 pencils and a wall depicting fruit doves created with pen, ink and spray paint.

But the design duo behind Brooklyn-based Flat Venacular (flatvernacular.com) find that living in a highly creative, hard-working city requires downtime – or at least some favourite takeout joints. Here, Turner shares five places she likes to recharge and seek inspiration.

"The Frick museum is one of my favourite museums. They have a beautiful garden. They have beautiful concerts. It's usually pretty quiet. It's in a serene part of the Upper East Side. So, it's sort of nice coming from Brooklyn to go up there and get a sense of the old New York and the old calmness that I remember from when I was a kid." 1 East 70th Street, frick.org

"It's a Mediterranean restaurant and has the most delicious food. We eat out a lot. There's one dish with radishes and feta that's absolutely out of this world. There's one with scallops that's fantastic. It's beautifully designed. Well, selfishly, they use our wallpaper, Trapezoid Day, which is a calm green-and-white colour. The rest of the space is a mix of industrial and organic design details. It's generally pretty quiet because it's at the top of Greenpoint, so it's relatively hard to get to. Greenpoint is the northernmost neighbourhood in Brooklyn, and it's quickly becoming like Williamsburg, but is still a bit more secluded. It's worth the trek." 95 Commercial St., glasserienyc.com

"I really love the Carlyle and Bemelmans Bar. The drinks, the atmosphere, it's just magical. You're transported into a different world reminiscent of a past New York. It has glamour, luxury, but also this sort of clever, whimsical warmth, which is depicted in the mural by Ludwig Bemelmans, the author and the illustrator for Madeline. He lived in the Carlyle and in return did that mural in Bemelmans Bar for his rent. My favourite drink is the Pearadise with Grey Goose La Poire and ginger. They also have amazing jazz shows at the Carlyle Club. Woody Allen plays there." 35 E 76th St., rosewoodhotels.com

"It's a tiny independent book store in Greenpoint. It's well curated. The people who work there are really nice, not pretentious. It's just a wonderful place to find something good to read. I've bought so many books at Word. I just read Where'd You Go, Bernadette from there. I saw Maira Kalman, who is one of my personal heroes, and Daniel Handler, the guy who did the Lemony Snicket series speak there. It was wonderful." 126 Franklin Street, wordbookstores.com

"It's this adorable cinema in Williamsburg where you can eat amazing food, drink cocktails and watch movies. They have old movies and midnight movies, as well as new releases. I just saw In a World there, which I loved. It's in a contemporary building with small theatres. There are comfortable seats and you have a little table for ordering drinks. You write it down, stick it in this little holder and they'll come and grab the paper and bring you whatever you want. It's so fun." 136 Metropolitan Ave., nitehawkcinema.com 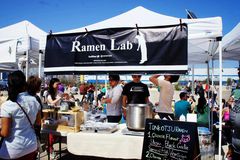 A Midtown hotel in New York that’s as unpretentious as it is luxurious
September 27, 2013 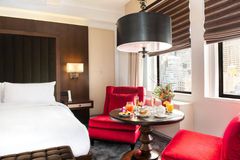 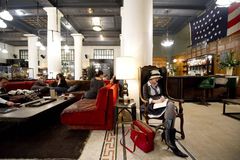