The trees give way to an open bay and everything shifts into slow-motion: ocean, mountains, summer sky. In the distance, passenger cars snake around a rock outcrop. This is exactly what I imagined while playing with model trains as a kid.

These tracks date back to the early 1900s and the Pacific Great Eastern Railway. Small towns and oceanfront vistas give way to wooden trestles and untouched wilderness. On the final approach to Whistler, the scene could easily pass for 100 years ago.

In a way, it's history that has brought me on this trip. A couple weeks ago, I found a photo of my father from the 1970s, posing by a glacier in a Grizzly Adams beard and a coil of rope. All cracking ice and crunching rock, it's the kind of photo that made me want to add ice climbing to my bucket list.

Dad trekked in the Columbia Icefield between Jasper and Banff throughout the 1970s, but I've decided on a challenge closer to home: the summit of Whistler Mountain.

Whistler Alpine Guides offers a guided ice-hike that covers the last couple kilometres to the peak. It's a half-day experience that includes crampons, ropes and ice picks along with the convenience of hopping on to a chairlift to return to the village. Perfect for a beginner like me.

Our train arrives in Whistler at a couple minutes past noon and there's no time to waste. Our bags were sent in advance to the Chateau Whistler so we head straight to the gondolas in the village. We meet our guide, Chelsea Sullivan, at a small, wooden lodge across from the Peak 2 Peak gondola.

We're over an hour late, but she tells us not to worry.

"Looks like you're already on mountain time," she jokes while outfitting us with harnesses, boots, ice picks and helmets.

"You'll fit right in here."After a few waivers and a quick lesson on how to use our picks, we're off. We follow a packed dirt trail up to the summit through purple fireweed and moss so green it glows neon in the midday sun.

The white patch of snow that Sullivan keeps pointing out looks tiny: more of a slope than a climb. But as we scramble over a final series of boulders, I realize why our guide spent so much time talking about safety. The pitted, aquamarine ice stretches upward on a 45-degree angle.

Many of the boulders around us have trails in the snow that lead toward the summit – leftovers from small avalanches that occur throughout the year. One rock is the size of a condo bedroom. As I try to imagine dodging something of that size, my eyes are drawn to a red streak above the lip of the glacier. It looks like the blood of hikers past.

Crampons affixed and safety rope in place, we begin to climb diagonally up the ice face. I stop halfway to catch my breath. With the exception of meltwater running beneath the ice, it is completely silent.

As we get closer to the summit, the physical effort involved also climbs – this is more strenuous than an easy mountain hike – but it's worth it. Mountain range after mountain range unfold across the horizon like a carnival fun-house mirror. It's one of the most amazing alpine experiences I've encountered.

Still, after a good night's sleep, we decide to up the ante with Blackcomb Aviation at Whistler's heliport. Hiked out, we settle on a chopper landing on Ipsoot Mountain's main glacier, roughly 1,800 meters above sea-level.

Cloud cover and sporadic rain nearly scuttle our plans, but our pilot, Andrew Murdock, eventually spots sun breaking over Garibaldi Park and up we go.

For the first 10 minutes of the flight, I feel like an egg in an Easter basket. Cliff faces collapse into valleys then reassemble into mountains and vanish into high clouds. Before my inner ear can adjust, we're gliding along a glacial crevasse, then landing in middle of a massive ice field. Yesterday's glacier is an ice cube in comparison.

We lift off and speed along the meltwater. Murdock clears his throat and says, "I saw this shot in a movie once. Want to try it?"

Seconds later, we're flying sideways down a waterfall, staring directly out the windshield at the valley floor. Murdock straightens out last minute. He flies along Rutherford Ridge, then follows a slender creek to the heliport.

Back in Whistler village, we agree that our alpine theatrics deserve a one-of-a-kind après. A close friend of mine is the former general manager of Bearfoot Bistro, a fine-dining restaurant that also doubles as the resort's culinary amusement park. He suggests we check out Bearfoot's vodka room – reputedly the coldest such tasting bar in the world.

Owner André Saint-Jacques greets us at the door like long lost family, with kisses on either cheek and a bear hug. From there, our evening devolves into calculated chaos: Sawmill Bay oysters on the ice bar, sabring bottles in the private cellar and a dinner with wine pairings under chef Melissa Craig's watchful eye.

After three courses, we're ready for the vodka room. With courtesy parkas, vodka-lined walls and a -32 C ambient temperature, this is my kind of sensory-deprivation tank. Mid-tasting, our host produces a custom "shot-ski" affixed with four, boot-shaped glasses. It elicits no shortage of volunteers.

The combination of liquor and sub-zero temperatures makes me instantly nostalgic for my first snowboarding trip. I consider calling my father to talk about following in his alpine footsteps, but after the shot-ski, the bartender makes a wise suggestion: "Sending a photo would probably be best."

By rail, the trip to Whistler from Vancouver takes three hours on the Rocky Mountaineer. From $269 round-trip; rockymountaineer.com.

Whistler Alpine Guides offer a variety of tours for climbers and hikers of all skill levels. A lift ticket is required for the Glacier Walk, Glacier Hike and Via Ferrata tours to the summit of Whistler Mountain. Tours range from $79 to $119 per adult; whistlerguides.com.

A customized, glacier walk or touchdown by helicopter with a guide or naturalist offers a one-of-a-kind glimpse into British Columbia's alpine playgrounds. Located at Whistler Municipal Heliport, Blackcomb Aviation offers shuttle service to and from Whistler village. Tours begin at $123; blackcombaviation.com.

The all-season Fairmont Chateau Whistler is conveniently located at the base of the Wizard Chairlift to Blackcomb Mountain. A post-trek soak in the outdoor whirlpools is a must. Rooms from $219 a night in the shoulder season leading up to summer; fairmont.com/whistler.

The writer travelled courtesy of Tourism Whistler. It did not review or approve this article. 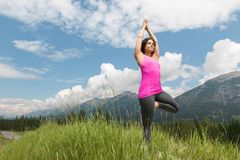 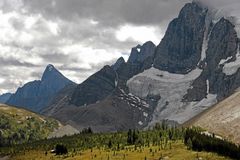 See the summits of the Rockies with high alpine hiking
July 26, 2012 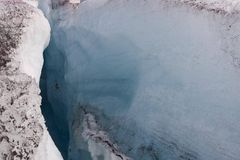