Skip to main content
AMANDA RUGGERI
Formentera, spain
Special to The Globe and Mail
Published May 12, 2014

"Formentera?" the server asked us, finding a place for our cups of coffee on the table between bottles of suntan lotion and beach blankets. "Why not Ibiza?"

It wasn't the last time we'd be asked that question. But only at the end of my stay in Spain's Balearic Islands – including five nights in Formentera and two in Ibiza – did I feel confident in answering. 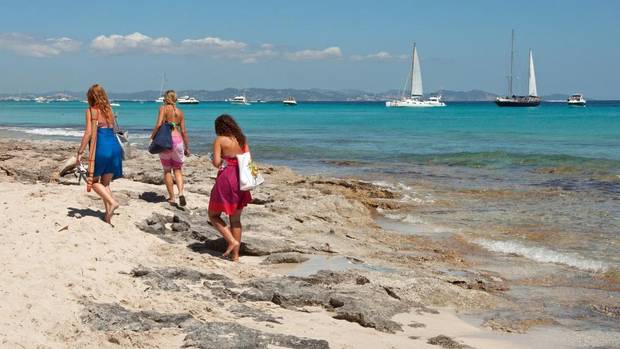 When a group of Italy-based friends and I decided to take a sun-soaked trip to Spain together last summer, we narrowed it down to two choices. The first was Ibiza, the island as known for its all-night clubs and over-the-top parties as for its white-sand beaches and crystal-clear waters.

The second was Ibiza’s next-door, smaller and lesser-known neighbour Formentera. Sitting 3.5 kilometres south of Ibiza – an island nearly seven times its size – tiny Formentera doesn’t have its own airport, meaning international travellers must fly into Ibiza, get to the port, and then grab a ferry. (The high-speed option takes half an hour.)

While Formentera is usually more expensive and has much less nightlife, we chose it because the island seemed much more manageable. In Ibiza, unless you were staying in the town centre or didn’t mind the constant wait for buses, you’d need a car. Here, we were assured we could get by on scooters alone. Formentera also seemed much quieter. Relaxing. Off the beaten path.

And, it turned out, exclusive. 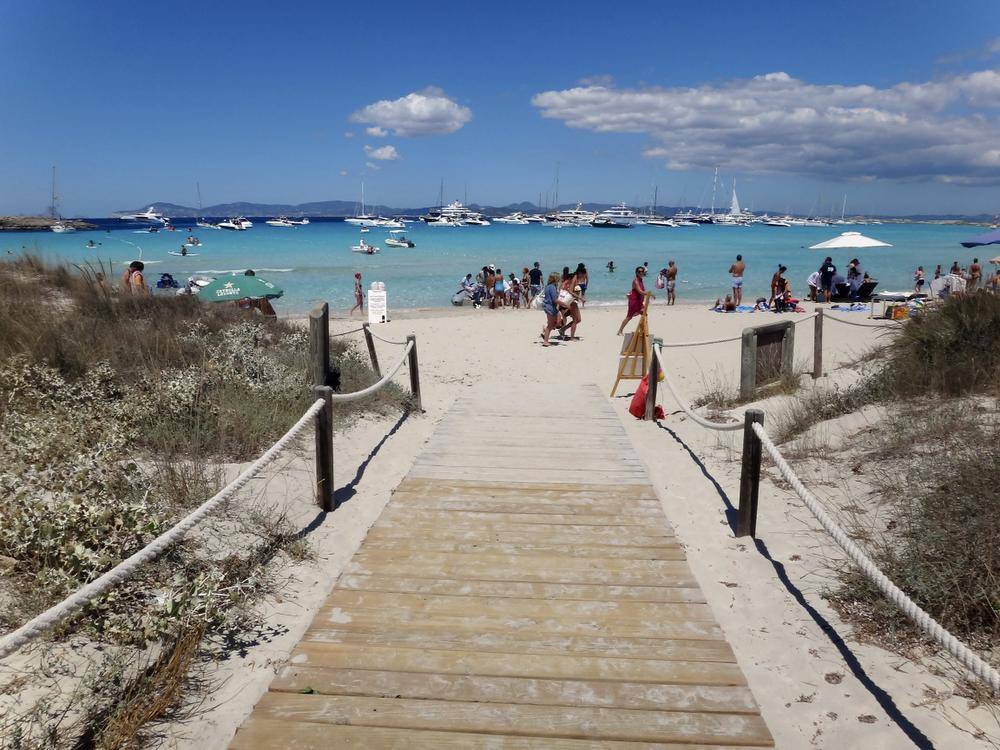 On our first day, we headed to Playa de Ses Illetes, one of the island’s most beautiful and best-known beaches. That’s where I saw the couple that fixed my first impression of this privileged isle. She was slender and blonde, with enormous sunglasses and a silk headwrap that managed, somehow, to add a dash of elegance to her tangerine-coloured bikini cover-up. He wore cargo shirts and a Piaget watch. She languidly trailed a dog on a leash. The dog’s tail had been dyed cotton-candy blue.

Not everyone on the island was such a character. Even so, I marvelled at the locals’ ability to welcome both vacationers, for whom Ibiza was too “pedestrian,” and plebeians like myself. Perhaps it’s in the islanders’ blood. 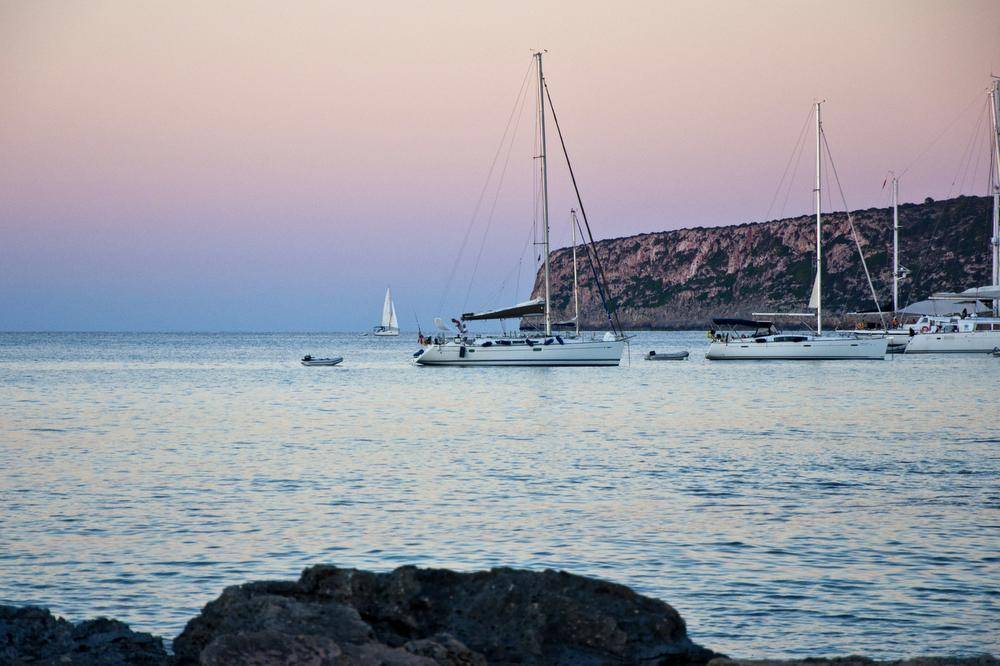 Only about 9,000 today call Formentera home, but those who have stayed come from a long line of tolerant individuals: Both Formentera and Ibiza were passed continuously from one conqueror to another, including Arabs in the 9th century and Catalans in the 13th, followed by pirate incursions through the 18th. As Ibiza became one of the Mediterranean’s most celebrated islands in the mid-20th century, Formentera shrank from its neighbour’s glitz and glamour. Instead, it remained staunchly undeveloped – and if it was known for anything at all beyond spectacular beaches, it was for the bohemian artists and free spirits who settled here in the 1960s and 1970s. (Famed visitors have included Bob Dylan and members of Pink Floyd.)

Blue-tailed dogs and 30 metre-long yachts aside, today’s Formentera retains one hangover of its hippie days: an anti-corporate attitude. High-rise buildings aren’t allowed. The relatively few hotels tend to be independently owned. Cruise ships, along with commercial planes, are sent to neighbouring Ibiza. Even the sand dunes that flank the beaches are traced with wooden walkways, helping preserve native flora and fauna. 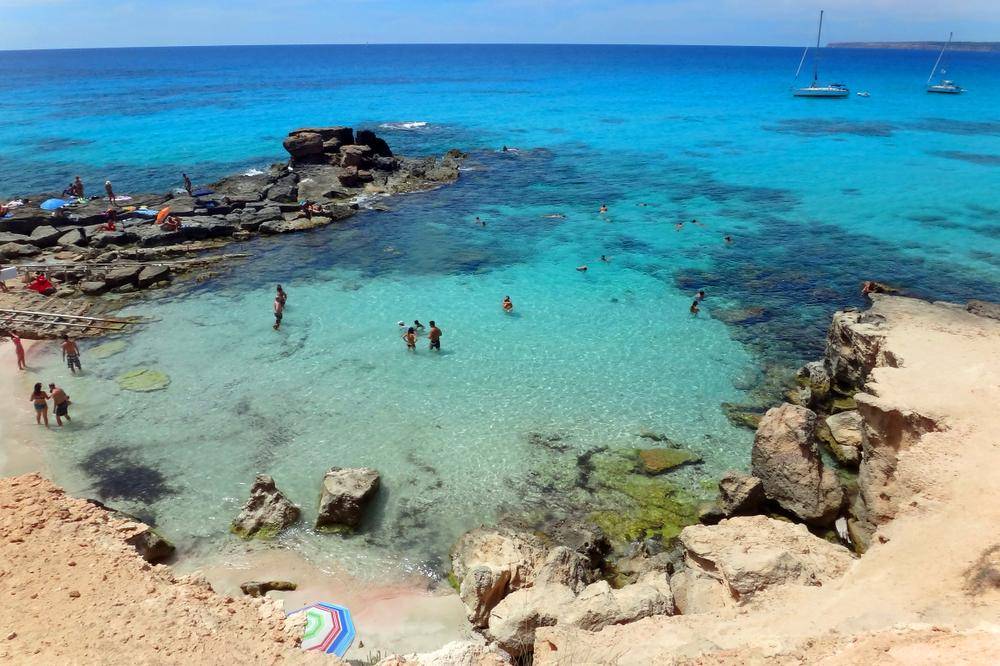 And that, of course, is what creates Formentera’s relaxed atmosphere. That’s not to say that the crowds don’t come here. They arrive in droves in July and August, particularly from Italy, which adds an Italian lilt to everything from the café menus to the accents of restaurant staff. Yet, even at the height of the August holiday on the island’s most popular, convenient beaches, ample amounts of sand are still found between blankets. For long stretches, meanwhile, only the odd beach umbrella dotted the blindingly white sand.

One day, I wandered along the coastline north from Playa de Ses Illetes, past fairy-chimney piles of stone placed by those who wanted to add a surreal detail to scenery that, with its electric-blue water and tranquil silence, already felt otherworldly.

Except for a handful of other walkers, most of them – like many of the sunbathers – topless, I was completely alone. 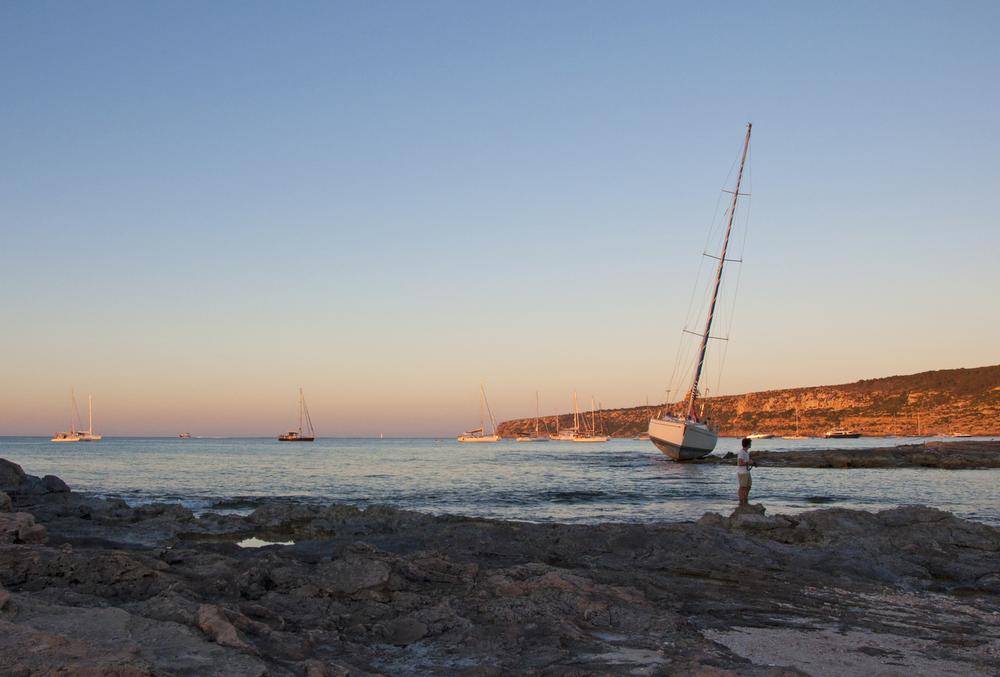 The laid-back vibe carried through into the evenings, when most would throw on tunics or shirts over their swimsuits – or not – and head to one of the beachside bars, or chiringuitos. El Pirata Bus is the quintessential symbol of Formentera nightlife: The bar got its start as a beat-up VW bus, serving cold drinks to the island’s hippies. The bus was carted away in 1983, but the bar, found down a dirt track off the main road, remains a local institution, although it’s little more than a beach-side hut serving up sangria and guacamole. At dusk, everyone on the island heads to El Pirata Bus for the sunset views. It is a crowd as amiable as it is sun-kissed, happily making room on the rocks for new friends to join. It also felt as far from blue-tailed dogs and Piaget watch-wearing islanders as I could imagine.

Later in the week, we headed to Ibiza. On the beach, the blankets were edge-to-edge, music blared, the water looked dingy and, every five minutes, I was approached by a new club promoter. Beach-side bars were packed not only with people, but the pressure to look a certain way; clubs, which didn’t heat up until 2 a.m., are exhausting.

I’m sure there’s a quieter side to Ibiza. But I know what my preferred part of Ibiza is. It’s just 3.5 kilometres over the channel in Formentera. 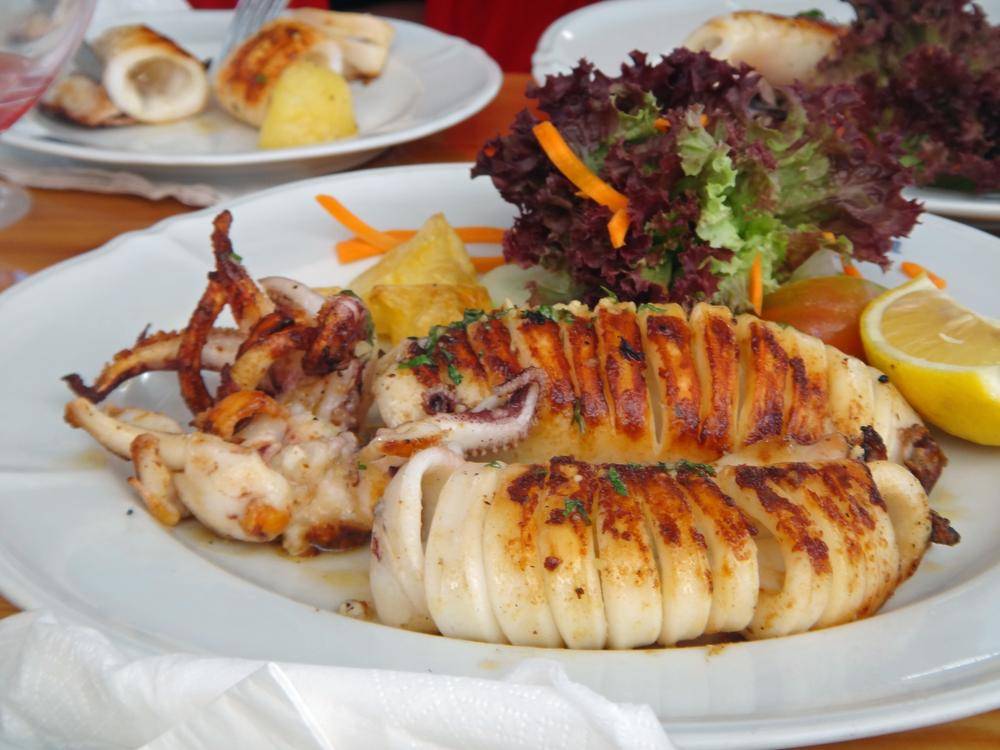 The closest airport to Formentera is in Ibiza. Air Canada and Lufthansa offer non-stop flights from Toronto to Madrid, connect to Ibiza on Iberia, Air Europa and Vueling airlines. From there, it’s a half-hour on the high-speed ferry ($42 one-way) to Formentera.

Agriturismo Es Pas has eight hectares of farmland and olive vineyards, views of the sea and eight bedrooms that can rented individually or as the whole building. From $180 a night. formenteraagriturismo.com

With the scarcity of hotels on Formentera, apartment rental is a common – and cost-effective – alternative. The units at beachfront Viviendas Turisticas Vacacionales Allida are clean and comfortable, with free WiFi and a swimming pool. From $45 a night. Es Mal Pas; allidaformentera.com

Overlooking a pristine cove, Es Calo serves up super-fresh fish, meats such as Iberian ham and what may be the best paella on the island. C. Vicari Joan Mari’, 14, Es Calo’ de Sant Agusti; restauranteescalo.com

Restaurante La Savina wins for romance with its sunset views, top-notch service and a creative, Mediterranean menu with dishes such as crab-stuffed rigatoni and, thanks to its vegan chef, options like vegan tiramisu. Avenida Mediterranea 20-40, La Savina; hostal-lasavina.com