Hunkered down in the hot African midday sun – crouching low behind a spindly little bush – I felt rather exposed. Earlier that day, I had embarked upon this walking safari with great enthusiasm, embracing the opportunity to encounter at least one of the Big Five animals in its own natural environment, away from the impediments (and safety) that come with the customary, open-backed safari Jeep. After a short walk down a narrow path, my guide, Calvet Nkomo – armed with a large rifle – spotted a six-ton elephant about 100 metres away. He expertly led me downwind of the animal; if he smelled us, Nkomo said, all bets were off, and big bulls like him could easily charge.

We took up a position and, soon enough, as Nkomo had accurately predicted, the elephant came to us, lumbering through the foliage and settling in just few metres away – upwind. Nkomo repeatedly signalled with one hand that I should crouch even lower. "He cannot see us," Nkomo assured me in an almost-silent whisper. But then, all of sudden, we had a problem. The elephant began making a low, guttural noise – an invitation, Nkomo said, to a fellow bull somewhere behind us to come and join him. We were caught between the two animals, running the very real risk of being trampled.

I was in Zimbabwe, a country that has, in recent history, made more headlines for economic hardship and societal unrest than for thrilling safari experiences. The past decade has not been kind to Zimbabweans: Under Robert Mugabe, the country's leader since its independence in 1980, the economy more or less collapsed. The currency spun out of control. Violence and human-rights abuses made headlines. But, since the nadir of "the chaos" around 2008, the country has experienced a steady recovery. Mugabe agreed to a power-sharing arrangement with opposition leaders, and the adoption of the U.S. dollar helped stabilize the economy. Last month, the country approved a new constitution (although the vote was not without incident) that includes a strengthened bill of rights and presidential term limits, leading the European Union to lift most of its sanctions. Tourism is coming back, too, making Zimbabwe – a country that until recently was all but off limits – one of Africa's next great destinations.

The day before my walking safari, I travelled to Somalisa, a luxury tented camp deep in the heart of Hwange National Park, with Nic Polenakis, part-owner of the camp and an experienced wildlife guide. Hwange is more than 14,000 square kilometres, roughly half the size of Belgium, and we bumped along for hours through the savannah in his weathered Jeep. We passed scores of animals, from timid impalas to playful baboons, majestic giraffes, quirky little warthogs and more zebra than I could count.

Polenakis said that it wasn't always so. "At the height of the chaos, it was a nightmare. There was no money in the country at all." Both humans and animals suffered. For the former, inflation spiralled to levels that would have been comical, if they weren't so tragic: Banknotes were printed in denominations of up to $100-trillion.

The animals in Hwange faced a twofold crisis. The lack of hard currency meant that wildlife camps and lodges, many of which closed during this period, could no longer afford to maintain watering holes fed by pumps that required costly fuel to operate. As well, desperate locals resorted to poaching for meat. It would have been far worse, Polenakis said, were it not for the vigilance of the park rangers (some of whom went months without being paid): They patrolled the extensive Hwange perimeter for weeks at a time, fed and aided by the remaining lodges along the way.

With the end of the crisis, previously shuttered camps are reopening their doors, new ones are springing up and – a sure sign of good things – international airlines such as Emirates and KLM have resumed service to the capital, Harare. The country's wildlife guides, who are required to undergo a rigorous four-year certification process, are recognized as some of the best in the world, and going on a walking safari is a true Zimbabwean experience. Despite the inherent risks of approaching wild animals on foot, guides keep guests safe, and it has been years since anyone was injured inside Hwange. Even on game drives, the guides here got me much closer to wildlife than those in the many other safari destinations I've visited. On one outing, I could hear the purrs and miniature roars of a lioness and her cubs as they nursed and played.

Which, obviously, was far less terrifying than being trapped between the two elephants.

"When he looks away, crawl on your hands and knees over there," Nkomo croaked into my ear, pointing to a nearby bush. I quickly complied. Soon we had crawled far enough to walk in a low, silent stoop. A few minutes later, we were back upright and Nkomo, feeling at ease again, hoisted the gun back onto his shoulder. We arrived back at our Jeep, climbing into the back to enjoy a couple cold ones. Within half an hour, the bull we had furtively viewed sauntered through the bushes and walked across the dirt road in front of us, turning to take us in as he headed to a watering hole.

"He has not seen us," said Nkomo, twisting his lips into a slightly mischievous smile. "He thinks he is seeing us for the first time."

Victoria Falls One of the world's largest waterfalls (its white curtain of water is larger than any other), Victoria Falls is amongst the mightiest and most breathtaking sights on Earth. It is split between Zambia and Zimbabwe; the latter arguably has the better views. If you're visiting during the rainy season (November to May), bring or rent a raincoat – a walk along the Zimbabwean side brings a good, thorough soaking.

Hwange National Park This giant wildlife preserve is home to more than 100 different mammals and 400-plus types of birds. The animals that roam its vast, subtropical plains include cheetah, wild dog, hyena, giraffe and zebra, plus all of the Big Five – white rhino, Cape buffalo, leopard, lion and the world's largest concentration of elephants (more than 30,000). Many lodges, with varying levels of luxury and amenities, are located around and even inside the park.

The Great Zimbabwe Located in the country's southeast, this UNESCO World Heritage Site is one of Africa's greatest historical and architectural treasures (and the place from which the modern country takes its name). The site preserves the legendary city of the Queen of Sheba, and was built by the Shona civilization between 1100 and 1450 AD. It is divided into three sections (the Hill Ruins, the Valley Ruins and the Main Enclosure) that spreads over almost 800 hectares.

Mana Pools National Park Set on the Zambezi River, this reserve offers both aquatic adventures and wildlife viewing. On "canoeing safaris," you can paddle past elephants, hippos, buffalo and crocs. The park's pools are one of the few sources of water during Zimbabwe's dry season (June to October), meaning that an array of wildlife can be viewed here during these months.

Matobo Hills National Park Inhabited since the Stone Age, the park is renowned for its rock paintings, which date back as far as 13,000 years, and beautiful hills of granite. Matobo is also home to a wildlife reserve and serves as the final resting place of Cecil John Rhodes.

Somalisa Camp This luxury tented camp is surrounded by Hwange National Park and features just 12 beds. Tented rooms include full-size beds, wardrobes, ensuite bathrooms and some electricity. On the edge of the camp, a watering hole draws elephants each day, affording amazing opportunities for up-close viewing. Rooms start at $330 (U.S.) in low season and include meals and daily game drives. africanbushcamps.com

Camp Amalinda Nestled into the granite of Matobo Hills National Park, rooms in this unusual hotel are built into the rock. While the overall effect is definitely "cave," accommodations are comfortable and include beds with mosquito nets, ensuite bathrooms and even small patios equipped with outdoor furniture. There's also a pool, spa, and opportunities for game drives and guided hikes. Rooms start at $280 (U.S.) per person in low season and include drinks and full board. campamalinda.com

Illala Lodge Located just steps from Victoria Falls, this boutique hotel is also within easy walking distance of the shops in town. Rooms are comfortable and include WiFi and satellite television. Excursions can be booked through the hotel's activities office; the Ra-Ikane, a sunset cruise up the Zambezi River, is definitely recommended. Rooms start at $160 (U.S.) per person, including breakfast. ilalalodge.com

SAFETY TIPS: The government of Canada has no nationwide advisory in place for Zimbabwe, but advises travellers to "exercise a high degree of caution due to the unpredictable security situation." The next election is expected to take place in July, which could lead to violence in some parts. In general, the country is safe to visit. Street crime is common, however, and avoid travelling alone. Use a trustworthy tourist operator to arrange airport transfers, and stay at good hotels and camps. For more information, visit travel.gc.ca/destinations/zimbabwe.

Tim Johnson spends most days on the road. He visited Zimbabwe courtesy of Expert Africa. The company did not approve or review this article.

Rare rhinos and lazy leopards: Notes (that you can use) from our blissed-out African safari
February 2, 2013 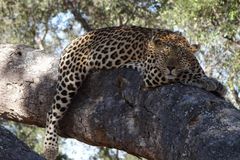 You gotta pee in the Serengeti? You gotta get past me
January 14, 2013 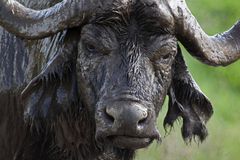 What's it like to swim in a crocodile-infested river?
February 11, 2013 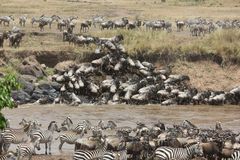